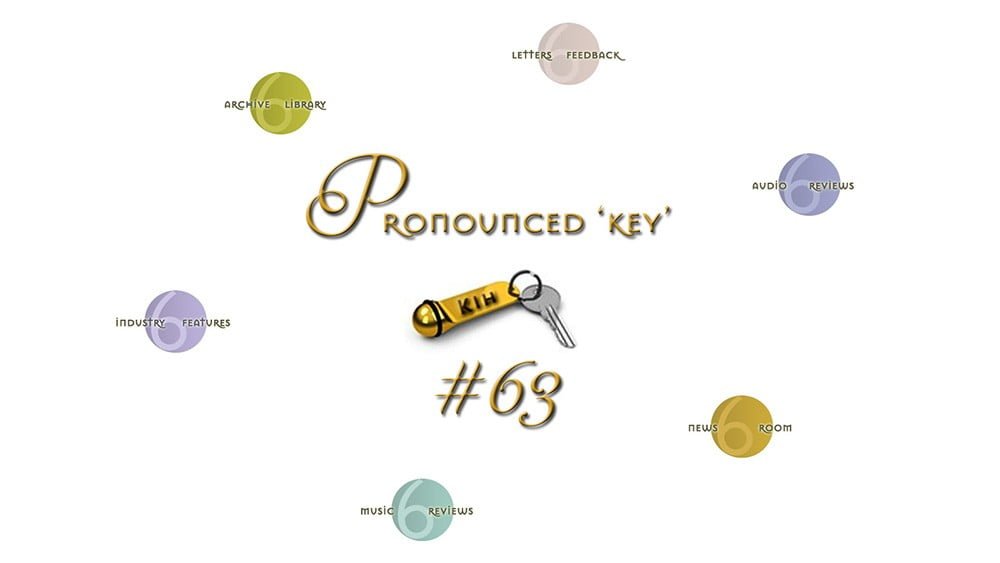 Dynamically challenged? Being referred to as dynamic speakers makes the breed distinct from planars like classic MartinLogan, Quad and Magnepan. Following nomen est omen, one might conclude that dynamics would be a dynamic speaker’s greatest forté. But speaker designer Pat McGinty (of Meadowlark) explains why they’re more challenged than you might think.

He begins by explaining what creates the notion of slow bass. “Three common causes are poorly aligned vented enclosures, cheap drivers and elements that cause poor electrical damping. Most conventional bass systems are ported to obtain more bass output than an equivalent sealed box. They do this by tacking on an additional resonant system—the port—in series with the compressed air which already exists in the basic closed box.”

“Vented designs store energy and release it later like a struck bell. The initial energy of a bell’s strike is absorbed before it re-radiates. The more resonant the bell, the longer it rings. That’s its entire rationale. In a well-designed ported alignment, the added ‘warmth’ from the system resonances sounds quite nice. It’s not severe enough to trigger objections. But a designer hell-bent on the lowest possible F3—the point where the bass response is down 3dB—creates a longer-ringing bell. His bass system takes more time to settle down. The win is added extension. The losses are of timing and control.”

“The greatest place for drivers to cheap out is their motor. Customers don’t see it. Just like bells where lower notes require a heavier bell, higher woofer cone weight lowers the F3. Combine that higher moving mass to a wimpy motor and you see the problem. To make the cone quicker, you’ll want it lighter, then coupled to a higher force, i.e. a bigger motor. Sadly lighter moving mass shifts up our F3 so hopes for faster and lower bass do work at cross purposes.”

“Next we add the concept of electrical damping. You can simulate that by comparing how easy it is to push in your woofer cone when the speaker does not connect to your amplifier; and how you must push harder when it does connect (if your amp couples properly). That higher resistance to your push is electrical damping in action. It’s related to low amplifier output impedance or plenty of copper in a tube amp’s output transformers.”

“What can diminish that amplifier control are parasitic impedances like long or poorly designed speaker cables, inferior speaker hookup wiring, bad connectors and, most common and by far worst, lossy crossovers. All these impedances are in series to sum. Taking stock, we look at the resonant system of a speaker’s port or captured air volume not wanting to get going, then not wanting to stop. We add the same issues from the woofer’s motor/cone/air/suspension system. We season with poor amplifier damping and presto: the entire system takes several cycles to come up, then several cycles to shut up. Its output is delayed. That’s the cause of the ‘slow bass’ perception. In tech terms, we talk of poor rise and settle times.”

This gets us at McGinty’s humorous but relevant three laws of speaker engineering.

3/ most of the trade-offs include money. 2 accelerates it. 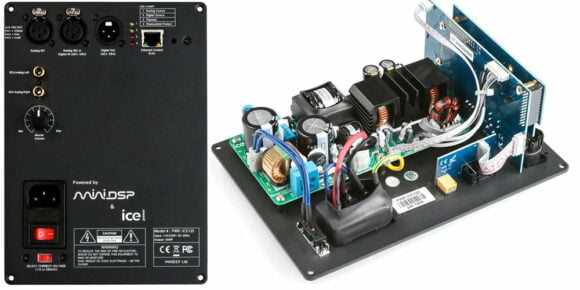 “Each time we double current flow through a voice coil, it generates four times the heat which mirrors in equivalently rising impedance. Hello adverse square function. As input current increases, output falls off rapidly. Like wires in a toaster take a while to heat up then cool down, voice coils also suffer a thermal time delay. The longer your session, the more heat accumulates.”

“A crossover’s transfer function too is modulated by changes in voice-coil impedance. For a low-pass filter, corner frequency rises with impedance. Heat = glare. Also, filter Q and total system Q wobble with impedance. The obvious solution would be to not heat up your voice coils in the first place. Given typical woofer inefficiency where only 2% of power makes sound and the rest becomes heat, that’s a tall order. One could restrict input power to below what the voice coils can dissipate in heat. That simply puts a limit on how loud and long you can play before dynamic compression sets in again.”

“Better drivers counter these issues with convection, conduction and diffusion. Speaker designers can add multiplication. Convection means superior heat transfer with more effective airflow management like the common vent through the driver back plate. That turns the moving system into an air pump. It could mean perforated voice coil formers, elevated spiders and other tricks.”

“Conduction involves strategic materials like lightweight aluminium or titanium bobbins and metal cones which become their own heat sinks. Diffusion increases voice coil diameters which demand bigger motors to make up for the losses in flux density. Multiplication divides the generated heat across multiple drivers. These solutions come at a price. If we combine them all for maximum benefit, we hit a run-on effect of steeply spiking costs.”

“Mechanical compression happens because a motor moves a coil against a static magnetic field. How much coil remains in the sweet spot of the magnetic field depends on the excursion. The higher the excursion, the lower the motor force on either side of the voice coil. As the moving mass approaches the mechanical limits of its elastic components (spider and surround), they resist harder and harder.”

“Where small excursions still give us twice the output for double the input, as we stress our woofer harder, that relationship falls. Dynamic linearity is modulated by coil position. Now we understand why undue greed for a low F3 trades off dynamic performance. That’s a very common problem.”

“The requirement behind linear dynamics is that cone motion track the rapidly changing input signal precisely and without losses. It’s basic Newtonian stuff. F=MA. You want maximum A so big F and small M. With current tech, there’s a practical limit to the intensity of available magnetic flux. We can’t really keep on scaling up F to keep up with increasing M. Larger cones aren’t just heavier, they face a higher load when they meet the air (acoustic impedance). M is physical mass plus air load.”

“Fortunately stroke and diameter are interchangeable. A driver’s displacement determines how much work it can do. You figure that out like automotive engine displacement: working area times stroke times number of cylinders as a volume specified in litres. The speaker notation is emissive area (Sd) times peak-to-peak linear excursion (Xmax p-p). We see why two motors driving smaller cones is better than one big motor driving a much larger cone when the total displacement is equal. We apply twice as much F to the same load. Now we again spend more.” 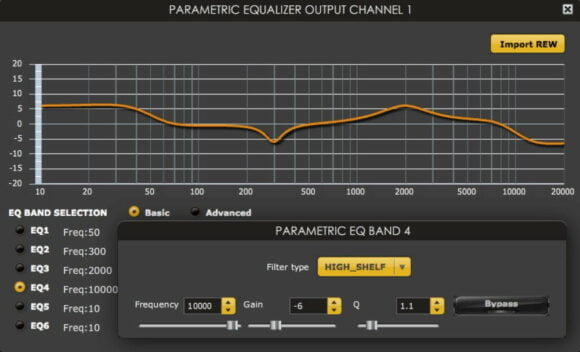 “If we look at typical crossovers, they tend to be complex with many caps and coils. Those too work by absorbing power, then releasing it later. While this doesn’t interfere with dynamics per se, it does interfere with our perception of the leading edge which turns softer. It can make music feel lifeless even when amplitudes scale well. It’s why I’ve always championed minimalist filters without the common capacitive shunt in a woofer’s circuit.”

“On the other end of the bandwidth, even the best dome tweeters run out of gas quickly. Given the wavelengths involved (20kHz = less than an inch), diaphragms must be small to avoid beaming. With F=MA, mass must be tiny to move this quickly. That implies dainty voice coils which heat up quickly. Cooling with ferrofluid between coil and gap puts a damper on dynamics. It obviously makes no sense to combine this type tweeter with a dynamically endowed bass system. As one plays louder, the bass will scale properly, the treble falls behind and the sound gets dark and thick.”

“It’s why the Oskar Heil air-motion transformer tweeter has become popular. It pleats a large diaphragm for a big work area into a small aperture and spreads the conductive voice-coil trace across a large area which squeezes air like a bellow to tick off the thermal issue as well. The challenge with AMT are high fabrication tolerances to work properly. Cheap versions can sound very bad.” 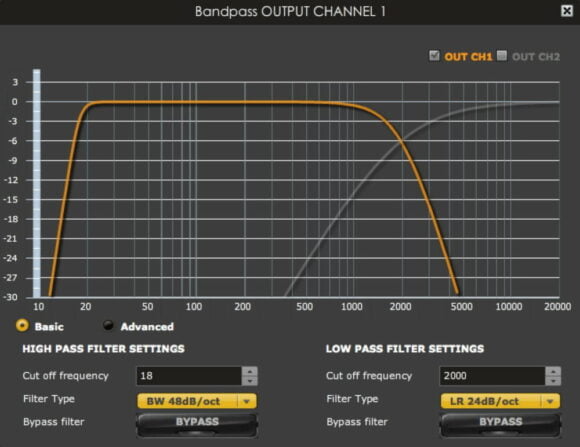 Explaining why modern active sealed Meadowlarks exceed the original passive transmission-line versions, “like a vented box, a transmission line adds a resonant system to the closed box which resonates due to the fundamental resonance of the driver combined with that of the trapped air volume. A vented alignment tags on the tuned port’s resonance, a TL attempts to damp that resonance resistively. Both vented box and TL attempt to lower the F3. Optimizing my older designs between correct signal tracking and this extra ‘warmth’ or ‘body’ consumed much of my attention.”

“My alternatives then were between pleasing bass quality with decent extension quantity involving a certain deviation from accurate signal tracking; or a critically damped closed box with a loss of extension and a dry tight less popular sound. I opted for transmission lines. Today I simply align the bass system of my closed boxes for optimal signal tracking, then compensate for lost extension in the digital signal processor. No added resonances are needed. And I can dial in whatever bit of warmth I prefer in the parametric equalizer. So can my customers once they access that PEQ.”

“Now that the infernal passive low-pass filter is gone, the amp has a much better grip on cone motion. We have nothing but a short wire between amp and woofer to hear more bass textures with a real sense of speed and detail. Similar improvements happen in the midrange.” 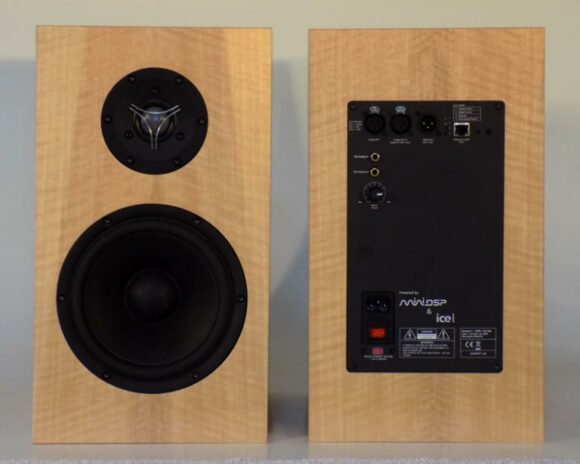 If you haven’t made the connection yet, the new Meadowlark range is fully active, digitally filtered, DSP adaptable and uses top-shelf drivers from the likes of SB Acoustic’s Satori range. If you want less dynamically challenged speakers, going active with superior drive units is the most promising route. This being Darko.Audio, that won’t be news to you but a little reminder is never useless… 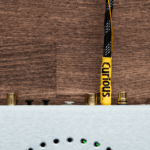 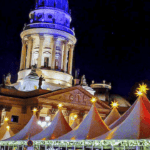