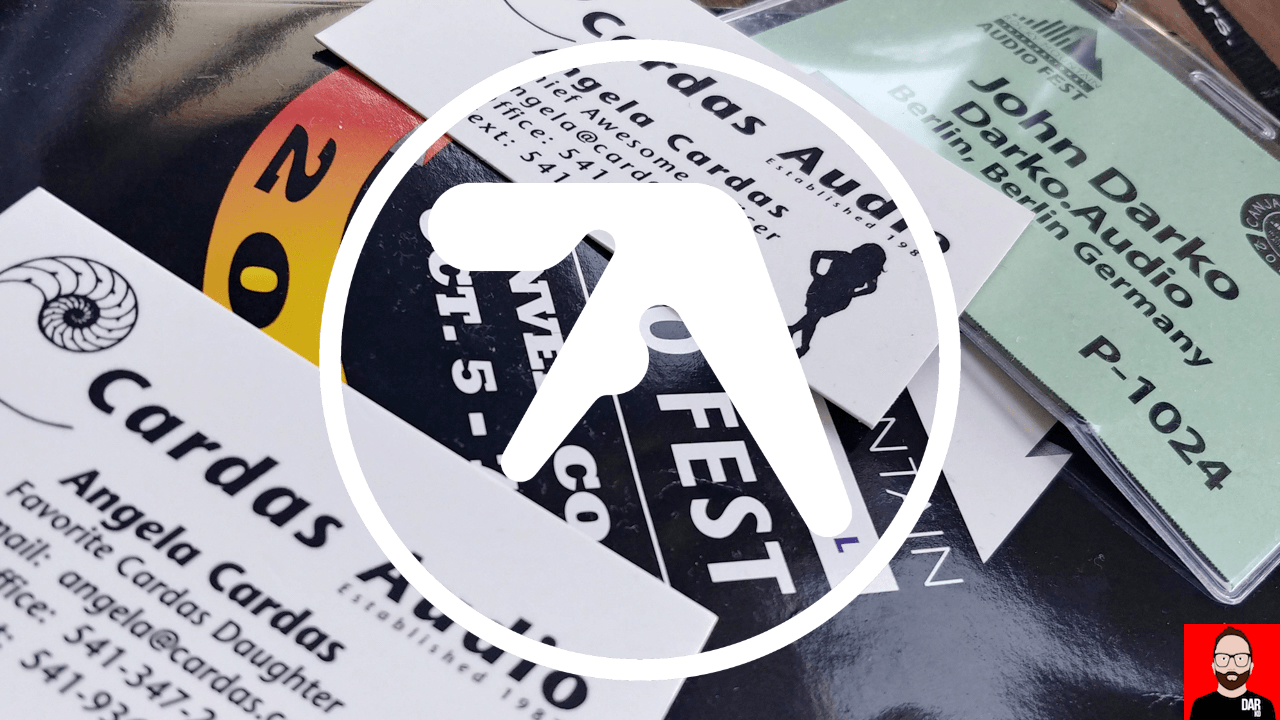 As RMAF 2018 drew to a close, I joined Angela Cardas in the Marriott hotel bar for a chat about her role as manager of Cardas Audio and what she thinks of the term ‘WAF’. Guess what! She’s “not a fan”. The way Cardas tells it, the days of audio shows being an escape from the family are over. Now is the time to include the family (as exemplified by Munich High-End).

Echoing this sentiment is Zu Audio‘s own RMAF 2018 reflection: “If it’s one thing exhibitors at these hi-fi shows need to do better is play music that more people want to hear—the days of playing ten safe cuts of pretty and impressive music are long gone.” The majority of exhibitors still pull from a shallow pool as beige as the name given to the refurbished Marriott’s bar: Pint Brothers.

A more progressive minority have begun to play ‘Pass the iPad’. Sat in front of a pair of Manger S1 active floorstanders in the Mo-Fi Distribution/Primare room, the devil in me in wanted to punch in Aphex Twin’s “Cock/Ver10” from Drukqs; but I kept it polite with “Alberto Balsam” from …I Care Because You Do. And it sounded quite lovely. My third Aphex Twin listening experience at RMAF 2018. Five years ago this would have been unthinkable. 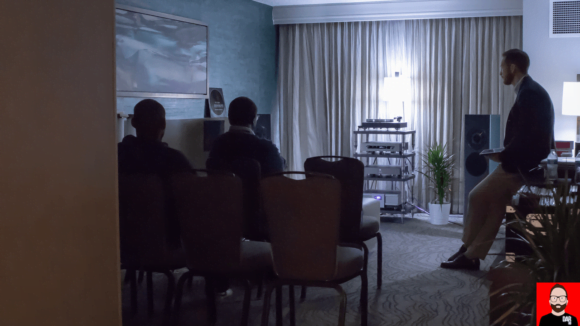 [Side note: every Aphex Twin release can now be streamed legally and for free here. Take that, Neil Young.]

As Tidal and Qobuz continue to percolate through the collective audiophile consciousness and more exhibitors bring their own Internet connections to audio shows, the more likely we are to see the shot-calling shift from exhibitor to attendee and, therefore, the variety of demo cuts deepen. Exhibitors who fear adapting to this change will eventually be left to flounder as the dinosaurs of a bygone era. As Angela Cardas correctly asserts, RMAF, and audio shows like it, are no longer your Father’s events.

In 2019, RMAF moves to pastures new: the Gaylord Rockies Resort & Convention Center is five minutes from the airport but further from the city than the Denver Tech Center. The show date also changes to the first weekend of September, which more than one exhibitor pointed out is setup weekend for CEDIA. C’est La Vie. 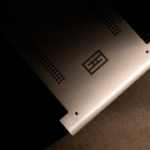 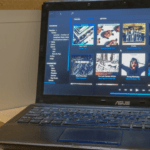