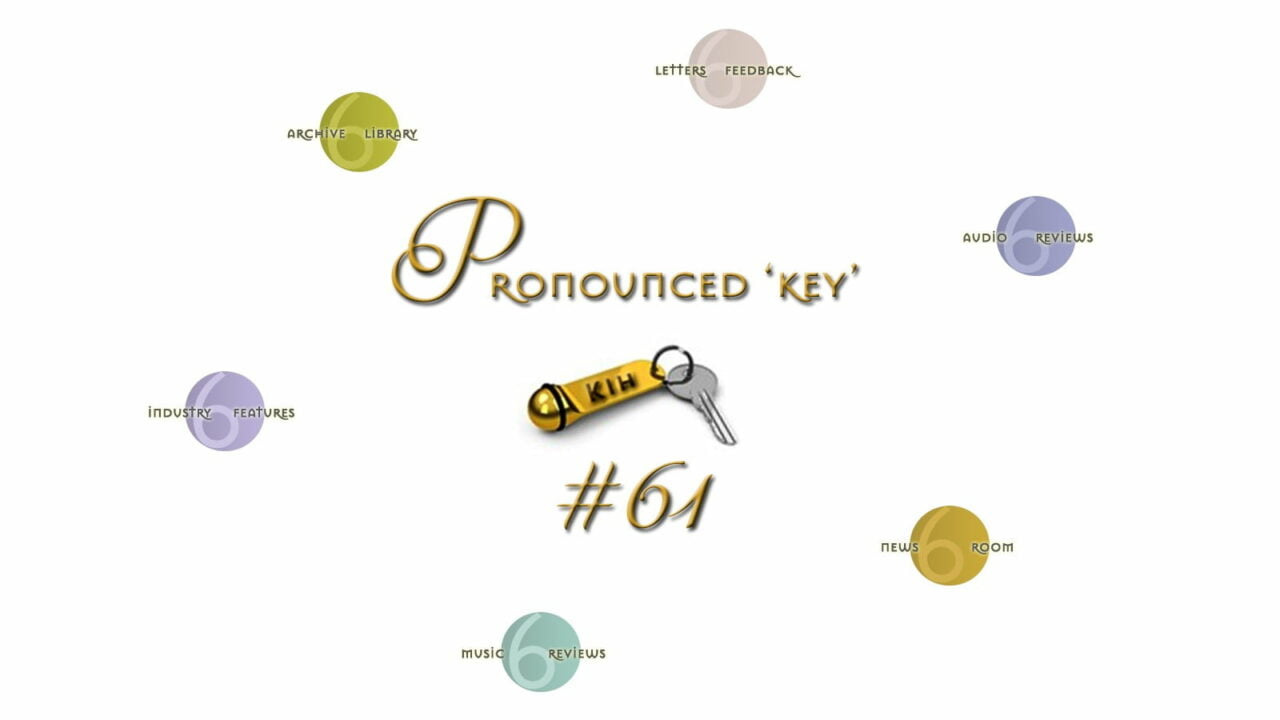 RIP. Rest in peace. That’s what many have said or thought about CD already years ago. My recent encounter with the Jay’s Audio CDT2 MkII looked at this reality in perspective; another RIP. Yes, sales of physical CD are down; way down. But the Redbook standard behind them which etched those well-known 16-bit/44.1kHz values in stone remains in place for 99.9999% of all available music. Not only is CD resolution very much alive, it is the de facto status quo. Virtual CD as the .flac, .wav, .alac and .aiff files people listen to are today’s dematerialized silver discs: same thing, different packaging.

Of course, if you stream 320kbps as the best version of the MP3 compression scheme, you operate at already a 4.4 loss ratio versus the CD’s original 1’411kbps data density. That MP3 or Ogg Vorbis (Spotify) file isn’t a zip which restores to full glory after unzipping like a DropBox image batch does. That file threw away data which a psycho-acoustic algorithm deemed redundant because it was masked by louder sounds to not matter. In optical terms, that’s nearly identical to the 4.1 loss ratio of a 72dpi web-ready image compared to its 300dpi print-ready version which is how the Library of Congress recommends the storing of archival images. 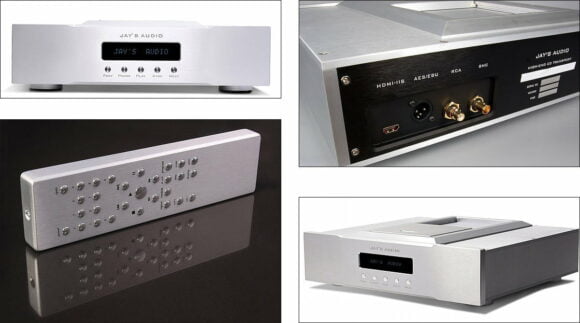 Whilst the hi-rez movement and parallel trend to ever higher upsampling might imply that 16/44 is low resolution, it’s not. It’s 2018’s take on full resolution. Anything above that is extra; if you can find it in the first place. Why ‘if’? Unless sundry hi-rez catalogues contain music you actually care to listen to—own, rent access to—you’re right back at Redbook. How many studio master DXD albums can you actually buy? How much of your favourite music is available at 24/44.1, never mind 24/96? 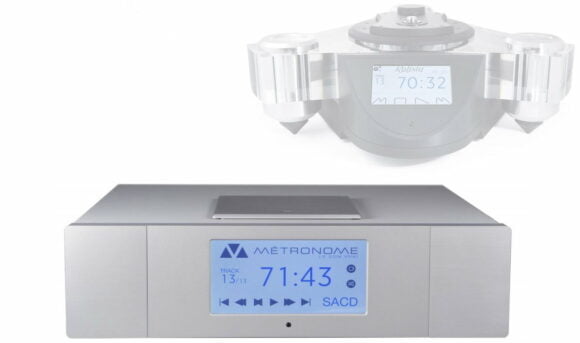 In my Jay’s review, I compared a 6GB DXD master file—i.e. one that was recorded/mastered at 24-bit/352.8kHz– to its 700MB 16-bit/44.1kHz CD and 24/96 and 24/192 .flac files all downsampled from that same studio master. It pitted presumably RIP physical media read optically by a new-old-stock but still 20-year old Philips CDM4 single-beam swing-arm mechanism against hi-rez USB. DXD sounded marginally better and softer than CD particularly in the treble. So did 24/192. The other files did not. That’s because to hear the DXD master natively, I had to remove the super-capacitor powered Soundaware D300Ref USB bridge. That limits at 24/192. Without that posh USB decrappifier, our music iMac running Audirvana 3 had to stream direct to DAC. In that scenario, Jay’s €1’650 CD transport via AES/EBU into the same DAC pulled even with 24/96. Only 24/192 and DXD were slightly superior and at that, virtually indistinguishable from each other.

Inverting that scenario, I compared the 16/44 file over USB to its CD equivalent. Now the physical media clearly, demonstrably, undeniably trumped their virtual cousin. Without USB audio being first spit-shined—dejittered, reclocked, de-noised, de-whatever’d—by our top-quality €2’400 USB bridge, Retina-display MacMusic was whupped by CD from six feet under. That smarted. But given how my KIH columns are about keeping it honest, I thought you’d want to know. 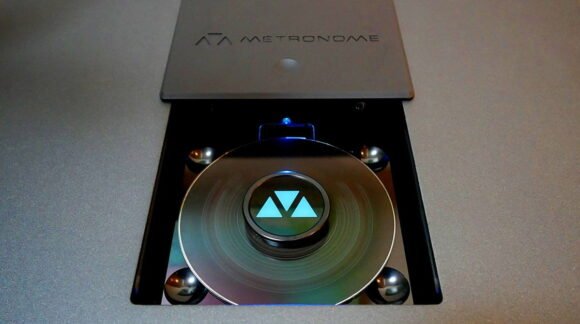 What’s the upshot? I can only speak for me, myself and I. Unless our unholy trinity optimizes USB audio beyond our 32GB RAM PureMusic/Audirvana’d iMac with quality double-header red KingRex USB cable, legacy physical CD read with a top-notch transport like Jay’s outperforms it by not a small margin. Truth told, I’d not done such a comparison since all of our CDs migrated to office-storage cartons and into the barn many years back. USB audio–streamed .aiff files where Audirvana or PureMusic buffer albums to the iMac’s maxed-out RAM to spin down its FusionDrive–had become my default listening mode. And I’d not looked back.

Now I’d not just looked back. I’d been back to once more spin physical discs. Forget the cigar and T-shirt. I’d eaten crow in the process. But once I’d taken the black feathers out of my mouth, it tasted real good; delicious in fact. It just left me with one tiny little nagging question. How far had USB audio really come in those intervening years to justify the incessant RIP CD chorus? 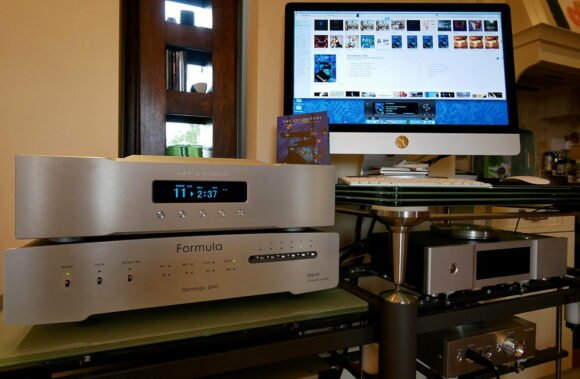 Editor’s note: It’s always been my experience that optical disc spinners better the same CD ripped to a hard drive (local or network) and spun from an off-the-shelf computer or budget streamer. I’ll not easily forget an A/B at a pal’s house during my Sydney days where an Audio-gd digital disc transport squarely kicked a Squeezebox Touch into (err) touch handling the FLAC equivalent. Macs and PCs can get us closer but not close enough, no matter how we fix ’em up with re-clockers, and specialty software. Experience consistently tells me that moving file playback to a dedicated $treamer and $uper deluxe USB cable is the only way to even the score against a high-end CD player’s S/PDIF output. 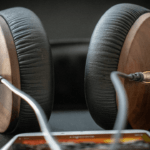 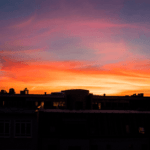