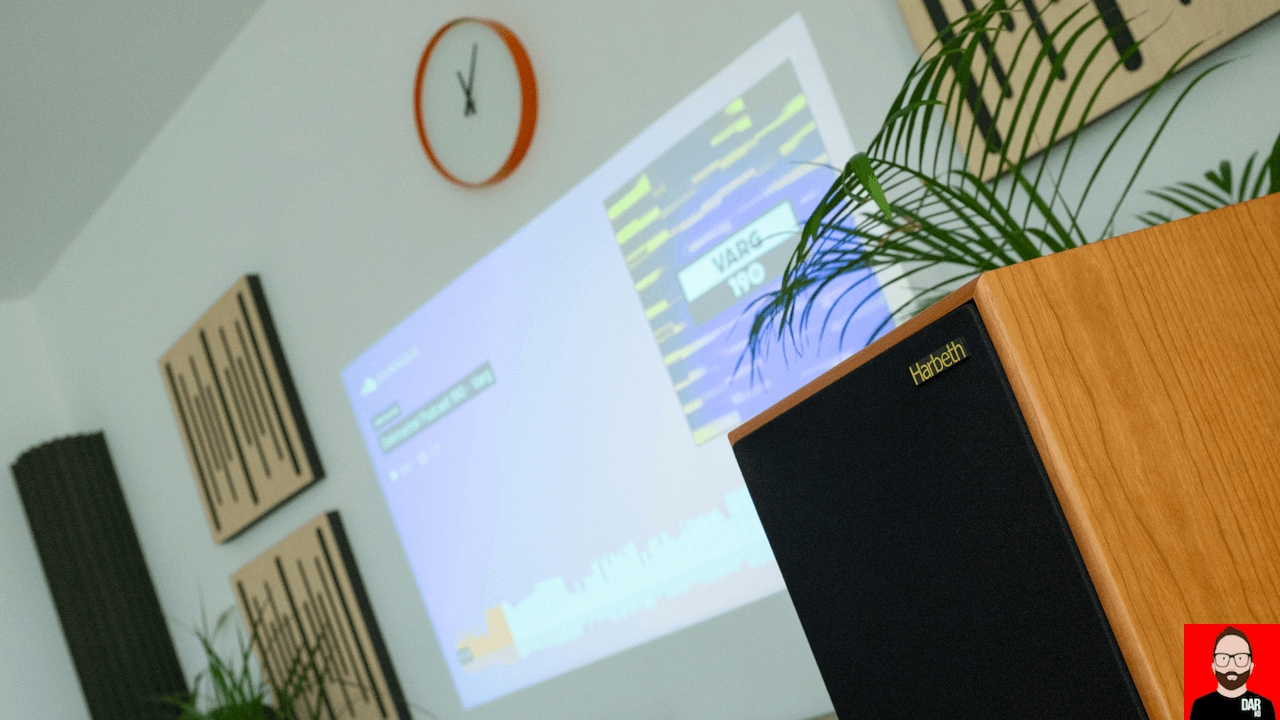 What’s the biggest problem with digital audio? For this audiophile, it’s that there’s nothing to look at whilst listening. Vinyl playback gives us the turntable and its rotating record plus a large sleeve with liner notes. But with music streaming from across our home network or from the cloud, from server to streamer, the format itself is invisible. We can’t look at a FLAC file – only its metadata.

Some streamers address this issue. Both the Naim Uniti Atom and AURALiC Aries G1 show metadata on their front panel; as did the Logitech Squeezebox Touch (RIP). Covert art display on the streamer itself gives our eye-brains something to look at whilst listening.

This additionally speaks to the appeal of Roon’s magazine-like layout on the iPad and desktop. We browse and read as we listen. In the lossy streaming service space, Soundcloud is my pick of the  ‘now playing’ UIs. 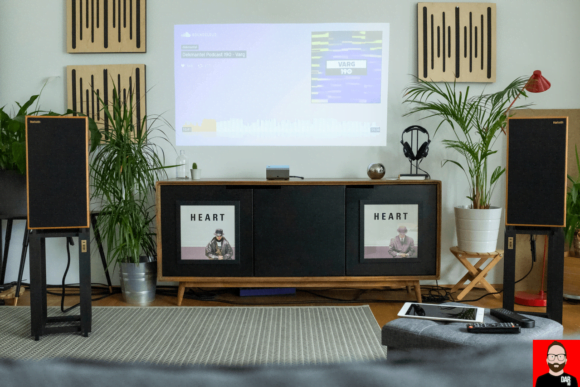 The solution to making these ‘now playing’ screens bigger in our homes isn’t quite as simple as pointing a projector at a wall and connecting up a PC or Mac. Roon has a smartphone remote app but Soundcloud does not which renders the comfort of the couch forever temporary.

For a seamless switchover between Roon and Soundcloud, we look to Google’s Chromecast dongle that adds Tidal, Spotify and Qobuz to the mix (although not gaplessly). However, my projector of choice, the LG PH450U offers no decent digital audio output and the Chromecast itself offers only HDMI out.

We extract the digital audio from the Chromecast’s HDMI output with a third device: an HDMI splitter. HDMI in, HDMI out (routed to the projector) and TOSLINK out (routed to our audio system’s DAC).

The (Amanka) HDMI splitter’s digital output isn’t the best I’ve ever heard. It’s a few steps short of the Bluesound Node 2 but, with our DAC of choice in play, it’s also a long way from terrible; and substantially better than the LG projector’s own internal D/A conversion.

That makes it perfectly adequate for lossy streaming services, especially Soundcloud whose now playing screen splashed across my lounge room wall is a sight to behold.

The Chromecast integrates with existing smartphone apps (and the Chrome web browser) and thus talks to existing music libraries where lossless supply is available from the likes of Tidal, Qobuz and Deezer.

A visual feast means any newcomer conversation isn’t buried by hi-res audio talk. They (and Roon) can come later, once the audio bug has bitten.

And like Roon, Google’s Chromecast takes the nerdiness out of streaming but for the lowly sum of €30 – or €50 with the HDMI splitter factored in.

We eat first with our eyes — why should high/er-end music streaming be any different? 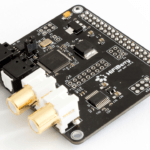 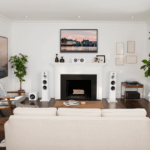