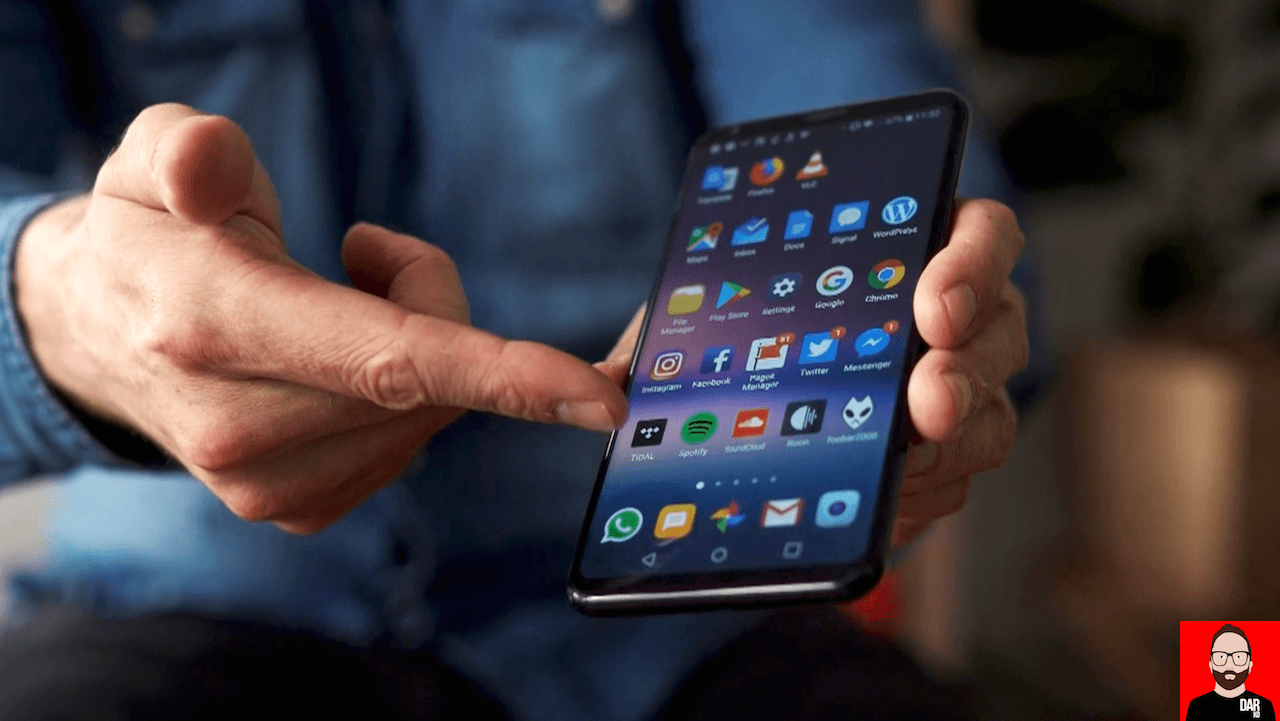 This is the third in a series of posts called ‘The DAP days are over’. You can find Part 1 here, Part 2 here and Part 4 here.

Why do digital audio players exist? Simply put: because many smartphones just don’t sound very good. They aren’t designed to satisfy audiophile sensibilities. Furnishing the mass market with thinner smartphones loaded with more resolving cameras is a higher priority for manufacturers like Samsung, Motorola, Huawei and Sony than delivering better sound quality through the 3.5mm headphone socket. A socket that Apple kicked to the curb two years ago.

And so smartphone users looking for better sound quality on the go often resort to a second device: a dedicated portable music player that’s engineered to sound as good as possible and that, more often than not, adds support for hi-res audio. This has given rise to a blossoming DAP industry, led by the likes of Astell&Kern and Sony, that Neil Young attempted (and failed) to bring to the mainstream via his Pono Player.

In 2018, we find the average DAP’s qualitative edge under fire. Dongle DACs like the AudioQuest DragonFly Red/Black improve on a smartphone’s internal D/A conversion and headphone amplification by bypassing it altogether. The AudioQuest dongle extracts digital audio from a smartphone’s USB/Lightning port to bring its own superior sounding circuitry into play.

That leads us to a less frequently discussed point: that the majority of DAPs don’t provide access to Tidal, Qobuz, Spotify or SoundCloud. In the streaming age, DAPs that rely solely on microSD file playback look positively old hat. Imagine a network streamer coming to market that only offered home network playback via UPnP but nothing from the cloud — that’s where many DAPs are at. 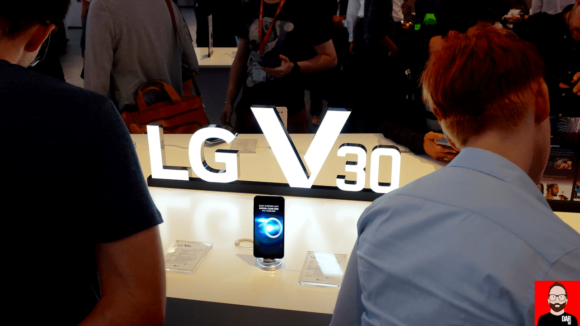 And if porta-fi-ers simply must resort to a second device for music, why not make it the Chord Mojo-Poly that, for the technically literate, adds streaming service support via Apple Airplay and Bluetooth to microSD card playback whilst running audible rings around DAPs selling for well over twice its ~€1000 asking price?

So far in this series, we’ve looked at appendages and second devices. And yet the most direct route to better portable sound would be to source a smartphone that’s been built to satisfy audiophile sensibilities.

The LG V30 is one such smartphone. It features 64Gb internal storage for local file playback but DAP-like behaviour starts in earnest when we look to its microSD card slot to which users can BYO memory cards of up to 2TB. The V30’s Android OS opens the door to streaming services: Tidal, Qobuz, Spotify, SoundCloud et al.

At its IFA 2018 launch, the LG V30 was priced at US$799 but the subsequent introduction of new flagship models by the South Korean company – the V30S ThinQ and the G7 ThinQ – means the V30 is now available for quite a bit less than that, if you shop around.

The LG V30 offers a better (6”, 1440P OLED) display than the comparatively washed out Xiaomi Mi A1. A delta matched by the price differential. Looking upstream, the V30’s screen might not match the colour pop or the performance of the latest Samsung or Google Pixel. In using Google maps on the V30, I noted some odd behaviour when pinching to zoom inside Google Maps. And more than once.

The same could be said of the camera. The image quality is good. Probably not the best available but certainly nothing to complain about for the money. And the super wide second lens is extremely useful. Judge for yourself though: the V30 was used by yours truly to shoot video and stills at Munich High-End 2018.

All features considered, there are likely better flagship smartphones on the market. But when it comes to sound quality, rivals are all but non-existent. The Onkyo Granbeat is only available in Japan. And err…

For those who care about such things, the V30 calls for no third party assistance on audio quality. No dongles, no Mojo-Poly. It sounds terrific as is: considerably more dynamic than the Xiaomi Mi A1’s hiss-ridden 3.5mm output; and more abundant with tonal colour than the iPhone 6S Plus’ 3.5mm output. And even though the V30 sounds less resolving with lower dynamic thrust and impact than the Chord two-fer, it’s the only smartphone I’ve heard to date that pulls up alongside the DragonFly Red-assisted Xiaomi.

How did LG make the V30 sound better than its rivals? At the heart of its audio circuitry sits an ESS Labs Sabre ES9218P “QUAD DAC” chip that handles D/A conversion (with user-selectable digital filters) and headphone amplification. But hardware is only part of the story. As users of USB Audio Player Pro will attest, an Android smartphone’s software handling of the audio signal can have a pronounced effect on sound quality.

The V30 sees a bit-perfect signal moved from input to output to effectively benefit all music playback. This is a most welcome side effect of the V30’s MQA support. Anything other than bit-perfect data handling would render the Qualcomm Snapdragon DSP chip that executes MQA decoding and rendering at the hardware level incapable of putting the A in MQA: stream authentication.

Bob Stuart and his team reportedly worked with LG’s software engineers to ensure safe passage for every bit travelling from software player to the underlying hardware. We might think of this as “Direct Mode” for Android (which is otherwise often riddled with upsamplers and re-samplers).

MQA support is no longer limited to locally stored files: aka downloads. The LG V30 is the world’s first smartphone to offer full MQA support from within its Tidal app. Me? When it comes to Talking Heads’ Speaking In Tongues, I prefer the greater dynamics of the original CD rip (1983) to the MQA-packed hi-res remaster (2005) streamable via Tidal. However, when it comes to the 2017 remaster of David Bowie’s Station To Station, available on Tidal in standard Redbook and MQA-packed hi-res versions, the nod goes to the latter for its slightly better sense of subtlety and space.

And if MQA has you reaching for your nearest message board, know that unadulterated hi-res streams are available via Qobuz (launching later this year in the USA).

Of more mainstream relevance is LG’s inclusion of aptX HD support. Qualcomm’s Bluetooth codec brings out the very best in the B&W PX that otherwise fall back to the inferior sounding SBC when paired with an Android smartphone that doesn’t offer aptX (HD).

But there’s more: to the LG V30 we can install Roon remote. An app that not only wirelessly controls Roon playback across a home network but can itself play catch on incoming audio streams and output them via the device’s headphone socket. With the V30’s 3.5mm hole hard-wired to a pre-amplifier or integrated amplifier, it becomes a Roon endpoint. Fire up Spotify and it becomes a Spotify Connect endpoint. Both apps can be remotely controlled by other devices.

In either scenario, the V30 comes off as a very decent sounding off-grid network streamer that easily goes toe-to-toe with the AURALiC Aries Mini or 11” MacBook Air spilling its guts via USB into an AudioQuest DragonFly.

“How do we get them there young folk interested in better sound quality?” bemoans the Baby Boomer. Behind his frustration lies the notion that millennials and mainstreamers must be somehow attracted to better sounding gear. On smartphone sound quality, third-party intervention won’t cut it. The Pono story told us that the mainstream won’t entertain a second portable device. Non-audiophiles don’t much like dongles either.

And so with the V30, LG borrow from the Book of Nike to show us a different approach to bringing better sound quality to mainstream listeners: just do it, at no extra charge, invisibly and without alienating the prospective audience with geeky hi-res talk.

The V30 doesn’t have me reaching for a DAP or a DragonFly. It makes all music sound very nice as is and it doesn’t discriminate: Spotify, SoundCloud and Redbook rips as well as hi-res audio and if you want it, MQA support. The irony (for MQA detractors) is that the V30’s universally good sound is, at least in part, the result of LG’s collaboration with Bob Stuart and co.

The V30 is a smartphone that doesn’t have us wishing for more, or it’s a DAP that also handles phone calls and SMS from a battery with over twice the average DAP battery runtime (20 hours). Plus, we get the bonus of an occasional network streamer that easily holds its own at the entry-level. That spells a must-have for the Music-First Audiophile and, therefore, a DAR-KO Award. 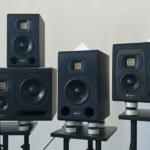 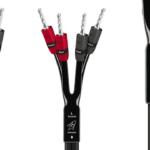