Neither was on hand for comparison – that’s for a possible follow up article – but specifications-wise, the Liberty splits the Brooklyns, mating the ESS9018K2M chip of the original with the improved output stage of the Plus version.

Mytek said this translates to the Liberty’s sound quality sitting between the two. I asked directly. CEO Michal Jurewicz has also said on a handful of occasions that the Liberty is almost as good as the Brooklyn. Three indicators, one from the horse’s mouth, that differences are more functional than they are audible. If true, at £900/€995/$999 the simpler, smaller Liberty is an enticing proposition.

What gives when downsizing to the Liberty? Most noticeably, analogue; the little guy lacks the analogue/phono input of the Brooklyns and the volume control here is digital only.

The Brooklyns’ display has also gone bye-bye; replaced by a row of multifunction lights on the Liberty, and the headphone output is single ended only. The Liberty’s DAC doesn’t give us filter choices, so no fine tuning of the sound. Conversely, no fretting whether Ringo sounds better with the minimum phase or the brickwall.

Outputs remain single-ended and balanced, the latter requiring TRS adapters – 1⁄4” jacks to you and me. As with the Brooklyn you can also use an external power supply. Darko found the SBooster worthwhile. You can’t use an external word clock with the Liberty though. And there is no remote control. 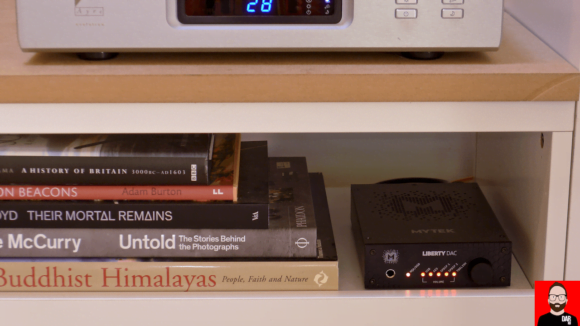 Size wise, the Liberty loses 1⁄3 of the Brooklyn’s width, the other dimensions being identical (140mm x 216mm x 44mm WDH). Akin to a big paperback, the Liberty’s smaller form factor makes lugging it between locations a realistic option.

Looks-wise, the Liberty is pure Mytek. Well-sorted pro equipment. Functional rather than luxurious. It neither pleases nor offends my own aesthetic sensibilities but I prefer some boxes to be tucked out of sight and the Liberty is small enough to do just that. It runs slightly warm so a little ventilation is required. Judge yourself in the photos.

The front panel comprises a 6.35mm headphone socket, control knob and the lights, the latter indicating volume or input. A sixth light indicates standby & file type (including, usefully, MQA). Operation is simple, the different functions of the control knob being easy to master, particularly as a fixed-volume DAC (on/off – easy).

Those front-panel lights are just too bright. At full tilt, needed for DAC duties, the LEDs could land an aeroplane at Heathrow. A dimmer would be helpful.

Build quality is good, everything feeling solid; the Polish clearly know how to put things together well. The Liberty is designed in the USA but built in Poland, whence Michal Jurewicz originates. 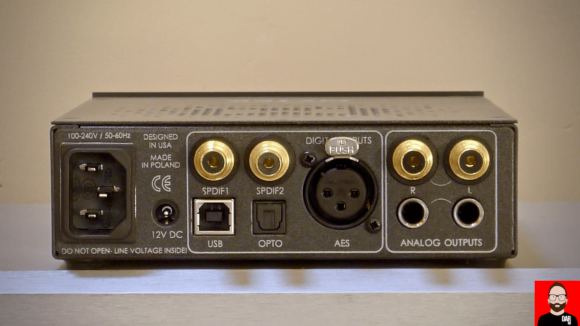 In absolute terms, the Liberty volume control sounded good. Only in comparison with the Ayre AX-7e’s pre-amp section did it exhibit a slight softening of the sound, a little less detail and a slight shortfall in bass response. Qualities all consistent with marginally lower resolution.

On the opener from Tord Gustavsen’s Extended Circle , the delicate brushwork on the drums showed less air. The acoustic bass wasn’t quite as extended or rich and the detail in the complex arrangement was more difficult to follow.

The Liberty’s headphone output is lifted from the Brooklyn; after 100 hours’ burn-in, it proved invaluable in reviewing the Meze 99 Classics. Against an Arcam rHead – a very good £400 headphone amplifier – the two were hard to separate on enjoyment factor despite a Yin-vs-Yang take on sound reproduction.

The Liberty offers greater clarity, incisiveness and low-end control. The rHead gives us a richer sound, greater palpability and stronger bass. Which sounded better depended on the phones being used; the Mezes low-end richness favoured the Mytek’s cleaner, leaner take whilst the Sennheiser Momentum on-ears responded well to the Arcam’s greater body.

Differences were small though, the brain quickly settling into the respective sonic signatures. Besides, playing with Roon’s EQ I could get them to sound very close to each other. Throughout, the Liberty was never less than engaging; if the Mytek were to remain here, the rHead would sit most games out. Benched. 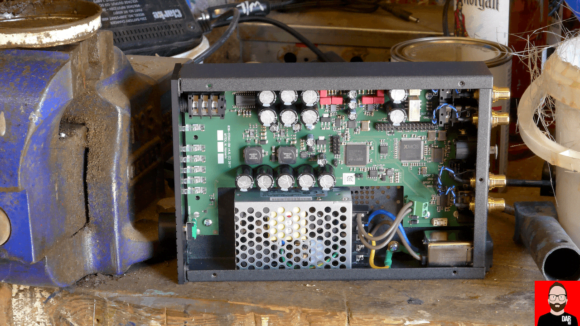 Top of the bill, straight DAC

On overall sonic signature as a D/A converter, I was expecting a slightly tipped up balance from the Liberty. It’s more head than heart and clarity and detail are its forte. But not a bit of it. My Ayre AX-7e amplifier and Harbeth C7/2S loudspeakers never once sounded hot up top, the combination providing plenty of detail but only as part of the whole.

Playing through the Ayre/Harbeth combo, the Liberty’s overarching feel was one of drive. I Heard It From The Grapevine (Michael McDonald, Motown) burst in life and resolutely stayed there, the underpinning bass line (literally) moving me. The bombast of Krystian Zimmerman’s Schubert’s Piano Sonata 20 remained intact. In Maria Joao Pires’ Bach Partita 1, a very nuanced performance, her delicate flow communicated beautifully.

Playing the Liberty through the Goldnote IS-1000 super-integrated (review to come), a more crystalline character emerged. Brass bit, as brass does. Richness was tempered with a cleaner sound. Bass was well defined but maybe not quite so extended. Midrange warmth was curtailed slightly. A different take on listener engagement that many will prefer. On this, I am reminded of CH Precision / Wilson Benesch demonstrations.

To a large extent, the characteristics described are those of the partnering amplifier, the Mytek imposing little character of its own. Chameleons R Us; very impressive. 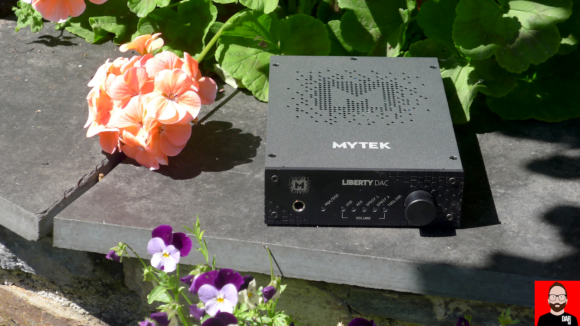 Both sitting in the same Cruiserweight class, the BurrBrown PCM1796-based DAC built into the GoldNote went head-to-head with the Liberty. Played through the Ayre the Liberty just shaded it; slightly more transparent and detailed, with more body, better-defined bass and greater rhythmic flow. Think a half stop (at most) improvement in all areas with an emphasis on each performer’s illusory presence. That’s impressive given the IS-1000 has the home advantage of an in-built ConversDigital streaming board. I fed the Liberty with Allo’s USBridge.

With the Liberty hooked into the back of the IS-1000, I needed the latter’s display to see which DAC was playing; if there were differences I couldn’t spot ‘em. Maybe the IS-1000 demonstrated the benefit of an all-in-one, where the DAC and amplifier can be voiced as one. Whatever, both provided real insight into performances, excelling in detail and control.

Returning to my usual Meridian Explorer 2 / USBridge, I noted a lovely, comforting sound. Familiarity is a glorious thing. But this enjoyment was short-lived. Going back again to the Liberty wiped the smile clean off my face.

The Mytek proved to be more extended in the treble. It offers greater air and detail. Its presentation is more believable and through it, more complex passages become easier to follow. At the other extreme much we note deeper, better-controlled bass. The Mytek’s soundstage also proved wider and deeper than the Meridian. The Liberty is, top to bottom, the better DAC. Think running: 100m in spikes instead of slippers. 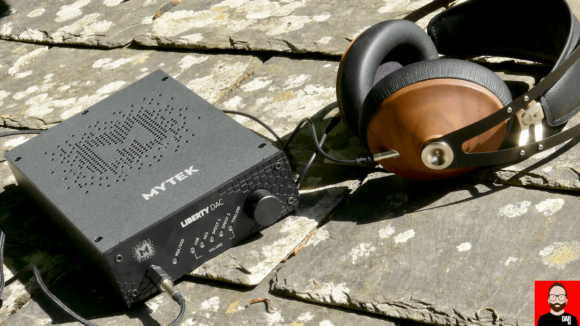 Take one Liberty, add SBooster power supply and a Sonore MicroRendu and we’d still see change from a Brooklyn. The Liberty offers good value. Indeed, it may well eat into its siblings’ sales. That’s for Mytek to worry about.

In my system, the Liberty wrought a very worthwhile improvement over the Meridian, delivering on the potential of the Ayre in particular (running balanced helped). Its credible headphone output also reduces box count. A significant uptick in performance is what you get when you play a DAC league higher. The Liberty lends extra body to the sound as well as more detail, more delicacy and a stronger sense of drive.

The Liberty won’t be the only DAC to achieve this. A duel with Chord’s Qutest would prove interesting. However, the Chord lacks a headphone output and is 25% more expensive than the Liberty here in the UK. For the Mytek, that difference would cover an external power supply.

The Liberty is a serious contender for those in the market for a sub-£1,500 DAC (maybe even sub-£2,000). It needs time though. The Mytek’s subtler qualities can take time to surface. As such, an extended audition is advised. 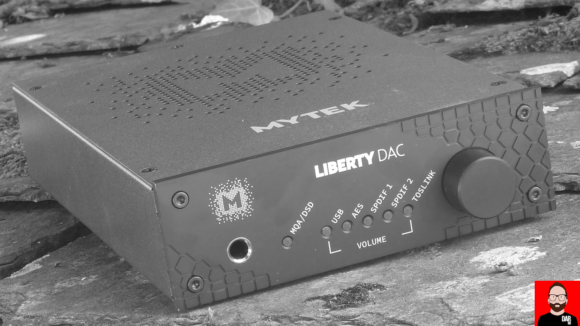