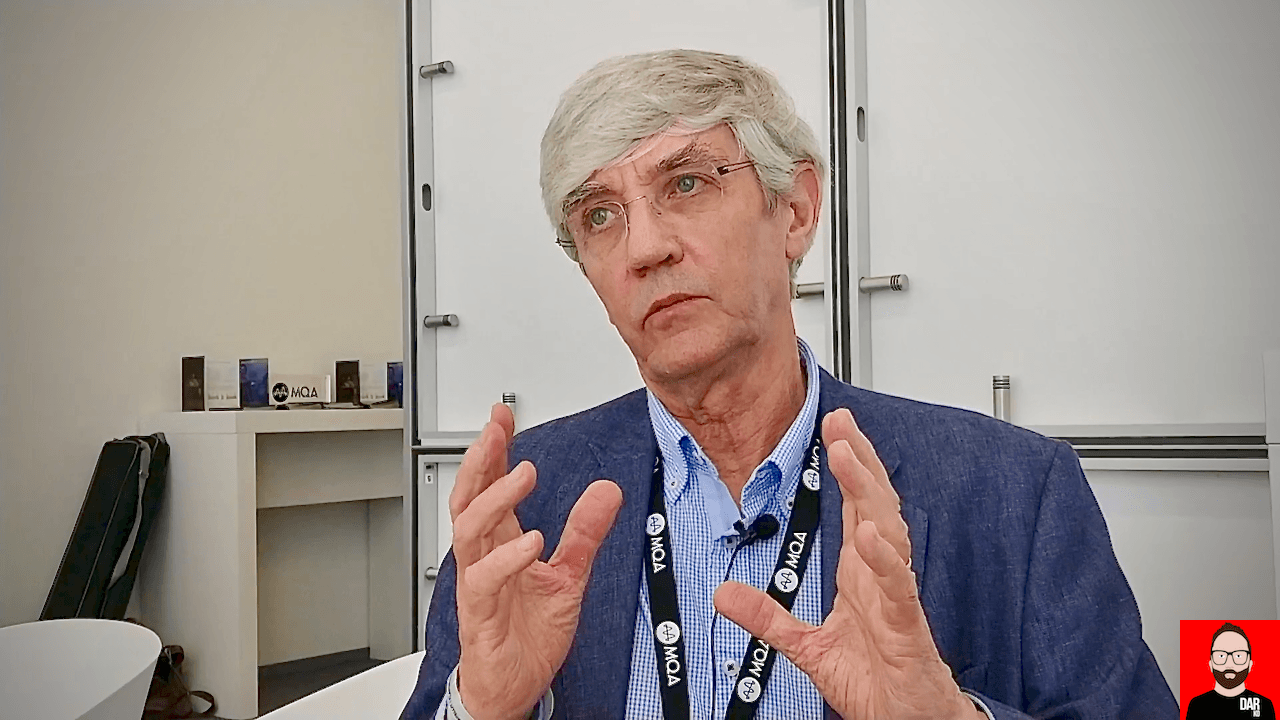 This audio reviewer’s self-imposed brief for Munich High-End 2018 was not only to take a snapshot of what’s new and to go long on video in the process but also to un/cover and profile companies whose work stands out as markedly different. MQA is one such company.

No two DACs sound alike. I know that. And if you’re a regular DAC swapper (or a regular visitor to this website) you’ll likely know that too. A DAC’s sound is determined by (among other things) its digital input board, its power supply, its DAC chip and its output stage. Different DAC models colour the sound in different ways.

For Bob Stuart, co-developer of MQA, the audible differences between DACs equates to different amounts of blur, hash and haze being applied by playback hardware. The way he sees it, each decoder introduces a different set of ‘errors’.

That’s the start and the end of the “distribution channel” – not new information for those scrutinising MQA’s every move but a better contextualised detailing (for newcomers) of the thinking behind it and how MQA isn’t only concerned with delivering hi-res audio to format-first audiophiles.

MQA’s encapsulation mathematics packs (at transmission source) and unpacks (at playback destination) any hi-res data found in the studio master file, as provided by the record label, for lower bitrate data transmission. Is that encapsulation lossless? Or is it lossy?

For Stuart, the answer is somewhat moot. What happens between the streaming service’s server and the end user’s network streamer is only one segment of the digital distribution chain. The errors introduced by the ADC and DAC that book-end data transmission are, according to Stuart, more problematic.

The bigger picture that Stuart wants us to consider is this: that the studio ADC and the end-user DAC are ‘gateways’ which, by virtue of their respective encode and decode errors, are lossy in their handling of the music signal. And that only by managing the entire chain, from studio to playback, can MQA get us closer to that which the musician and his studio engineers intended.

From the floor of Munich High-End 2018, Stuart elaborates:

Furthermore, MQA authenticates the stream to sidestep (complaints of) label or download store up-sampling skullduggery. Any MQA-equipped software app or DAC can confirm (or deny) the presence of an untainted studio master file.

Tidal Hifi users streaming the ‘Master’ version of an album, encapsulated via MQA, get hi-res audio delivery at lower bit rates and because of MQA’s A/D and D/A correction they are also likely to hear a slightly different result to those streaming the same album and hi-res master untouched by MQA via, say, Qobuz. The point is we have a choice.

An ability to choose holds for DACs. Some are MQA enabled, others are not. Even those made by paid-up hardware partners come with their own choices: iFi Audio’s xDSD portable gives its users a choice of MQA or non-MQA firmware; Hegel’s forthcoming streaming/DAC-loaded H590 routes MQA-wrapped content via its own signal path.

In the second half of my interview, I ask Stuart if MQA is his attempt to lock down the music industry’s supply chain, why MQA isn’t free of charge and then, catching the stupidity of my question, wondered aloud why internet forum members weren’t jumping up and down as much about, say, Qualcomm and the non-free licensing of their aptX Bluetooth codec?

After spending almost an hour chatting with Bob Stuart in Munich, I came away asking myself: if MQA can correct for the differences between DACs, are we to infer that MQA can bring an AudioQuest DragonFly Red closer to the sound quality of a dCS Rossini? Of course not – but we shouldn’t ignore Bob Stuart and MQA co-developer Peter Craven’s big-picture thinking on improving the way in which music is carried from studio to ear.

For reductionists, any audible improvement could be heard as a subjective choice on the part of Craven and Stuart. Like a microphone or a mixing console or an amplifier or a loudspeaker. Everything is coloured. Recording engineers and listeners should be free to choose according to their preferences.

Love it or loathe MQA, no louder audiophile conversation has been heard in the past two years. And with a certain twist of irony, perhaps the biggest indication of MQA’s impact on the audio world is the amount of ire it draws from certain quarters.

These videos allow me – and hopefully you – to better see the wood for the trees: that MQA’s scope reaches beyond the uber-niche appeal of hi-res audio and, according to Stuart, promises better sound quality for ALL types of music, even hip-hop and techno – genres consistently ignored by an audiophile community hung up on Shelby Lynne (in Quad DSD) or Don Henley (in 24/192). 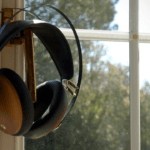 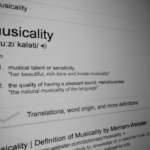