The greatest show on earth? For audiophiles, it’s Munich High-End. An audio show/exhibition/convention that across its four-day run showcases the finest in music playback systems, many of which sell for Russian Oligarch money.

Here we preview a handful of more sanely priced exhibits ahead of the 2018 event that runs 10th – 13th May at the Munich Order Centre (M.O.C.).

Kii Audio have extended their cardioid dispersing DSP to the BXT bass module that doubles as a stand for the Kii Three loudspeaker: “Kii THREE BXT System – the BXT is an extension module which turns any Kii THREE into a veritable floor stander with 16 additional drivers and a total of 7000 Watts.” 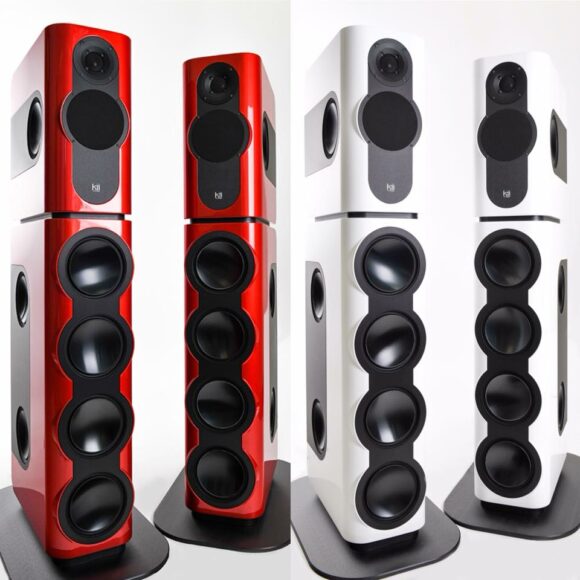 Moon by SIMAudio will showcase their C390 DAC/pre-amplifier than at first blush seems to remove the amplifier stage from the Neo Ace to features the Canadian manufacturer’s new MiND 2 streaming module. However, the manufacturer’s teaser reports that th C390 is much more than this.
After an AXPONA tease, a revived Western Electric‘s 91E amplifier comes to Munich with a new faceplate. 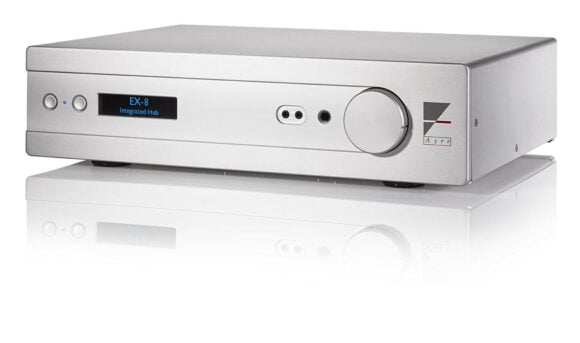 And for those looking to house a separates-based system, the UK Hifi Racks Ltd. will be launching their Omnium 8 range of racks where ‘Omnium’ is Latin for “all-inclusive” and ‘8’ is the design feature count.

After hitting us with the double-whammy of second-generation Vega G2 DAC and Aries G2 streamer in 2017, AURALiC is set to ice their G Series cake with the introduction of the Leo GX Master clock…and a couple of other new pieces.

Wilson Audio has this week announced their smallest loudspeaker to date: the TuneTot. One has to wonder how the new babies will be received at Munich High-End. ‘Tot’ means ‘infant’ in English, ‘early’ in French but in German, ‘Tot’ translates to ‘dead’. Yikes.

Keeping with the German theme, Audionet is set to premiere their stout-looking Humbolt integrated amplifier. 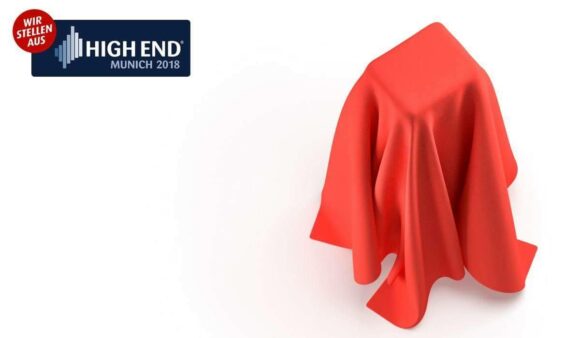 A handful of manufacturers prefer to keep their cards close to their chest, announcing products not before beforehand but at the show itself.

Not content coast on the momentum generated by the Poly streamer and Qutest DAC, Chord Electronics are set to introduce several new products, one of which I am told will be truly ground-breaking.

PMC Speakers has issued first-day press conference invites for a new flagship model but it remains to be seen if the British company will unveil a new passive or tap their pro-audio talent for an audiophile-aimed active.

Similarly, from 10am on Thursday, Denmark’s Dynaudio will be previewing a new product range that promises to ‘embody the high-end spirit’. Passive or active? These Danes are known for both types of loudspeaker but my money’s on the former.

Certain to attract the most Instagram action of the show will be Australian Kostas Metaxas’ new GQT reel-to-reel tape recorder and PP1 turntable. Like Metaxas & Sins’ headphone amplifier and loudspeaker system before them, the new models are visual works of art. If only more high-end audio gear looked as Dali-esque as this.

Perhaps the most significant addition to this year’s show is a dedicated headphone section. Organised by the same German team that gave us 2017’s CanJam Berlin, CanJam Munich will run Friday to Sunday at the Kohlbunker (a five minute walk from the M.O.C) and will host a range of ‘boutique’ headphone manufacturers. Say Guten Tag to Audeze, Campfire Audio, Brainwavz, Ultimate Ears, AAW, Astell&Kern / Jerry Harvey, Sonoma, Hidizs and MrSpeakers.