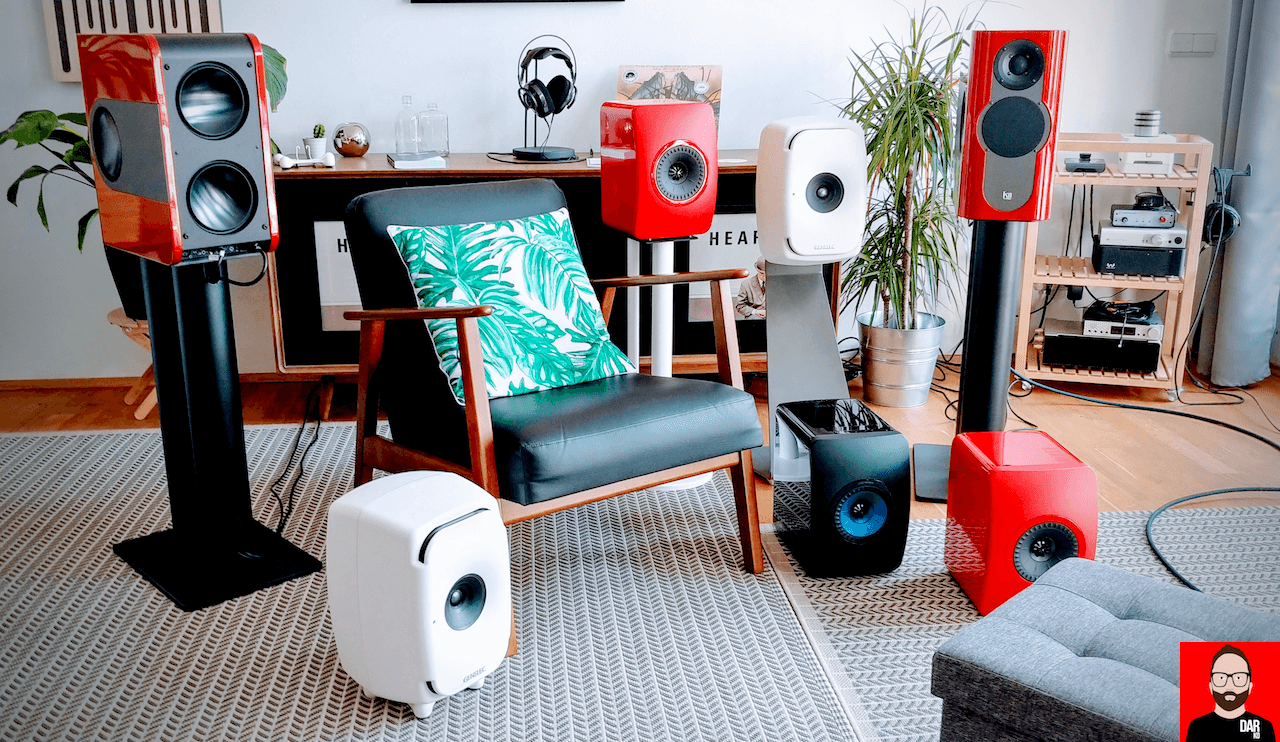 What if? A two-word question that signals an itch for loudspeaker loving audiophiles. The scratch comes in the form of a new amplifier that might, through a combination of luck and judgement, bring forth better sound quality. The optimal amplifier, should it exist, will be different for every loudspeaker. Locating it calls for a series of trial-and-error experiments that can take us beyond the horizon. This amplifier, then that amplifier, then another amplifier. The gear churn is where the money is. For amplifier manufacturers around the world, it keeps the lights on.

For many listeners, the fun lies not in the final destination but in the journey to amplification enlightenment. The route will be different for each journeyman; his/her tastes in an amplifier’s outward aesthetic, or how the finer points of playback speak (or not) to the music being savoured all come into play. Cutting potholes into the road along the way are an amplifier’s power output, the target loudspeaker’s sensitivity, its impedance characteristics and the quality of the wire that joins the two.

But what if there were an express route to a markedly better destination that would satisfy the majority of loudspeaker listeners and for less money? A solution for those not interested in the journey but the destination only?

British (Chinese-owned) loudspeaker manufacturer KEF answered that question at end of 2016 by activating their supremely popular LS50 standmount. The ‘Wireless’ version throws shade over almost every combination of the passive version and outboard amplifier. In my experience, only the PS Audio BHK Signature monoblocks (US$15,000/pair) have seen the passive LS50 take on the activated LS50 Wireless (US$2200) with their superlative layer separation, dynamics, detail retrieval, even-handed tonality, textural reveal and low-frequency extension.

In an ironic twist, Stereophile editor John Atkinson recently told PS Audio CEO Paul McGowan that the future of audio is “where the speaker does everything”.

It’s a compelling argument: not only is the LS50 Wireless’ crossover executed in the digital domain for greater accuracy and the corresponding downstream amplifiers directly connected to each driver, their output tailored to the driver impedance curve, but the internal DSP engine permits smartphone-controlled tailoring of the loudspeakers’ output to placement, room dimensions and acoustic make-up.

The activated KEF is not only a new affordable reference for this commentator but also, so I’m told, for Mr. Atkinson.

In writing about the awkwardly-named 8341 ‘The Ones’ (€6000/pair) from Genelec back in January, it struck me more than once that audiophiles are a contradictory bunch. For all our talk of accuracy, of a recording capturing a live event, you’d think we’d be flocking to the active loudspeakers favoured by recording studios, both professional and home-based.

Genelec now has forty years on their pro audio clock, their loudspeakers talking to audiofolk who can handle the truth: that the A/D-D/A signal path inside 8341 does nothing to smear their squeegee clean transparency. Every DAC/pre-amplifier combination, from the Mytek Brooklyn+ to the Vinnie Rossi LIO to the Aqua La Scala and PS Audio BHK pre-amplifier, connected by yours truly to the 8341’s balanced XLR inputs has shown itself to sound wholly different. (That those XLR sockets double as AES/EBU digital inputs lay Genelec’s pro audio heritage bear).

Were Genelec to remove the bespoke fit internal Class D amplification from the 8341’s point source driver array and swap the digital crossover for a passive equivalent, would the mix-n-match audiophile brigade find themselves able to introduce outboard amplification and loudspeaker cable for sound quality of similar caliber and without thrusting the total system cost north of US$10K?

If the KEFs are anything to go by, it’s a firm no. Outboard amplifiers require cases and cases that don’t solicit turned up noses don’t come cheap. Neither does good quality loudspeaker cable. That same outboard amplifier must be designed to cope with a multitude of loudspeakers, not just a single driver, and do so at the crossover level.

Heard side by side with the Genelec, the KEF LS50 find themselves wearing short pants. It only takes an hour to hear how the thrice costly Finns introduce us to greater transparency and musical insight. For this listeners, they play as a window to the soul on every upstream change: pre-amplifier, DAC, streamer/server, file bitrate and mastering quality. In other words, accuracy as a sensation. BYO colour.

The 8341 also better the LS50 Wireless on frequency extension at both ends, with bass that’s weighty enough to drive large rooms at SPLs that’d have the baby KEFs begging for volume attenuation mercy.

Accessible from (traditional) dip switches on each speaker’s back panel, the 8341’s internal DSP engine gives us the ability to trim/boost bass and treble according to boundary proximity, room size and taste. Even though they are the larger unit, experience with both models tells me the Genelec is more easily tuned to the desktop than the KEF. For this kind of digital-domain EQ-ing with a passive loudspeaker system, we’d need to position a second outboard device before our amplifier and also pay attention to the quality of analogue interconnects. We might even need a hi-fi rack to house it all.

But the 8341 story doesn’t end there. The internal DSP can further counteract the negative influence of the room via Genelec’s GLM hardware/software system. And if you never move your loudspeakers, this is a one time deal — the internal DSP stores and executes the room-correcting target response. Some Genelec dealers offer a one-time room read and correction as part of their speaker install service, thus making the GLM kit an optional purchase.

I’ve had a bit of play with GLM already but plan to give it a more thorough going over as time (and local dealer loaner availability) allows.

Passive loudspeaker system owners would need put down hard cash to buy (not borrow) hardware/software room correcting solutions from DEQX or Lyngdorf no matter how few times they moved their loudspeakers around the room.

Deeper room correction necessitates that the loudspeaker’s frequency response is fluid, thus making a mockery of those would slice the audible band three ways (bass, mids, highs) to reach a summary judgement. Ever tried nailing water to a wall?

If it weren’t yet obvious, active loudspeakers like these aren’t just loudspeakers but complete audio systems with room dodging EQ applied at the source level before digital crossover is followed by per-driver amplification.

We might see the Kii Three system (US$16,995+/pair) as the granddaddy of modern-day actives. Look beyond the front baffle and the two-way becomes a six-way loudspeaker where nCore amplification fires driver sounds to the side and rear for a cardioid dispersion pattern, inverting the microphone technology of the same name. More sound is thrown forward than to the side or rear, thus minimising the first reflections that might otherwise muddy other loudspeakers placed in the same position in the same room, even the aforementioned Genelecs.

A powerful DSP engine inside each speaker ensures that each Kii speaker doesn’t “see” the front or side walls to put a 2m x 2m wall of sound in front of the listener. To say that the Kii sound bigger than the Genelec is an understatement as large as the Kii’s sound. Neither are the Kii as standoffish as the Genelecs. We note not the usual hit to dynamics at lower volumes, which has me wondering if Kii CTO Bruno Putzeys applied some extra DSP magic to tackle Fletcher-Munson curve anomalies?

A month after their arrival, I remain in awe of the sheer weight of the thump that spills forth from the Kii loudspeakers as the needle hits the record and how these same Kii standmounts manage to offer a deeply authoritative take on music, without troubling the room and keeping a sharp eye on finesse. Kii have put visceral floorstander sound in my 6m x 5m listening room but I hear zero evidence of standing waves.

We might call the Kii Three modern-day audio sorcery were we not already well-versed in how its DSP-fuelled mathematical calculations exploit time delay and phase cancellation via the side- and rear-firing drivers so that we of more humble living circumstances can benefit from the joys of cardioid dispersion and its lower levels room interaction. Standing behind the Kii’s plane gives us first-hand experience of just how little sound is thrown rearward. To every apartment-dwelling audiophile, I say this: the Kii Three put big sound in a smaller space like no other system I’ve ever heard…

…and possibly at any price. Why? Because audio manufacturers targeting audiophiles largely cater to those who prefer to mix and match outboard amplifiers with passive loudspeakers where such DSP correction just isn’t possible. Nothing wrong with that. Businesses must follow the money.

The audio industry caters to journeymen audiophiles who enjoy the gear churn. A churn that, according to my recent experiences with actives from KEF, Genelec and Kii, not only comes with a wallet damage but puts a glass ceiling on sound quality to restrict that which is ultimately possible from loudspeakers operating in less accommodating rooms; particularly where passive room treatments are prohibitively expensive and/or don’t play to a room’s already established visual aesthetic.

For churners listening in untreated rooms, DSP-powered actives put a fork in the road: do we want to continue to play the amplifier the lottery or do we want even better sound quality from our room/loudspeaker pairing? The Kii Three let us know that we can have our cake and eat it. No need to hang absorbers, diffusers and bass traps (or move house!) for better sound.

Active loudspeakers like the KEF, the Genelec and the Kii, where the loudspeaker does everything, reward anyone prepared to forego the audiophile tweakery – or move to it another part of the signal path – with room-accommodating DSP smarts that, for the same cash that might otherwise be spent on a passive speaker system, take sound quality to the next level and beyond. In effect, they ask, What if? 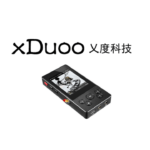 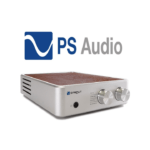