This is the second in a series of posts called ‘The DAP days are over’. You can find Part 1 here, Part 3 here and Part 4 here.

The best sounding DAC under a thousand Euros? For those who prioritise detail retrieval, image specificity and a beautifully extended top end, it’d be near impossible to beat Chord Electronics’ Mojo (€499). Interestingly, the Mojo has held this ground since its introduction almost three years ago.

In late 2017, Chord introduced the Poly: a €649 add-on that turns the Mojo into a fully-fledged network streamer. Poly puts Bluetooth, MPD, UPnP, Apple Airplay and Roon Ready reception into a hi-fi rack to throw rivals from Sonos, AURALiC and Bluesound a long way back in its rear-view mirror. Freshen up on my Poly review here.

That’s only half the story. The Poly (and Mojo’s) 9-hour rechargeable battery will see it play the network streamer role all over the house. Pull up an iPhone or iPad running Glider to additionally net gapless playback from music sitting on a microSD card inserted into Poly’s side.

Activate Poly’s “Everything else” mode, now made considerably easier by the recently launched Gofigure app (currently iOS only), and the Mojo-Poly combo goes out of doors, playing into a pair of directly-connected headphones. Now it’s a portable player without a screen. Control comes from a wirelessly-tethered smartphone. 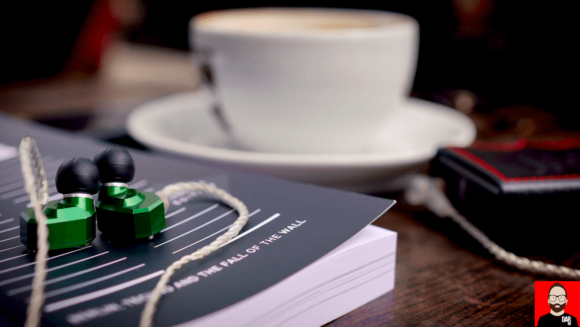 Mojo executes the volume control to see this British-made two-fer offer a new high water mark in portable sound quality but without compromise to music sources – the Poly does microSD cards and streaming services – or to output power – the Mojo will drive more headphones than pretty much any other DAP on the market.

And there’s the kicker, the Mojo-Poly almost certainly sounds better than almost every other DAP on the market. I’ve yet to hear every single rival but the delta separating the Mojo-Poly and the Sony NW-ZX2 on sound quality is substantially larger than anything I’ve heard between two other portable players: better separation, more punch, more deeply inked tonal colour.

And if there currently exists a flagship DAP that can better the Mojo-Poly on sound quality – if! – we certainly pay for the privilege. Sony’s WM-1Z sells for €3299. So too does Astell&Kern’ A&Ultima SP1000. The latter gives us Tidal streaming but no offline playback. The Sony looks positively old-school with its strict microSDcard-only playback mode.

The Mojo-Poly will play from an microSD and its Airplay input will play catch on ANY streaming service spillinh from the wirelessly-tethered smartphone: Spotify, Soundcloud, Mixcloud, Qobuz, Deezer or Tidal, offlined or real-time. And with the Poly platform still in its infancy, how long before Chord’s software team add the likes of Spotify Connect to the Poly?

The DAP market has mushroomed because smartphones don’t sound so good. Like the AudioQuest DragonFly Red-appended Xiaomi Mi A1, the Mojo-Poly harnesses the power of an existing smartphone’s UI, doesn’t ask for rubber straps and takes sound quality to a much higher level:

See also: The DAP days are over (Part 1: Xiaomi & AudioQuest)