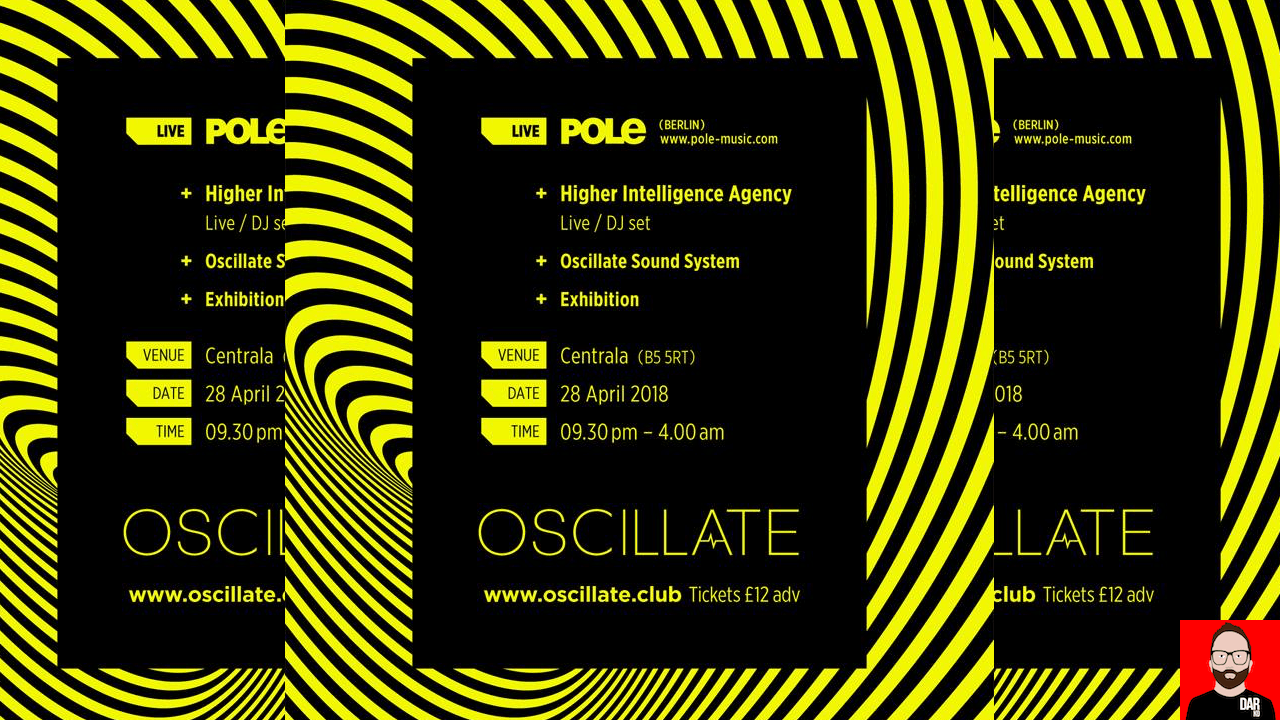 It all looks a little quaint viewed from the other end of a 25-year time telescope but throughout the mid-90s, Birmingham’s Oscillate (Sound System) was the thinking UK wo/man’s techno club.

“Oscillate provided an exceptional environment for live electronic music and played a pivotal role in supporting this emerging art form in the ’90s. Acts then little-known outside of the global techno underground of the time travelled from around the world to play. Music enthusiasts and party people came from across the UK to participate.”

Those ‘little-known acts’ include many went on to become big name acts – Autechre, Orbital, u-ziq, Plaid, Banco de Gaia – and many more who should have – Ultramarine, Children of the Bong, Pentatonik, A Positive Life, Sun Electric, Spring Heel Jack and Higher Intelligence Agency (HIA).

Co-ordinated by Higher Intelligence Agency’s most permanent member, Bobby Bird, Oscillate will mark a quarter of a century in the ambient techno live show (and record) business with an exhibition at Birmingham’s Centrala that promises “Oscillate memories & memorabilia, newly commissioned poster artworks and launch of the Oscillate Sound Archive”.

Newcomers to ambient techno – or those not sitting in striking distance of Birmingham, UK – are ushered towards HIA’s second album Freefloater, which remains a high watermark of the genre -electronic music designed to work as well at home as the club. The (original) double vinyl sells for £22.50, the remastered download £7. 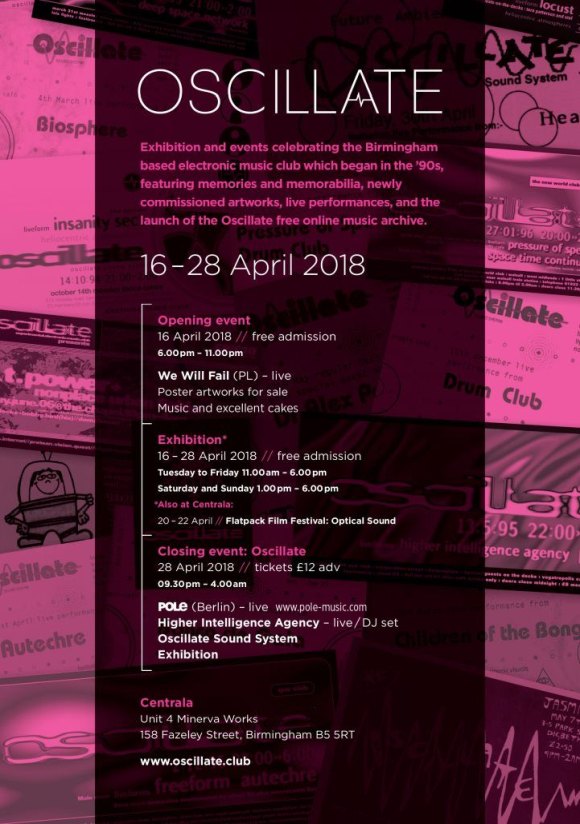 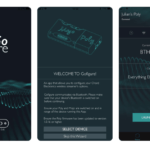 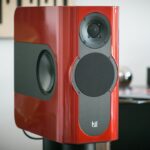