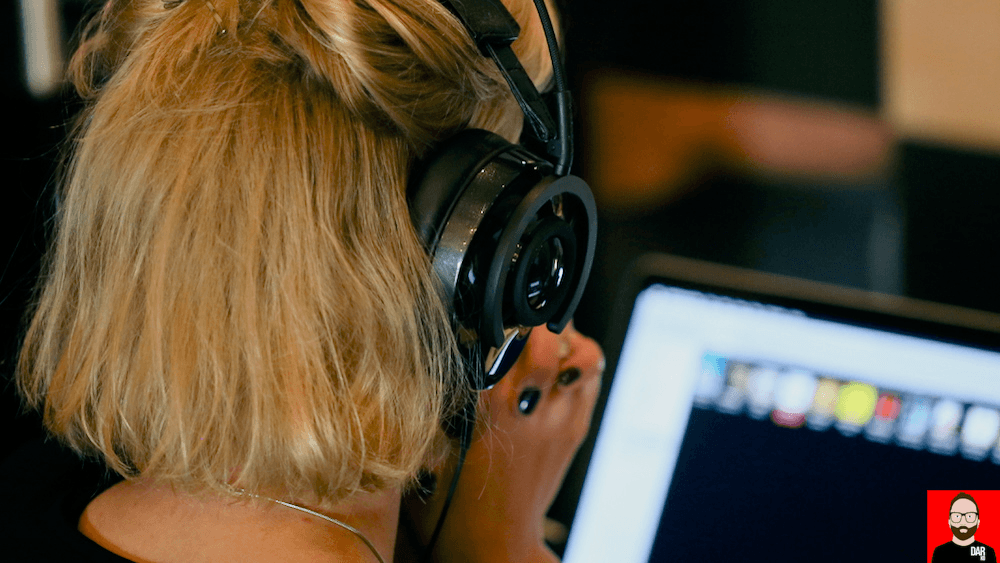 IWD. March 8th is International Women’s Day, marked annually for over one hundred years. For the audiophile world, the day’s focus on female achievements means some awkward feet staring: why is the average audio show or audiophile meet so (horribly) male-dominated? We’re not talking 60-40 or 70-30. We’re talking 99-1.

Some of you will already be reaching for your emotional holster: “But it’s not my fault women aren’t coming to audio shows or aren’t interested in hi-fi”. And you’re right, it’s absolutely not your fault – or mine – that the audio world comprises 99% dudes.

I want you to dig deep and think of your worst flaw or your greatest weakness and how it affects those around you. Mine is impatience, which sometimes manifests as a short temper or rudeness. Yes, it might be my Father’s DNA’s fault that I’m an impatient chap but playing the blame game with genetics is a cop-out. It is my responsibility to do something about my impatience; to catch myself when it’s happening and to minimise or correct it. Your number one flaw or weakness is like this too. It’s not your fault that you have that flaw but it is your responsibility to do something about it.

Don’t just take my word for it, listen to Will Smith:

The audio world’s number one flaw is its male domination which serves as its own barrier to entry for women and therefore compromises equal opportunities. Maybe – just maybe – it isn’t the tech talk that keeps women at bay but that they simply feel uncomfortable being surrounded by so many men.

Wouldn’t it be great to have more women at shows, both listening to and demonstrating audio gear? Women often hear things that we men do not – they hear and see things from an alternative perspective. More women at shows might add some variety to the pervading musical programme, which, as we know, has become excruciatingly narrow. I enjoy the company of women. Don’t you?

To argue otherwise is to hold on to sexist attitudes that we probably grew up with. That the audio world is drowning in men isn’t our fault but it is our collective responsibility to do something about it. Gender diversity enriches the experience for all but the narrow minority who wish everything would just stay the same.

Music industry winds are blowing increasingly in favour of more female participation. This week, news dropped that forty-five music festivals and conferences worldwide have signed a pledge to end male-dominated line-ups by 2020. And despite having worked with Annie Clark (St. Vincent) on his last album and despite having written a rock musical about Imelda Marcos (‘Here Lies Love’), David Byrne issued a public apology for not including more female collaborators on his forthcoming album, American Utopia. 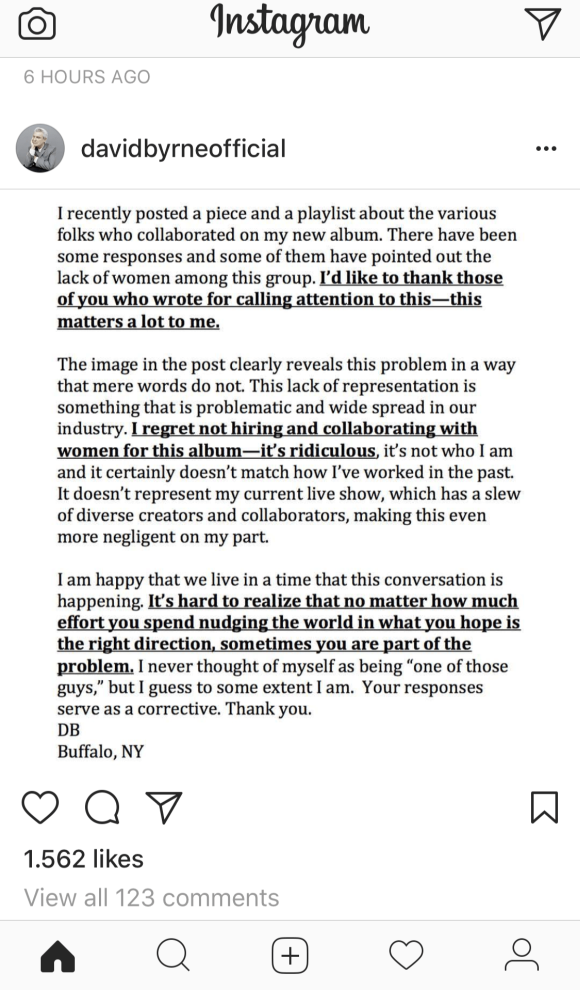 What David Byrne’s mea culpa and the electronic music industry’s freshly-inked commitment tells us is that men’s domination of any world (even the audio world), cemented by baby boomers in the 1960s and 1970s, is on the clock. Tick tock, tick tock. I’m not advocating for fewer men but for more women. More women at our local audiophile meets don’t prohibit men from attending. More women attending audio shows doesn’t rob men of their insight or engineering know-how. More women in the audio industry cost men nothing.

One way to encourage more women to participate in the audio world is to celebrate the achievements of those already participating in a meaningful way. To mark them out as role models for other women (and men). We already have enough male role models, don’t you think?

In running Darko.Audio, I wish that I got to work with and listen to more women. I wish a woman was involved in the production of this website. Claims that women aren’t interested in audio gear, let alone interested enough to write about it, hold as much water as a bottomless bucket.

However, three women deserve special mention, not only for their influence on my own work life but for elevating the standing of the audio industry as a whole:

Stephanie Scola works marketing for KEF North America. She has a sharp eye for aesthetics, ensuring that KEF’s Stateside audio show exhibits are always visually appealing. Scola also continues to advise yours truly on how to improve the visual layout of Darko.Audio. Thank you, Stephanie.

Jana Dagdagan is Stereophile’s young gun, her work propelling the publication into the future with binaural videos that set a new industry standard for audio show reports and factory tours. Those same videos were the catalyst for yours truly hurdling his fear of sitting in front of the camera and talking into it. Thank you, Jana.

Marjorie Baumert organises and runs the annual Rocky Mountain Audio Fest (RMAF), arguably the largest of the USA’s regional shows – note the young Asian female on RMAF’s home page. I’m sure Baumert role as show organiser takes endless patience. From her never-complaining attitude (not once, not ever) I take inspiration. Thank you, Marjorie.

In 2016, RMAF introduced the International Hifi Press awards that celebrate the engineering talent that U-Hauls into Denver each year. Ahead of the 2018 edition, I have emailed Baumert suggesting a new award category: one that celebrates a woman’s (or women’s) achievement in the audio industry.

And if that idea has you reaching for your most indignant “WhatAboutTheMen?”, I suggest you take a moment to look around you next time you’re at an audio show or audiophile meet. Male domination was the catalyst for the first International Women’s Day and one hundred years down the line it remains as crucial as ever. 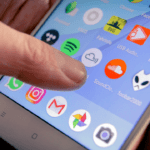 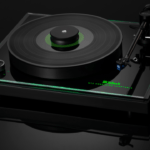