Train, train. The Sunday night ride on rails from Hamburg to Berlin was a time for contemplation, soundtracked by 1more ANC IEMs pulling Nina Kraviz’s 2017 Essential Mix from an iPhone. The 2018 edition of Norddeutsche Hi-fi Tage (translation: North German Hifi Days) had wrapped not an hour before: over 170 rooms of the Holiday Inn converted into high-end audio listening spaces.

By Sunday afternoon, a weekend long snowstorm had slowly filtered the view from the 16th floor to monochrome, no Instagram intervention required. The day prior, before the snow began to blow in hard, I spoke with Daniela Manger (♀) about her P1 passive loudspeakers and caught a quick ‘Guten Tag’ with show organiser Ivonne Borchert-Lima (♀). Two talented women working in a heavily male dominated scene. 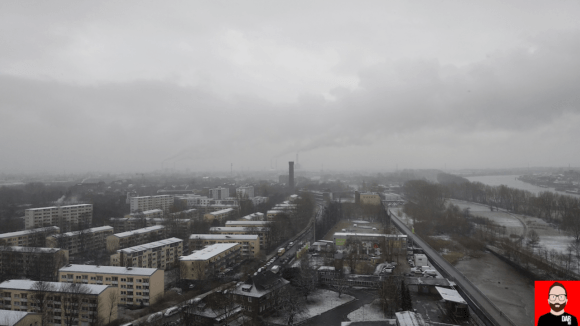 The Norddeutsche Hifi-Tage’s Stateside equivalent might be October’s RMAF, run by the uber-charming Marjorie Baumert (♀), but it pulls 5000+ attendees over two days (not three) and free entry in Hamburg – as opposed to U$40 in Denver – sees more of the usual demographic, middle-aged white dudes, bringing the rest of the family along for the ride.

It shouldn’t pass with comment: a stronger female presence permeates the Norddeutsche Hifi Tage than RMAF. Its female organiser, exhibitors and attendees should be celebrated because 1) as per a recent editorial by an American publication, we men should be called to task about the high end audio world’s lack of female engagement and 2) because that same editorial was followed by 100+ pages of hifi coverage written by men, about men (and their machines). We need to move beyond lip service if we’re to properly address gender inequality. 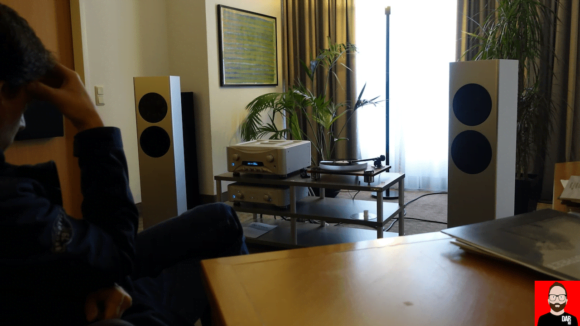 A brief chat with a staunchly British loudspeaker manufacturer, also on the 16th floor, pulled apart these thoughts further to conclude that an audio show entry fee arguably funnels its attendee demographic down to the same old same old (men).

Want to take a wander around the forthcoming Sound & Vision show in Bristol? Like RMAF, you’re looking at £12 per person per day – a fair chunk of cash for the average twentysomething pulling minimum wage and/or paying off student debt. Twice unlikely then that the prospective attendee would want to double that spend in bringing his/her significant other. This has me wondering if more audio shows could lose the entrance free altogether and make up any lost revenue by selling a few more rooms to exhibitors, which in turn will enjoy more foot traffic because entry is now free?

Into this circular logic lands the idea that audio show exhibitors fuss too much over demonstrating their gear’s absolute performance and pay insufficient attention to its relative performance. 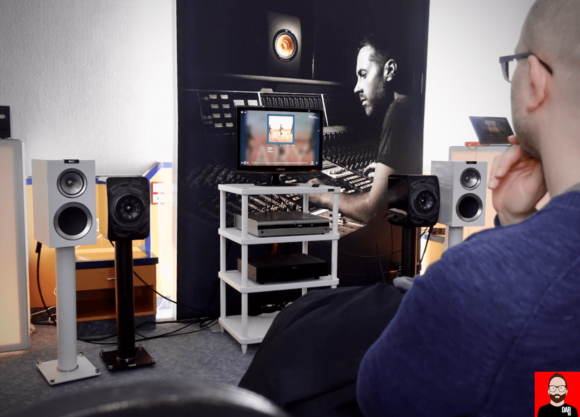 Two rooms caught by yours truly at the 2018 Norddeutsche Hifi Tage tapped into the reality that would be buyers are more concerned about how A compares to B than how A performs absolutely.

KEF showed off the Marcel Wanders-designed Nocturne edition of their active LS50 Wireless whilst also permitting comparisons to an R300 passive standmount – one model up from the passive LS50 – driven by Hegel electronics. The question lingers: why the R300 and not the passive LS50?

Extending this A/B demonstration model to A/B/C and speeding it up were Finland’s Genelec whose in-line switch box favoured relativism over absolutism to move music playback up and down their latest range of point source actives: ‘The Ones’. Room attendees went from 8331 to 8341 (reviewed here) to 8351 and back again in the space of a few minutes and no doubt came away fully versed in the core audible differences between the three. 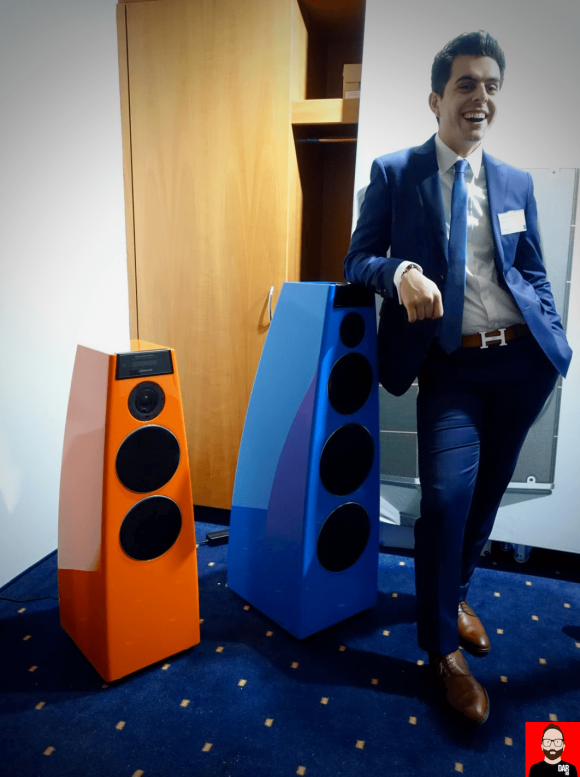 This Genelec visit set Saturday afternoon’s course: to seek out other active loudspeakers. Daniela Manger had gone with the passive P1 instead of the equivalent active S1 because co-exhibitors Esoteric wanted to show off a new power amp.

Adam Audio were an easy find – the Berlin company make nothing but actives – but where were the Netherlands’ Dutch & Dutch?

I stumbled upon two floorstanders from the UK’s Meridian, each dressed in orange and blue, at the entrance to the larger Moldavia suite that otherwise hosted hardware from Micromega, Dan D’Agostino and Sonus Faber. 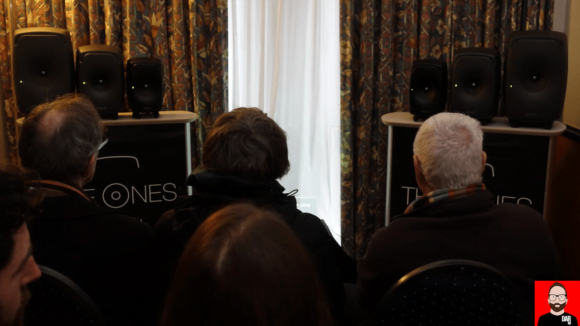 Chord Electronics’ could be found showing off their flagship Dave DAC and Blu MK2 upsampling CD transport with a pair of semi-active Zero TA from Avantgarde Acoustic.

Causing me pause in giving the €11,000 DAVE a rave is yet another German active loudspeaker company. The Kii Three is a complete active speaker system with in-built amplifiers, DACs and network streaming that sells for roughly the same price as the Chord flagship.

Furthermore, the Kii is no ordinary active loudspeaker. Its internal DSP engine and side-/rear-firing drivers ensure a cardioid dispersion pattern for all frequencies above 50Hz. In other words, all midrange and high frequencies are thrown forwards to minimise room interactions — probably why the Kii Three sounded outrageously good in a Holiday Inn hotel room that would otherwise host a single sleeper in a single bed. 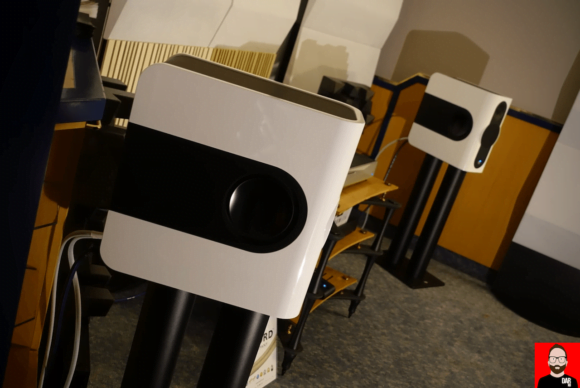 Portugal’s Innuos, fronted by one Amelia Santos (♀), had chosen the Kii Three to show off their limited edition ZENith SE music server (€5699) which, just before this commentator bolted to the Hamburg Hauptbahnhof for the train, was dropped into a suitcase for the ride back to Berlin. Living without this high end server’s on point handling of digital audio has been too much to bear these past few months so this one’s tucked up again at the DAR/KOhaus, this time for a longer stretch.

All of Innuos’ server models come with Roon Bridge and Roon Core installed but I caught little talk of Roon on the ground in Hamburg. Also noticeable by their absence were the glass Roon Ready signs that border on the omnipresent at Stateside shows. Hard to know if the German audiophile scene is still playing catch-up on network streaming or is uber-wary of potential flashes in the pan. 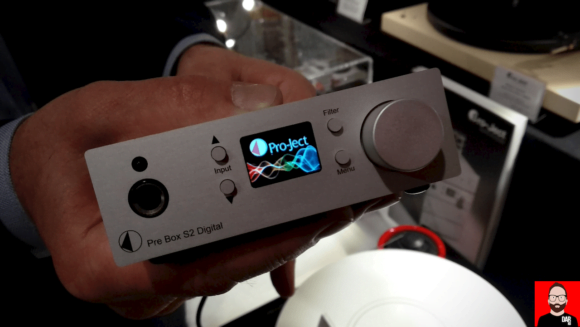 DSD-ers’ eyes will bulge when a forthcoming firmware update adds support for DSD1024 over USB. Full MQA support – decoding AND rendering – is also part of the deal. On Hamburg audio show evidence, this news will likely titillate US and UK consumers more than it will German.

The Pro-Ject Pre-Box S2 also features a 6.4mm headphone socket that gave rise to one final thought: the Norddeutsche Hifi-Tage isn’t a show for headphone enthusiasts. Stax aside, there’s no CanJam-style headphone area to be found. I noted only the occasional IEM or over-ear dotted throughout the show’s loudspeaker listening rooms interconnecting lobby areas. That’s a pity – I was keen hear what the 1more Triple Driver might pull from my other smartphone, the Android One-loaded Xiaomi M1 A1. 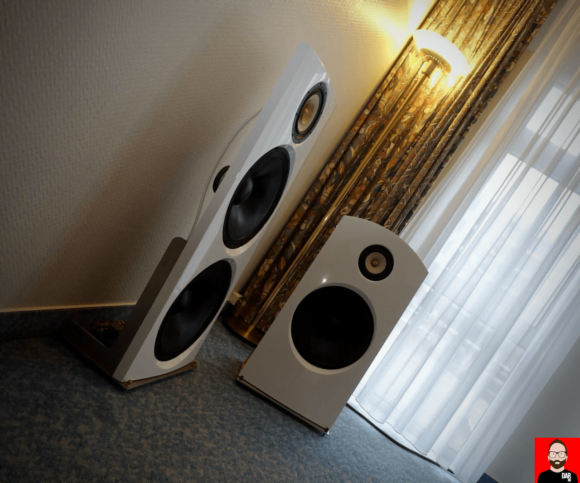 Lastly, a shout out to Omnes Audio and their open-baffle passives that played catch on nothing but heavy rock and metal when I stopped by. Not my cup o’ Java at all but, like gender issues, any move toward diversification is cause for quiet celebration.