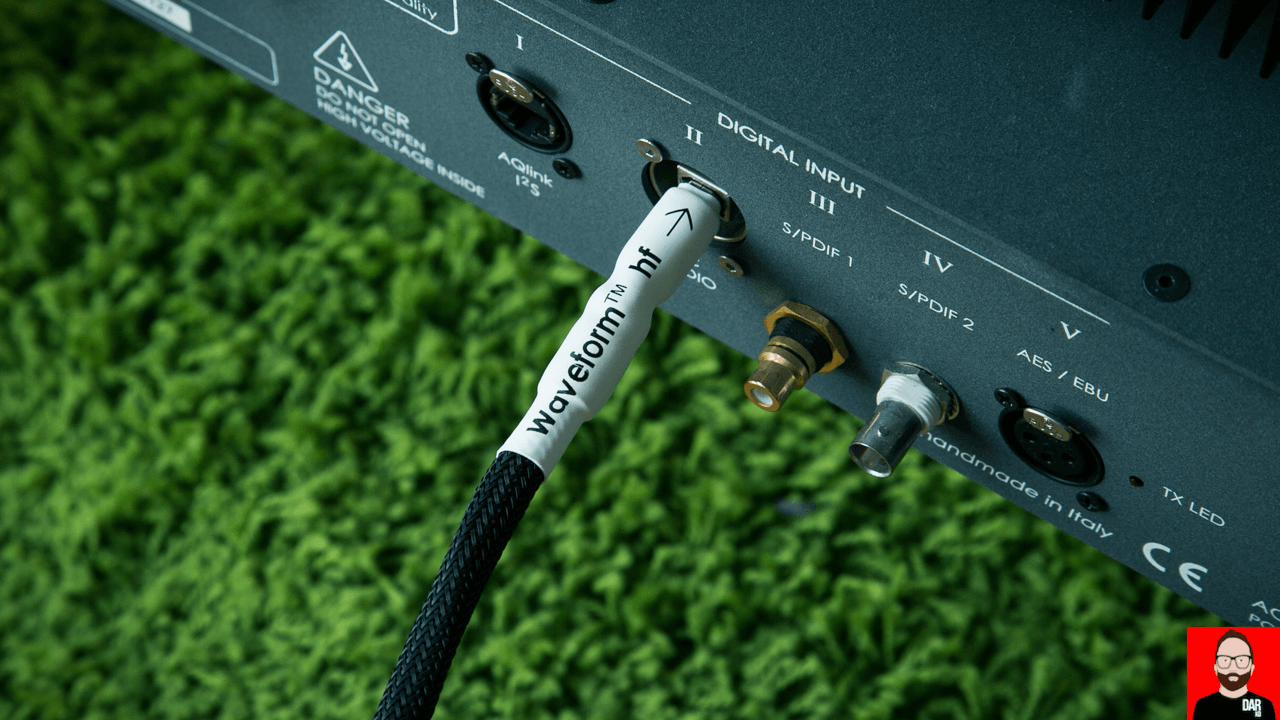 USB cables. In joining DAC to network streamer, theoretical idealism would have us believe that they all sound the same. Real-world pragmatism tells us otherwise. Bridging the reality gap are several possible points of order:

1) There is no such thing as digital signal transmission, only analogue representations of a digital signal. For USB data, a one is registered by the USB receiver when a voltage crosses a certain threshold, otherwise it’s a zero. Timing matters.

2) Those remarking, snarkily or otherwise, that a deluxe USB cable won’t make a difference to the quality of a printout or to data written to a thumb drive are absolutely 100% correct – it won’t – but digital audio is a different animal altogether. USB data transfer and USB audio transfer make use of different USB protocols. Data transfer isn’t time sensitive. PC to printer or PC to HDD make use of USB’s ‘Bulk transfer’ protocol. Error correction is included. USB audio uses the Isochronous protocol that, because of its time sensitivity (and unlike Bulk transfer mode), enjoys priority access to the USB bus but – and this is important – no error correction.

A print job or file transfer to an external hard-drive is executed over USB in data bursts – and so, with error correction on board, the cable matters not – but digital audio transmission calls for a constant flow of data – the cable matters. This isn’t just the theory talking. As well-respected digital audio engineer Gordon Rankin demonstrated with his Tektronix machinery in 2016, packet dropping on some USB cables is a matter of when – not if – and that when a packet is dropped it is gone for good. 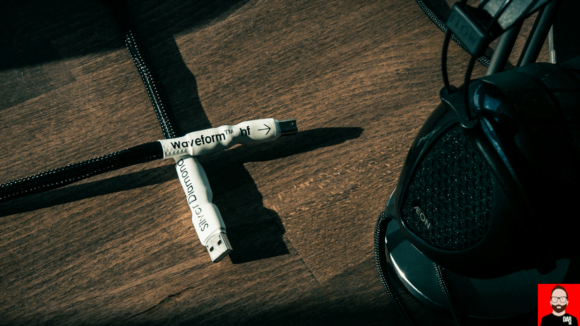 3) What about cables that meet the USB specification and drop no packets? According to engineers at iFi Audio, UpTone Audio and Antipodes Audio, a USB receiver chip is capable of properly reading even the most jittery of incoming datastreams but to do so it must engage additional layers of previously dormant error-checking circuitry. And the more active the circuitry used to read incoming USB data, the more electrical noise is generated within the DAC. And the more electrical noise seen by the DAC and its clocks, the more likely its timing accuracy will be compromised. What good a (FEMTO) clock’s alleged greater timing accuracy when it is knocked off balance by electrical noise?

A more potent source of DAC-clock-disturbing electrical noise comes from the upstream network bridge, especially a consumer grade laptop or PC, manufactured with zero concern for digital audiophile sensitivities: “An electrical firestorm”, as one digital audio engineer likes to call it.

Manufacturing marketing departments would have us believe that galvanic isolation and an internally regenerated power supply (required to juice the USB receiver chip), either inside the DAC’s USB receiver or as an intermediary piece of hardware, is all that is required to hold up a bulletproof shield to electrical noise arriving at the DAC via the USB cable’s power lines. “You shall not pass!”, says galvanic isolation to noise.

And yet still note audible differences between streamers connected to DACs offering internal galvanic isolation. Why? 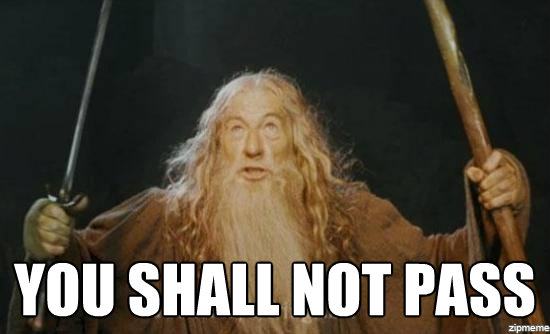 One answer comes from Tellurium Q Director Geoff Merrigan: that electrical noise doesn’t only travel down a USB cable’s power lines (VBUS and GND) but can also hitch a ride along its differential data lines (D+ and D-) which hands off the data stream to the DAC.

Tellurium is a chemical element – number 52 in the Periodic Table – but its the Q appendage in the brand name that adds a little English quirkiness. Merrigan explains: “Q is the goodness factor in electronic filters because every material a signal passes through (whoever makes that material) will act as an electronic filter and shift relative phases. Our secret has been in the name since day one.”

Merrigan asks that we think of a cable’s behaviour as an electronic filter not as a sieve but as per the formal scientific definition: “…an electrical network that alters the amplitude and/or phase characteristics of a signal with respect to frequency. Ideally, a filter will not add new frequencies to the input signal, nor will it change the component frequencies of that signal, but it will change the relative amplitudes of the various frequency components and/or their phase relationships.”

According to Tellurium Q’s website copy, acknowledging that every cable act as electronic filter and designing cables that preserve relative phase relationships is this manufacturer’s modus operandi in designing audio cables, analogue and digital.

Asking Merrigan to elaborate on our Warsaw AV show conversation two months later, during which he handed me his Silver Diamond USB cable, drew a blank. Merrigan is far from unfriendly but by his own admission he’s not one to talk cable specifications and he doesn’t think numbers (measurements) necessarily correlate with audible performance. Or maybe the reason for Merrigan keeping schtum about what’s inside his cables is more fundamental: that he doesn’t wish to surrender his trade secrets so easily to rival cable manufacturers? IP protection is part n parcel of being in business. 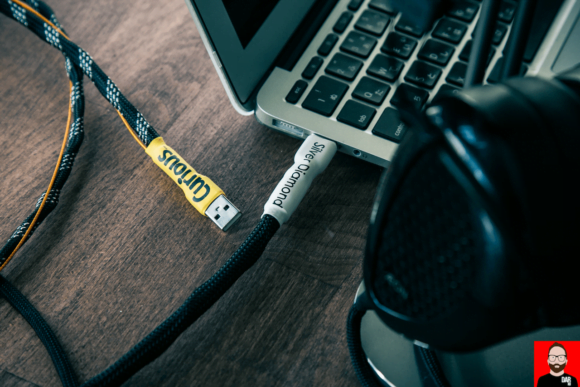 With Merrigan taking the fifth on the Silver Diamond’s construction, we take to the Tellurium Q website to discover that it is handmade in Somerset UK, that it is Tellurium Q’s top-of-the-line USB cable and that its conductor is not solid silver but silver plated. In the R&D/testing phase, solid silver reportedly sounded worse.

From the website, we also learn that the Silver Diamond USB cable is priced at £888 for a one-metre length – not cheap. That’s up there with Light Harmonic’s LightSpeed (US$999 for 0.8m, US$1399 for 1.6m), reviewed here, and three times more costly than the more affordable Curious that subsequently dethroned it (US$380/metre).

As with any audio product, its pricing isn’t only derived from the bill of materials. Teardown culture fails to factor in R&D costs. Merrigan and his team might have cooked up the Silver Diamond up over a weekend or they might have taken two years to take it from back-of-a-napkin sketch to fully-fledged retail product. Whatever the reality, we aren’t in on it.

A USB cable is a single utility device: one end connects to the digital transport’s USB output, the other to the DAC’s USB input. This makes quick-fire A/B testing reasonably easy. I didn’t go that route.

As we might expect, the delta between two USB cables is smaller than between loudspeakers, headphones or even amplifiers and DACs. I lived with the Silver Diamond in an audio system for a week or so before cutting back to the Curious for another week. Then Silver Diamond for another week. I repeated this process with two different audio systems: the office with headphones, the lounge room with loudspeakers. 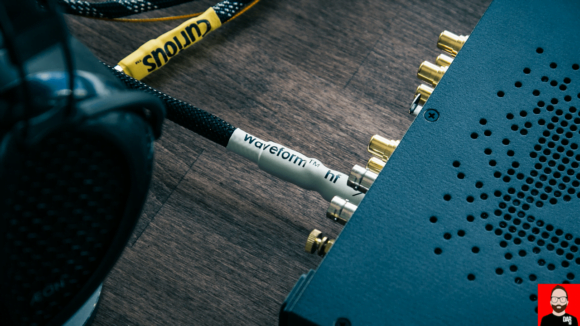 The first indicator of good digital audio for this Music-First Audiophile is avidity, not just in the treble but in the lower frequencies where it manifests as kick. Flicker. Jump factor. Wide-eyed enthusiasm and separation. These are phrases I’d use to describe the Curious – analogous to a nicely poured, highly caffeinated espresso. As black as night.

Swapping back and forth between the Curious and the Tellurium Q turned up some interesting results.

In the first (headphone) system – 11” MacBook Air, Mytek Brooklyn Plus and MrSpeakers Aeon Flow Open – the Silver Diamond took away a dollop of the Curious’ nervous tension to deliver Roxy Music’s eponymous debut as a more majestic affair; less speedboat, more ocean liner. The upshot is a lower long-run fatigue factor. No hit to the Curious’ standout quality – a sense of music’s internal space – was noted.

However, via the already thick Aeon Flow I felt the Silver Diamond’s additional cream might be overplaying richness. To wit, the Sennheiser HD800S’s greater frisson, citrus-y treble and illusory sense of transparency proved the more copacetic match. 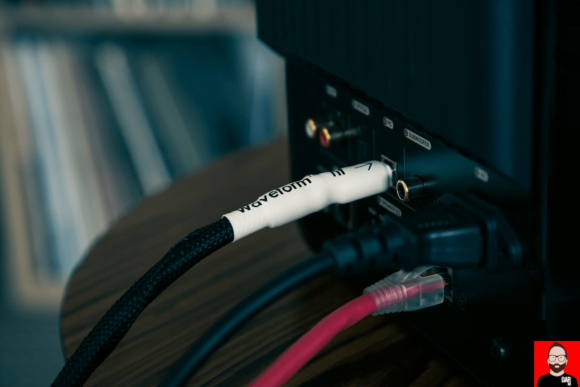 A two thousand dollar DAC and an off-the-shelf computer might hold true to a thousand dollar USB cable’s target market. How would the Silver Diamond vs Curious comparo play out in the presence of more sticker-appropriate hardware?

In my downstairs listening/lounge room, I took a day to re-configure the system from the ground up; Genelec 8341 ‘The Ones’ roll loudspeakers and amplification into one leaving the Hifi Racks Ltd.’s Podium Reference rack to host PS Audio’s full-balanced BHK Signature pre-amplifier (US$5999), connected to the Genelecs via XLR-terminated AudioQuest Wind interconnects and to Aqua Hifi’s La Scala MKII Optologic DAC (US$8000) with XLR-terminated AudioQuest Water interconnects.

The Innuos ZENith SE server (€5900) joined the fray via USB where the Tellurium Q’s thicker, more robust construction proved less amenable to the twist and turns of cable routing behind a rack.

The second indicator of good digital audio for this Music-First Audiophile is a sense of ease. The Innuos server gives us this in spades where watch words like organic, natural and somatic are more likely to spill forth as descriptors.

The ease heard from the Silver Diamond’s inclusion in this second system gave us all the hallmarks – but not the magnitude – of that delivered by the Innuos ZENith SE music server. Ease2. 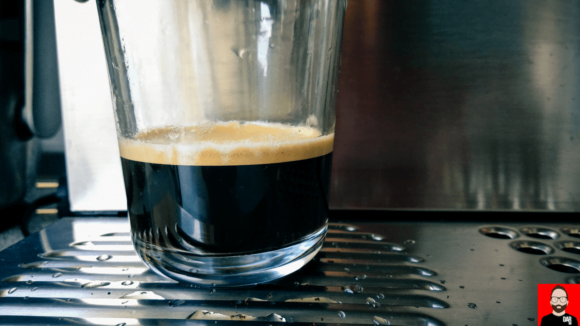 Back to our espresso pour, the Silver Diamond ensures the digital extraction from the Innuos delivers a layer of crema; but none too rich or too nutty. Prefer beer to coffee? Think Guinness. A creamy head renders the Tellurium Q wire a more satisfying handler of post punk and/or new wave’s more abrasive edges: Television’s Marquee Moon, The Horrors’ Strange House, Wire’s Pink Flag. The Silver Diamond cable delivers leading transient edges in a less abrupt manner than the Curious cable.

Another analogy: in a car, we ease off the brake pedal just prior to the car coming to a halt, lest said halt arrives with a jolt. The Curious sounds spikier and more abrupt in its handling of microdynamic agitation, the Tellurium Q more elegant, more exquisite. E Q.

Where this USB cable investigation took a more interesting turn was in a third system comprising the KEF LS50 Wireless and two USB-connected network streamers: the AURALiC Aries Mini (US$549) and the superior Sonore ultraRendu (US$875 + PSU)

One of the KEF’s strongest suits is its punctiliousness. Here, the Silver Diamond interceding between AURALiC Aries Mini and LS50 Wireless exposes a little more tonal richness than the Sonore ultraRendu streamer connected to the KEF’s with Curious cabling. This doesn’t level the field pricewise but it does tell us that a better USB cable can elevate the performance of a network streamer, particularly when considering the system as a whole.

The Curious USB cable is as equally resolving as the AudioQuest Carbon (US$129/0.75m) but isn’t as deeply etched in the treble. On a sense of ease, grace, tonal colour the Tellurium Q betters ‘em both but with a corresponding increase in wallet damage. Once again, as per the majority of audio gear undergoing subjective analysis among these pages, you get what you pay for. 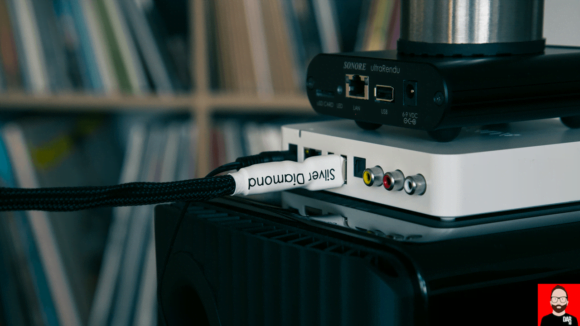 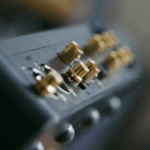 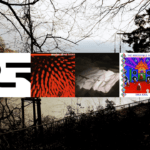