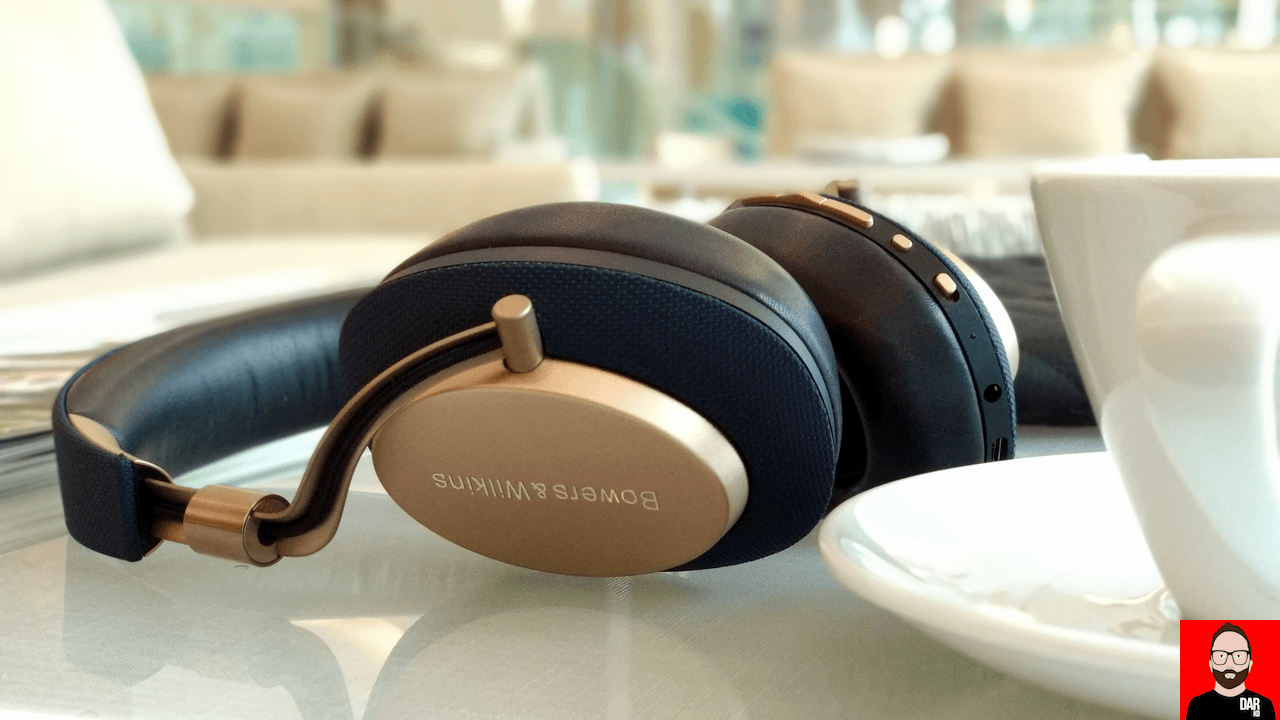 Vacuums. New products aren’t born into airless isolation. They land next to rivals that collectively provide price-point expectations against which the newcomer must be assessed. Today’s review subject is the PX Bluetooth headphone from Bowers & Wilkins but our story doesn’t start with the PX – and neither will it end with the PX. A reader letter sets the scene with a lead actor and a supporting role…

“Dear John. Hello from Italy. In one of your last posts, you suggest Sony’s WH-1000XM2 headphone as the equivalent of a LS50 Wireless for headfi but you have also mentioned Bowers & Wilkins’ PX as impressive [Ed – on Instagram]. Can you clarify please a short comparison between the two?”

The MDR-1000X was this reviewer’s first exposure to an exceedling good sounding Bluetooth headphone. A headphone that I’d happily buy again in a heartbeat were they lost or stolen. With the in-built amplifier’s output tuned by DSP to extract the very best performance from the 1.5” dynamic driver, it’s doubtful that we’d even get close to this kind of sound quality with a smartphone’s 3.5mm headphone socket driving a pair of similarly-priced passive ‘phones. Neither would we enjoy the Sony’s functional bounty: noise cancellation, wirelessness, gesture control. This point becomes moot for phones that forego an analogue audio output. We might, therefore, see Bluetooth headphones as the active loudspeakers of the head-fi world.

I’ve done recent time with the MDR-1000X’s successor, the WH-1000XM2 to which our Italian reader refers, but the update is more functional nip and tuck and not worth the entry fee for those looking to upgrade from one to the other based on sound quality alone. 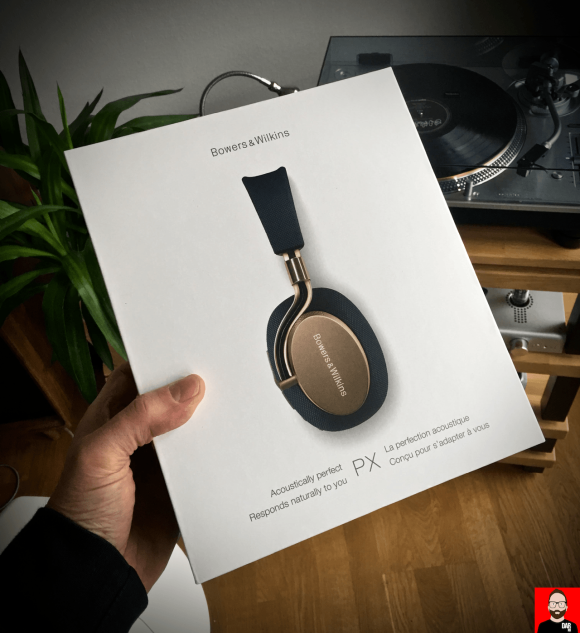 Since the MDR-1000X’s late 2016 release, a third manufacturer has joined Sony and Bose to make a play for the number one spot in the premium Bluetooth headphone space: Bowers & Wilkins PX (€399/£330/US$399) are the British company’s first Bluetooth model. I didn’t solicit a review loaner from their Worthing headquarters. Like the Sony, I put down my own cash on a Berlin-based blind date before flying to Portugal.

On fit and finish, the B&W ace the Sony. Whilst the MDR-1000X’s sleek plastic outerwear is entirely serviceable and 100% fit for purpose, the look and feel of the PX is more befitting of a premium headphone and amply justifies the 10% price jump on the Sony rival.

For those who find the PX’s soft gold metal trim just the wrong side of ostentatious, the alternative space grey finish remains similarly stylishly but more understated in its visual appeal. Those colour options are oh so very Apple.

On long-term (>2hrs) comfort, the Sony take it – but only by a nose. The PX is heavier – 335g to the MDR-1000X’s 285g – and their on-head clamp pressure is notably firmer but never too much. The upshot is that the PX might be best suited to smaller noggins than mine and/or those who lean over – as opposed to simply sit at – their work desk.

The supplied soft cotton pouch is fine for protecting the PX against scratches but it’s unlikely to withstand bigger knocks. A pity that B&W didn’t option a hardshell carry case – as did Sony – for a product that’s intended to travel with the user on the daily commute or vacation. 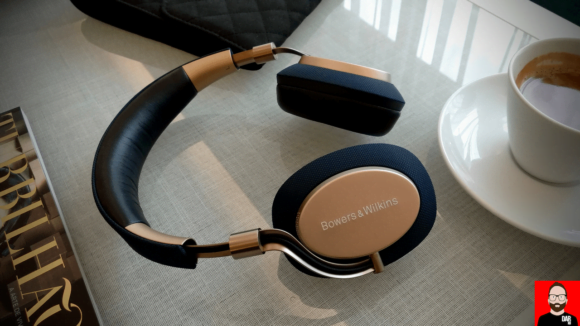 That brings us to the PX’s battery life. Just enough for going long haul from London to Sydney: according to B&W, via Bluetooth we’ll get 22 hours with active noise cancellation (ANC) engaged and 29 hours without. That’s a little more than the MDR-1000X’s 20-hour minimum. Should the battery hit zero on either model, only the Sony steps up with a passive mode rescue.

The B&W don’t run this way. The PX offer an automated play/pause ‘Wear Sensor’ feature where lifting the right earcup from the head pauses playback and replacing it resumes playback. That’s the theory. In reality, it was too easily spooked. On more occasions than I would have liked from its medium-sensitive setting, the slightest head movement would cause music to unexpectedly pause and then momentarily resume.

Making the PX less sensitive to twitches called for a settings adjustment in B&W’s attractively designed smartphone app. Alas, this only took, sensitivity issues in the other direction – music would simply refuse to pause when lifting the right earcup. This occured with both the iOS and Android versions.

A December 2017 in-app firmware update made the PX’s movement sensitivity less erratic but didn’t eliminate it entirely. I elected to disable the ‘Wear Sensor’ function and control playback via with the three slimline push buttons (volume up, play/pause, volume down) that line the back of the PX’s right earcup.

Neither are the Sony headphones niggle free. The automatic calibration mode that uses a series of test tones to optimise the MDR-1000X’s sound quality according to on-head fit and earcup seal is often a swing and a miss. Sometimes the calibration makes a positive difference but most times I hear no difference at all, even with spectacles removed.

Many consumers will be looking at the B&W (or the Sony) for their noise-cancelling abilities. For the frequent flyer, the joy of being able to dull cabin noise at the press of a button is a most underrated pleasure. Whilst three operational profiles (office, city, flight) with adjustable voice passthrough allow us to manually tailor the ANC’s potency according to needs and location in the PX, it is the MDR-1000X that prove be more effective at cancelling external noise – in cafes, out in the street and especially on a plane. That said, that ‘sucking’ feeling sometimes experienced with the MDR-1000X’s ANC is nowhere to be found on the B&W. Swings, roundabouts.

It’s worth noting that Sony’s newer WH-1000XM2 does away with the MDR-1000X’s ‘ambient sound mode’ – where external noise can be permanently added to the sound mix – to add longer battery life and, like B&W, an accompanying smartphone app. Sony have taken its ANC profile application a step further by tapping into the host device’s accelerometer to assess user location (train vs. walking) and apply different noise cancelling profiles accordingly – more ANC on a plane, less whilst in the street. Thankfully, Sony had the forethought to make this automatically adjusting behaviour defeatable. 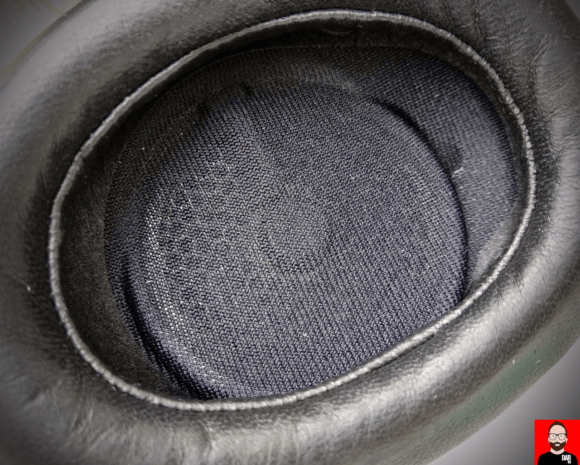 As many a Bose QC35 user will tell you, the sound quality is important but it isn’t everything. Like Sony before them, B&W seriously up the ante on a Bluetooth headphone’s aural satisfaction, maybe more so.

The PX offer a greater sense of transparency than the Sony MDR-1000X. Their tendency to make music sound more muscular also makes them the more rhythmically adept of the two and more arresting with the techno throb of Fluke or Underworld. On centralised headstage, the PX win again, painting Desolate’s The Invisible Insurrection as an avenue of stars. B&W give us more of (what some might call) a high-fidelity experience than Sony.

To call the MDR-1000X the warmer sounding of the two headphones isn’t quite on the money. Instead, we might call out the Sony’s treble as more honeyed but lacking the PX’s incision which in turn falls short of high-end headphones like the AudioQuest NightOwl Carbon. Top-to-bottom, the Japanese rival sounds more veiled but also ‘fattier’ – a good thing for those would bristle at the thought of poorer recordings (The Hold Steady, Future of the Left, The House of Love) being more readily exposed by the PX.

Similarly, the Sony is also more inclined to narrow the differences between input types: wired active, AAC from the iPhone or Sony’s own high/er bandwidth Bluetooth LDAC codec from a Sony NW-ZX2 Walkman. 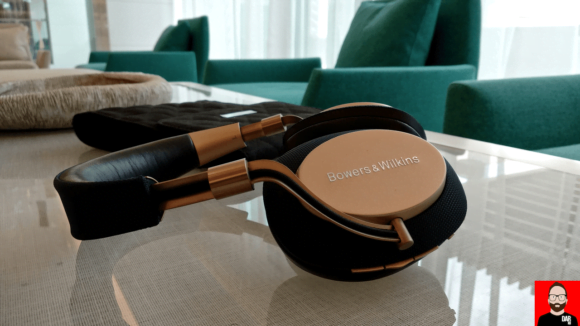 The B&W’s ability to offer a cleaner window on music means we’re more likely to hear the qualitative differences Bluetooth codecs too. Moving from iPhone to Macbook switches the codec up from AAC to Qualcomm’s aptX to introduce a very slight improvement in treble extension and soundstage width in the B&W but not so much in the Sony. Interesting.

And yet the PX have another rabbit to pull from the hat: their USB-C charging port can be connected directly to a laptop for headphone-derived D/A conversion and a potentially lossless digital connection (for which battery life stretches out to 33 hours with ANC engaged and 50 without). A very neat trick. In other words, the B&W don’t have to be run wirelessly…even though most users probably will.

All other things being equal, the B&W PX nudge out the Sony MDR-1000X on sound quality and looks but not future-fi functionality and comfort. Picking a clear winner doesn’t come much tougher than that.

In the Bluetooth headphone world, things are rarely equal. Sound quality doesn’t only rise and fall on hardware design and implementation. As we hear via the B&W more than the Sony, the codec carrying digital audio from the source (smartphone) to sink (headphone) can play a significant role. That is where we are headed next… 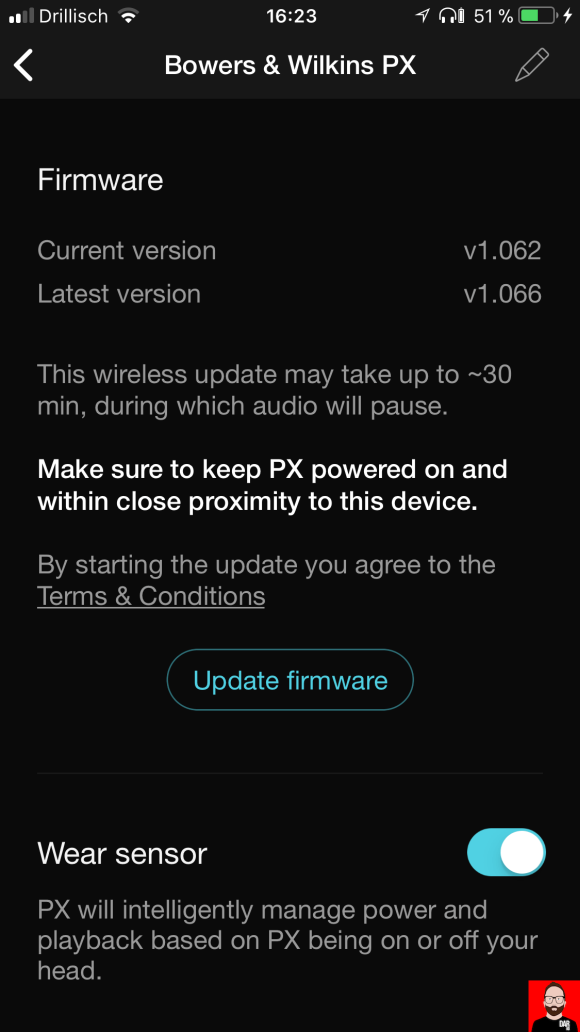 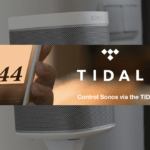 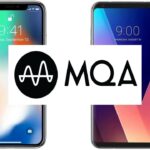