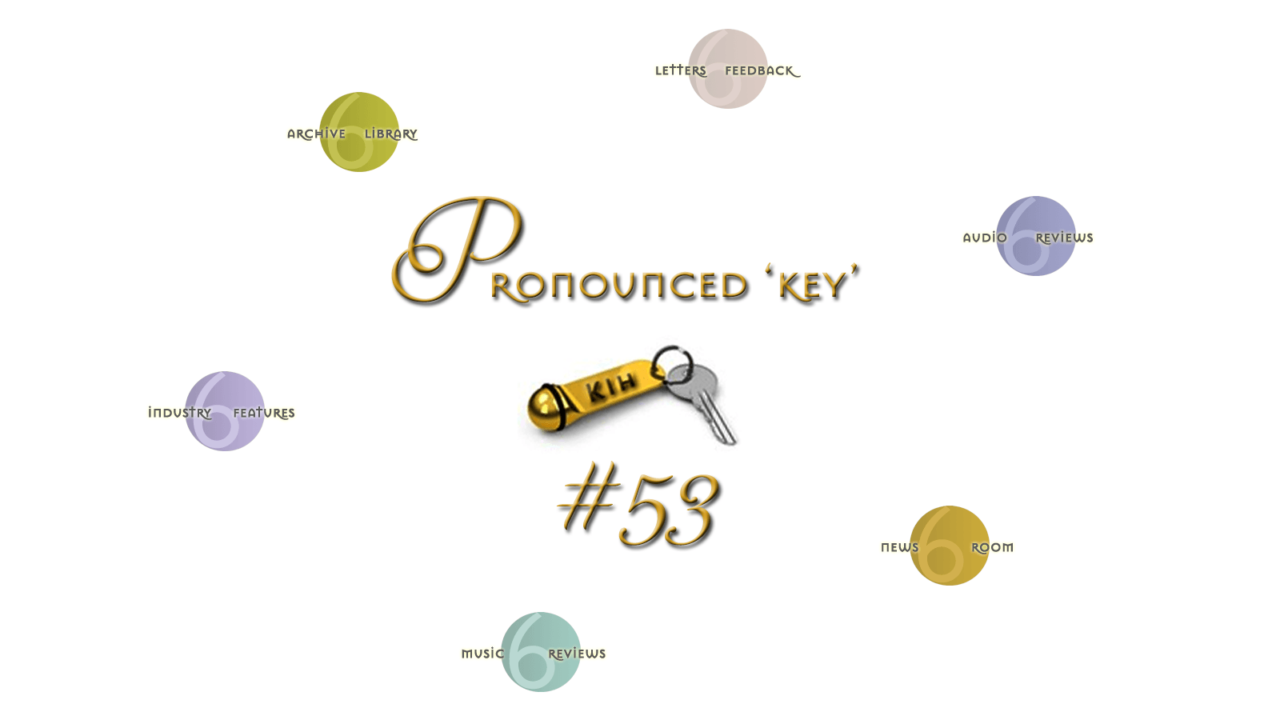 Location. Say it three times. Fast. Voilà, the famous real-estate mantra. My wife and I recently visited Athlone, a quite central Irish town with the mighty Shannon river through it which heavy seasonal rains had bloated. The owner of a men’s clothing shoppe right across from the old castle explained how location applied to their 70-year old business. They’re in the old part of town. It’s nearly exclusively populated by pubs and restaurants. It gets beaucoup evening but very little day-time traffic. And that’s absolutely perfect for his mature male clientele. Those greying paunchy blokes despise the bustling atmosphere on the other side of the river. It’s where all the other shops try to do business with the young and trendy against the magnetic pull of two big malls. 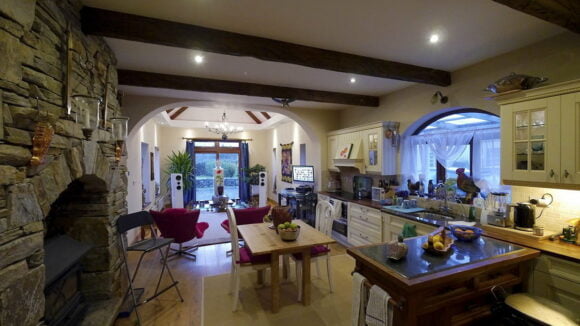 Meanwhile the owner of an estate jewellery boutique right across from the central two-storey mall with cheap underground parking and the Sheraton hotel on the far end confirmed how important it was to her business to be situated where all the day-time traffic mills about. And we’re not talking large distances. What separated the two retailers was a brief 5-minute walk across the bridge. But it spelled a massive difference for traffic, audience, for being seen and thus, hopefully entered.

Location also applies to hifi, albeit in a different way. For us it becomes the room per se. Unlike an analog or digital EQ which can be turned on and off at will many times a minute, the room can’t ever be turned off to let us hear the insidious effects it has on our sound. The only time we really are keenly aware of its contributions is when we first move our system from another room or house as my wife and I just did again over the winter holidays. During those first few days, one is keenly conscious of the difference. Then the bio computer of our ear/brain performs its auto interpolation so comprehensively that the new and different turns status quo. Within days, it becomes that to which we’re now used as our new normal. Thereafter we can’t ever really step out to inspect it from an objective distance. We’re in it fully immersed and attuned. 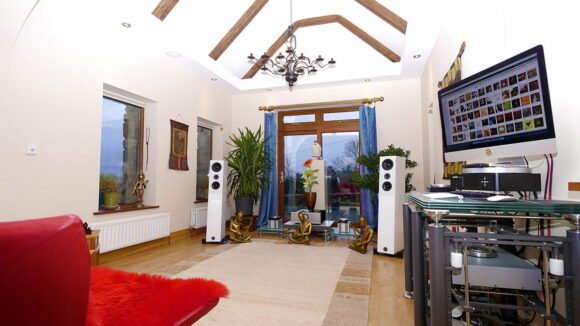 Unless there’s something majorly wrong like an 8dB or higher peak at say 55Hz which booms like a struck bell whenever a bass note hits it, the room vanishes from our awareness as a definable quantity. Yet it remains the by far biggest signal processor on our sound. Unlike component swaps which we can A/B until we’re certain what does what, we can’t shift back and forth between old and new rooms. Hence the biggest influencer on our sonic quality becomes essentially invisible to informed assessment. From now on we chase component or cables swaps which operate at rather lower magnitudes of importance. Is that the sad end of it? 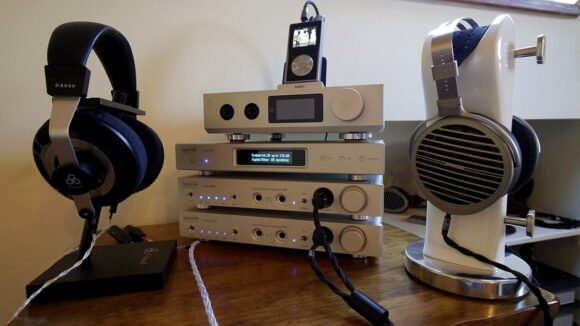 Not. We can eliminate the room entirely. And this process can be A/B’d ad infinitum. Enter headphones with linear not contoured voicing like a HifiMan HE-1000 or Susvara. Though headfi differs from speakerfi in a number of obvious ways (it’s a far more compact presentation and unless there’s electronic cross feed, each ear only hears one channel), it strategically takes out of the equation the room and its influence on the frequency response and decay times. Neither of those will be linear or even but our hearing automatically compensates to minimize the offsets.

A good pair of ‘monitor’ headphones (those which are voiced neutral like a studio monitor speaker) give us a reference point for micro detail that’s not obscured in the 35-45dB standing noise floor of our room; or which is overlaid by bass muck which clouds over the midrange and damps out the fine treble. It gives us linear damping that’s essentially free from standing-wave induced ringing as the signature of a typical room. We learn what our most telling tracks of music actually contain before the room gets busy to interfere with them. Besides a far more linear frequency response, there’ll be small details we never heard before. And there could be bass reach and pitch definition which are well beyond what the room lets our speakers do (or of which they’re capable in the first place). 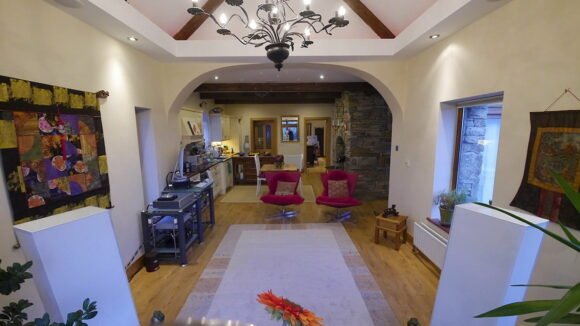 Even if we’re not natural-born headfi admirers because we can’t deal with the crammed in-head perspective and presentation of isolated channels, we can borrow a useful headphone and driver amp to educate ourselves. This can quickly identify prospective areas of improvement and correction for the speaker system. It’s really the only way to approximate knowing what’s going on with our hifi. If you’ve never done this before—compared a good headphone setup to your speaker system— you won’t have a full appreciation for what your room does to the sound except for the coarsest most annoying aberrations. And as we all know, you can only seek a cure if you’ve first diagnosed the problem correctly. Why fly blind? Isn’t it time to pursue system improvements more strategically and informed? Just sayin’… 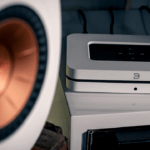 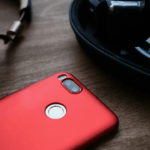