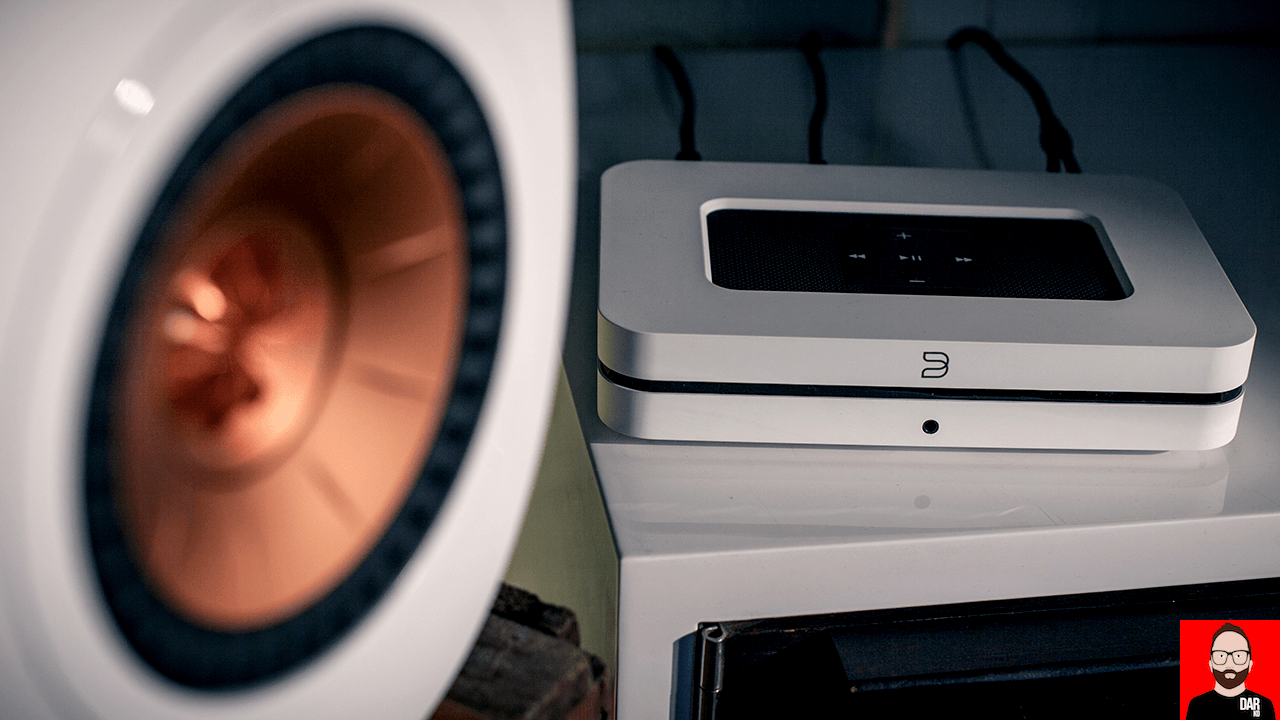 Purity – for audiophile idealists it might be the shortest signal path from studio to ear. Isn’t that what we all strive for? Not necessarily. For some, hardware choices might incorporate additional factors: convenience, versatility, looks. They might also incorporate the odd signal path detour.

For this streaming-focussed Music-First Audiophile, bits make the journey from FLAC file to transducer via file server, router, streamer, D/A converter, amplifier and numerous cables. Inside my home, the KEF LS50 Wireless take care of all but the router and file server (a MacMini).

At first blush, the LS50 Wireless might look like an ordinary pair of loudspeakers. That touch panel on top of the right speaker gives us the first indication that something is up. Turn it around and we note three digital sockets (Ethernet, TOSLINK, asynchronous USB) and an ‘AUX’ analogue RCA input – but no binding posts for loudspeaker cables.

This topology kicks the door down on myriad streaming options, wired and wireless: Bluetooth, Spotify Connect, Tidal, Roon and DLNA. Per the numerous positive reviews already out there, the concept is proving a real winner for KEF and their customers.

This coverage isn’t one such review. It isn’t just about the KEFs.

From their internals our story expands. Into each LS50 Wireless, KEF have put two amplifiers – one per driver – and D/A conversion. Before that, digital domain crossover and phase-error correction.

A system-in-a-box with short signal paths and no interconnects – no outboard devices required. As pure as it gets.

The line-level input is a curious inclusion, waving hello to a phono pre-amplifier (for example) whose output sees 24bit/192kHz PCM analogue/digital converter (ADC) upon entry to the LS50 Wireless.  The signal is moved from the analogue domain to the digital for channel splitting/hand-off, DSP correction/tweaks and crossover.

Horror for analogue idealists, right? Not so fast. Our publisher reports favourably on the LS50 Wireless RCA inputs’ ability to communicate upstream changes to the analogue signal wrought by different phono stages, cartridges and their loading – so why not DACs whose output signals are also analogue?

Let’s add an external (streaming) DAC to the mix and see where it takes us. In comes another jack-of-all-trades: the Bluesound Node 2. In my setup, this is box number two. At the top of the chain, the Roon Core-d Mac Mini is number one. The KEFs come in at numbers three and four. (My network router doesn’t factor into this box count.)

In holding tight to an outboard streamer/DAC like the Bluesound Node 2 we might think we are wasting our time (and money). The Node 2 plays catch on network streams, applies its own D/A conversion only for the music signal to be moved back into the digital domain upon entering the KEFs and seeing a second dose of D/A conversion just prior to amplification. That’s a lot of conversion. Is this a problem? Purity, anyone? 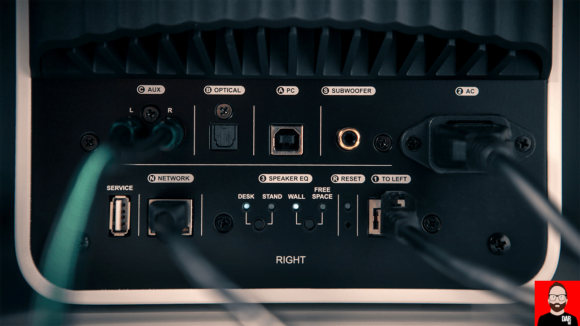 Previously I’ve used the Node 2 as a digital nose bag, connected to the KEFs with an Audioquest Forest TOSLINK cable: 1) a RAAT Roon Ready streamer and 2) a Spotify Connect host. Since the possibility of streaming Roon directly to the LS50Ws via ethernet is relatively new (and so is their Spotify-enabling firmware upgrade), the Node 2 has been my solution for getting both, Roon (plus Tidal) and Spotify. But that neat Bluesound box has more to offer: it’s also cradles a full-blown DAC with MQA compatibility.

Question: does the internal A/D conversion of the KEF LS50W loudspeakers interfere with sound quality in a way that renders any external DAC surplus to requirements? In other words, does the KEF’s internal ADC-DAC process homogenise incoming analogue signals, even if that analogue signal comes from an external DAC? Let’s find out.

Why bother, you might ask? Let‘s break it down real quick. The KEFs’ internal D/A conversion can‘t be bypassed so we should consider its sound as a fixed part of the chain. The only thing we *can* play around with (in addition to the internal software-driven DSP module) is the analogue input.

In the blue corner we have direct Roon streaming via ethernet. No external components whatsoever. For the red corner, a diversion: I hooked up the analogue output of the Node 2 to the analogue input of the KEFs via Audioquest Evergreen RCA interconnects.

The Roon-running MacMini plays file server to both. In other words: the theoretical purity of a single D/A stage vs. the three-step D/A – A/D – D/A. 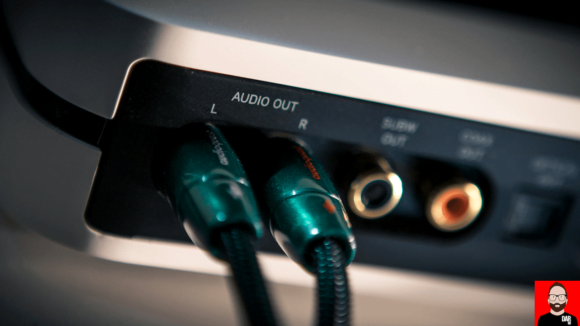 If we hear an audible difference between the digital bits coming from the blue corner and the analogue ‘waves’ from the red one, we can consider the KEF’s ADC to be fully transparent (as it should be).

Tom Waits’ voice rumbles a bit differently through the KEF’s direct-digital Ethernet. I find it to be cleaner than when heard via the Node 2 detour where the vast array of strange instruments in Waits’ music seem to squeeze together a little. That’s not a bad thing, it actually fits the music. However, it’s the unique sound of the Node 2 we’re witnessing here.

The sound heard from each corner – blue vs. red – is not the same. The delta isn’t day and night but neither is it nothing.

On a electronic tip, Moderat’s dynamically arresting “A New Error” sounds so unbelievably good through these speakers. But once again, that sound does vary with input. The Node 2 throws in a little extra oopmh to the low end while the KEFs show what they are capable of in terms of detail. Very nice.

Simplifying for the sake of clarity: the KEFs might be draw from the listener words like ‘neutral’ and ‘accurate’ while the Node 2 adds a little warmth to the mix and is comparatively less detailed. 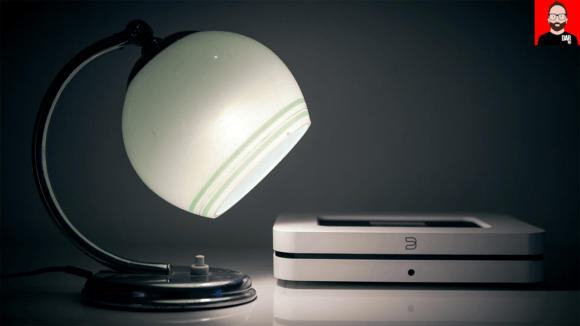 With all these audible differences, one question remains: do the digitally-active LS50 Wireless sound better with an outboard DAC? The answer will depend on the DAC. What’s certain is that an external DAC’s sound does not fall to the chip alone. We must consider the power supply and output stage. After all, a DACs output is analogue for which upstream differences appear not to be impeded by the KEF’s in-built ADC.

The upshot is that we now have two weapons of choice in order to tweak the KEF sound here: DSP (via both, the KEF app and Roon‘s DSP engine) or an outboard DAC. For LS50 Wireless owners with existing DACs, its worth a shot. For those without: do you feel the itch already?

The KEF’s standing as a system in a box remains valid but now we know: you can hook up your favourite DAC without losing its unique sound to the inner workings of the KEFs. Fall not for the cliché that only the purest signal path will work proper magic on your enjoyment of music. 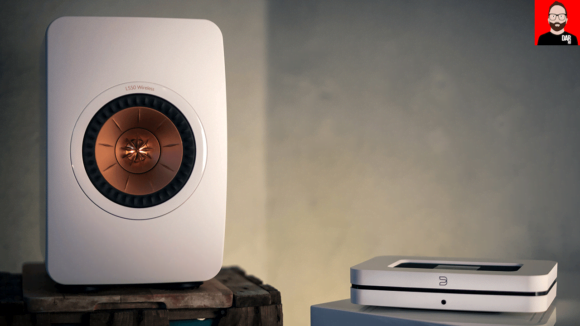 A music enthusiast, Olaf von Voss has been a freelance cameraman for ten years. From his home in Berlin, he travels the world to shoot film projects; a collection of music and a decent pair of headphones can always be found in his suitcase. 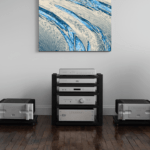 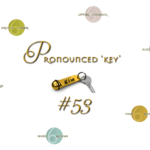