The DirectStream DAC is not like other DACs. Instead of a more common off-the shelf DAC chip, PS Audio load an FPGA chip with software coded by one Ted Smith, he of wizard beard and Hawaiian shirt. And like the computer operating systems we use daily, Smith’s DirectStream code is updated semi-regularly – at zero charge to the end user – to bring him/her better sound quality from the DirectStream DAC.

Each software version is named after one of Colorado’s ‘Fourteener’ peaks. June’s Huron update effected the most dramatic SQ improvement to date, pushing the DirectStream to another peak: that of the Darko DAC Index. The implication is clear: the DirectStream is a better sounding DAC than when it first shipped three years ago despite its hardware configuration remaining the same; hifi is now a software game.

This week brings news of the next DirectStream software evolution: Redcloud.

“By diligent effort Ted has managed to improve upon Huron, the best-sounding firmware PS had ever released. The new OS, Redcloud, improves upon Huron’s already-exemplary spatial presentation, dynamic contrasts, and low bass. By better-linearizing low-level signals, Ted has managed to reduce residual noise and THD even more, with startling improvements to low-level resolution, ambient hall sound, and solidity of bass performance. Blacker backgrounds, immediately-identifiable concert venues, and incredible dynamic slam are all evident with Redcloud.

As good as Huron was, Redcloud is far better. The improvements are immediately noticeable—as Paul McGowan put it, “it’s a 10-seconder. You hear how much better it is instantly.” 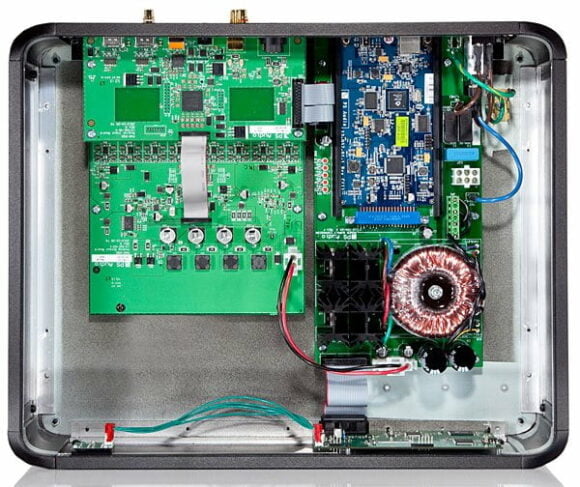 Moving our coverage from churnalism to journalism, software updates aren’t always about improving sound or functionality. Microsoft, Google and Apple, often roll them out to squash bugs and iron out wrinkles. Redcloud is no exception.

Via a PS Audio forum post Ted Smith writes, “Redcloud continues the work done for Huron. Huron had a few rough edges that were especially apparent on the DS Jr at lower volume levels. It turns out that they were always there but were more exposed in Huron than previous releases. A few DS Sr users noticed them as well.

Redcloud features much whiter background noise: this should greatly help those who listen at lower volume levels. The system’s analog background noise floor hasn’t changed (that would require a change in the hardware) but the cause of the digital noise floor being colored differently with each release has been fixed, this also lowers THD at all signal levels less than -10dBFS (i.e. almost everything you’ll listen to.)

With this change some of the less effective ameliorations for low level noise/distortion have been removed. This should firm up the bass, lower THD, lessen distortion at very high levels (> 3dBFS) and overall be less hazy than previous releases. In particular the changes in the bass from Torreys to Huron were an adjustment of one of those anti distortion patches. Now the whole patch is gone with another improvement to the bass.

“Huron fixed some clicks and pops for a few users, but I think that almost everyone noticed some slightly louder clicks and pops switching between PCM and DSD that weren’t there in previous releases.”

“Some of those clicks and pops during transitions from one format to another have been treated. A quick volume ramp down and then ramp up has been added at any change in sample rates, transition to/from PCM from/to DSD happens, or deemphasis being engaged or disengaged. Also a source of some small ticks going from DSD to PCM have been fixed.” 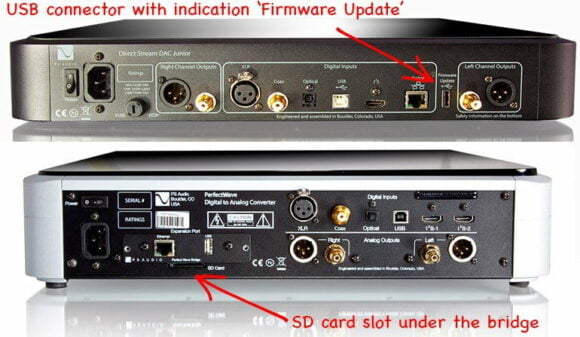 However, this isn’t the biggest news to spill this week from the Colorado manufacturer’s PR office.

The optional Network Bridge II card that slots into the rear of the DirectStream to add network/Internet streaming via Roon or PS Audio’s own app is also getting clean code.

And this update is a biggie: Spotify Connect – for those, like yours truly, who don’t subscribe to a lossless-or-die attitude and realise the importance of a decent UX; vTuner – for Internet radio fiends; Qobuz – for Europeans who enjoy hi-res streaming without MQA; and a more sophisticated MQA/Roon implementation, details of which are a little vague at press time.

The DC Blocker from @ifiaudio. It blocks DC. #Dark