Paris, France. Can Devialet’s Gold Phantom, digitally active loudspeakers configured as a pair with the stereo-routing Dialog box (€5399 all in), trump a pair of passive Magico Q5 floorstanders (US$59,000) driven by outboard amplification: Devialet’s Expert 1000 Pro (€27,999)?

In short: no; but it’s a closer call than one might expect: for 20x the cash burn we net more air, greater clarity on spatial cues and a taller soundstage from the Q5/Expert combo. Also crystal clear is how the Gold Phantom want for absolutely nothing below the waist. This standmount is rated down to an astonishing 14Hz and will happily go toe-to-toe with any floorstander and without subwoofer intervention. A dream come true for lovers of electronic music, hip-hop or modern pop. In other words, fun for the man in the street.

Appropriately, this quick A/B stand-off took place at Devialet’s new La Maison store on the busy Rue Réamur in Paris’ second Arrondissement – a straight five minute walk from their new HQ at #thecloud, an office development that’s as Millennial-friendly as its hash-tagged name suggests. They might not be listed on the board behind the security desk but Facebook’s French operation are also headquartered here. 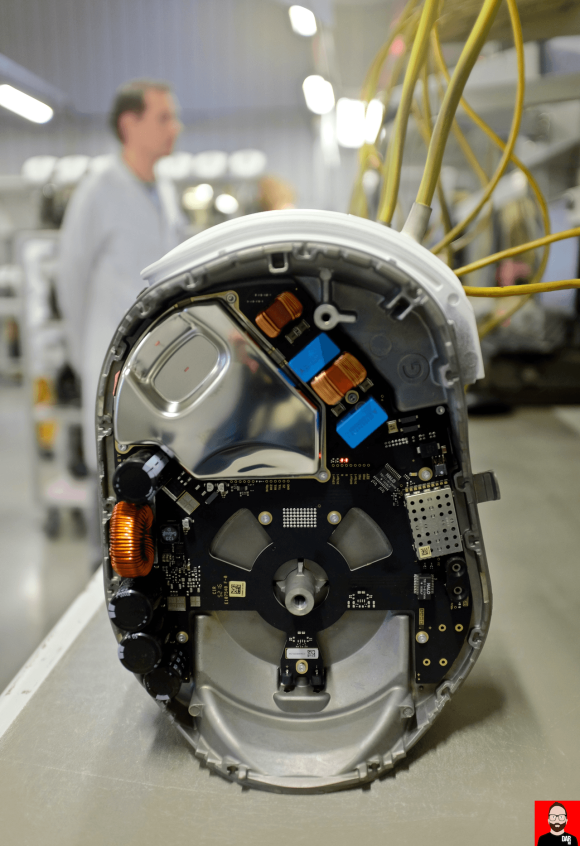 For this audiophile, sound quality matters not a jot if the system’s aesthetics have been thrown under the bus, rendering what lays before the listener the look and feel of an aborted science project.

The artworks hanging on the walls of the nearby Louvre have taught us that what we look can change the way we feel, sometimes as dramatically as music. From the shiny chromed low profile Expert Pro range of audiophile-centric super-integrateds (also configurable as monoblocks) to the Phantom’s standing as the poster child of Future-Fi, it’s clear that Devialet’s Chef D-Enterprise Pierre-Emmanuel Calmel, chairing the morning’s listening session, feels the same way.

The Magico Q5 have garnered rave reviews the world over but that (heavily damped) cabinet is somewhat pedestrian in appearance. It can’t hold a candle to the Phantom’s status as an Objet D’art of the loudspeaker world. For the right customer, one who sees that aesthetics matter, the Gold Phantom will win out every single time. And not only because the Devialet eggs sell for one tenth of the price of the Magico, demand no additional hardware for which we play no amplifier lottery and  need no hifi rack: its associated cable salad evaporates in Phantom hands. 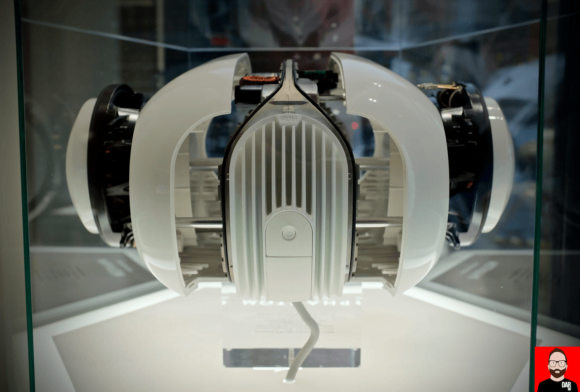 A fifteen minute walk in the other direction brings us to Devialet’s latest retail location: the Palais Garnier, the opera house that served as backdrop for Gaston Leroux’s original novel, its 1925 film adaption by Lon Chaney and the Andrew Lloyd-Webber musical that debuted in 1986 and has since gone on to become the longest-running show in Broadway history. Welcome to the Phantom of the Opera, hifi style.

To the left side of the Palais Garnier’s front facade (that stares down the suitably majestic L’Avenue de L’Opéra), a pair of tall double doors open into a wooden-floored space that at 18 metre is considerably higher than it is deep or wide. Any grumbling about the room’s acoustics dissolve when we ask: which other hifi manufacturer is bringing the better audio hardware message to the cashed-up mainstreamer in as many places as Devialet? The French company now has forty high street locations worldwide: 18 stores and 22 Immersive Rooms, 3 of which are mobile and can take the Phantom listening experience on the road. By year’s end, they will employ 400 people. Impressive numbers for the audio world. 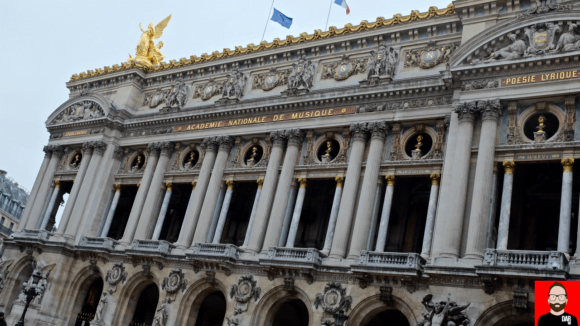 Back in Paris, the collaboration with L’Opéra Garnier has given rise to a co-branding exercise: the Gold Phantom Opéra De Paris (€2790 each) sports gold-leaf cheeks crafted by Ateliers Gohard – the company charged with restoring the gold leaf in the Palais Garnier’s interior.

The Opéra De Paris edition’s external niceties will set you back an additional €200 on the standard Gold Phantom but sound-wise they remain the same animal housing 4500W of internal ADH amplification and full streaming functionality. This deluxe finished isn’t intended as a limited edition but for now at least you’ll have to travel to Paris to get one. Or two. The Gold Phantom Opéra De Paris is currently only available at the Palais Garnier store. 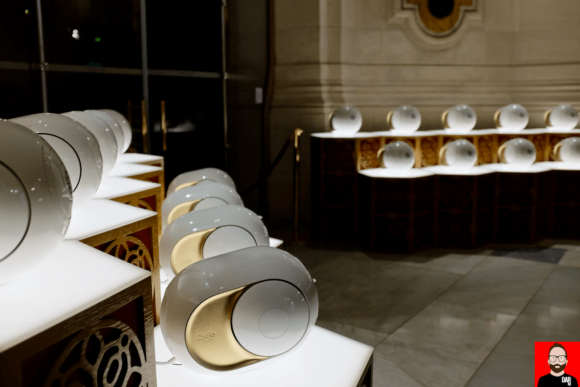 Whilst you’re there, it’s worth checking out Devialet’s unusual but fun demo. Sixteen Gold Phantom Opéra De Paris, each charged with synchronised playback of specific instruments to collectively simulate a virtual orchestra (and virtual Pink Floyd). If that sounds too whacky for even the most traditional of audiophile ears, the remaining two Gold Phantom (of the eighteen) will play music in ye olde stereo.

One thousand British pounds per pair. More info at

Rather than report on @innuos 2.0 with words and s

You don't *have* to own a Devialet to turn a volum

Who knew that a reformed @arabstrapband could make

I still find it incredible that YouTube allows me

There's a party in my mind. And that party never s

Still crazy after all these years. #can #halleluhw

Stand in the place where you live. @wilson.audio #