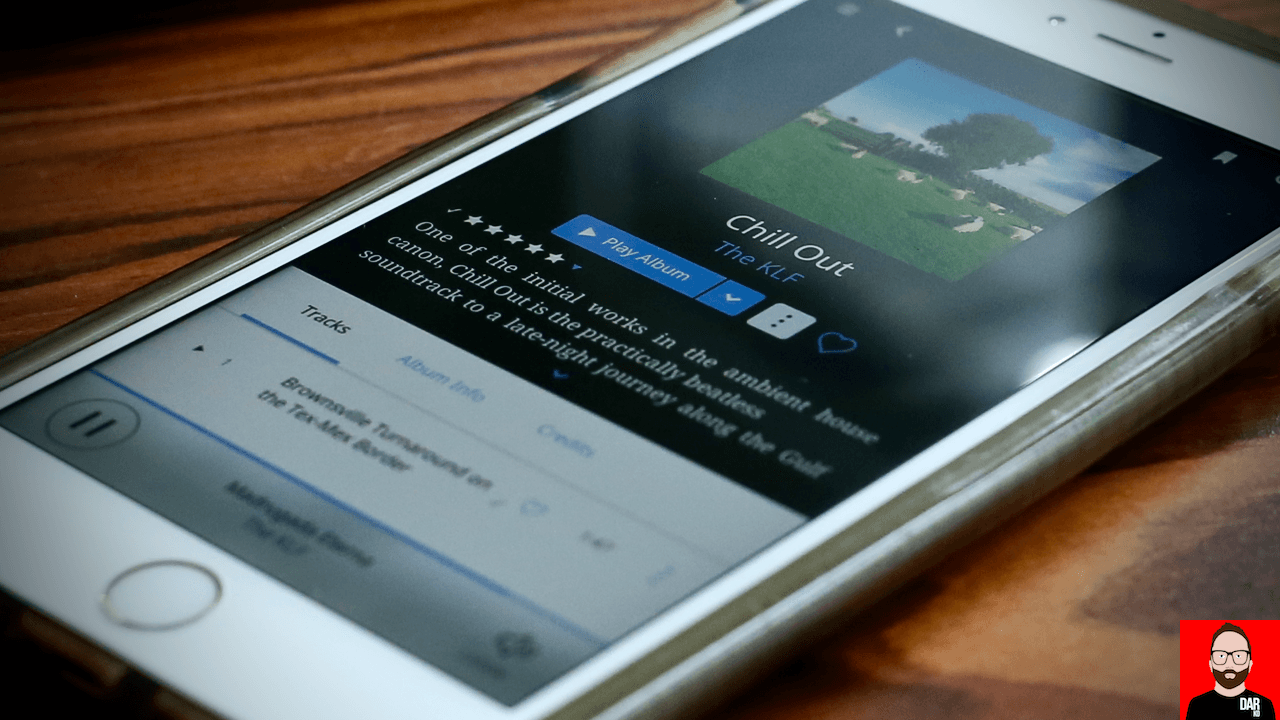 On digital audio knowledge, it’s not what we know that matters most but our ability to grasp what we don’t know. High-end digital audio asks us to install software and USB drivers and troubleshoot the same. When faced with a roadblock, do we dismiss the pursuit of better sound quality as overly complicated or do we admit that it’s currently beyond our ken and that we’re keen to learn?

Self-knowledge pertaining to the setup and troubleshooting of network audio often comes with sharper edges. If we’re getting audible dropouts or if one device refuses to see another, do we phone our dealer to complain of a faulty product or do we consider the possibility that it might be our home network or device configuration at fault? A career spent in the nebulous world of I.T. counts for little if a sense of pride rules our head to restrict our ability to separate what we do know from what we don’t.

Are we Sherlock Holmes, eliminating all possibilities to observe what remains (as truth), or are we a closed book, fearful of admitting that we don’t quite understand, hiding our ego behind our career resumé?

DAR reader Alexander K., knowing what he doesn’t know, steps forward with a simple request: “I am waiting to hear more about the Roon and LS50 Wireless marriage about which you wrote. I have read your post/s in which you mentioned Roon service but I don’t understand totally about this connection or end point. Can you explain to me what I need and how this works regarding the KEF LS50 Wireless and Roon. I use Tidal and I have iMac 5k which can be used also for hi-res music data storage.” 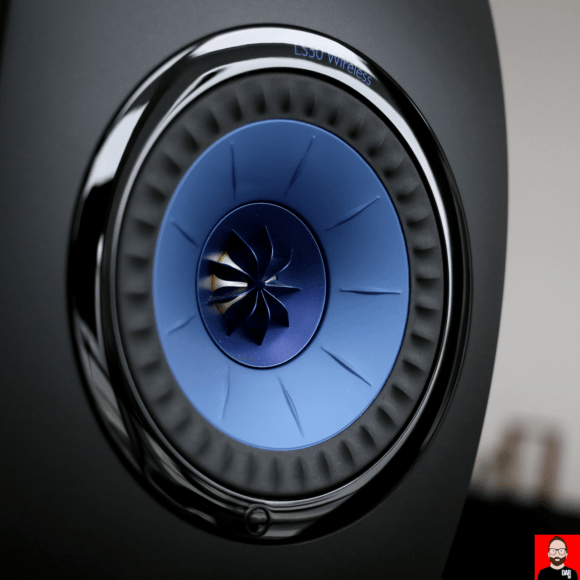 We first need to understand the concept of an endpoint. Data travelling via Ethernet or wifi from a server located somewhere else on the network, or from the cloud, must arrive somewhere. Every piece of audio data has a destination. For network audio we call that destination an endpoint. In our case, it’s a device that hands off the audio stream to the D/A converter.

In some products these endpoints sit out of sight, inside a piece of hardware, right next to the DAC chip. Elsewhere, endpoints are third party-manufactured external devices connected to the DAC via its digital inputs: TOSLINK, coaxial, AES/EBU or USB.

When I first started out with the KEF LS50 Wireless (US$2199/pair) in December 2016 I had an 11″ Macbook Air hooked directly into the LS50W’s USB port (which in turn fed the KEF’s internal DAC/s). Setup was a snap: two power cables, two Ethernet, one USB.

The Macbook ran Roon (US$499/lifetime, 14-day trial) and, depending on how its role was configured by yours truly, the Macbook could pull tunes directly from its own hard drive or pull tunes from an Intel NUC running Roon as a server (Core) underneath the stairs. The NUC was connected to the Router via Ethernet cable but the Macbook ran mostly via wi-fi. 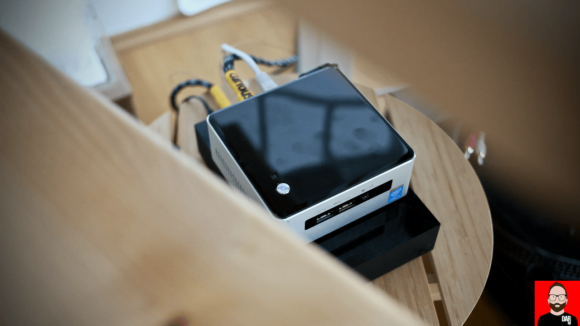 1) Roon’s Tidal integration behaves similarly to locally stored music. In this scenario, either Macbook direct or, my preference, streamed over the network from the NUC.

2) I bore witness to zero audio drop-outs, even with hi-res material. Had they shown up for lunch I would’ve eyed the ISP-supplied router as the most likely culprit.

For playback control, I would sometimes use the Macbook’s own keyboard and trackpad. Roon Remote running on an iPhone connected to the home network via wi-fi performed remote control tricks from the comfort of the couch.

In this triangular hardware arrangement, the remote (iPhone) tells the server (NUC) what to send to the receiving device (Macbook). The Macbook’s role is Roon endpoint. 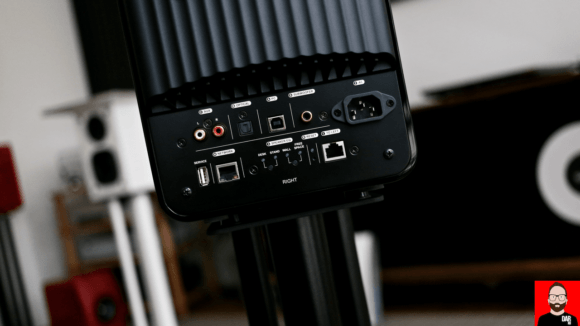 Two months later I swapped out the 11″ Macbook Air for the Roon Ready Sonore microRendu: Ethernet in – from the router – and USB out – into the KEF LS50 Wireless. Think of the microRendu as a headless Linux computer: no screen, no mouse, no keyboard. With friends around, I’d pass the iPad so that they could get hands on with Roon’s surfable magazine layout and playback control. The microRendu pulls all music (Tidal included) across my home network from the under-stairs NUC/Roon server.

In this scenario, the Intel NUC sends the audio stream over the network to the microRendu, which in turn pipes the audio data into the LS50 Wireless via USB. The microRendu’s role is Roon endpoint. 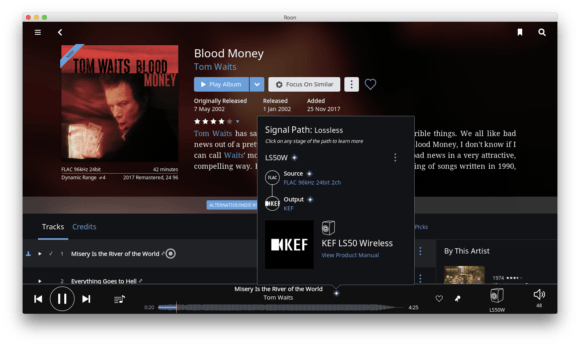 I no longer use the Macbook or the Sonore with the KEFs. A recent firmware update from the British loudspeaker manufacturer put Roon endpoint behaviour inside the LS50 Wireless to allow direct streaming from server to loudspeaker, either wirelessly or hard-wired Ethernet, no third party device required. The digitally active KEFs automatically show up in Roon as a playback destination. A one-time enable and name and we’re set to play music.

Experience audio folk will probably fuss over whether or not a microRendu (or similar) sounds better than streaming directly to the KEFs or ask which Ethernet cable upgrade path they might take.

My own experience says that the audible delta, falling ever-so-slightly in favour of the Sonore device, probably isn’t worth the spend, especially if we must also factor in (and drop cash on) a low noise power supply. The microRendu is best reserved for DACs with zero pre-existing streamer functionality.

To convincingly outperform the LS50 Wireless’ internal Roon reception with a USB feed, we look to Innuos ZENith SE. The Portuguese box’s more organic take on music – possibly the finest digital source heard by this reviewer to date – makes a sound case for dropping three times the loudspeaker/amp/DAC budget on the source. This doesn’t mean the Innuos is stupid expensive but rather the KEF LS50 Wireless – an complete audiophile system-in-a-box – are crazy affordable. 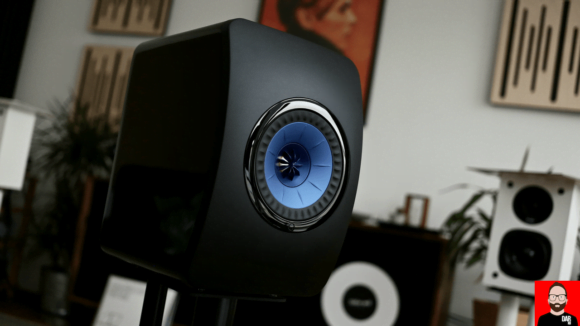 Bringing it back to Alexander K., with the Roon firmware in place on the LS50W and his Roon server rebooted (important!), he no longer needs to tie iMac to speaker via USB.

Instead, he can install Roon on the iMac, hook in a USB drive loaded with songs, point Roon at said USB drive and connect the iMac to the home network. With Roon support enabled on the KEFs, the iMac is free to sit anywhere in the house and stream over the network to the LS50 Wireless, no third party device required.

The LS50 Wireless playing catch on Roon is not a system for tweakers. Its appeal reaches far beyond the gear-head end of the audiophile ghetto where cable, amplifier or DAC swaps are the name of the game. KEF’s digital crossover and per-amplifier/driver optimisation means the hardware locked down. Smartphone-app access to KEF’s DSP engine allows us to tweak according to room size, placement and boundary proximity. Roon’s power features allows frequency response to be further tailored to the room or personal taste.

For this user, KEF/Roon rig’s beauty is in its simplicity: loudspeakers in the lounge room; server under the stairs. Nothing more to add. 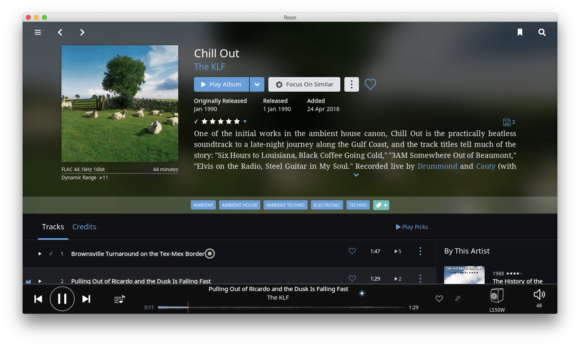 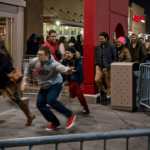 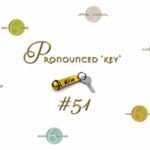