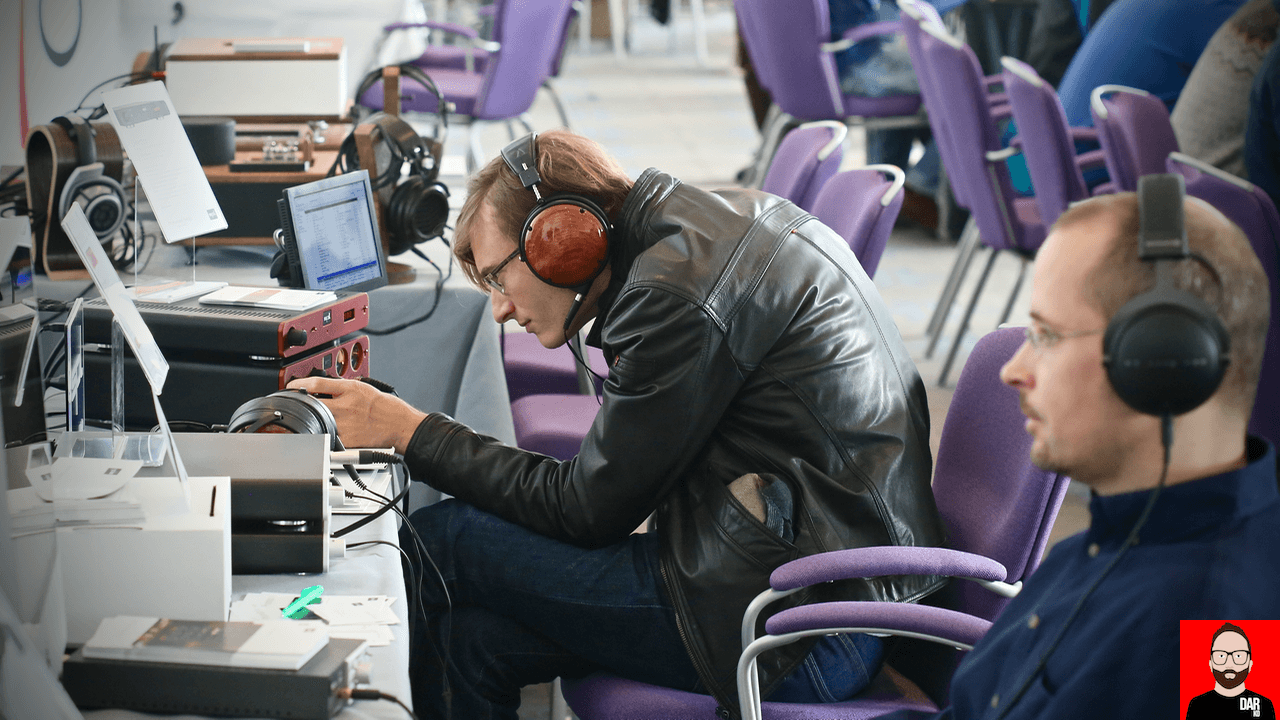 One thousand – that’s the official attendee head count for CanJam Europe 2017 running in Berlin last weekend. Not bad for a small-to-medium headphone show in its fifth year of operation but making its German capital city debut.

How to grow that number – not just of those attending enthusiast shows like CanJam Europe but everyday folk like our friends and families?

The knee-jerk response is usually one of affordability. Few young people have the financial resources to drop close to a grand on a pair of Beyerdynamic T1 or Sennheiser IE800? Instead, we should champion the likes of RHA and 1More whose IEMs often sell for less than US$200.“Build it cheaper and they will come!” goes the reasoning. I’m no longer so sure.

All but a tiny percentage of Gen Y-ers and Millenials own a smartphone. And your average smartphone sells for many hundreds of dollars. Apple’s latest flagship, the iPhone X, demands a thousand. Money that would otherwise buy a very decent headphone setup. Many under-40s have cash. They simply choose not to spend it on headphones. The portable audio world’s lack of mainstream appeal isn’t one of affordability but desirability.

For this commentator, RHA and 1More’s IEM appeal lies not only in a high value quotient but in ease of setup/use. 1More put active noise cancellation into their Dual Driver model’s in-line dongle that in turn pulls digital audio from the upstream smartphone losslessly via MFI-certified Lightning connector. RHA tap the power of Bluetooth. Both make use of a smartphone’s UX, rarely rivalled by DAP manufacturers, and ask not for a second slab of portable hardware solely for music playback. 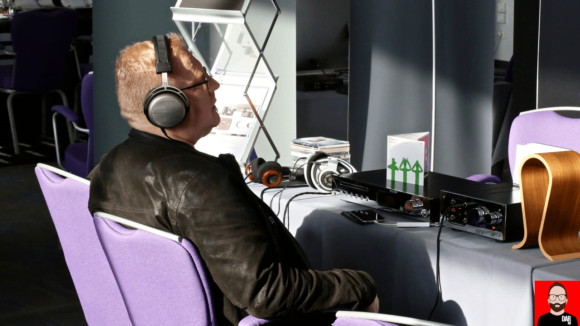 Qualcomm might use weasel words to try to bend our perception of Bluetooth’s prowess as a digital audio carriage service – phrases like “CD-like quality” is a slippery term designed to obfuscate aptX HD (still) lossy delivery. Carefully selected audio data is thrown away by the host device (e.g. smartphone, laptop) before being sent to the receiver (e.g. Bluetooth headphones).

We shouldn’t sweat it though. Lossy transmission doesn’t mean that Bluetooth headphones will sound bad. With their MDR-1000X, Sony have emphatically proven otherwise. Matthias from Sonarworks told me at CanJam Europe 2017 that these very same Japanese headphones sound the same no matter how they are fed: hardwired analogue or Bluetooth digital.

Sony’s engineers have ensured that active noise cancellation applies to both modes of operation. Bluetooth audio, by definition, arrives at the MDR-1000X’s receiver chip in the digital domain. A hardwired analogue feed must be first converted to digital by an ADC. Thereafter, noise-cancelling DSP can be applied – functionality that’s just not possible with the strictly analogue (and lossless) signal path favoured by many purists. 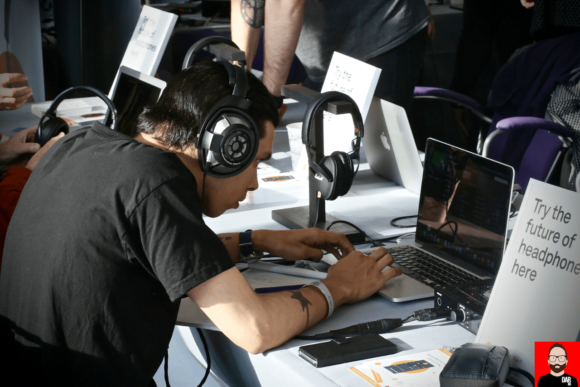 DSP’s utility doesn’t end there. It can also be used to voice a headphone – to even out its frequency response and therefore maximise its audible performance. Sonarworks’ demo at CanJam Europe showed just how potent DSP-powered headphone correction can be. I wasn’t the only one to think so. The Latvian company’s True-Fi software was voted (by show attendees) as joint Best in Show for Accessories.

Last week, Audeze announced their REVEAL software plugin. A free download for AU/VST-capable apps that uses DSP to optimise the sound of every single one of the Californian company’s headphones.

Audeze have internalised similar software code in their ground-breaking Cipher cable – available for Sine, EL-8, iSine and, this week, LCDi4 – to put a bespoke fit DAC and amplifier between DSP and driver. The upshot is a farewell to performance anxiety: “Does my smartphone sound good enough or should I buy a DAP?”

Numerous boxes joined by a nest of cables just to juice a pair of headphones are downright off-putting to the curious onlooker. Sony know this. So too do RHA, 1More and even Audeze (whose headphones I struggle to call affordable). 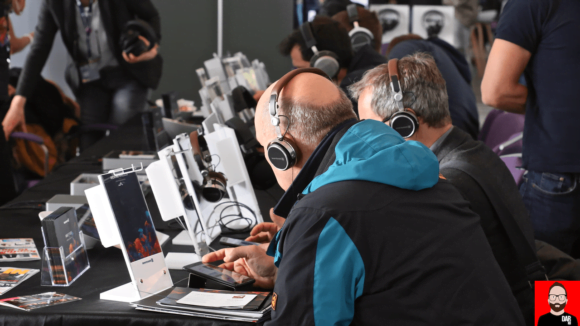 Also getting with the digital program are Germany’s Beyerdynamic whose wireless Aventho on-ears, loaded with Tesla driver, picked up the overall Best in Show gong. The Aventho play catch on Bluetooth streams (AAC and aptX supported) to use DSP – not for noise cancellation – but for the application of user-determined listening profiles uploaded via smartphone app.

From Beyerdynamic’s website: “Via the “Make it yours“ app (MIY app), Aventho wireless makes personalized sound possible. In cooperation with Mimi Hearing Technologies GmbH, the sound personalization was directly integrated into the wireless headphones.”

“Based on your own hearing and thanks to Mimi’s technology, you can create your individual sound profile and upload it to the headphones. The Aventho wireless adapts perfectly to their user and always provides an optimized and individual listening experience, independent from the user’s playback device.”

Like the aforementioned Sony MDR-1000X, the Aventho’s touch sensitive right earpad permits playback control and volume adjustment. An internal battery keeps music flowing for up to 30 hours between charges. 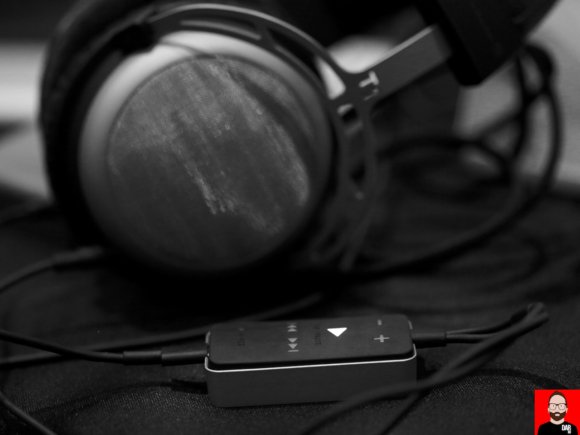 In other words, real-world functionality without the setup hassle. The paradox of choice for would-be ancillary gear doesn’t get a foot in the door. These are the factors that will push buyers over the line when staring down the Aventho’s not-inconsiderable €449 asking price.

Also at Beyerdynamic’s CJEU table I caught the Xelento Wireless IEM (€1199) where a dongle carrying AAC/aptX Bluetooth receiver and rechargeable battery terminates the cable prematurely. Look ma, no DAP! A 3.5mm signal pass through presents for when the battery runs out of steam after 5.5 hours. The question for any reviewer is whether or not DSP’s voicing gains outweigh Bluetooth’s losses.

Also forthcoming from Beyerdynamic is the Impacto Essential (€329) that puts bespoke D/A conversion / amplification into an in-line dongle for more convenient drive of the company’s own Tesla-driver T1, T5p and Amiron Home headphones. Applicable to three different models means the Impacto Essential is a straight DAC-amp – no DSP. Its body features a rechargeable detachable battery pack for devices that would otherwise baulk at its power draw. 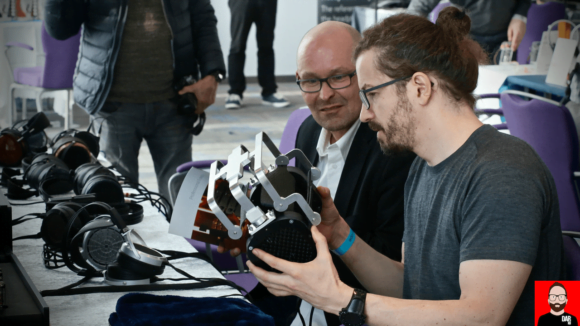 Can you see the theme hear? These products’ appeal doesn’t only stem from convenience but its cousin, simplicity. Bluetooth and/or DAC/amp dongles allow for easier connections to existing digital sources – smartphones, tablets and laptops – but they also render (often bulkier) third party DAC/amps surplus to requirements.

Also dismissed from class are notions of rubber strapping devices together into bricks that are rarely pocketable, which lend the (portable) audio world a Rail Transport Modelling mentality where the hardcore minority’s discussion of Nth-degree tweakery would otherwise repel mainstream interest.

Perhaps we might see Bluetooth (or Lightning connector) headphones as the digitally active loudspeakers of the headphone world: streamer, DAC, amplifier and drivers in a simple, single package.

Starter systems that draw on DSP power put an end to the potentially endless (and costly) trial-and-error churn that plays out in an enthusiast’s hands. Less = more multiplies newcomer attraction. Simplicity –> desirability. At CanJam Europe 2017, this kind of thinking was more present than ever before. Long may it continue. 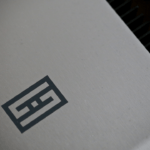 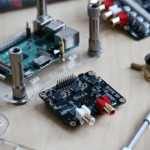