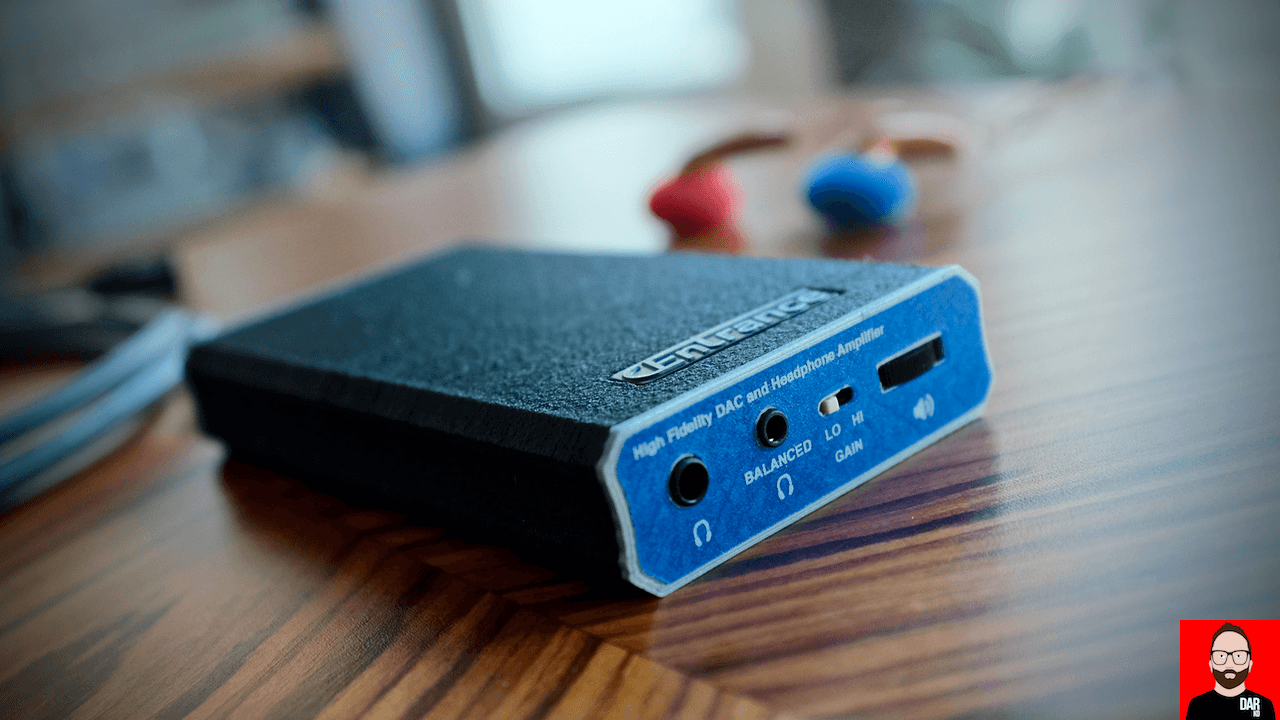 As seen at the Audio Next booth at CanJam Europe in Berlin last weekend, CEntrance’s BlueDAC is a portable USB DAC and Class A headphone amplifier whose microUSB port and AK4490 DAC chip pairing can play catch on PCM streams up to 32bit/384kHz and DSD.

In hand, the unit feels much lighter than many similarly-sized (and priced) rivals. The BlueDAC’s textured biodegradable plastic chassis puts a mere 120g on the scales and a US$399 dent in the wallet. Not bad for first impressions. (The US$599 Chord Mojo weighs in at 180g).

Digging into CEntrance’s website we learn that the BlueDAC is an evolution of the DACPort HD: one that adds 20-hour rechargeable Li-Po battery and Bluetooth input. Go wired or go wireless.

Bluetooth audio has long enjoyed (endured?) a bad reputation among audiophiles, most likely because of its common association with poor-sounding hardware. That Bluetooth speaker you dislike doesn’t suck because of its wireless digital transmission medium but because of its small enclosure, 50cent drivers and $1 amplifier chips. 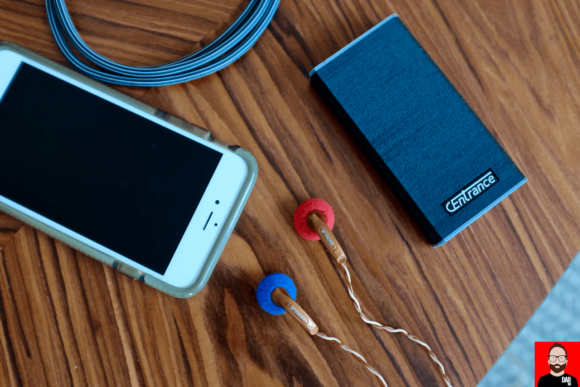 CEntrance’s BlueDAC shows us this needn’t necessarily be the case. Its 3.5mm output hooked up to a pair of Audeze iSine 20 and Bluetooth paired with my iPhone 6S Plus to stream Spotify, the BlueDAC’s supremely airy top-end exposes a good deal of inner detail and spatial information. Most unexpectedly, Ben Salter’s “Back Yourself” communicated plenty of finesse.

And here’s the kicker for iSine users – even via Bluetooth, the BlueDAC’s sound quality bests that of Audeze’s DSP-optimised Cipher cable. The DAC and the amplifier matter!

With the planar-magnetic Audeze earphones, robust SPLs are reached at the very upper limit of the BlueDAC’s low gain mode. More demanding headphones will benefit from switching over to high-gain mode. 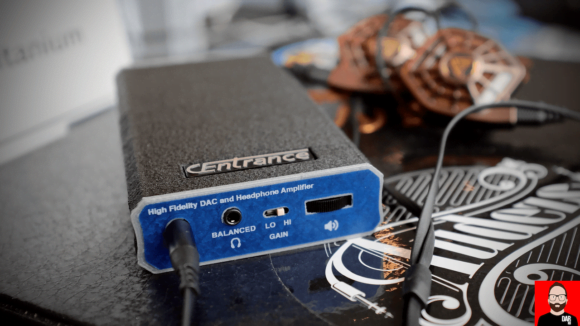 The gain toggle is super-stiff to prevent potentially hearing-damaging in-pocket knocks. Ditto the volume control, which runs independently of the host device’s, even via Bluetooth. I opted to listen with my iPhone’s internal volume at full tilt to hand over SPL control to the CEntrance device.

Impressed, I took the unit home to run balanced via its 2.5mm TRRS socket with a pair of Espresso edition Monk VE Plus. Once again, Bluetooth from iPhone to BlueDAC convincingly outperforms a direct-wired connection (via Monk’s 2.5mm-3.5mm adaptor) that relies on the Apple’s inferior D/A conversion and headphone circuitry.

For purists, a digital direct discovery: Apple’s Lightning to USB adaptor means a hard-wired digital connection between iPhone and BlueDAC is only a microUSB cable away. With unknown Bluetooth compression (AAC or SBC?) removed from the equation, Ben Salter and band sound a little fuller, their audio image marginally better focussed. That’s what I hear when listening at the deadly quiet DARhaus. 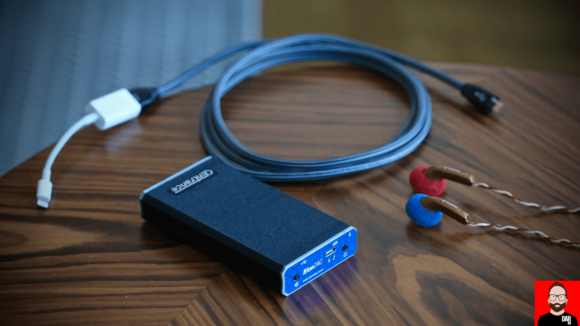 Out in the street, the benefits of a hard-wired connection are first eroded by the background noise of street life and then by the inconvenience of cables. Bluetooth means the BlueDAC can sit permanently in a pocket to leave the paired smartphone physically unrestricted. Calling bullshit on the need to rubber-strap a DAC/amp to a smartphone is long overdue.

When paired with high quality DAC / amplification circuitry like that found in CEntrance’s BlueDAC, a wireless Bluetooth connection, preferably fuelled by the superior sounding AAC or aptX codec, will invariably be the preferred convenience/SQ see-saw sweet spot for many users. 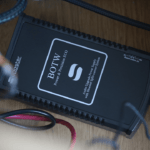 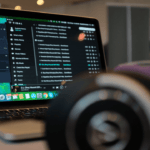