One argument for digitising vinyl is the preservation of old and rare recordings. The Great 78 Project, a collaboration between New York’s ARChive of Contemporary Music and The Internet Archive, recently announced the availability of over 50,000 files, digitised from super-fragile 78rpm discs and cylinder recordings — free downloads all.

Another argument for digitising vinyl is to make your vinyl system portable. Needle-drops of our most cherished records can be listened to in the car, on a plane, at work, on a train.

Our third argument seeks to sidestep the endless theorising that underpins many a Vinyl vs. Digital debate. For the audiophile bragging about the prowess of his turntable, cartridge and phono stage, digitisation gives him the opportunity to share his listening experience with others: to take a record, to run his phono pre-amplifier’s output through an A/D converter and into a PC or Mac, just as I have done on numerous occasions, most recently with the Pro-Ject 6 Perspex.

Crucial to the digitisation process is the A/D converter, many of which sell for quite the price. To call the PS Audio NuWave Phono Converter (US$999) and (especially) the Devialet Expert 200 (€6990) affordable is an uphill struggle. Even the KORG DS-DAC-10R sells for US$599. 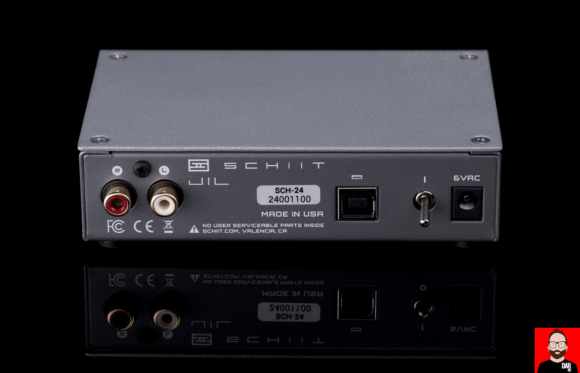 For those on tighter budgets wanting to dodge the lottery of anonymous black boxes found on eBay and Aliexpress comes Schiit’s latest product: the Jil A/D converter – US$199. It’s the Californian company’s fourth product announcement this month.

Sick of this Schiit? I’m not – Schiit offer some of the Scharpest value in the known audio universe and will always enjoy extensive coverage on DAR.

From the press release: Jil’s unique combination of low cost ($199) and high performance are ideal for enthusiasts looking to transfer rare or beloved records and tapes to their digital library.

“Jil is designed for customers looking for higher sonic performance than most inexpensive recording interfaces, but who still don’t want to spend a fortune”, says designer Mike Moffat. 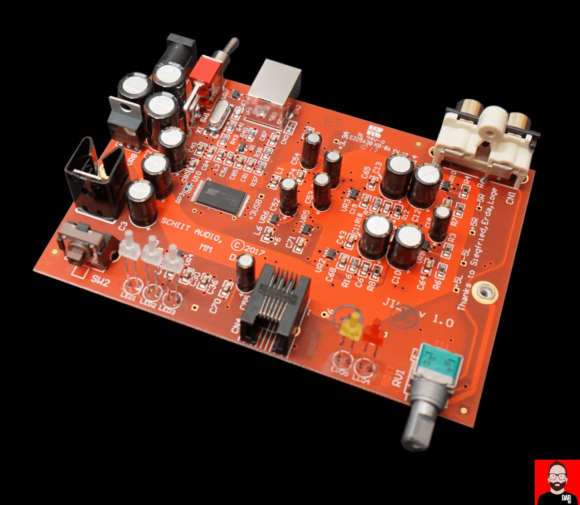 “We’re experimenting,” he added. “We’ve been pleasantly surprised by the success of the Mani phono preamp, so we thought we’d introduce a digital companion. Of course, Jil isn’t just for archiving records—any line-level input will do.”

And if you’ve zero interest in needle-dropping, a Jil could still be useful: next time your vinyl-worshipping buddy starts espousing the virtues of his chosen format, thrust a Jil under his nose and ask him to prove it.