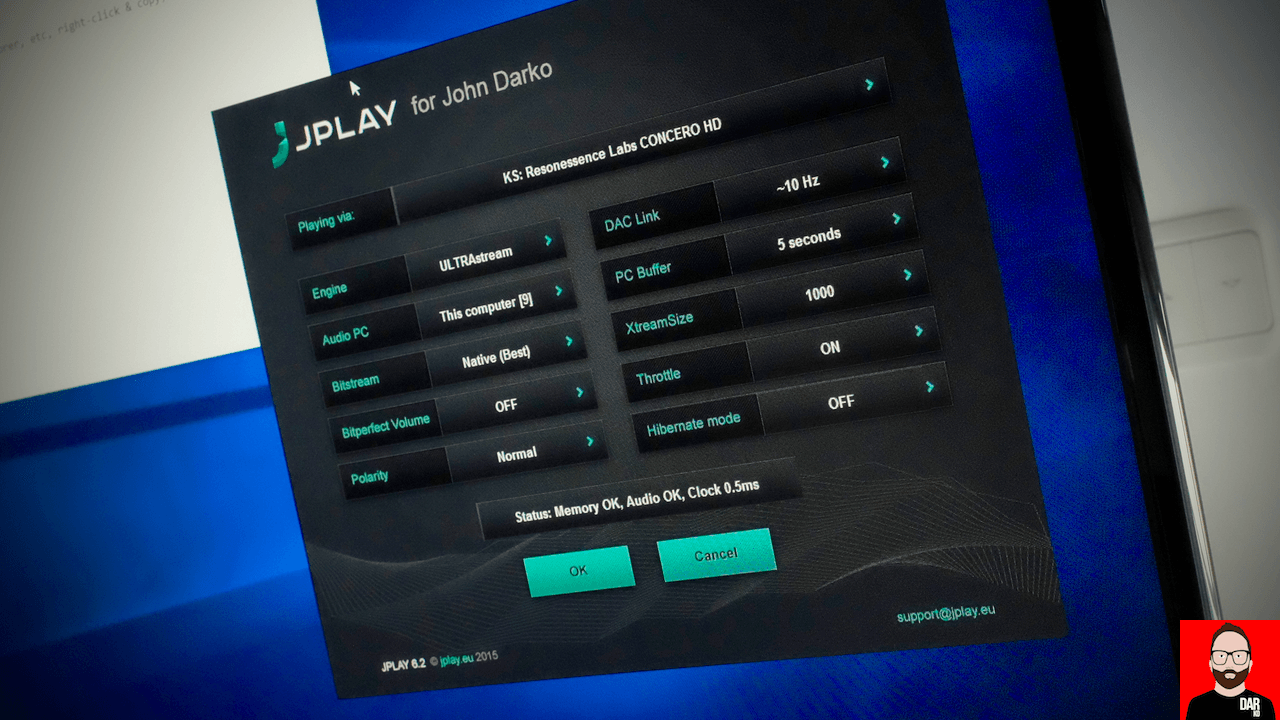 A holiday in the sun. It’s what many of us dream of after months and months of the nine to five. The aim? To rid ourselves of the stress and tension of modern life. We might take a week by the pool in Thailand or two weeks hiking in Switzerland.

However – wherever – we choose to unwind, we to hope to return to our daily lives feeling rested; still ourselves but looser of joint, with less tension in the shoulders, more relaxed. When we feel as good as this, life seems to come more easily.

Digital audio isn’t all that different. Poor sounding rigs sound nervous and tense. There can be a hardness in the treble or a rigidity with micro-dynamics reflexiveness. This can lend The Blue Nile’s “Stay” a little too much stridency or make Prefab Sprout’s “Cars and Girls” sound a tad thin or cause us to soon tire of Merck’s intense IDM mixes.

An AudioQuest DragonFly Black hooked into a basic Mac or PC cannot hope to sound as effortlessly easeful as a high-end streamer pushing ones and zeroes into an Aqua La Scala MKII.

Better setups sound as they have spent time by the pool, sipping cocktails, enjoying the occasional massage and soaking up the sun. With decent hardware, music seems to flow more easily. In other words, music sounds better rested. Vacationed, even. Remember the V-word — we’ll be coming back to it.

Aural satisfaction doesn’t fall entirely to the D/A converter but also to what we feed it – streamer/server – and how – digital cables. I know this because of many years of listening experience – and not just the theory that informs product engineers’ intent to lower jitter and electrical noise.

DACs, streamers, USB cables, S/PDIF cables – even Ethernet cables – they all make a contribution to how smooth/rough, uptight/relaxed, easeful or not is the audible result. String several better sounding digital audio products together, each one adding single digit performance, and they sum to a larger, much better sounding whole.

The audible differences between network streamers and/or servers don’t only fall to their hardware configurations but also the software installed. The very same PC running Windows 10, optimised by Microsoft for the user experience and NOT digital audio sound quality, is unlikely to sound as good as a Linux distribution that has.

Audible differences can be also be heard at the application level. As previously argued on these pages, playback software should be seen as as a component like any other. Catch up on those thoughts here.

For music playback software, choice matters. On an 11” Macbook Air running OS X El Capitan, I like the sound of Roon quite a bit. Thing is, I like Audirvana+ a little bit more. The latter’s overall gestalt sounds a shade more easeful and tonally richer.

On functionality and UX, the scales tip heavily in favour of Roon. Both apps do Tidal and library management but only Roon does network streaming. Only Roon has the extensively hyper-linked meta-data layer (that spans Tidal). Only Roon has the interface that demands to be touched. If only Audivarna+’s well-vacationed audible vibe could be spliced into Roon. Hold that thought.

Alas, Mac OS (formerly OS X) isn’t where the touchscreens live. For hands-on computers (not tablets) that run desktop apps we look to Microsoft. For Roon playback over USB AND a touchscreen interface, I have a Microsoft Surface Pro 3 (i3 1.5Ghz, 4GB RAM, 64GB SDD). It runs Windows 10.

My Intel NUC also runs Windows 10. Adding a touch screen monitor doesn’t require expensive third party drivers. Support for getting hands on – quite literally – is baked into the OS.

With the NUC USB-lassoed to a music library HDD and Vinnie Rossi LIO DAC module to operate as Roon server and endpoint, the Windows machine can’t quite compete with the Audirvana+ v3.0’s summer holiday-d sounds running on the 11″ Macbook Air. That’s as I heard it through KEF LS50 loudspeakers and the Sennheiser HD800S headphones.

How to elevate the sound quality of the NUC?

Enter JPLAY (€99) – playback software that wears a number of hats in the Windows world.

Developer Marcin Ostapowicz explains: “JPLAY is a highly optimized playback engine. It does not install its own USB drivers. JPLAY Driver is the playback engine. It’s [appears to the OS] in the form of a driver, because this way it can be easily integrated with any software player or any app that has support for ASIO output.”

“But JPLAY is not only JPLAY Driver. It is also JPLAYStreamer which is our own implementation of the OpenHome standard and essentially converts a PC into a network renderer/streamer.”

“There is also the minimalistic JPLAYmini which is a standalone player with text GUI and basic features, but it sounds pretty damn good.”

Let’s get started. Installation of JPLAY is like any other Windows app: wizard based.

[Side note: according the the JPLAY website, Dual PC Mode is for serious audiophiles where two PCs connected via LAN sees one PC fully optimised for music playback whilst the other handles playback control – beyond the scope of this review.]

JPLAY settings are accessible from the system tray. On this our man from Poland says, “For output settings in the settings panel I recommend you choose KS (Kernel Streaming), Engine UltraStream and DAC Link at 40Hz, which should sound good and work fine with most of the DACs on the market. PC Buffer at 10s and the rest of the settings at default.”

With JPLAY installed and the LIO DAC set as the output device, I started with JPLAYMini and worked backwards through the other operational modes.

Select one or more files in Windows Explorer (or other music playback app), hit copy (Ctrl-C), pull up the JPLAYmini window and hit the spacebar. Music! The interface might be a no frills affair – only good for those with keyboard and mouse – but the sound…? More easeful in its delivery than Roon. Less rigid in its joints than Foobar.

For smartphone or tablet control we move to JPLAYstreamer and OpenHome. With JPLAYstreamer already running on the NUC as our endpoint, server and control apps must be optioned.

For file serving I went with Minimserver as per JPLAY’s recommendation — and although well detailed on the JPLAY website, installation is a long way from a one-click deal: install Java; install Minimserver and configure it so that FLAC and DSD are converted to .wav ready for playback; install FFMPEG for (optional) ALAC, AAC and MP3 file support.

Whilst Minimserver carries out its initial library scan we point its output at JPLAYstreamer. For playback control, JPLAY recommend Kazoo for iOS, Windows or Mac OS but for Android, BubbleDS Next gets the nod.

Running on my iPhone, Kazoo tells Minimserver which files to pass on to JPLAYstreamer for handoff to the LIO DAC module’s USB input. Here we have a control/playback triangle, just like Roon. One that can be executed across a home network but in my setup both Minimserver and JPLAYstreamer sat on the same device: a NUC and, later, the Surface Pro 3.

JPLAYstreamer’s playback is gapless and Kazoo (on an iPhone 6S Plus) proved responsive enough. One can even browse by folder – nice. However, next to Roon, its UI looks positively archaic: no meta-data layer, no radio, no pulling up long forgotten favourites. Jumping between connected artists is done in one’s head, not the app. Oh – Tidal integration is only available to Android BubbleDS Next users.

But the sound….oh my. Like JPLAYMini before it, easily superior to Roon and Foobar. Once again, JPLAY makes digital audio sound properly vacationed.

Foobar and I have history. It was my music player of choice before decamping to the Apple world for what would turn out to be a ten year stint (before returning to a Microsoft desktop in 2016). You can do crazy things with Foobar thanks to its component-based modularity but I prefer the stock standard install for its simple GUI, super-fast load time and ease of use: right click on a folder full of music files and select “Play with Foobar 2000”. What could be easier than that?

With the ASIO component installed, JPLAY’s superior sounding playback engine can be introduced to Foobar. Select JPLAY from the dropdown Foorbar’s list of output devices. Foobar talks to JPLAY. JPLAY talks to the LIO. Here we note improved sound quality (over stock Foobar) but it’s not quite the equal of JPLAYstreamer or JPLAYmini.

Do you see where we are going next?

JPLAY can spruce up the sound of any Windows app that supports ASIO. (And there’s ASIO Bridge for those that don’t). Think of ASIO as kinda sorta similar to Direct Mode on a Mac: the playback software talks to the hardware directly, completely bypassing the host operating system’s audio layer.

Roon on the NUC and music library HDD directly attached via USB means server and endpoint on a single machine. Here the output device is set as JPLAY; Roon talks to JPLAY. JPLAY talks to the DAC.

With the LIO USB input/driver causing (thus far unresolved) compatibility issues between Roon and JPLAY causing the latter crashing on playback push, readers are advised to make use of the JPLAY’s trial version to verify DAC compatibility before purchase. The trial version does not expire but splices gaps of silence into the audio stream.

So too the Resonessence Labs Concero HD which ultimately interceded as USB-S/PDIF converter between NUC and LIO.

A fresh USB hookup necessitates a fresh set of Windows drivers. Once installed, JPLAY was set to talk to the Concero which in turn sent a S/PDIF signal onto the LIO. This sounded more easeful than having Roon communicating directly with the Concero HD. JPLAY was once again doing something. Something good.

The Blue Nile’s stridency, as heart on “Stay”, is dialled back. With Prefab Sprout’s “Cars and Girls”, stepping out of the shadows comes evidence of a fuller fat tonality. Altogether easier listening for that 70 minute Merck mix.

Note: the JPLAYstreamer/Minimserver maintains a slight edge over Roon/JPLAY when it comes to micro-dynamic avidity. 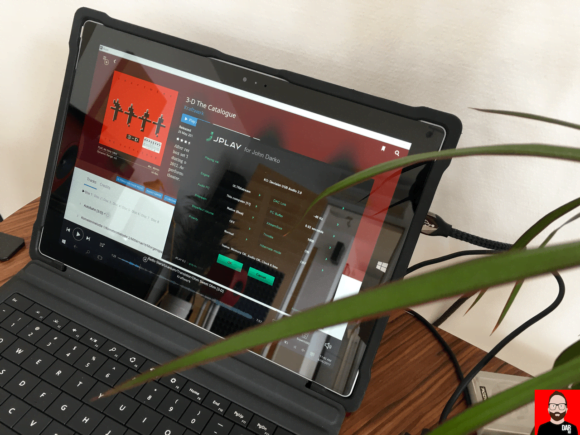 Zooming out — with JPLAY in play, the performance gap between NUC (as Roon Endpoint) and Sonore microRendu is narrowed. So too the gap between an Audirvana Plussed Macbook Air and the same NUC. These findings were confirmed by the Surface Pro 3. That’s interesting, no?

The upshot is that a Windows machine loaded with JPLAY’s nicely vacationed sound doesn’t force us to let go of Roon. Although we can if want to. We can have our cake and we can eat it.

Readers are reminded that this isn’t an exhaustive detailing of all that is possible with JPLAY or similar software. Or a PC. Or a Mac. It’s coverage of a slice in time. One that hopefully encourages you to investigate further. The free trial makes that a matter of handful of clicks for anyone with sufficient curiosity.

For listeners, like me, who see its value, JPLAY is a digital audio upgrade offering more significant impact than your average digital cable. Another single-digit delta to bolster the sum total contribution of one’s digital front end.

Moreover, hearing it in tandem with US$99 AudioQuest DragonFly Black makes the case that JPLAY (or software like it) should come before a DAC upgrade; for Ostapowicz’s code makes Windows machines whole. JPLAY shows us more of what our DACs are capable of. 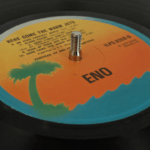 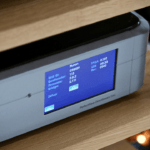