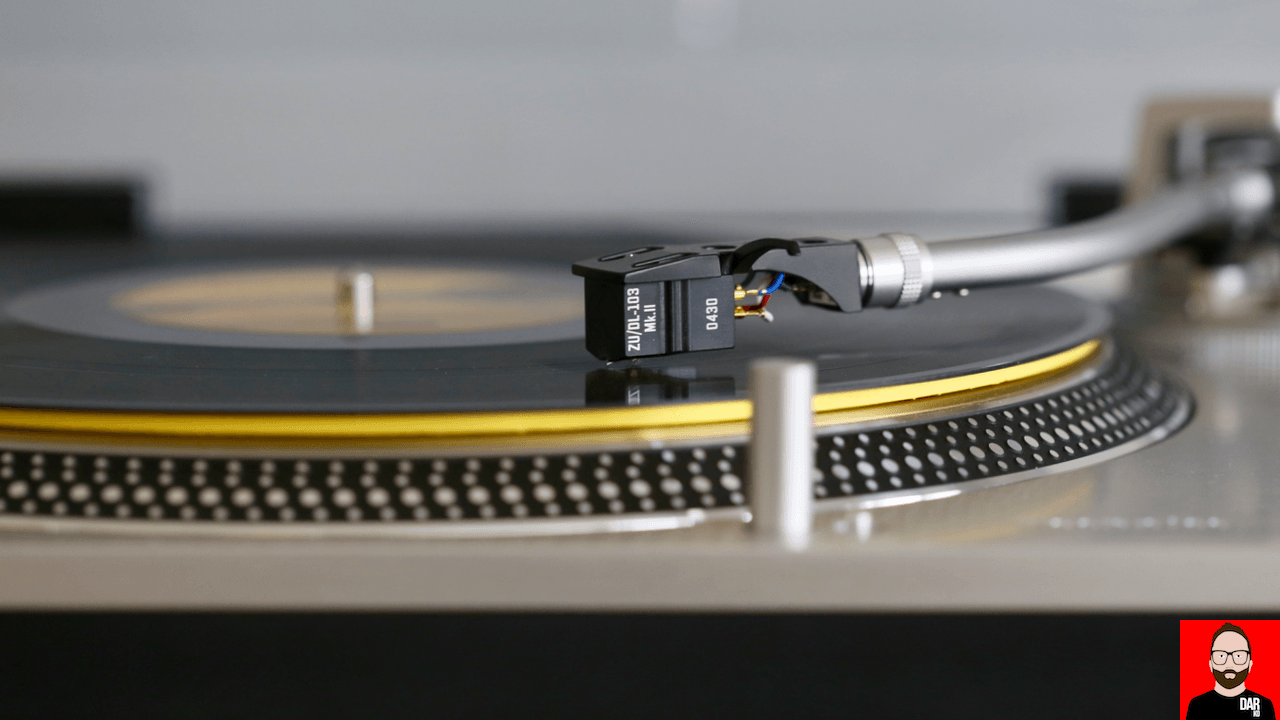 In the future, an increasing number of hi-fi systems will be powered by a single box: streamer, DAC, phono stage, amplifier. We only have to look at the work of Vinnie Rossie, Bel Canto, Moon by SIMAudio, Peachtree Audio, AURALiC, Micromega and, the most visually striking and fully featured of them all, Devialet, to see an increasing number of super-integrateds coming to market; just add loudspeakers.

To my Devialet Expert 200 – yes, I own it – I have hooked in the suitably future-facing KEF LS50 in their limited edition Racing Red attire – I own these too. At the other end of the chain, augmenting the Devialet’s in-built Air streaming input and DAC, sits a Technics SL-1200G turntable (US$4000/€3500) — it too is mine, all mine. 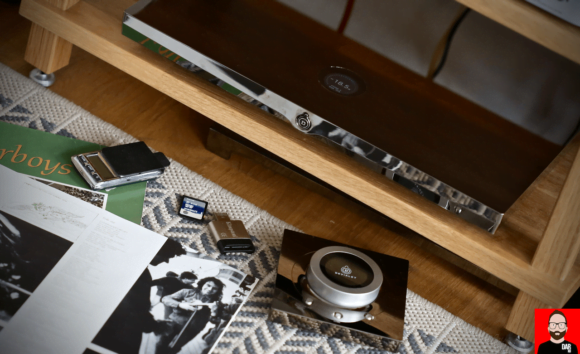 That trailing G tells us this isn’t an original SL-1200 or one of its many subsequent iterations, discontinued by Technics in 2010, but a new version as re-imagined by the Osaka engineering team for 2016. All new quad layer chassis, all new triple-layer platter, all new core-less direct drive motor and all new magnesium tonearm. It might look like the SL-1200 of yore but the 2016 G version is a complete rework, designed to maximise sound quality whilst maintaining the SL-1200’s now iconic look and feel. Consequently, this ‘table is aimed at audiophiles more than it is DJs. Catch up here.

From Devialet’s web-based ‘Le Configurateur’, the Expert 200’s inputs, digital and analogue, can be turned off and on and more granular settings applied. For the Zu-modded DL-103r MKII (mine!) – an MC cartridge – already mounted to the Technics SL-1200G’s tonearm, we select Devialet’s pre-configured settings from a drop-down menu.

The final configuration is downloaded to an SD card and inserted into the rear of the Expert 200 and applied to the internal operating system on startup. The Devialet doesn’t so much power on as boot up. Proof, if ever we needed it, that high-end audio is now as much about software as it is hardware.

As such, all analogue inputs are digitised upon entry: PCM at either 96kHz or 192kHz can be selected from within ‘Le Configurateur’. I went with the 96kHz for reasons that will soon become apparent.

Immediately prior to its loudspeaker output, this digital signal is decoded to analogue with Devialet’s ‘Magic Wire’ (TI PCM1792) DAC. The French company understandably like to make a big noise about the shortness of this signal path: 10cm. Purists who would bristle at an ADC → DAC signal path should consider that what we gain from DSP – in Devialet’s case, SAM loudspeaker correction – is far more substantial than anything lost (if at all) to the digital samples. 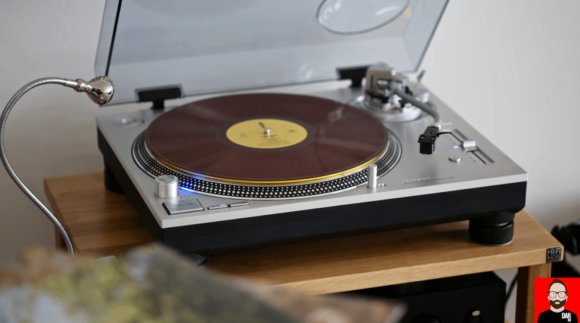 Perhaps one reason why some purists remain so vehemently opposed to the digitising of their precious analogue signal is resistance to change. For compelling examples of how the positives can outweigh any negatives (should sampling theory be insufficient), we need only look to do DEQX’s range of loudspeaker– and room-correcting processors, KEF’s LS50 Wireless loudspeakers, Audeze’s Sine/iSine headphones, Sony’s MDR-1000X headphones and Devialet’s own Phantom loudspeakers.

For this vinyl playback scenario, an analogue signal’s instant digitisation provides us with an additional tool. One lesser-known feature of the Expert 200 is its bi-directional USB port: an input for connecting a streamer – in my case, the Sonore microRendu – is what we’d expect; but that same USB port is also an output for sending the digital signal to a computer for archiving. In other words, we can capture the Devialet unit’s digital encode of a turntable’s output with a computer. And with ease.

For reviewers, analogue’s digitisation becomes one way to share with readers how a vinyl system might sound in their own system.

Note 1: I didn’t say “turntable”. With a cartridge playing a large role in its audible personality, we must be careful with language: vinyl system = turntable + cartridge. Vinyl fanatics might also subdivide the scene further to factor in alternative tonearms but we’re not going there. At least, not today. 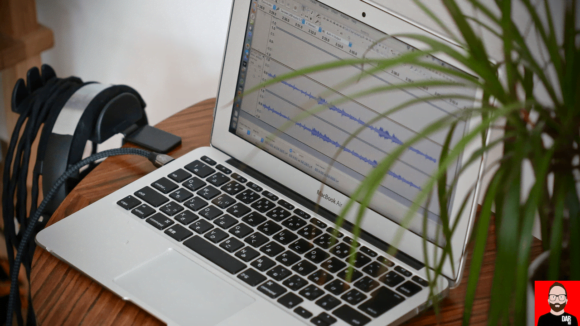 Note 2: playback of a needle-drop requires a DAC and although the deltas are smaller between DACs than between loudspeakers (or rooms!), no two DACs sound alike. I could share a 24bit/96kHz needle-drop for you to compare with its digital equivalent but – would be commenters pay attention – we’re not tackling the digital vs. vinyl debate. At least, not today.

Instead – how about a comparison between a high-end vinyl rig and an entry-level vinyl rig? The Technics / Zu Denon combo heads out the door for ~US$4500. That’s €4000 in Euro-cash.

For an entry-level contender, I called upon a Pioneer retailer for their PLX-500 turntable (€336) that ships with a factory-fitted MM cartridge (of unknown origin), ADC and by-passable phono pre-amplifier. This Pioneer is one of the numerous Chinese ‘Hanpin SL-1200 clones’ arriving in the wake of the original’s 2010 discontinuation. Catch up here and here. 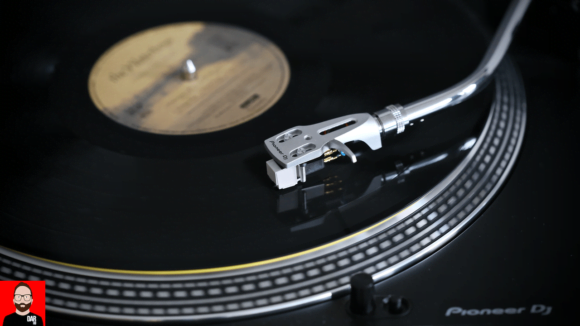 Aesthetically and functionally, the PLX-500 offers much of what made the Technics such a hit with DJs back in the day: direct drive, near instant-stop start, S-bend tonearm, pitch control and robust build quality. However, the Pioneer’s shortfall on mass – 11kg vs the SL-1200G’s 18kg – is one crude indicator of its qualitative shortfall.

Only the most naive of buyers would expect the Pioneer to offer similar levels of engineering to that of the Technics which shows more attention to detailed lavished top to bottom. If affordability sits top of the priority list or an SL-1200-like deck is needed for bedroom bangin’, the Pioneer PLX-500 will suffice.

On sound quality, listened to from an audiophile perspective, it’s (somewhat predictably) an entirely different story. Fresh phono stage settings were applied to Expert 200 via ‘Le Configurateur’, then to SD card and lastly to the Devialet unit itself. The Pioneer’s cartridge remains of unknown origin but the default MM settings are sufficient.

Even when augmented with a yellow Funk Firm Acromat, as was the Technics, the Pioneer sounds comparatively flat, rolled-off in the treble, mushy in the low-end and dynamically cut-off at the knees.

The Pioneer does nothing to counter my (controversial in some quarters) opinion that the vinyl revival isn’t primarily about sound quality. With results like these, from what is likely a better performer than the median average turntable out in the wild, how could it be? Does this therefore suggest that the sound quality heard from vinyl playback at the entry-level is overrated? I think so.

Flipping the comparative dialogue over for a sunny-side up take on events: the Technics + Zu/Denon positively bursts into life with superior clarity, tonality and dynamics. 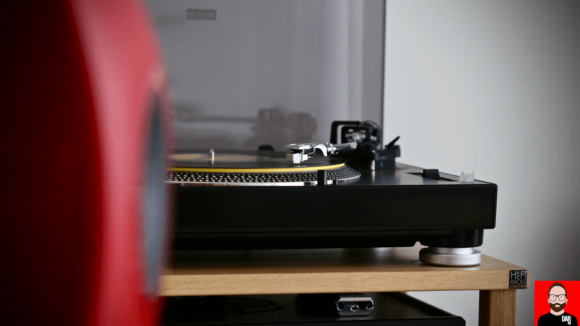 What’s interesting here isn’t that differences between the two setups exists – that much we expect – but that those differences aren’t subtle. They come across as plain as day via the Devialet/KEF system. So too via Sony’s MDR-1000X where Bluetooth carries the signal from laptop to headphone. Wait – how so?

The Expert 200’s USB output and Audacity were used to record snippets of two songs from the same album at 96kHz, first with the Pioneer and then with the Technics. Normalisation was applied to both. The vinyl used is an original UK pressing/master, recently supplanted on streaming services by a Deluxe Edition. If you have the original CD, by all means have at a comparison. Your findings are your own. Remember: this is about a high-end vinyl rig vs an entry-level vinyl rig.

The Technics / Zu combination easily earns its higher price tag. Judged on sound quality alone, I could live with the Technics / Zu setup for the long term. I can’t say the same for the Pioneer. 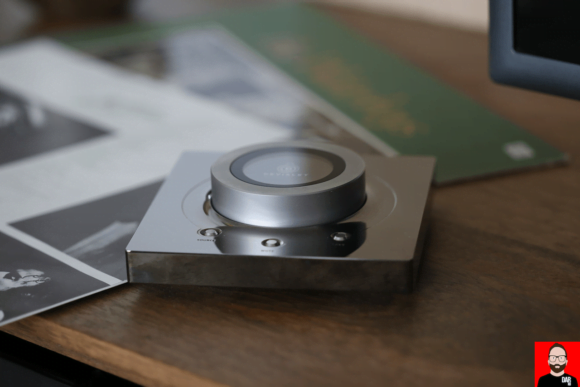 Don’t just take my word for it. Have a listen for yourself. Download the two 24bit/96kHz files and vote for your preference here:

The download link will live for a week. So too will the poll.

One final thought: Upgrading the cartridge on the Pioneer would certainly help its cause. However, one wouldn’t realistically run it with a Zu/Denon DL-103r. It remains instructive to hear how the Pioneer sounds for the average user who will more than likely keep the stock cart in place.

For now, see the above observations (and poll) as a vote on €4000 hardware vs. €400 hardware. A follow-up post in which the Zu/Denon cart (or similar) is added to the Pioneer will spill as time allows. 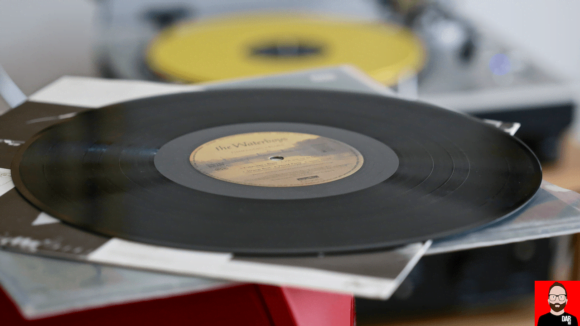 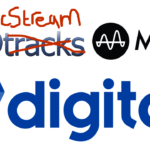 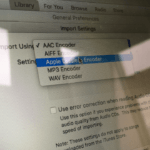