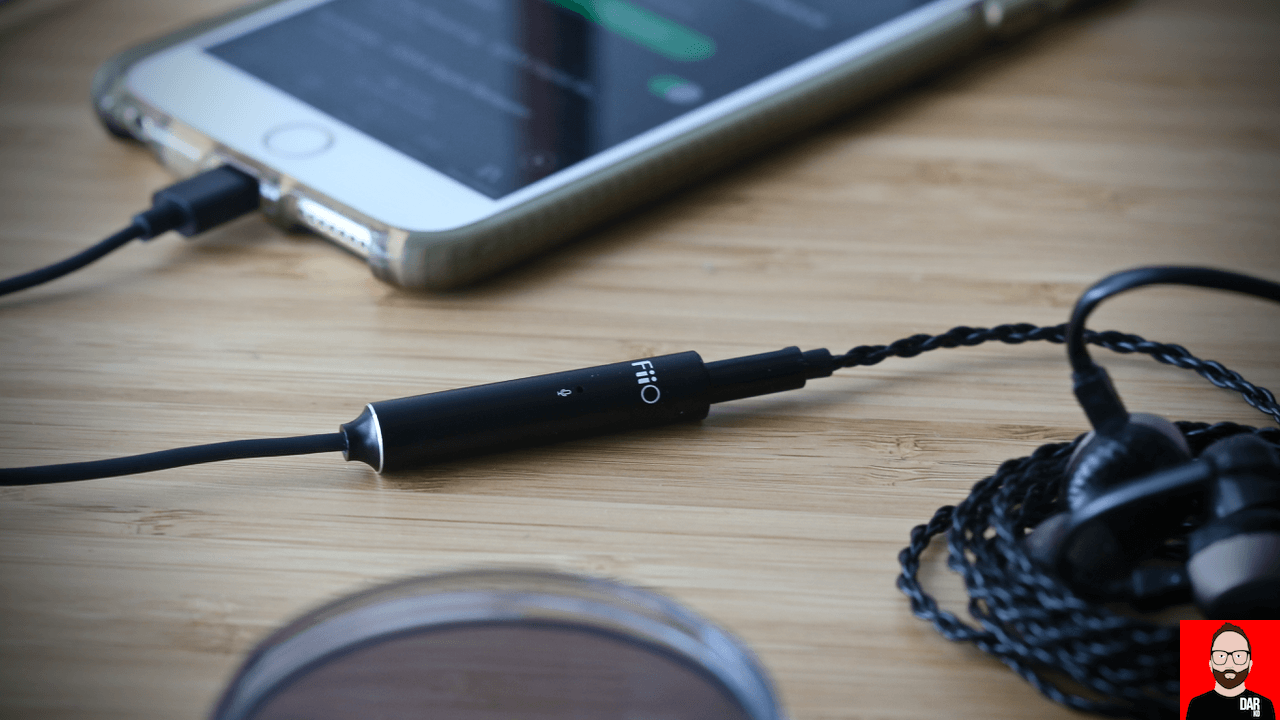 So – you bought a nice pair of headphones/IEMs to make your morning/evening commute more tolerable. Nay, enjoyable. Now what?

You may be told that your smartphone’s audio circuitry is only so-so — likely true — and are advised to ditch its music playback smarts in favour of a dedicated digital audio player (DAP). A DAP’s internals have been tuned to maximise sound quality.

You might even be advised to take things further by adding an outboard amplifier to said DAP because the output power of your typical Astell&Kern or Sony is only good for IEMs and ‘portable friendly’ phones.

A DAP is a second device. An amplifier a third. Good grief. Before you know it, you’ve become an idealist with a multi-box stack that stretches the definition of portable to breaking point.

Besides, not all DAPs give us access to the Google Play Store so that we might enjoy streaming services like Tidal, Pandora, Apple Music and Spotify during our morning commute or on a long-haul flight.

Then there’s the issue of battery life: the majority of DAPs and outboard amps tend to run out of steam after 10 hours. Only the very occasional device offers a run time on par with a smartphone. And even then it’s comes at the expense of output grunt.

And no DAP on the market today offers a UX as smooth running and as refined as that found on your smartphone.

Experience tells us that almost every DAP comes loaded with a compromise. Can we realise better sounding portable audio without ditching the smartphone?

Outboard DAC/amps like the Chord Mojo and iFi Audio micro iDSD Black Label connect directly to a smartphone’s microUSB or Lightning port. They’re terrific sounding devices but they’re also bulky. Ever tried putting such a two-fer into your jeans pocket and then walking without a limp? Impossible.

Also: physically attaching a DAC/amp to a smartphone so that the package can be held with one hand means rubber straps and rubber straps means partial screen obfuscation. How on earth do we take a phone call with a brick attached to the back of our smartphone?

Clearly we need something smaller.

Next stop: AudioQuest DragonFly Black/Red (or similar). They dial down the bulk but, like the Mojo, rely on a interceding USB adaptor, either Apple’s Lightning-to-USB (for the iPhone) or an OTG (for Android devices). Here ‘Droiders play the USB audio lottery: does their device support USB audio or does it not? Audio inconsistency – with USB, with aptX – is why I waved farewell to Android some time ago.

It’s not always sunshine and roses in the Apple world. iOS devices only talk to add-ons via the Lightning-to-USB adapter and with Apple’s tacit permission. As a handful of DragonFly and Mojo users have recently reported, an iOS update can sometimes (but not always) see the iPhone reject its audio attachment.

Perhaps it’s this implied threat that nothing lives forever that has some headphone manufacturers reaching for official certification via Apple’s MFi programme.

From Wikipedia: “Apple Inc.’s MFi Program (“Made for iPhone/iPod/iPad”) is a licensing program for developers of hardware and software peripherals that work with Apple’s iPod, iPad and iPhone. The name is a shortened version of the original long-form Made for iPod. The program covers various device connectors including the headphone jack, original dock connector and the newer Lightning connector, as well as AirPlay support. Companies joining the MFi program and passing certification tests are able to display certain MFi-related logos on their product packaging, like the “Made for iPod” badge.” 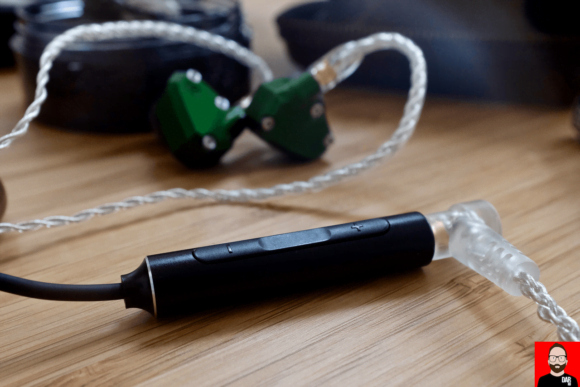 These two headphone manufacturers were singled out by yours truly in a recent “Munich Cherry-Picking” piece for 6moons as having the potential to eat into the corners of the entry-level DAP market.

The Lightning cable proposition is this: the DAC and headphone amplifier found inside your iPhone/iPad don’t sound so good. Extracting digital audio via the Lightning port for decoding and amplification via a third party’s inline dongle will sound better.

The catch? 1more and Audeze’s MFi cables are specific to their IEMs. (Audeze even exploit DSP, also housed inside the dongle, for additional voicing).

How about a universal solution?

FiiO’s i1 (€49) is an MFi headphone cable with in-line DAC and headphone amplification prepped to power any headphone up to 32 Ohm nominal impedance into which it drives a maximum of 15mW. Into 16 Ohms we net the potential for twice that. Hardly a jaw breaker. But FiiO’s proposition isn’t one of more power but better sound quality.

IEM owners take positive note: the i1’s output impedance is specified by FiiO as below a single Ohm.

At one end of the i1’s 80cm cable sits a Lightning plug for direct connection to any iOS device. A 3-way switch presents for volume up/down and basic playback control.

At the other, a 4.5mm diametered, 9cm tall cylinder with 3.5mm headphone socket that houses a NAU88L25 chip from Nuvoton Technology. It is this chip that executes iOS device handshaking, MFi authentication, digital audio extraction, D/A conversion and headphone drive. 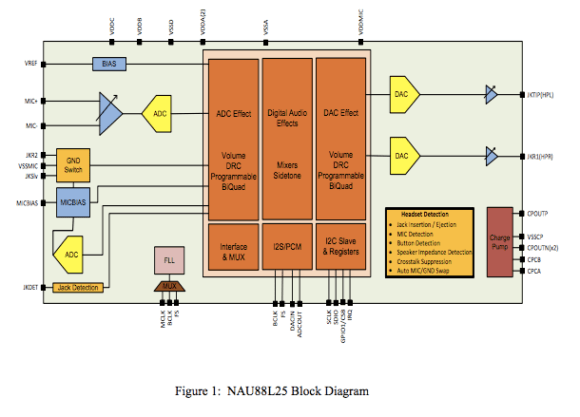 Plugging the i1 into an iPhone 6S Plus for the first time brings forth a pop-up that suggests we install the FiiOController app. It’s optional but we don’t get firmware updates without it. At time of writing, sample rate capability tops out at 48kHz but FiiO state on the packaging that this could rise with future updates.

Furthermore, having access to Tidal Hifi (and other streaming services) from a portable rig are more important to me than hi-res support. Why? I’m a Music-First Audiophile — streaming services allow me to draw from a huge catalogue. Offlining albums from Tidal calls only for an Internet connection. No trip home to play drag and drop with SD cards is required.

I spent a week comparing the i1’s sound to that of the iPhone 6S Plus. IEMs deployed were the Campfire Audio Andromeda and the Noble Audio Katana.

The FiiO brings greater dynamic immediacy to Orbital’s Blue Album, superior layer separation to Brian Eno’s Before And After Science and shines more light into the darkest corners of FSOL’s impossibly intricate My Kingdom. 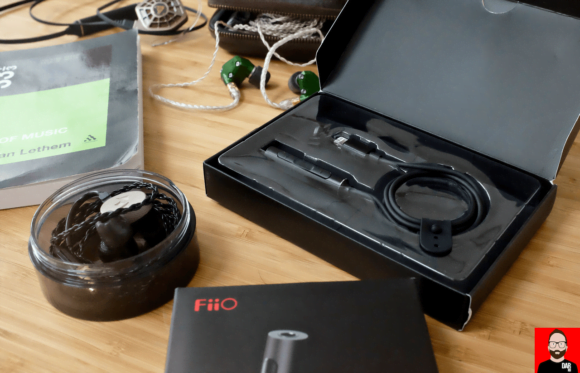 One might point to the AudioQuest DragonFly Black (US$99) as similarly capable.

After all, the AudioQuest DragonFly can also be used with any PC/Mac and we can’t hook the i1 into a USB port. It’s a device specific product – any iPhone, iPad or iPod – but also MFi certified. The FiiO doesn’t therefore require the AudioQuest unit’s interceding dongle.

The i1 can also be used for phone calls. Its inline cylinder features an internal microphone whose input is encoded to digital by the Nuvoton chip upon arrival. FiiO include a shirt clip for those who prefer to keep the i1 riding high on a breast pocket.

What about sound? Comparing the Fiio i1 directly to the AudioQuest DragonFly Black, I noted the following:

1) The Fiio’s output power is the lower of the two. Robust SPLs from the Noble Audio Katana are realised at around 50% on the FiiO but only two or three clicks up from zero (15%) on the DragonFly Black.

2) The FiiO delivers the least weighty low-end (bass) of the two. This is particularly noticeable on the laser-guided downbeat techno of DJ Hell’s Car Car Car via the full-size Final Audio Sonorous III…

3) …and via the circumaural Finals the FiiO lets us know of its broadly more skeletal presentation.

4) The AudioQuest piece sounds fleshier and a few degrees warmer. This makes it more forgiving of Spotify’s lossy encoding, especially with less richer-sounding recordings like The House Of Love’s debut on Creation. 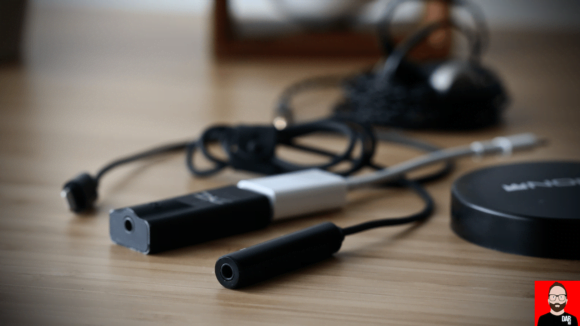 Want the better sound quality? Go with the DragonFly Black. Want a more readily stashable device that’s MFi-certified, requires no adaptor, can be used to make phone calls, carries inline controls and – most importantly – sounds noticeably better than the iPhone? Go with the FiiO.

This conclusion will come as no surprise to FiiO devotees. The Chinese company has cut a formidable reputation from its always evolving range of high value DAPs and smartphone DAC/amp appendages.

What makes the FiiO i1 more remarkable is that it represents an even more affordable first step on the road to better sound on the go. One that arrives with almost zero compromise. It’s not the best sounding portable audio out there but it’s a long way from being the most physically intrusive. Sound quality isn’t all that motivates the audio-curious consumer.

A small minority will still prefer a DAP – especially those hooked on hi-res audio – but the majority of consumers don’t wish to defer to a second (or third device) to realise the goal of better-sounding portable audio. Pono taught us that.

The Pono Player gave us downright superb sound quality (thanks to Ayre Acoustic’s Charley Hansen) and even had the celebrity backing of Neil Young to give it a mainstream push. And yet it still failed. A second device, shaped like a Toblerone, was too much of a compromise for the mass market. With pocket/bag space at a premium we must reconcile form as well function.

Just as the two-channel (loudspeaker system) pragmatist seeks to maximise the enjoyment of music s/he already owns, the future of pragmatic portable audio lies with the devices we already own. That means the smartphone with its longer-lasting battery and superior UX. With the i1, FiiO point iPhone users in the right direction.

One final thought: By its very nature, a review is only one very narrow slice in time. No one reviewer on the planet has access to all gear ever made, all the time. And even if s/he did, time constraints would mean that only a fraction of it could be compared side by side. The above represents all testing conducted by yours truly. This is therefore all that I have to say about the FiiO i1. The comments section is reserved for those who have also tried the i1 – or similar MFi/Lightning in-line DAC/amp – and wish to share their findings. 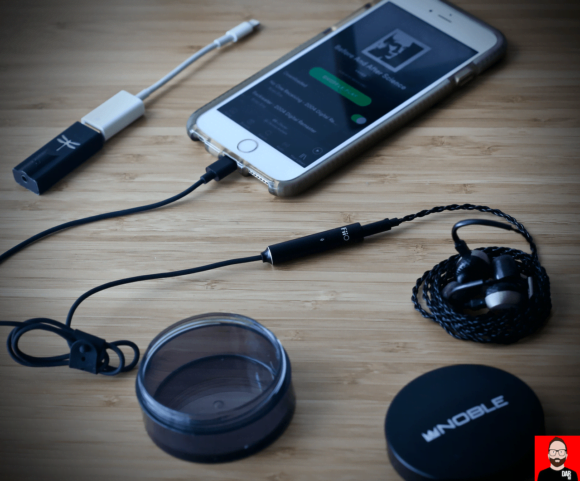 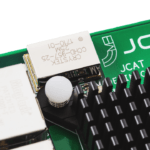 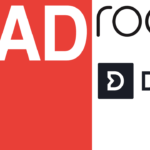