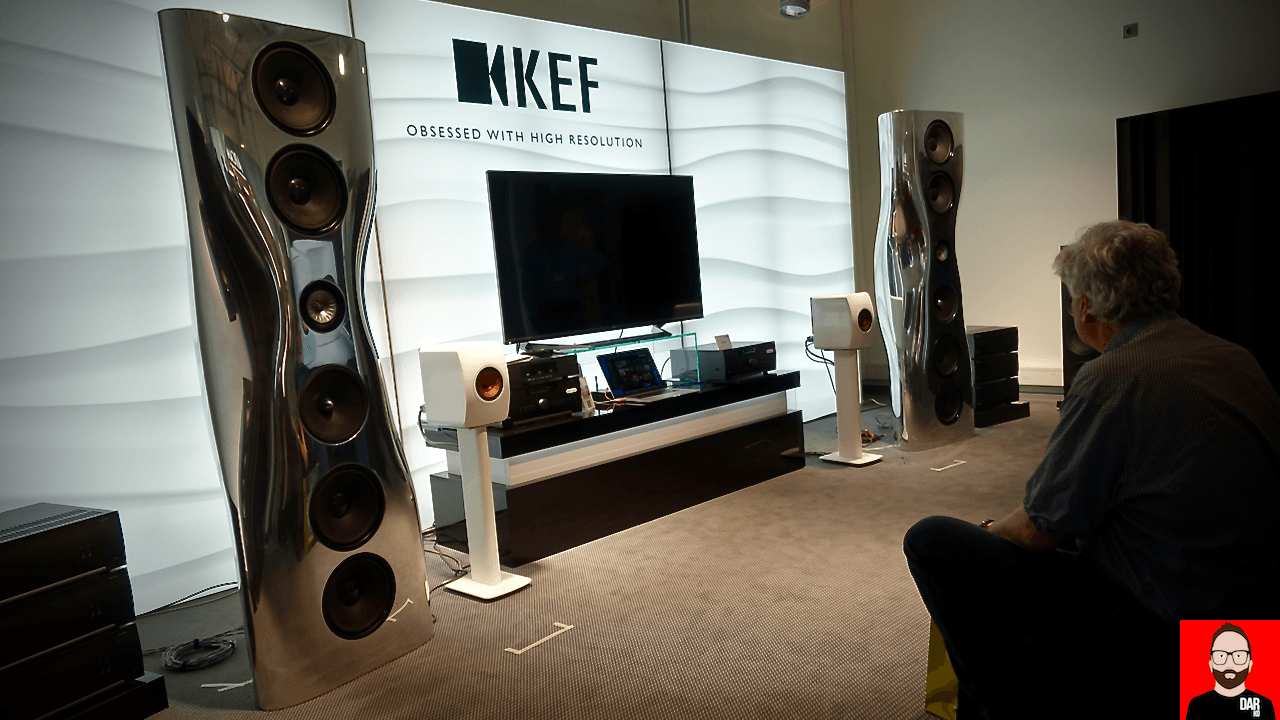 Little and large. The shiny Muon reach for the stars in performance, physical stature and price: £140,000/pair. Being passive loudspeakers, their amplification is external. At Munich High-End 2017, that came from Arcam:

For one thirty-fifth of the Muon’s asking, we get the KEF’s active mini monitor LS50 Wireless (seen here in white, £2000/pair). The amplification is KEF’s own and internal, housed inside each loudspeaker cabinet and optimised at the driver level with DSP.

Also part of this active loudspeaker deal is internalised, wireless digital audio streaming. Thus far, that has meant Bluetooth and/or DLNA via KEF’s in-house developed iOS/Android app. However, the LS50 Wireless’ digital internals and supporting smartphone app are each field upgradeable and at no additional cost to the end user. In other words, new features can be added for free.

In two weeks, give or take, an app update will add full Tidal support. In two months, a firmware update will roll out via supporting desktop app (Windows/MacOS) to add Spotify Connect to the loudspeakers themselves. 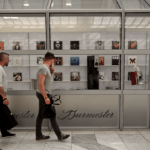 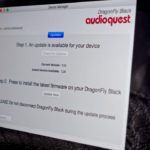