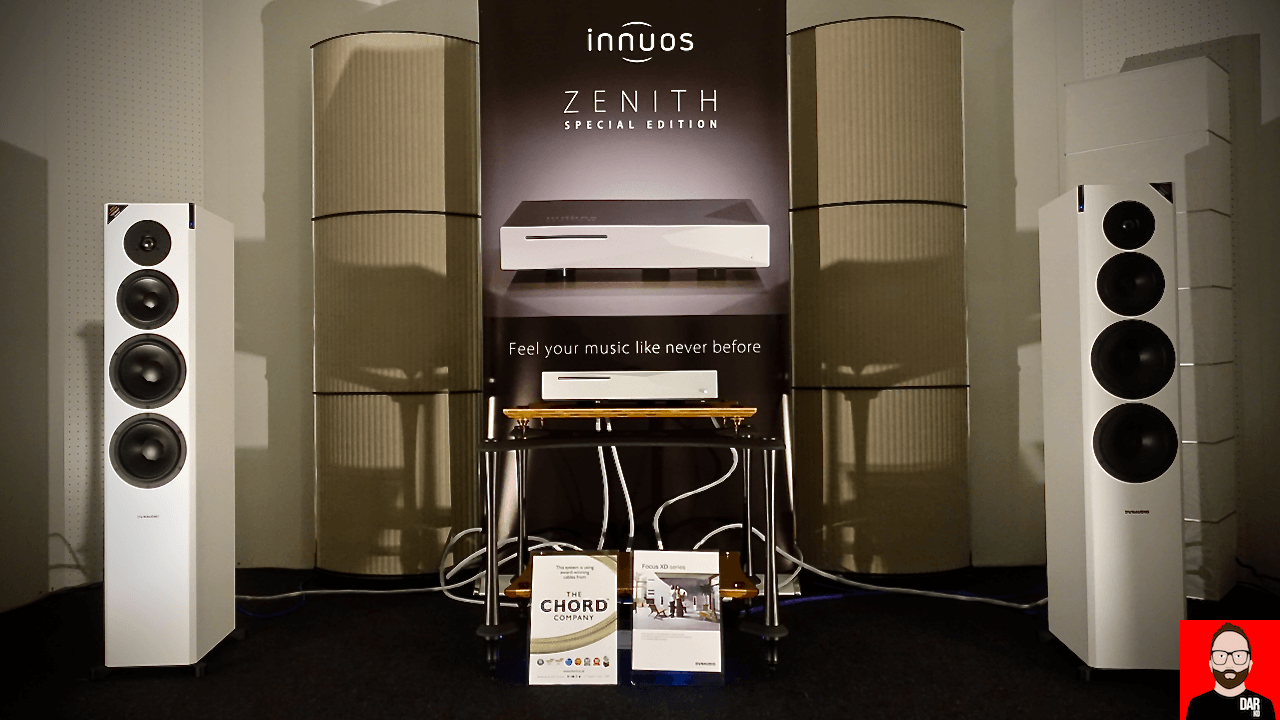 In the future, many hifi systems will be three-box affairs: a pair of active loudspeakers fed digitally by a network server/streamer; no rack; no kabelsalat; no mess; no fuss. Portugal’s Innuos are ahead of the Future-Fi curve when it comes to demonstrating their range of music servers/streamers at audio shows.

At Hamburg’s Norddeutsche Hifi-Tage in February, Innuos had their (then) top flight Zenith music server/player feed a pair of KEF LS50 Wireless. At Munich High-End 2017, in a blink-and-you’d-miss-it prefab listening room, the all-new Zenith SE server/streamer ($5000ish TBC) supplied a pair of Dynaudio Focus 60XD with ones and zeroes. Check out at that Quadraspire rack – its bottom shelf is empty! 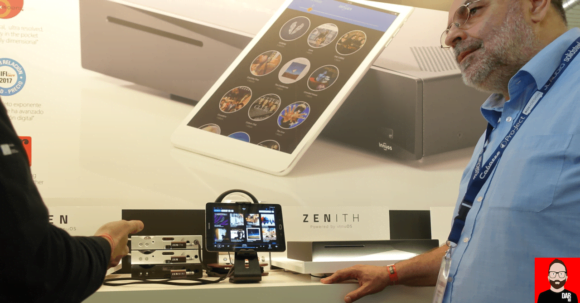 As per all of their music servers, the Zenith SE runs the company’s in-house-coded Linux-based innuOS operating system, soon to be certified as Roon Core capable and Roon Ready.

How did the Zenith SE sound? No idea. It’s impossible to listen past an unfamiliar room. Also impossible: to listen past unfamiliar loudspeakers, their internal amplification, DSP and D/A conversion. Without a direct A/B with Innuos’ other models, we are none the wiser…

…which is why Innuos’ other demo area was so smartly setup. Headphones were deployed to remove the room and allow attendees to conduct their own A/B/C tests: three different server models synchronised to the same song and their respective digital outputs each routed to a Chord Hugo TT. Just move the Audeze’s connector plug 6.4mm up and down the three TTs to hear the differences between Zen Mini MKII (£699+), Zen MKII (£1499+) and Zenith MKII (£2299+) servers.

That was my intention. The Netherlands’ Hans Beekhuyzen arrived just as I was wrapping up filming and we got chatting. Beekhuyzen (blue shirt, beard, glasses) creates superb video reviews and is recommended for DAR readers who find my own digital audio coverage too technical.

With my Innuos listening knocked off course by the Flying Dutchman, the company intend to send a Zenith SE my way as soon as it goes into production next month. A familiar room, familiar electronics and familiar music await its arrival. 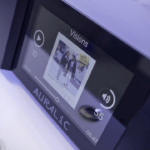 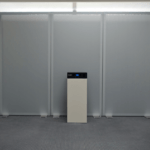