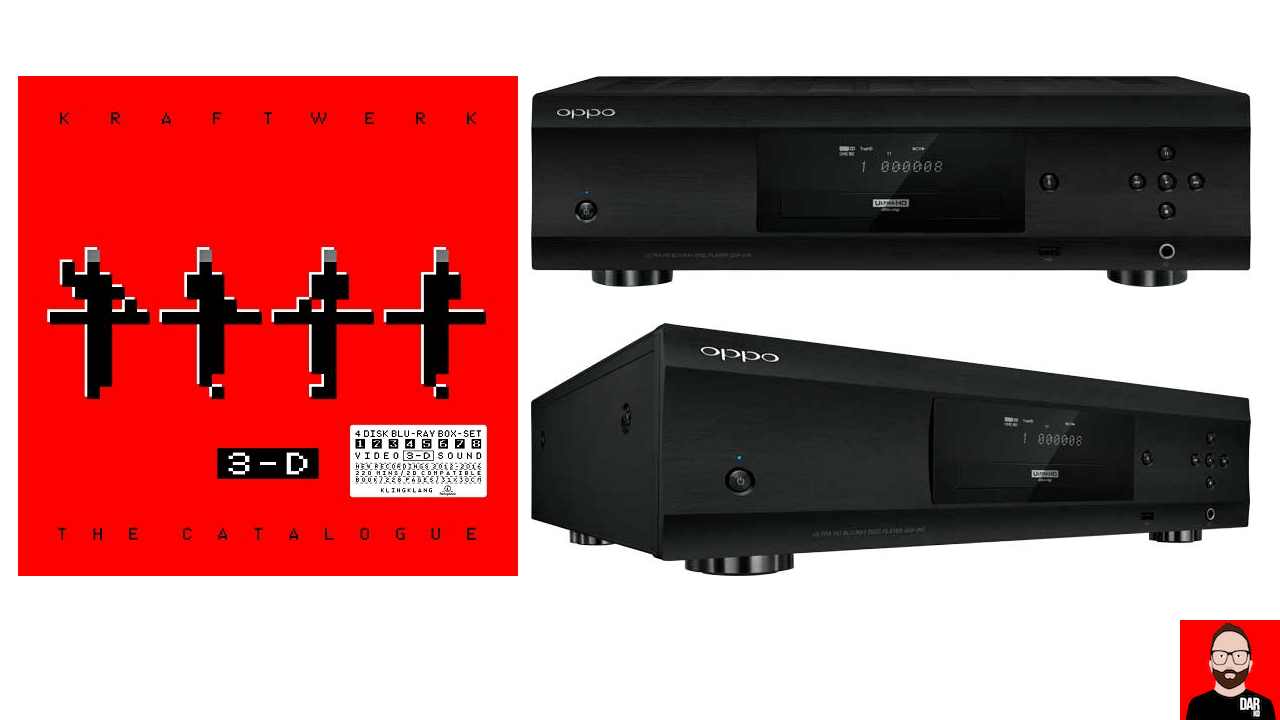 12345678. Eight full-album live performances recorded between 2012 and 2016 during Kraftwerk’s world tour of venues less ordinary will be released on May 26th by Parlophone in both expansive box set and abridged versions.

3-D The Catalogue will land in a wide variety of formats including vinyl, CD and download. Most exhaustive / feature-packed of the bunch will be a 436-minute, 12″-boxed, 4-disc Blu-Ray set – two discs of live album performances and two discs of the films and animations used by the band as back projections during the shows. All video will be in 3D (and will be 2D compatible). The audio layer of each disc will feature 5.1 surround, stereo and ‘Headphone Surround 3D’ (binaural?) mixes.

And such a meticulously compiled Blu-ray set demands decent playback hardware. Your US$99 Walmart-bought disc spinner probably isn’t going to cut it.

Our Kraftwerk playback wishlist might include Blu-ray 3D support, decent surround sound and stereo reproduction and headphone connectivity. A lot to ask from a single device box? Perhaps not.

When purse strings are tight, we might consider OPPO Digital’s UDP-203 (US$549). As covered previously, it’s way more than just a disc spinner. U = universal.

…but soups up its audio performance via the deployment of a pair of ESS Labs’ flagship DAC chips, the 9038Pro, a more precise HDMI digital audio clock and, according to OPPO Digital, a beefier, better headphone amplifier when compared to the outgoing BDP-105/D models.

Shown the door on the new version is the device’s app layer that kept Tidal, Netflix and Pandora (among others) on the machine itself. Why? It’s possible that OPPO Digital felt they were fighting a losing battle in keeping on top of API updates and regional (app) variations.

Readers are reminded that D/A converter design is far more than just choosing a chip. We must also consider the design of the power supply and output stage.

Says the press release: “The UDP-205’s audio circuitry is powered by a massive toroidal power supply, which provides a very clean and robust power source to the audio components.”

However, much like the UDP-203 before it, the UDP-205 can also be run as a standalone D/A converter. Inputs include asynchronous USB (that takes care of PCM up to 768kHz and DSD 512), coaxial and the more mainstream/ubiquitous TOSLINK that a) keeps games consoles and legacy streaming devices in the picture and, perhaps more importantly, b) allows us to spruce up the sound quality of our existing TV.

More information spills from OPPO Digital’s press release thusly: “The brushed aluminum front panel and metal chassis continue the tradition of excellent workmanship found in previous generations of OPPO universal players. Four heavy-gauge machined feet provide a stable foundation for the UDP-205, and isolate it from outside vibration. A new double-layered chassis further enhances the rigidness and vibration-canceling capabilities. The internal layout and chassis design promote healthy air flow so critical components can be naturally cooled. Strategically placed heatsinks and ventilation grilles allow the UDP-205 run both cool and quiet without the need for internal or external fans.” 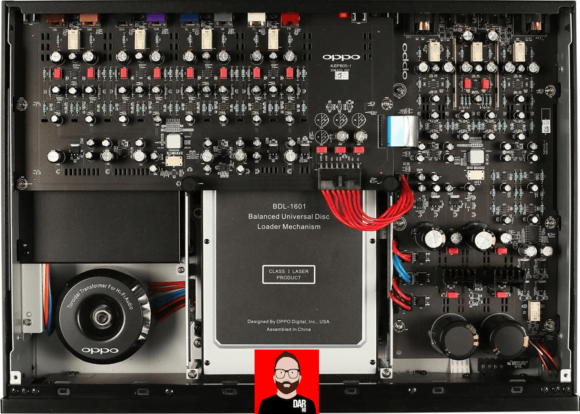 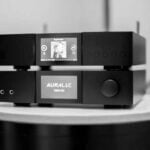 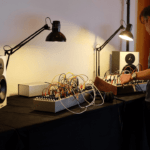