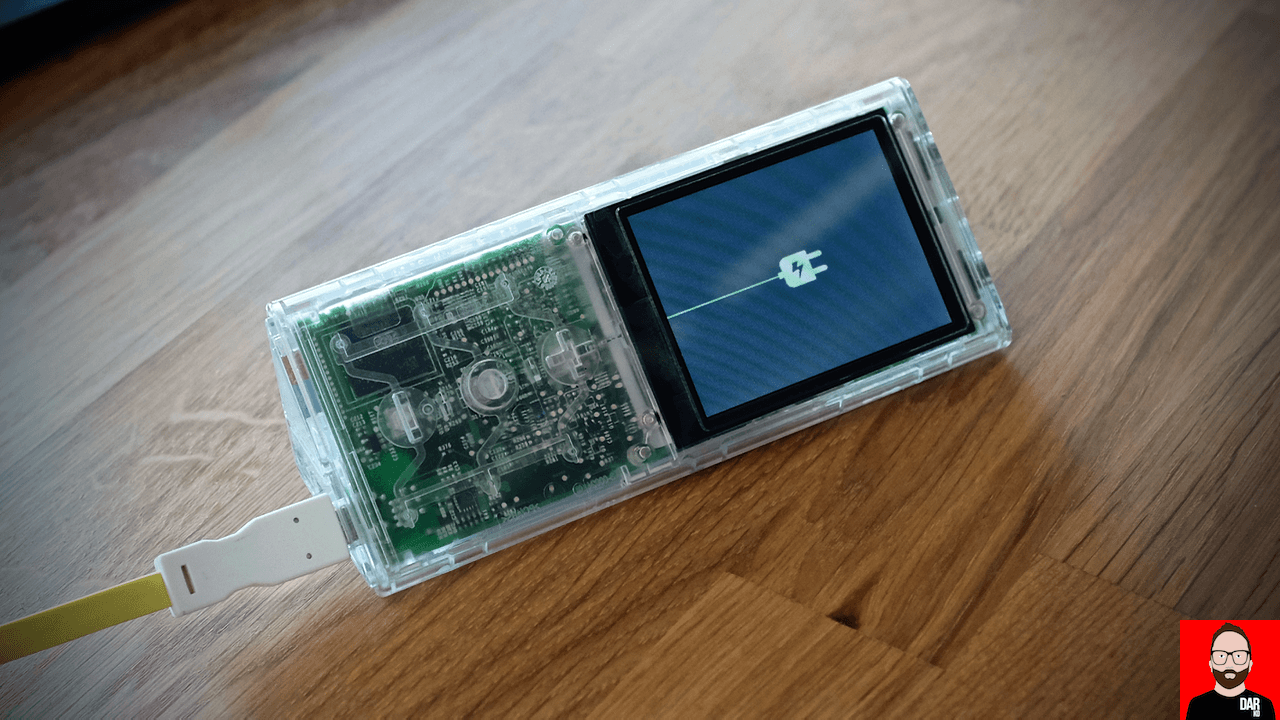 Pono’s success, as minor as it was, was its hardware player. That yellow Toblerone was designed by Colorado’s Ayre Acoustics. Engineer in chief Charlie Hansen is a stickler for balanced circuitry, zero feedback and no op-amps, all of which culminated in a DAP that sounded more elegant and beautiful than its rivals, even the bigger dollar Astell&Kerns and Sonys. With Neil Young behind it, the Pono Player’s Kickstarter campaign raised over US$6m before it appeared in more traditional retail outlets.

Pono’s naivety was a three-ply wipe: 1) That the man in the street would drop US$399 on – and carry around – a second device that played only music and whose form factor was the source of more than a little bemusement; 2) That the man in the street would then pony up for hi-res version of albums at US$20+-a-pop that a) he likely already owned on CD which he could rip and listen to via the Pono Player and b) to which he also had access via smartphone or laptop via Spotify or Apple Music (or similar); 3) That the man in street had headphones or other hifi gear that would resolve the differences between hi-res and CD-quality audio (or lossy streams).

Young wrote: “We began work with another company to build the same download store. But the more we worked on it, the more we realized how difficult it would be to recreate what we had and how costly it was to run it: to deliver the Pono promise, meaning you’d never have to buy the same album again if was released at a higher quality; the ability to access just high res music, and not the same performances at lower quality, and the ability to do special sales. Each of these features was expensive to implement.”

No biggie. The closure of Pono Music doesn’t instantly render the Pono Player useless. It plays lossy, lossless and hi-res audio as wonderfully as it always did. Users must simply source their hi-res downloads from another vendor. HDTracks, HighResAudio.com and Qobuz are three.

Young continues: “I had to put up with lots of criticism for the high cost of music delivered in the way all music should be provided, at full resolution and not hollowed out. I had no control over the pricing, but I was the one that felt the criticism, because I was the face of it. And I pretty much agreed with the criticism. Music should not be priced this way”.

Set by the record labels and not the vendors, US$20+ per hi-res album download is on par with its vinyl equivalent which, ironically, is often pressed from that same hi-res master.

The flies in the download store owner’s ointment are streaming services. The likes of Spotify and Apple Music have irrevocably lowered the price of music access (not ownership) to bargain basement levels. And for those who care about sound quality as much as Neil Young does, US$20 also buys us a month’s worth of Tidal Hifi, Qobuz or Deezer Elite. One album to own in 24bit/192kHz for life or access to millions of CD-quality streams for a month?

Neil Young is now ditching the former business model in favour of the latter. His hi-res audio-for-all-vision will soon be exhumed as Xstream – an adaptive streaming service that developed in collaboration with Singapore’s OraStream.

According to Young, Xstream will be “an adaptive streaming service that changes with available bandwidth. It is absolutely amazing because it is capable of complete high resolution playback. Unlike all other streaming services that are limited to playing at a single low or moderate resolution, Xstream plays at the highest quality your network condition allows at that moment and adapts as the network conditions change.”

One price irrespective of the quality is Young’s new message – a complete one-eighty on Pono Music’s premium pricing.

They key word here is adaptive. Just as Netflix adapts its video quality accordance to available bandwidth, Xstream promises the same for audio. Hi-res for fat pipes, lossy for skinny ones and (presumably) lossless for the Goldilocks average.

Tidal Hifi users can stream 99% of the company’s library in lossless CD-quality (or lossy should they so choose) and selected titles as hi-res using MQA’s audio origami. The user has control. With Xstream, that control is handed off to OraStream’s servers. Michael Lavorgna has the gory technical details covered over at AudioStream.

How this will work with an iPhone and its internal DAC’s 16bit/48kHz ceiling is anyone’s guess. Maybe Apple is happy to hand off hi-res D/A converter design to third party manufacturers of Lightning cables with in-line DACs and amps via its MFI programme. Hello Audeze. Hello Sennheiser.

Hearing ‘adaptive’ in the context of music streaming reminded me of a conversation with MQA’s Spencer Chrislu at CES 2016. Time has eroded the specifics but Chrislu outlined how MQA could also be deployed such that a lossy stream might also spill from a single hi-res source file. 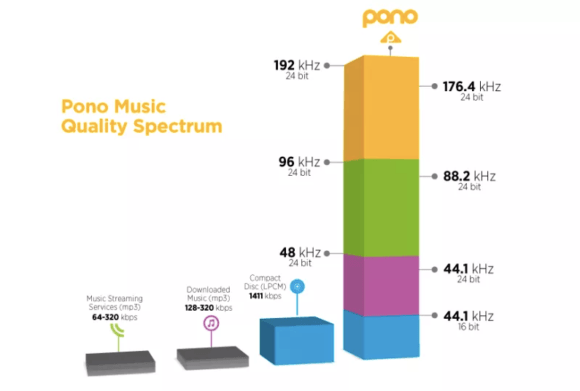 “I’ve been meeting with and speaking with the labels, potential partners such as the carriers, and other potential investors”, continues Young’s statement.

Were MQA working on – or with – Xstream? After all, Meridian and Pono have history together. “No comment” came the official (predictable?) reply from MQA HQ.

Back to Young: “For many it’s a difficult sell. There are already streaming services, some doing well and others not. While there’s nothing as good as Xstream, or as flexible and adaptive, it’s still proven a difficult sell for companies to invest in.”

One has to wonder if Xstream has the commercial viability to do battle in the already highly competitive music streaming space. Spotify’s ongoing annual losses tell us that it’s hardly a money tree and we know that hi-res audio is mostly wasted on the average dude’s hardware choices: low quality earbuds and Bluetooth monoboxes. Highly unlikely too that a pair of Sonos Play:1 or even Sony’s superb Bluetooth-fuelled MDR-1000X headphones would expose hi-res audio, or even CD quality, as sonically superior to Spotify’s Extreme 320kbps setting.

That said, hats off to Neil Young for realising, at last, that for a (theoretically) higher quality listening experience to reach the man in the street, it must land without the physical inconvenience of a second playback device and without the financial irritation of premium pricing.

What Hifi is reporting that Xstream is being designed for the Pono Player. Exactly how this applies to the existing model – one with no wifi connectivity – remains unclear. Also yet to be announced by Young and/or OraStream are Xstream’s launch date and subscription pricing.

That name though – Xstream – it could only come from a Dad rocker and may ultimately prove only be of interest to other Dad rockers. Time will tell. But in the wake of Pono’s demise, once bitten, twice shy. 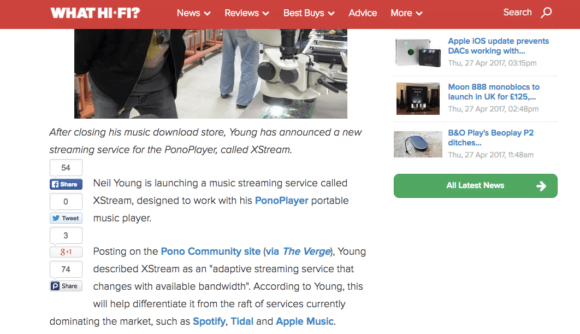 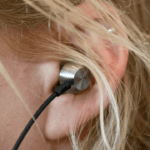 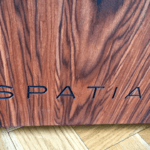