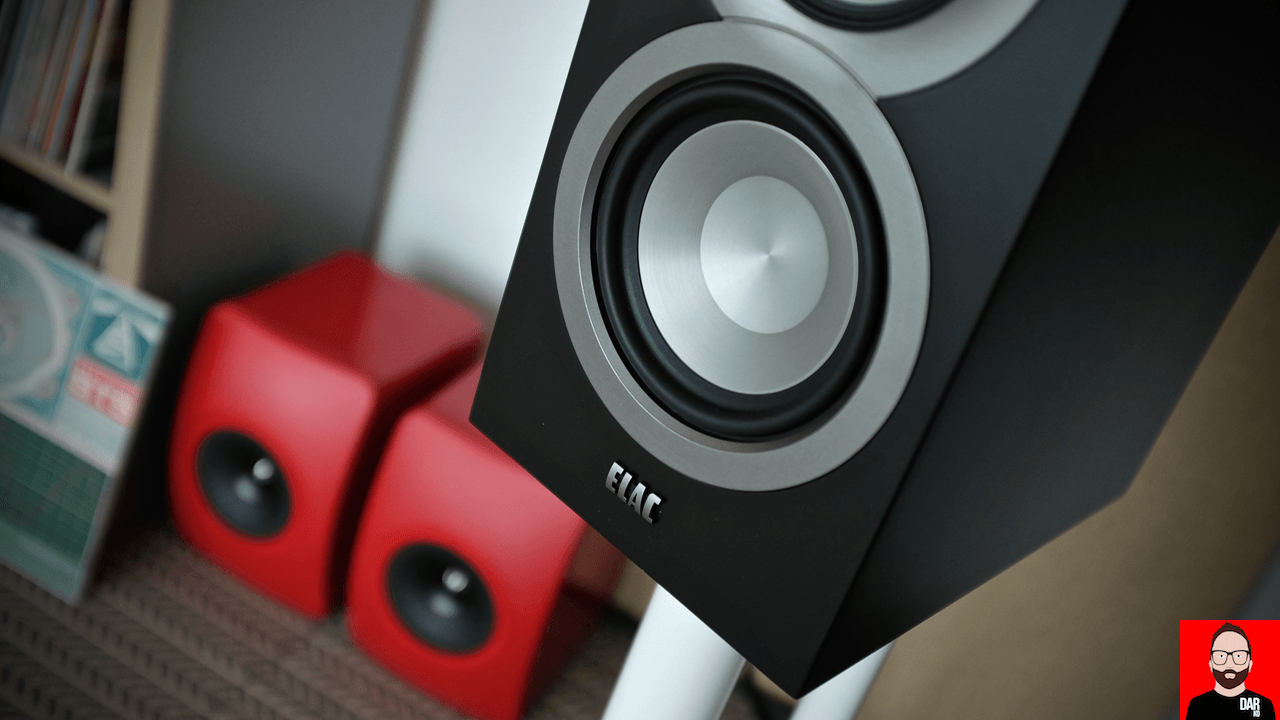 Just exactly how tasty is that new coffee? “It’s great – I really like it”, says Respondent A. “I can taste the bean! It’s easily as good as many more expensive coffees!” exclaims Respondent B. Neither responses are particularly helpful. What you like might not be what I like. And isn’t tasting the bean the whole point? Alas, we know not how much bean taste has been lost between harvest and barista. And unless those more expensive coffees are named outright all we really hear is milk being frothed.

Let’s try again. I usually drink Coffee X – how does this new coffee compare to that? “It’s not as bitter, perhaps a little richer”, says Respondent A. “It’s emphatically less acidic”, says Respondent B. Now we’re getting somewhere. The key? Specifying a baseline. And if you’ve had exposure to that same baseline – Coffee X – you too might now have a better idea of how the new coffee tastes.

And so it goes with audio gear. In asking “Just how good is the ELAC Uni-Fi U5?” we must also specify a baseline against which they can be compared. In the sub-US$2K standmount world, my baseline for the last five years has been KEF’s LS50. Chances are you’ve heard them too.

Then again at Munich High-End 2016 where, for the European market, the vinyl wrap had been supplanted by a satin finish, the cabinet made deeper and slimmer and a corresponding US$250 price hike applied. The UB5 had morphed into the BS U5. Jones says they sound identical:

With both KEF and slimline ELAC present in the same listening room, the stage is easily set for a quick-fire standmount loudspeaker boxing match. This isn’t DAR’s usual speed. Ordinarily, several weeks of listening pile up the notes until they coalesce into a review proper. This would be different: a day of A/B listening, none too dissimilar that of the average high street store audition.

Let’s skip the warm-up and get straight down to business.

In the red corner, the incumbent, weighing in at 7.2kg and US$1500/pair, the glossy KEF LS50. In the black corner, our challenger: the Uni-Fi BS U5 Slim from ELAC that also tips the scales at a shade over 7kg but, get this, with a more lightweight wallet hit. At US$749/pair they sell for half the KEF’s asking.

To restate the obvious: this would be a standmount standoff between the KEF and the ELAC only. 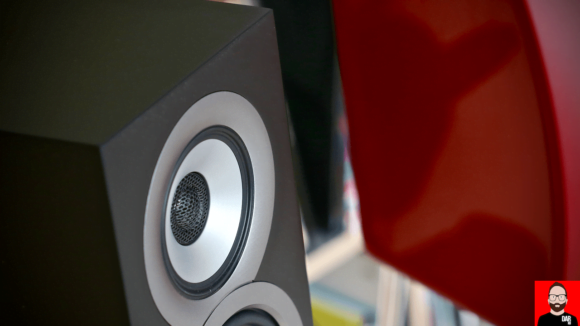 The listening ring would be kitted out as follows: a full suite of electronics from PS Audio, including BHK Signature monoblocks and pre-amplifier, a DirectStream DAC w/ Roon Ready Network Bridge on digital duty and a NuWave Phono Converter fed by a Technics SL-1200G w/ Zu DL103R on vinyl. All but the monoblocks would be housed in a Hi-fi Racks’ Podium Slimline. The loudspeakers themselves would sit on a pair of white Atacama Nexus 6 stands, each filled with Atabites.

Stepping into this ri(n)g, the ELAC have a one and half inch height advantage over the KEF. An extra half inch on box depth too. On front baffle width, the LS50 offer an extra inch of their own. In other words, the ELAC are taller, slimmer but at 17 litres, each loudspeaker model’s internal volume is effectively identical.

This is where the physical similarities end. On aesthetics, especially dressed in Racing Red, the KEF ace it for this reviewer. The gloss black, rose-gold-drivered original aren’t too far behind. And were it not for ELAC revising the U5’s dimensions (taller, narrower) and finish (satin), they’d not qualify as a contender. Here at the DARhaus, looks matter (almost) as much as sound quality. 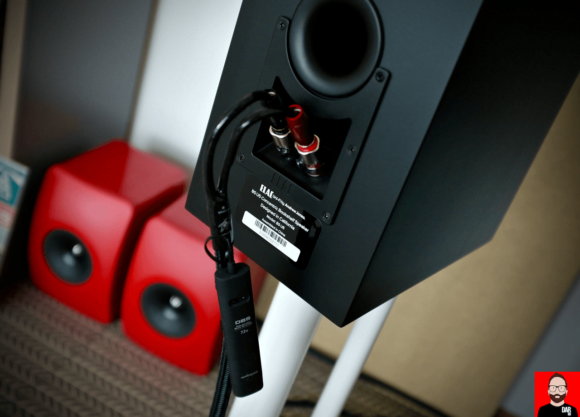 However – your visual tastes may not align with my own. Self-shot photos strip away the manufacturer’s airbrush and allow readers to observe both loudspeakers in real-world situ.

Andrew Jones has specified three drivers for the U5. The KEF run with one less. Both speakers start with concentrically aligned midrange and tweeter: a 4” aluminium cone and 1” soft dome crossed over at 2.7kHz on the U5; a 5.25” aluminium magnesium cone and 1” vented aluminium dome crossed over at 2.2kHz on the LS50. That’s where the KEF ends; its ‘midrange’ driver is also tasked with low frequency handling. On the U5 we get an additional 5.25” aluminium cone – its job is to convey musical information below 270Hz. 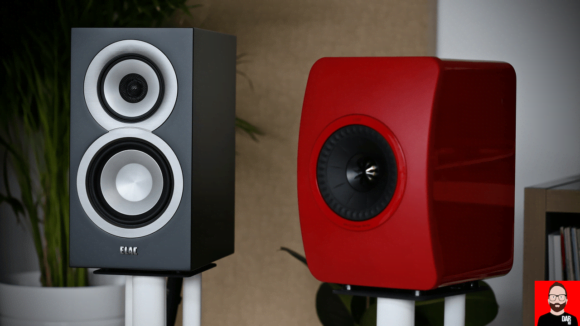 Both are bass reflex designs but the KEF’s supplied port bungs give them more flexibility when it comes to front wall proximity. Otherwise, ELAC ask us to put a sock in it.

Initial impressions peg the U5 as a fast and nimble performer; quick on their feet but packing a lighter overall punch than the LS50. One might also mis-conclude that the ELAC’s bass goes deeper. That is, until a run through Shed’s The Final Experiment reveals it as instead better separated and more clearly defined than via the little red roosters.

At the other end of the frequency spectrum, the ELAC shine more daylight onto Diamond Dogs’ cymbal work and searing electric guitar action, both of which shimmer and shine more overtly than with the KEFs in play. 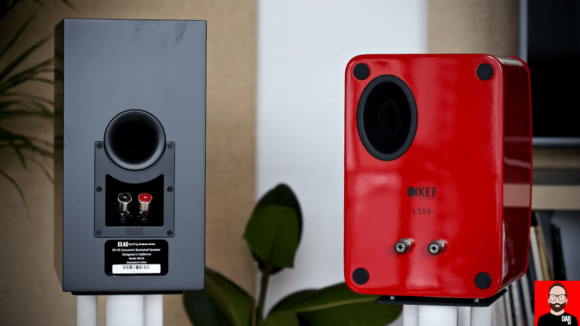 And just when you think ELAC might have KEF on the ropes, the reigning champion reminds us precisely and effortlessly on how it earned its title: a more sure-footed handling of rhythmic dexterity and dynamics, especially with electronic music where the ELAC can’t outrun their intrinsically more lightweight personality; a more muscular kick when going four-to-the-floor; greater soundstage depth from Jordan: The Comeback where Paddy McAloon’s vocal tenderness and the album’s sometimes ornate connective tissue is lent greater acoustic mass.

The Field’s The Follower confirms that neither speaker is better (or worse) suited to my 7m x 6m listening room but that KEF’s greater heft and dynamic muscle means I prefer them with the outer foam ring in place. The ELAC’s ports I leave wide open.

The ELAC require a few additional clockwise clicks from the PS Audio Signature Pre’s volume dial. Put a hand on the cabinet during music playback and the ELAC feel more lossy.

One might easily mistake the U5’s treble exuberance for greater detail retrieval. Prolonged listening however reveals the challenger as slightly fuzzier with surface textures, particularly in the midrange. The ELAC’s tendency towards opaque warmth contrast the KEF as the more talented of the two in uncovering micro-detail and the more direct communicator.

And so it goes it with acoustic guitars. The U5 wake Conor Oberst’s strum earlier and with more caffeine than do the KEF. This sees the German/American more readily expose the greater rigidity of entry-level digital (iFi Audio iONE) than the Brits but they also play more readily into the hands of the Technics/Zu/PS Audio vinyl rig’s marginally softer tonality, especially with Diamond Dogs’ more brutally grinding moments — I’m looking at you “Chant Of The Ever Circling Skeletal Family”. 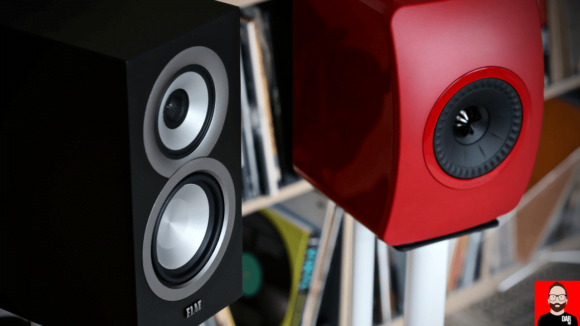 Which is better? Revolver or Sgt. Pepper? DSOtM or Wish You Were Here? Kid A or OK Computer? The ELAC U5 or KEF’s LS50? These two loudspeakers are sufficiently close in in performance – but for different reasons – that when judged as a complete package it’s almost impossible to call out a clear cut winner. Neither speaker lands a knock-out punch on its rival. In the ring then, a draw. I could easily live with either model and not miss the other.

The upshot? Judged on value quotient alone, the ELAC U5 come out streets ahead. And that is one mighty achievement that deserves a KO of its own! 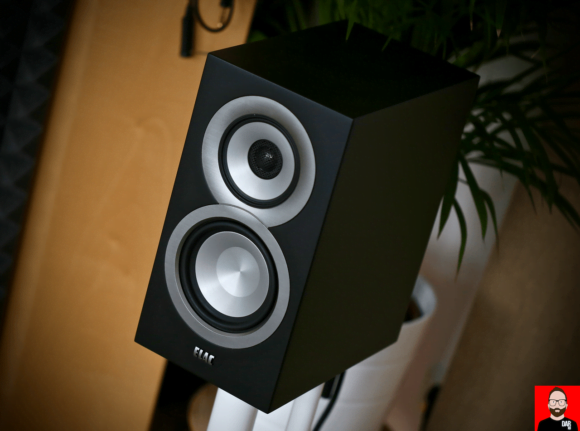 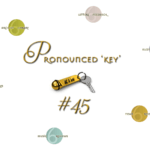 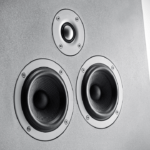