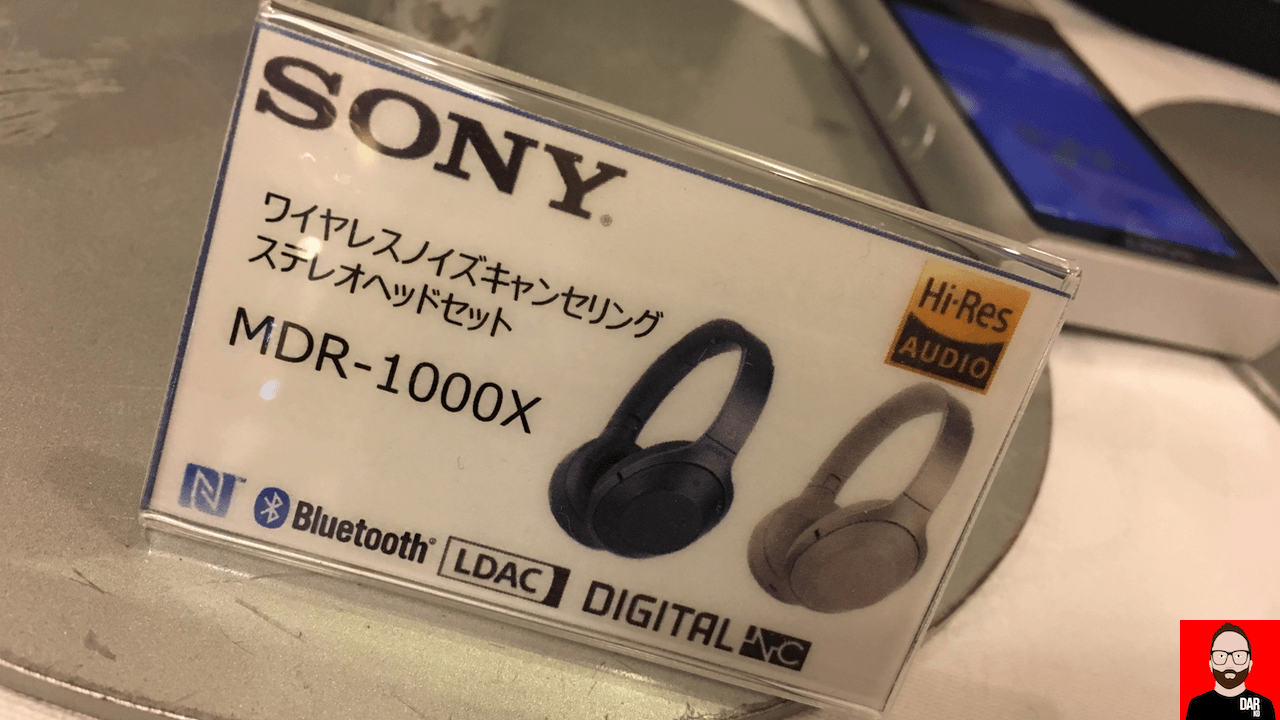 We need to talk about Bluetooth. Specifically, Bluetooth as it relates to digital audio transmission from smart device / computer to wireless headphone, streamer or loudspeaker.

Not at all Bluetooth audio connections are the same. Some hardware pairings sound noticeably better than others, not just with detail retrieval but with their ability to communicate tone and texture. Audible differences come down to the codec (and therefore the hardware) in play: aptX or AAC over Bluetooth will withstand audiophile scrutiny in all but uber-high-end hifi systems; SBC over Bluetooth might not be so lucky.

Bluetooth audio’s dirty secret is not that it doesn’t sound very good, it’s that it will only sound good if certain conditions are met. We must pay strict attention to our hardware’s specifications sheets if we are to realise Bluetooth’s full potential. 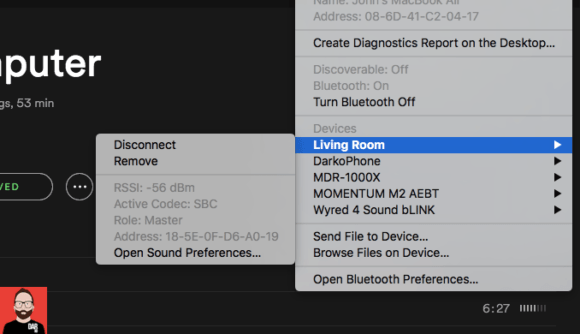 Overseeing Bluetooth (audio’s) standards and development is the Bluetooth Special Interest Group. We sometimes hear this group referred to as the “The Bluetooth SIG”.

From Wikipedia: “The SIG is a not-for-profit, non-stock corporation founded in September 1998. The SIG is headquartered in Kirkland, Washington. The SIG has local offices in Beijing, Seoul, Tokyo, and Malmö. The SIG does not make, manufacture or sell Bluetooth enabled products.”

Bluetooth audio’s specifics can be found in the Advanced Audio Distribution Profile (A2DP). A2DP mandates SBC support as a bare minimum. In other words, every Bluetooth audio device, transmitter or receiver, must support SBC. This is our Bluetooth baseline. If no other codec presents, we still get sound.

Unfortunately, for listeners with an ear for better sound quality, SBC won’t satisfy. I liken its sound to Spotify’s ‘Normal’ streaming setting; tonally grey with cymbals that crunch more than shimmer. That’s fine for the mainstreamer squarely focussed on Bluetooth’s wireless convenience but less for those of who also demand better sound quality.

Fortunately, higher quality Bluetooth audio is possible. The Bluetooth SIG have allowed for additional audio codecs to be slipstreamed into the A2DP, opening the door for hardware manufacturers to takes listeners beyond SBC’s baseline: MP2, MP3, AAC and Sony’s ATRAC. Oddly, we don’t hear much about those codecs’ deployment in the Bluetooth audio world.

Making a bigger splash is Qualcomm’s aptX (HD) – a lossy codec like any other. Per MP3 or AAC, aptX can be used to compress digital audio into a less bandwidth-intensive stream. And like the early days of MP3, aptX’s owner Qualcomm claim their codec capable of “near CD quality”. The operative word is “near”. aptX (HD) isn’t lossless. At time of writing, A2DP isn’t yet capable of lossless codec deployment.

Fortunately for us, an aptX-compressed Bluetooth stream sounds better than its SBC-compressed equivalent. Problem solved, right? Not so fast.

Remember: aptX is an optional codec. It must be present at both ends of the Bluetooth connection – in the smartphone/laptop AND headphones/streamer. If it isn’t, the Bluetooth audio connection reverts to the inferior sounding SBC. Apple macOS/OS X users can verify aptX’s presence with a simple right click – details here. 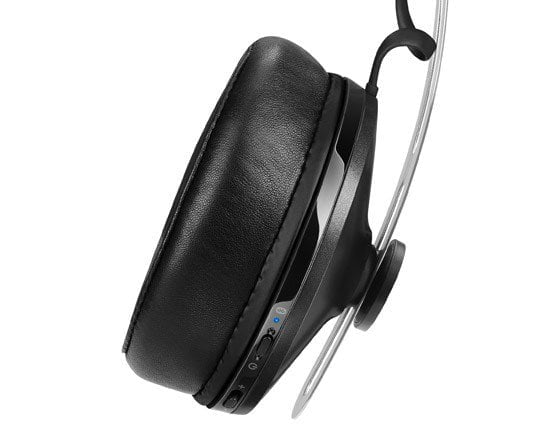 That might be true. But Sennheiser are only giving us, quite literally, half of the story. In order to realise aptX’s aural nuance carving capabilities, it must also be present in the transmitting device. And this is where the devilish details reside.

Windows 10 supports aptX – no problems there. Ditto MacOS but according to Streamlength USB code developer Gordon Rankin, “If WIFI=2.4 or more than 2 BT desktop, or 1 BT laptop it will revert to SBC.” This information reportedly came from Apple directly.

I have no issue in getting my 11” MacBook Air to talk aptX to the Momentum Wireless – they sound great too. Less so when cutting over to an iPhone 6S Plus. What gives? iOS does not support aptX and so the Bluetooth audio connection reverts to the inferior-sounding SBC. And it will do invisibly to the end user.

For the audio-centric iPhone user considering a pair of aptX Bluetooth headphones, this is essential intel. Ditto any iPhone/iPad owner eyeing KEF’s Motion One earphones. Their spec sheet reads “Bluetooth v4.1 with aptX codec”. Does that mean a complete absence of AAC support or did KEF just not list it on their website? We note a similar story with KEF’s LS50 Wireless loudspeaker: “Bluetooth 4.0 with aptX® codec” – it’s all she wrote. 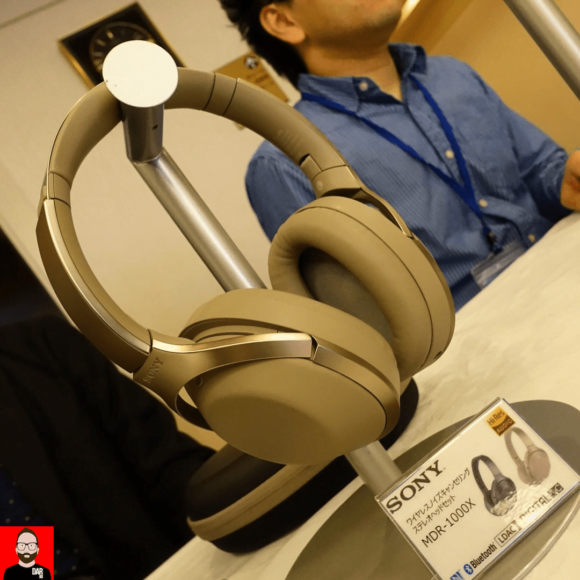 What can we do to get the Bluetooth connection away from SBC?

There are two options:

1) Swap out the smartphone for an aptX-capable model. Qualcomm maintain a list on their website. Choice is currently restricted to Android and Windows smartphones where the hardware manufacturer – not the OS developer – has licensed aptX from Qualcomm.

2) Swap out the headphones for an AAC-capable model. iOS might not talk aptX but it does do AAC. When used as a Bluetooth audio codec, AAC sounds every bit as good as aptX. Telling us this in the real world are Sony’s MDR-1000X Bluetooth headphones which offer the best of both worlds: support for aptX and support for AAC. Sony understandably make a big noise about AAC in their promo material – the MDR-1000X are goto ‘phones for the iOS user. Without AAC support I might not have seen their Bluetooth-derived appeal.

A similar two-pronged attack on SBC can be seen on the specifications sheet for iFi Audio’s iONE DAC. It too supports aptX and AAC. That means decent sounding Bluetooth audio for all iPhones and iPads plus selected Android and Windows phones. For this iPhone and iPad user, AAC support is the killer feature, not aptX. And if your smartphone supports neither codec, you’re back to SBC. 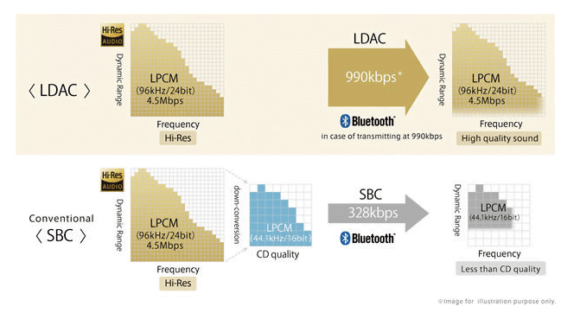 This week noise was made about the addition of Sony’s LDAC codec to Android O, the next version of Google’s mobile operating system, scheduled for mass market rollout in Q3 2017.

From the horse’s mouth, “LDAC™ is a new audio technology from Sony that allows you to enjoy high quality wireless audio via Bluetooth. With 3x the data transmitted, LDAC provides an enhanced wireless listening experience for all your music.”

SBC transmits audio data at around 330kbps, LDAC at 990kbps. Irrespective of Sony’s frequent use of hi-res audio verbiage in talking up LDAC’s capabilities, it too remains a lossy codec. Its inclusion in both the aforementioned MDR-1000X and it turn paired with the Sony NW-ZX2 make for a seriously compelling listening experience.

This all-Sony hardware combo underlines the need for the better sounding codec to be present in both transmitter and receiver. Just like aptX. Just like AAC.

Before dropping cash on the counter, consumers have work to do — dig into a Bluetooth headphone’s (or DAC’s or loudspeaker’s) codec inclusivity. Does it do aptX, AAC or LDAC? Experience tells us that if it’s on the spec sheet, it can also be found in the promotional material. Then look for the same codec in your favoured transmission device: smartphone, tablet, Mac or PC. A mismatch will lead to SBC and possible disappointment. How very inconvenient.

Further information (for 2019): Tangled up in Bluetooth 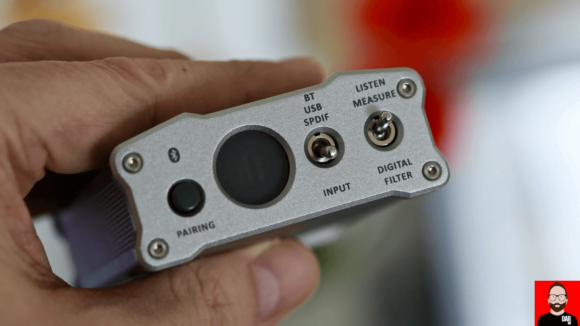 CORRECTION: an earlier version of this article stated that Astell&Kern’s XB10 Bluetooth dongle was not AAC-capable. It is. 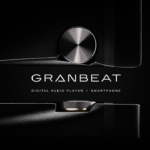 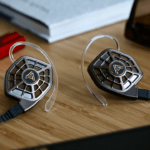