The reasons to dig Bandcamp are numerous – here are five for starters:

1. Bandcamp is a platform that enables artists to sell their music to fans directly. The company takes 15% on digital sales (which drops to 10% once total artist revenue hits US$5000) and 10% on merchandise. That’s a long way south of Apple’s 30%. Artists retain ownership rights on all music sold through their Bandcamp microsite.

2. Bandcamp doesn’t deal only in MP3s. Artists upload their work in a lossless format and the Bandcamp back-end executes any file transcoding at time of download where we get a choice of lossy (MP3, AAC) or lossless (wav, AIFF, FLAC, ALAC, Ogg Vorbis). The format choice does not affect price – it remains the same for all. Artists that offer 24bit/44.1kHz files are few and far between but they do exist.

3. Bandcamp isn’t just for digital audio. Many artists sell vinyl versions of their digital releases but in limited quantities. Some sell t-shirts and coffee mugs.

5. Bandcamp continues to buck music industry sales trends. In 2016, digital album sales were up 20% on the previous year; CDs sales were up 14%; cassettes up 58%; vinyl up 48%; merchandise up 34%. Up, up and up. No wonder the headline for Bandcamp’s 2016 annual report read “Everything is Terrific”. 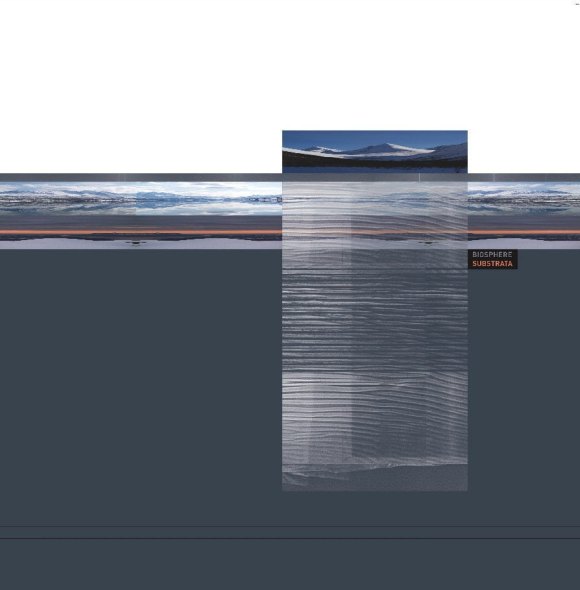 In the early nineties, Norway’s Geir Jenssen made two bleepy, pulsating albums – Microgravity and Patashnik – under his Biosphere moniker, the latter lending its “Novelty Waves” to a lesser-know Levi’s commercial.

In 1997, Jenssen left the 4/4 behind but retained the weirdness for a chilly, beatless Substrata. I like to think of this ambient album as the imaginary soundtrack for a night flight over a glacier. However, it’s the album’s sinister and unsettling vibe, coupled to an unexpected showing of Twin Peaks samples across two tracks, that ice this frozen snow cone.

€10 on Bandcamp for the remastered album + two bonus tracks from the Japanese release + Jenssen’s soundtrack for Russian silent movie The Man With The Movie Camera. €15 gets you the 2CD edition of the same whilst €20 puts the 2LP vinyl in the mail (with the bonus content landing as digital download). 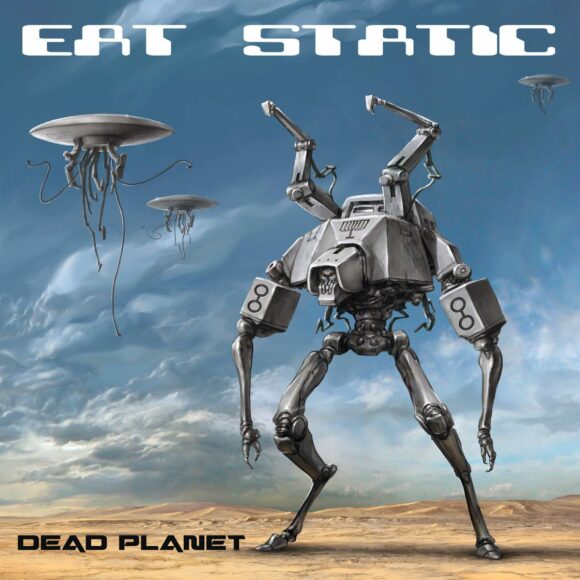 If the cover art doesn’t give it away, Eat Static make music that leans heavily on alien imagery: flying saucers, abductions, Area 51 and little green men all feature as samples across some fairly robust 4-4 (acid) techno. In Australia, this is the kind of music you’d hear at ‘Bush doofs’ out in the country. In the 90s UK dance music scene, it could be heard at illegal raves held under motorway bridges.

Despite an ill-advised early 00s detour into drum n bass, time has not blunted Eat Static’s edge. If anything, Merv Pepler’s production smarts have only improved over the band’s twenty year career.

2015’s Dead Planet is a set of club bangers where bpms only occasionally drop below 135bpm and where Pepler’s attention to sonic detail rewards repeated listens, especially behind a nice pair of headphones.

Dead Planet is not for the feint of heart. Wanna give your loudspeaker system a dynamic work out and maybe wake up their neighbours? This is what you play. And you play it LOUD. Look out for guest appearances from Steve Hillage (System 7, Gong) and The Cure’s Robert Smith.

Over at Bandcamp, £10 gets you the entire 70 minute Dead Planet album plus another 70 minute journey into head-nod territory via the Human Upgrade album, included as part of the download deal at no extra charge. Get it here. No vinyl; and it’s likely that the CD released elsewhere might already be out of print.

Talking of hard to find, Pepler’s Bandcamp page is an easy way to source Eat Static’s trio of contributions to the long deleted Planet Dog compilation Peel Your Head but with two bonus cuts thrown in, all for a fiver. Get it here. 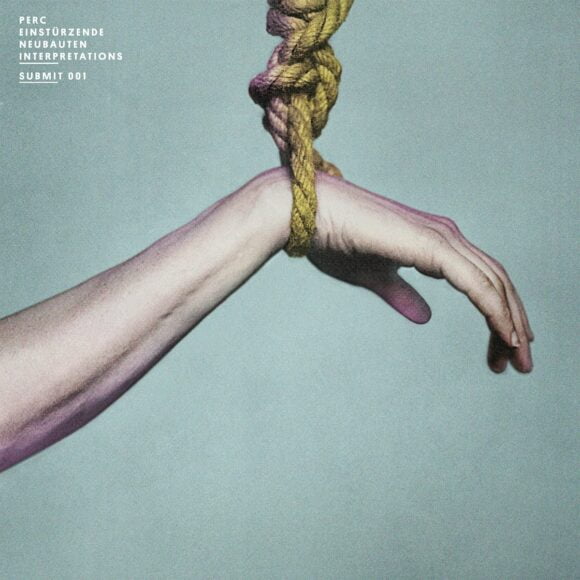 Punishing – one way to describe Ali Wells’ (aka Perc) particular brand of techno. Less flippantly we might refer to Well’s electronic music work as endlessly challenging; a compliment, not an insult.

On his numerous EPs as Perc, the 4/4 beats come on like piledrivers; there’s not as much joyous bounce on offer as with Eat Static. Perc’s sound is more physical and more cerebral and just because you’re too old to catch this at 6am at Berghain doesn’t mean you can’t enjoy the aural onslaught behind headphones or sat in front of a pair of loudspeakers.

Elsewhere, particularly on Perc’s deeper album cuts, the clank and grind of metal-on-metal comes on with more of an industrial vibe. If that sounds like your thing, head straight for Wells’ quad of Einstürzende Neubauten (Re-)interpretations – yours as a digital download from his Bandcamp microsite for £3.50. Get it here. Vinyl? Long gone.

Also consider: Perc’s debut album Wicker & Steel saw its gloomy atmosphere subsequently reworked by a who’s who of modern techno across three EPs. Shoulder rubs come from the likes of The Black Dog, Walls and Ancient Methods. £10 gets you all three and one helluva ride from the comfort of your couch: less noisy but no less interesting; and better suited to home listening. Get these EPs here, here and here. 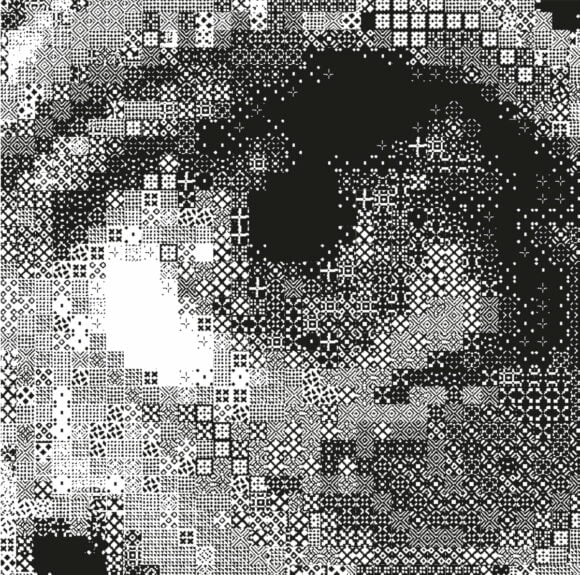 Going long on bang for buck and doing for charity are Touched Music. Their annual epic grab bag compilation, sold through the label’s Bandcamp microsite, is now in its third year and the latest edition (Volume Three) features over 400 cuts, some exclusive, all donated free of charge by the artist, and yours for a mere £14.99. Pay more if you wish as all proceeds go to Macmillan Cancer Support. Volumes One and Two remain available for £9.99 and £6 respectively. Hoover them all up for that warm, fuzzy feeling and hours of listening pleasure.

“De:tuned, Touched and some of the planet’s greatest electronic musicians have combined forces for an amazing cause on World Cancer Day 2017. The result is a unique piece and milestone: the first ever vinyl release ‘Various – Covert II’ for Touched – Music for Macmillan Cancer Support.”

“A mask of invisibility, anonymity serves to enhance the work for charity. De:tuned’s recent Brainbox compilation, the infamous Touched series and both their back catalogue of related prolific artists laid the foundations for ‘Covert II’ featuring 5 previously unreleased tracks offering a variety of cornish acidic sounds, playful structures and melodies that will take the listener on a journey into future worlds. All anonymous artists have contributed their music for free.”

“Sheffield based influential graphic studio ‘The Designers Republic’, known for their highly distinctive work for labels such as Warp, generously offered their time and designed fitting artwork in their own fresh and recognizable style.”

“The Covert II EP has been professionally mastered and cut for free by Matt Colton at Alchemy Mastering to ensure the highest listening pleasure.”

“‘Covert II’ will be available as a limited 180gr vinyl release sold directly via Touched’s Bandcamp page with all proceeds donated to Macmillan Cancer Support. Your vinyl purchase includes a high-quality download and unlimited streaming via the free Bandcamp app and comes with a De:tuned & Touched sticker.”

The vinyl is now sold out and the Covert II EP has been stripped from Touched’s Bandcamp page. Why? A full 15-track Covert II digital album, one that includes the original EP’s five tracks, is scheduled for release on March 4th 2017. 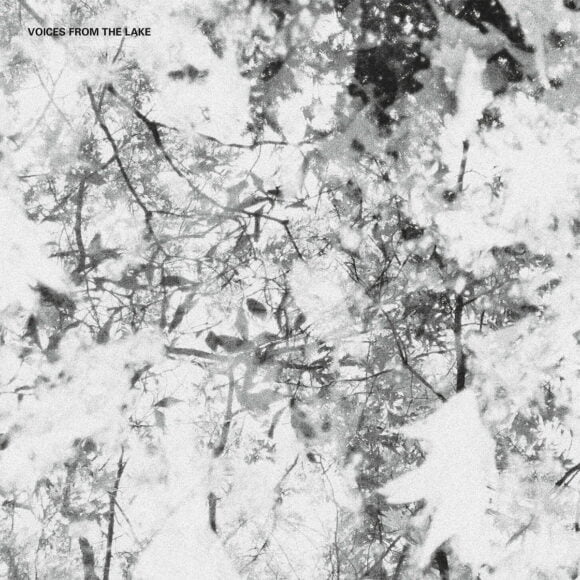 “As Voices From the Lake, Italian producers Donato Dozzy and Neel reinvent typical techno structures wholesale. Rarely can an album be this intimidatingly detailed, warmly inviting, and totally indifferent.”

That’s Pitchfork writer Andrew Ryce nailing one of the decade’s finest ambient techno record to the wall – a modern classic from Italy and one that enjoys regular rotation in certain quarters of the Sydney audiophile scene.

From host label Prologue’s Bandcamp microsite, a download of the unmixed vinyl version remains available for €8. Get it here. However, for the (IMO) superior continuously mixed listening experience that’ll lock you into your listening chair for over an hour, drop €12 on the CD here. This one’s a bullseye for fans of Orbital’s Insides, The Orb’s U.F. Orb, Tin Man and Recondite.

Readers are invited to share their own favourites in the comments section below but please include a Bandcamp URL. All selections must be electronic.