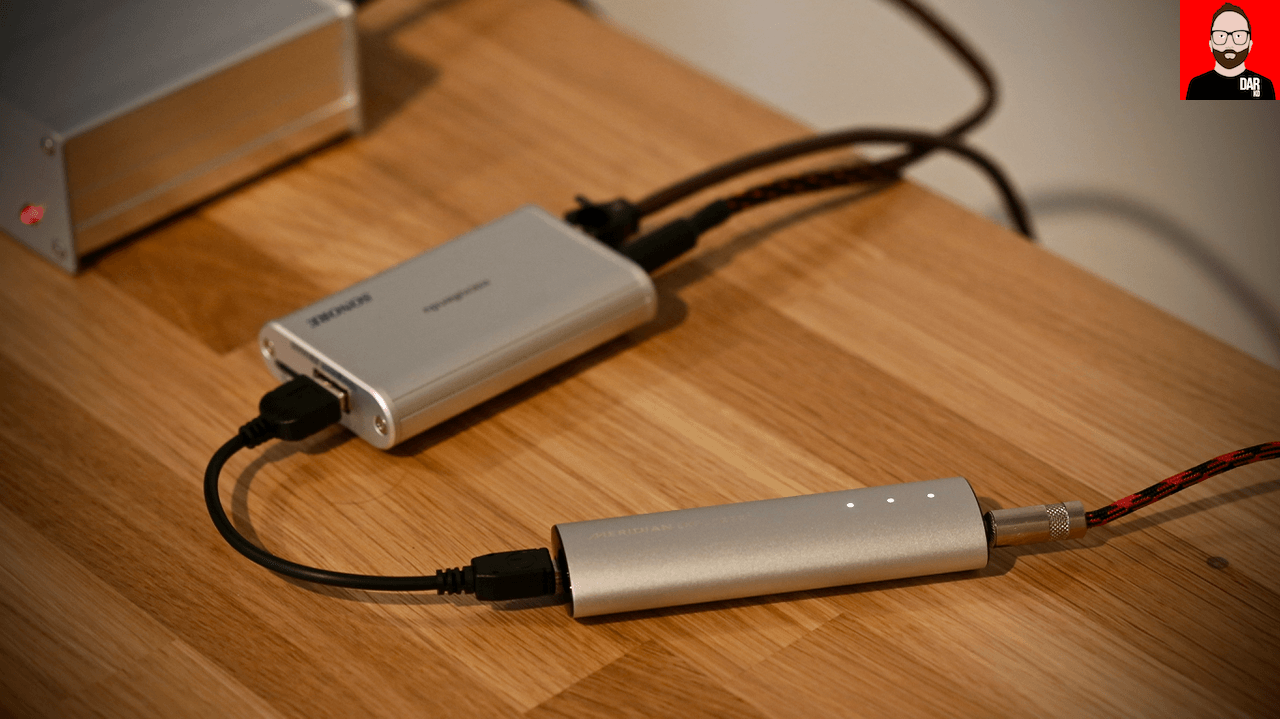 As the new pad comes together in Berlin, I’ve been ruminating on the numerous network audio configurations that I (have) already use(d) on a daily basis.

Everything starts with the modem and a router. Sometimes this comes as two separate hardware boxes but in my case it’s one. Sitting in the back corner of my lounge room, a Compal CH7466CE (which is nothing special) connects the DARhaus to the Internet via Vodafone Deutschland’s cable service. In this mode of operation, it’s a modem.

But the plastic Compal box is also a router. That means any device connected to one of its four Ethernet ports – or to its 2.4Ghz/5Ghz Wireless receiver/s – can talk to the Internet and, potentially, to any other device on the network.

Bolstering the DARhaus’ wireless connectivity strength and stability is an Apple Airport Express, connected to the modem/router via Ethernet cable. 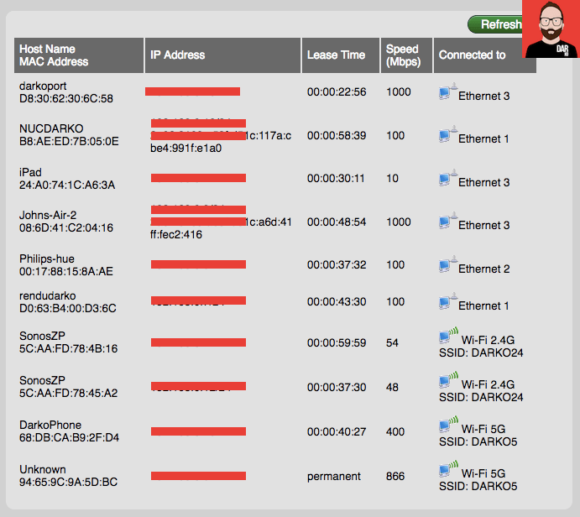 With Spotify, I prefer to ditch the native Sonos apps for Spotify’s own. Running in ‘Connect’ mode the Spotify app/s function like a remote control, instructing the stereo-paired Play:1 on what tunes to pull down directly from Spotify’s servers (via the modem/router).

To play music that I own on the Play:1, Sonos’ server app runs on an Intel NUC that sits in the kitchen. A collection of ~6000 FLAC albums sit on a 3TB HDD connected to the NUC via Curious USB 3.0 cable. The NUC’s Sonos server app streams audio to the Play:1 over the network. I’ve lost count of the number of evenings I’ve fallen asleep listening to Giant Sand or Tom Waits.

Do you see how everything being used is in some way connected to the modem/router? 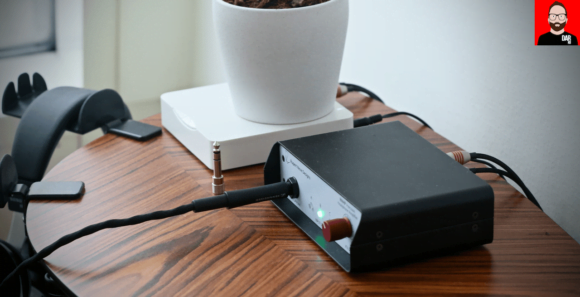 On the other side of the bedroom sits a headphone listening station. Here an AURALiC Aries Mini – connected to the modem/router via Wifi – feeds a Rupert Neve Headphone Amplifier. I listen to the likes of James Holden and Bohren & Der Club Of Gore as I stare out over the rooftops of nearby Friedrichstraße towards the Sony Centre at Potsdamer Platz.

Control for the Aries Mini comes from AURALiC’s rather excellent iOS Lightning DS app. With an iPhone or iPad, connected via Wifi to the modem/router, I tell the Aries Mini what to pull down from Tidal’s servers. To hear to the FLACs sat on the HDD in the kitchen, the Intel NUC uses Plex Media Server (not Sonos’ server app) to send digital audio directly to the Aries via UPnP.

Plex is also used in this client-server configuration for watching movies on an Apple TV Gen 4, connected to the modem/router via Ethernet and to a Samsung LCD TV via HDMI. 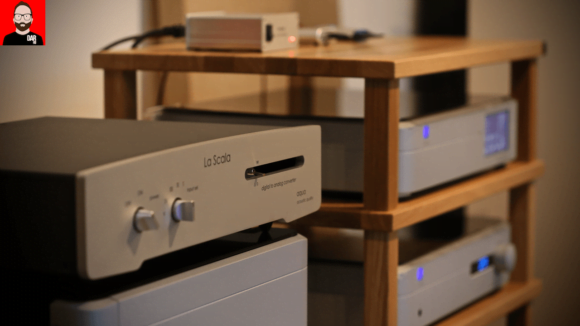 This same Intel NUC also runs Roon Core with which it serves music to my office desk’s 11” Macbook Air (which also runs Roon) and to the Roon Ready Sonore microRendu connected via AudioQuest USB cable to either a) an Aqua Hifi La Scala MKII Optologic DAC or b) a Meridian Explorer2 DAC presently sitting in the lounge room’s main rig.

At the business end of this hifi system sits a pair of ELAC’s slimline Uni-Fi F5 loudspeakers driven by a pair of PS Audio BHK monoblocks and fed by a PS Audio BHK pre-amplifier.

This week I’ve been Roon-streaming new releases from Redshape, Matthew Dear, Four-Tet and Grandaddy, all from the Intel NUC’s USB-lassoed HDD as well as Joni Mitchell’s Blue in MQA from Tidal (via Roon).

And as Roon also talks to Airplay devices, it can send audio streams to the Apple TV whose audio stream exits the Samsung TV via TOSLINK for decoding via a PS Audio DirectStream DAC.

Back upstairs, the AURALiC Aries Mini can operate as an Airplay device. It too can serve as a 16bit/48kHz-restricted Roon endpoint. Note: this is not the same as being Roon Ready.

Roon v1.3 is set to drop any day now. When it does, Roon streaming to the Sonos Play:1 becomes a reality. Bye bye Sonos apps. Which brings us full circle… 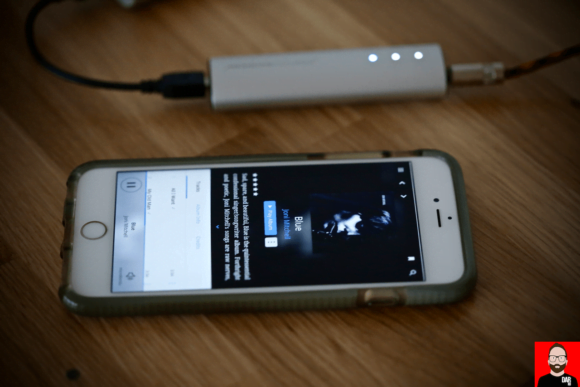 …you might have noticed that the Intel NUC (and its attached HDD) sits at the centre of (most of) DARhaus’ streaming configurations; what it sends to where is often determined by the server software that rides on top.

The NUC is connected to the modem/router via Ethernet, not with long cable runs across the kitchen or lounge room floor but via an Ethernet-Over-Mains starter kit from TP-LINK, whose tidiness easily offsets any minor ding to sound quality (should it exist).

Why do I insist on putting the NUC in the kitchen? Answer: hard drive noise. Upon each hit of play, the external HDD spins up and brings too much of an audible distraction for lounge room placement. This is one reason why not everyone wants a computer in their hifi rack. Not everyone can stretch to a server with a multi-TB SSD. 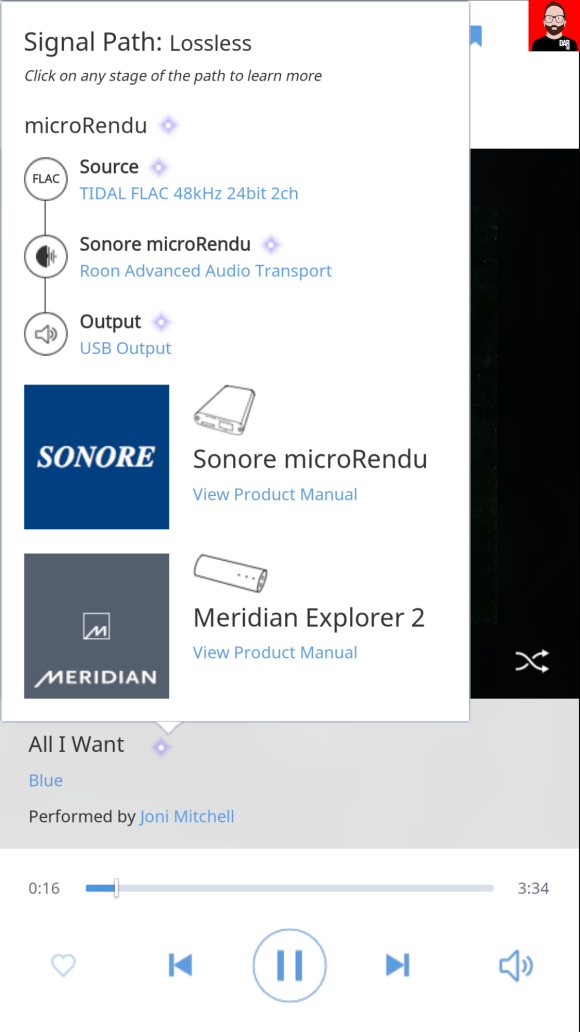 Focus not on the individual components mentioned here. Nor ask how Box X sounds or how it compares to Box Y. That isn’t the point of this post.

What is? Network audio begins and ends with the modem/router – in my case a Compal CH7466CE. It ties everything together over Wifi or Ethernet. Box X must be connected to the home network if it is to see Box Y.

Setting up a network audio solution needn’t be complicated but troubleshooting drop outs or the server not seeing a client (endpoint) can be a time suck. If in doubt, go with Ethernet cable connections, especially if you’re streaming hi-res audio. Not because it’s necessarily better than Wifi, just that, in my experience, it’s less likely to throw up connectivity issues; that’s especially valuable for beginners.

One the hardware layer is in place, it’s time to overlay the required server software – usually an application must be installed and configured on one’s server before it can send digital audio to an endpoint (client). The patience required by software varies wildly; I’d argue that Roon’s UX makes it more intuitive to configure than say JRiver. 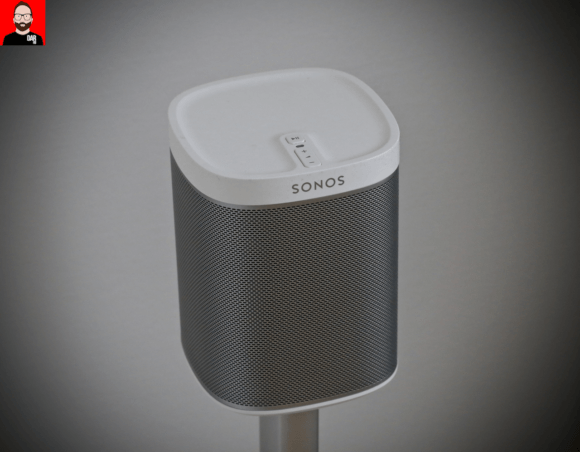 The third piece of the puzzle is often – but not always – a smartphone-based remoted control app. It instructs the server on what to send to the endpoint (client) and when. In the DARhaus for example, Roon’s iPad app tells Roon Core – running on the Intel NUC – what to send to the Sonore microRendu.

There is no one size fits all solution and, as might be obvious from the number of configurations already extracted from my Berlin abode, the possibilities are numerous. That doesn’t necessarily make network audio finicky or problematic. It largely depends on one’s outlook. You wouldn’t expect to become proficient at changing a phono cartridge overnight. It demands that we try and try again, notching up a few mistakes along the way. It is through these mistakes and wrong turns that we deepen our understanding. Network audio, like turntable setup, requires time. And there are no shortcuts to success.

(And a gentle reminder: DAR is no substitute for a manufacturer’s technical support team.) 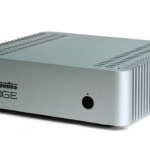 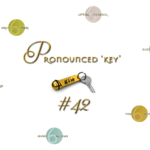