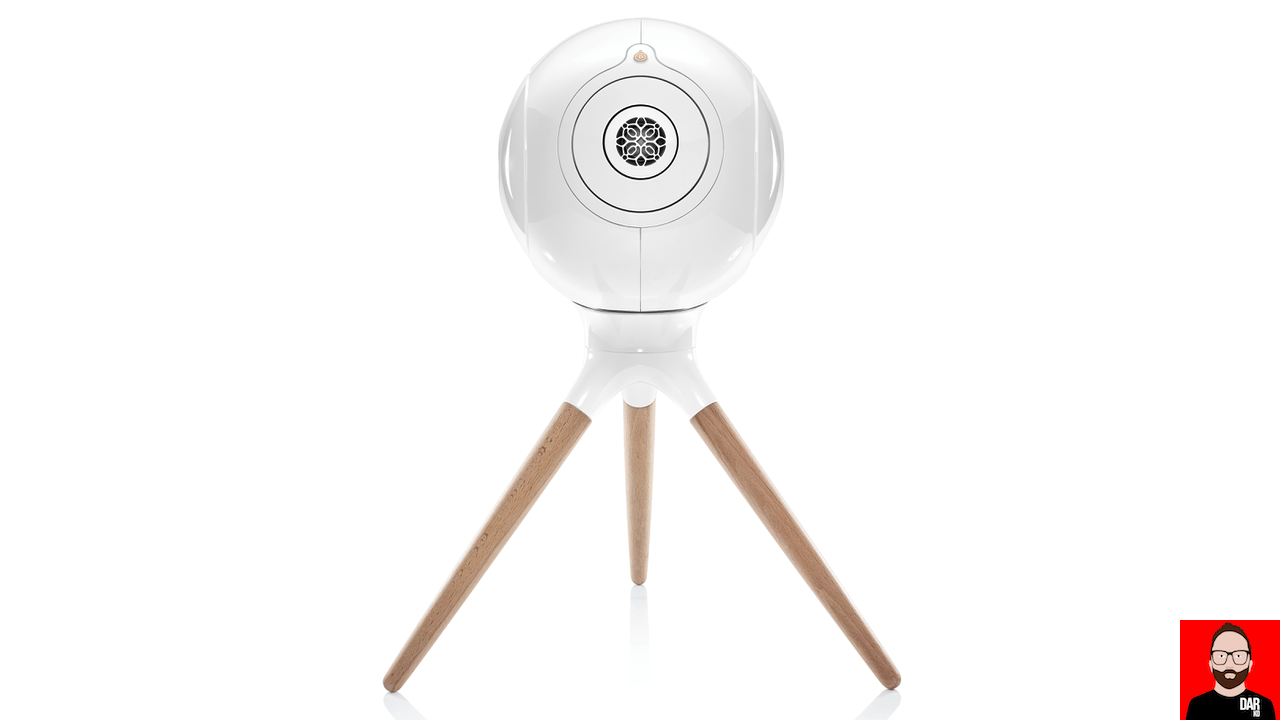 Misnomer. Bookshelf speakers – they’re anything but. Just because a compact loudspeaker is small enough to sit next to James Joyce and Kurt Vonnegut doesn’t mean it should, especially when attempting to optimise the speaker’s sound quality.

Putting a pair of ‘bookshelf’ loudspeakers on stands can better isolate them from unwanted environmental vibrations, reduce the amount of sound transmitted to/through the floor and gives the listener better control over the distance between speaker plane and front wall. Many loudspeakers, especially those with rear-firing ports benefit from a little breathing space.

A bookshelf loudspeaker might more accurately be referred to as a standmount loudspeaker.

Audiophiles know that good stands can bring out the best in a loudspeaker. I once heard a pair of (original) Rogers LS3/5a utterly transformed when moved from benchtop to a pair of Skylan stands; not only did bass presence improve but so too did soundstage depth and player outline focus. Unfortunately, those same Skylan stands sell for €900/pair – almost as much as the speakers themselves!

The inconvenient truth of standmount loudspeaker ownership is that stands are all but mandatory. And that spells more dollars down, often narrowing the differential between standmount and floorstander. 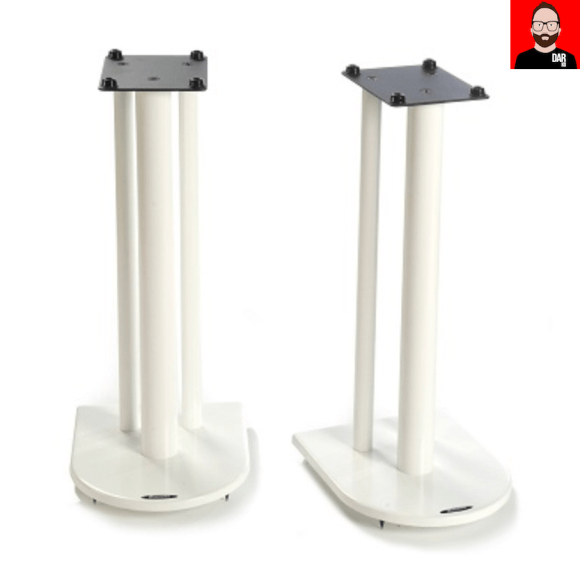 For Australian audiophiles, a stand’s size and weight can often see shipping costs double the country of origin’s cost of entry.

Whatever the territory, loudspeaker stands remain an essential component, sonically and visually, in a standmount loudspeaker-fronted system.

However, a common complaint from those who view audio gear as furniture that plays music is that speaker stands are ugly. To wit, Atacama’s Nexus 6i in black connote, in part, a sense of industrial utilitarianism.

With the Atacama being this reviewer’s number one bang-for-buck recommendation, I dropped the extra €12 to land a white pair of the Nexus 6i in Berlin for €118 + shipping. White? Not only to play visual contrast to an incoming pair of Black/Blue KEF LS50 Wireless but also to a red pair of their passive brethren. 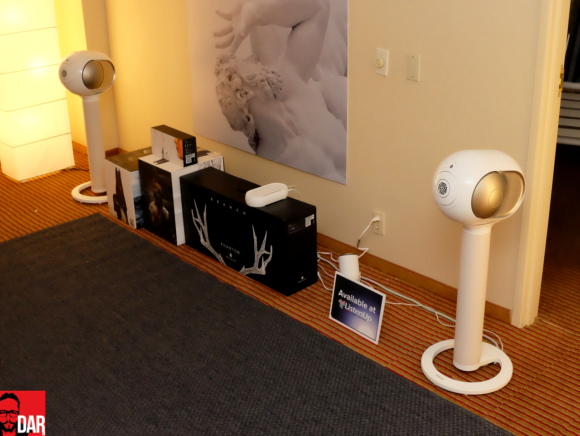 For the Devialet Phantom owner (original, Silver or Gold), white stands are all but de rigeur. The black Atacama Nexus 6i rob the Phantoms of their ocular wow factor. From a visual perspective, I prefer to sit each Phantom opposing end of a double set of IKEA’s 4 x 2 Kallax shelving and loaded with vinyl (to improve speaker isolation).

And if, like me, you find Devialet’s first attempt at a bespoke stand – Branch, later renamed Tree (€350 each) – falling somewhere short of the loudspeaker’s own dinosaur egg-like grandeur, this week the French company, no doubt buoyed by a fresh injection of investor cash, have announced the tripod Treepod (€300 each) – a smaller, lower stand for Phantom that recalls the best of Scandinavian minimalism and elegance.

From the press info:

“Standing firm thanks to its ingeniously engineered isostatic base, Treepod is both a design statement and a perfect fit for Phantom. Connected thermally to Phantom, Treepod maintains optimum functioning conditions.”

“An exceptional pairing for Phantom: the result of a flawless wood-turning craftsmanship, Treepod’s stands are made of massive beech assembled together with a hand-polished piece of foundry composed of a fine, ultra-resistant aluminium blend. Handmade in France with wood sourced from sustainably managed forests.” 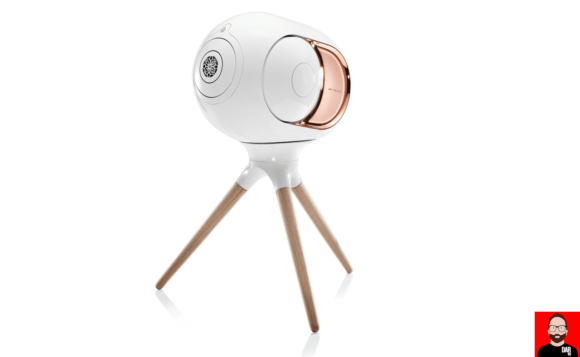 At 35cm tall, the Treepod puts the clip-secured Phantom below the usual 60cm – 70cm, so pegged to maintain horizontal line of sight with listening position ear height. The Phantom’s in-built backwards lean fires the tweeter output upwards toward the listener’s ear.

Having not heard the Phantom atop the Treepod, I can’t speak to the design’s efficacy. Maybe the Phantom sounds better fixed to a Tree than a Treepod. Maybe there’s zero audible difference. However, from a design perspective, I find the Treepod more aesthetically pleasing than its chunkier older brother.

For some listeners, a higher visual quotient will easily offset any compromise to sound quality, be it theoretical or real.

Furthermore, the Treepod better channels Devialet’s talents with industrial design elegance. How many other high-end audio companies are able to boast that their loudspeakers are sold in Harrods, Colette and the Apple Store?

Audiophiles like to tell themselves that it’s the sound and the sound only that matters. I’m calling bullshit on that line of thinking. So too are Devialet and, to a lesser extent, Atacama. With hifi gear often residing in a lounge room shared with others, looks matter. To ignore this is to consign audiophillia forever to a geeky ghetto. 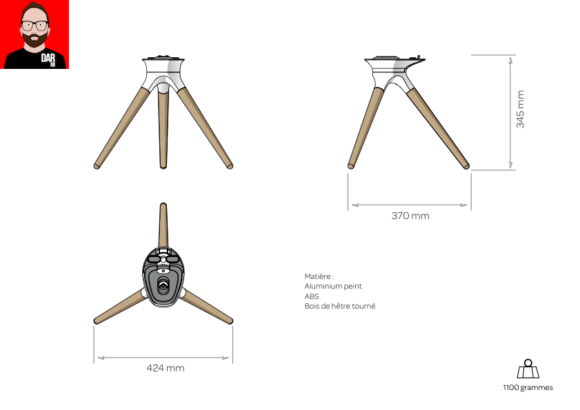 Standmount runners: which loudspeaker stands do you use? Let us know in the comments section below. 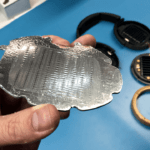 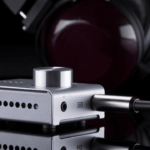