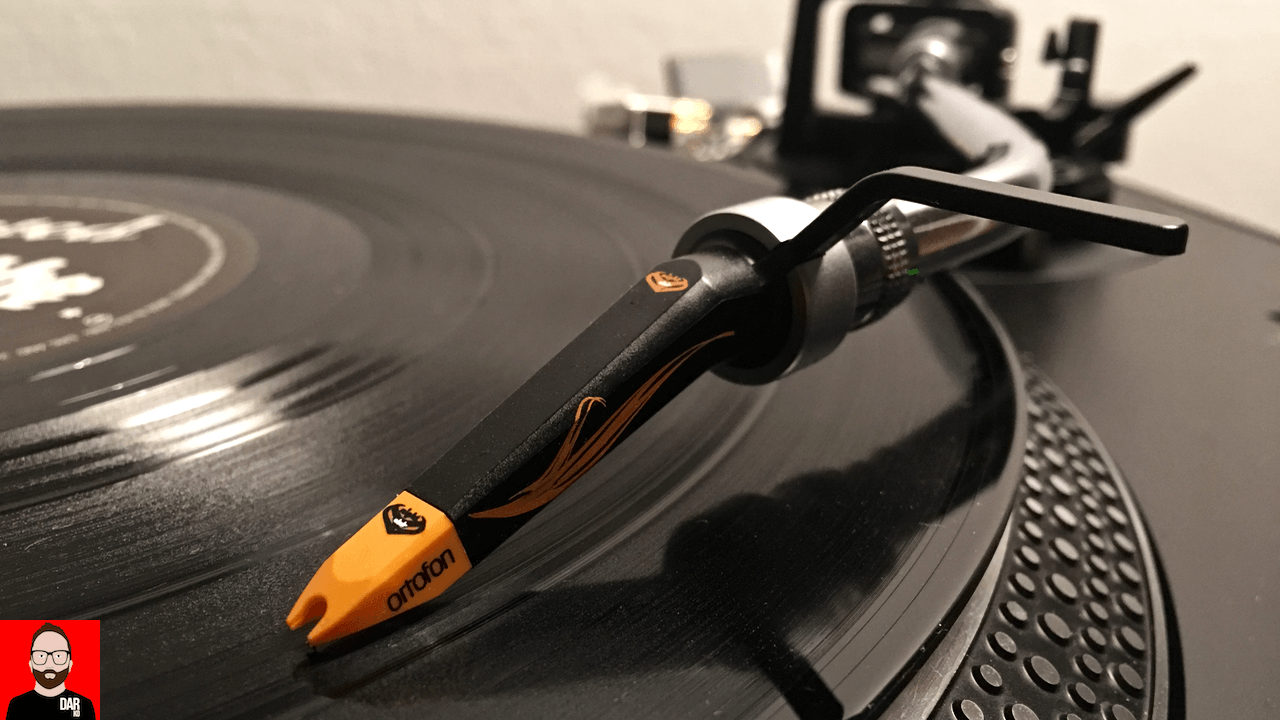 I’ve got too much energy to switch off my mind,
But not enough to get myself organised.
My heart is heavy–my head is confused,
And my aching little soul–has started burning blue!

So run the opening lines from The The’s Infected. You probably won’t be spinning it at your next dinner soirée. However, in 1986, to my teenage self, the album’s rigidly-rhythmic (and titular) opener was the first time music felt like electricity applied directly to the temporal lobes. All good music fans remember such moments – what are yours?

Infected’s original format was the vinyl LP (and cassette). In some territories, Matt Johnson’s artistic intent was mangled by the introduction of a CD version. As was common practice at the time and in an attempt to draw customers over to the new, more expensive digital format, CBS added three twelve inch versions to the album’s original eight song sequence but in doing so, side openers “Infected” and “Sweet Bird Of Truth” were hacked down to radio edits.

Borrowing from modern day marketing parlance, if you want to hear Infected as the artist originally intended, seek out the eight track CD version (it does exist) but not the 2002 remaster hotted-up by Howie Weinberg (which sounds awful) or, better still, the original vinyl LP.

For non-redeemable vinyl collector bonus points, try to snag the limited edition ‘Torture sleeve’ edition (with free “Heartland” poster), which paradoxically replaces Andy Johnson’s fantastic whirling dervish illustration with a still from “Out Of The Blue (Into The Fire)”‘s promo video.

On the back of the unexpected success of The The’s debut album, Soul Mining, Johnson convinced CBS to bankroll a filmcrew’s travel to distant, and sometimes dangerous, locations in order to shoot a video for each of Infected‘s eight songs. These videos would later be stitched together with Super-8-style interludes for a movie-length mega-promo.

A recent weeklong run at the ICA in London was Infected: The Movie‘s first public screening since the UK’s Channel 4 first aired it (twice) some thirty years ago. 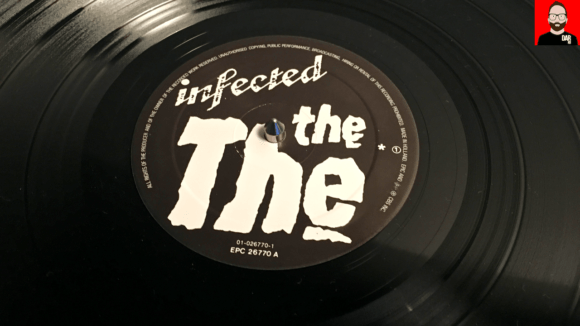 This recent flurry of Infected activity suggests the album’s reissue is imminent. Digital audiophiles might want to check their hope at the door. Soul Mining’s 2013 reissue was a strictly vinyl-only affair – a box set that contained the remastered album plus a couple of period-relevant 12″ singles as well as some other promotional paraphernalia.

Also included was a download code for a needledrop of the remastered album – reportedly ripped using Johnson’s own vintage Thorens idler turntable – but encoded to mp3. Still, the source is vinyl, so it’s rich and warm and sounding superior to the original CD, also ripped to 320kbps MP3? Nope – not even close. In terms of dynamic thrust, clarity and resolution, the official needle-dropped remaster doesn’t hold a candle to the digitally sourced original. Oh dear.

Perhaps Johnson’s phono stage isn’t all that? Or maybe he’s in urgent need of a cartridge upgrade? Some might point to the A/D converter a homogeniser of tonal colour and dymamic contrasts? 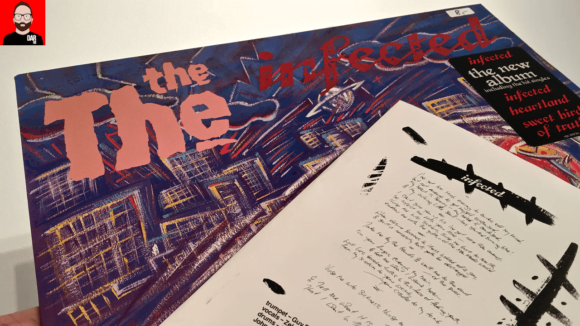 All of this brings us to 2016, a Pioneer PLX-500 running with factory-fitted cartridge and in-built phono stage into a line level input on a Rotel RA-10 integrated which in turns powers a pair of ELAC Uni-Fi UF5 floorstanders at this commentator’s new Berlin digs (“DARhaus”).

And in the spirit of albums as time capsules, it brings us back to Infected. There was a time, during most of the noughties, that Infected’s grandiose production sounded unbearably dated. Perhaps the mainstream’s more recent affection for a 1980s-infused aesthetic – see Stranger Things –  has made Johnson’s magnum opus more bearable. With new surroundings, I hear it with fresh ears.

But something’s not quite right. The entry-level Pioneer – likely quite a bit better than the average American’s turntable – sounds dynamically castrated. That’s not what we want from Infected. We want to feel beaten around a bit by the time “The Mercy Beat” closes to its droning loop in the run-out groove.

Switching over to headphones, the AudioQuest NightOwl Carbon, powered by a Schiit Jotunheim gives us access to the latter’s phono module. It sounds more open and alive than the Pioneer’s but still, something is missing. Time to capture the Infected vinyl’s first three cuts – an original UK pressing – using the PLX-500’s internal A/D converter piping out ones and zeroes to Audacity running on an 11″ Macbook Air (just as was done with Prefab Sprout). 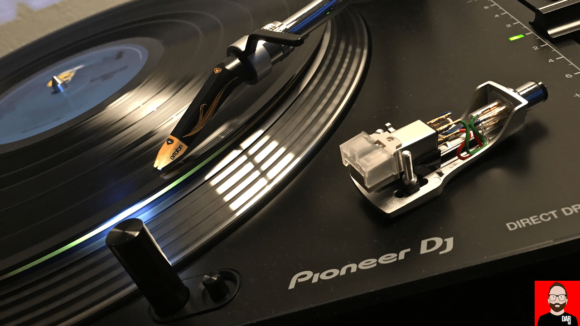 Swapping out the cartridge was the next obvious step. Being a DJ-centric ‘table, sold largely in DJ stores the world over, I went leftfield of the usual audiophile models and dropped cash on a DJ cartridge: Ortofon’s Nightclub MKII (€129). It clips onto the arm directly so that azimuth, overhang and alignment are baked into its concord nose. All that’s required of the end user is to set VTA and tracking force.

Some would have us believe A/D converters homogenise the sound. That one cartridge will end up sounding much like another. One analogy is that every car entering the Lincoln Tunnel emerges the other end as a SMART car. Direct experience tells me that isn’t the case, even for cheaper chips; that the most damage caused to our car-driven signal is a light dusting of the tunnel’s soot.

Time for you then to listen and decided for yourself. I re-ripped side A of Infected with the Nightclub MKII fitted to the Pioneer. Each needle-drop was cut back to leave only the first minute of each of three songs before being normalised (0.6) and encoded to FLAC (level 8).

Download the zip file here (67Mb) and then vote for your preference here:

If you wish to compare these needle-drops to their digital cousins, click to Tidal here and Spotify here.

The results can read here.

Polite and constructive observations are welcome in the comments section below. 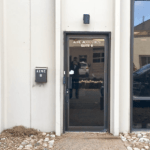 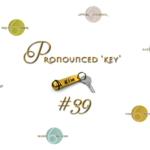