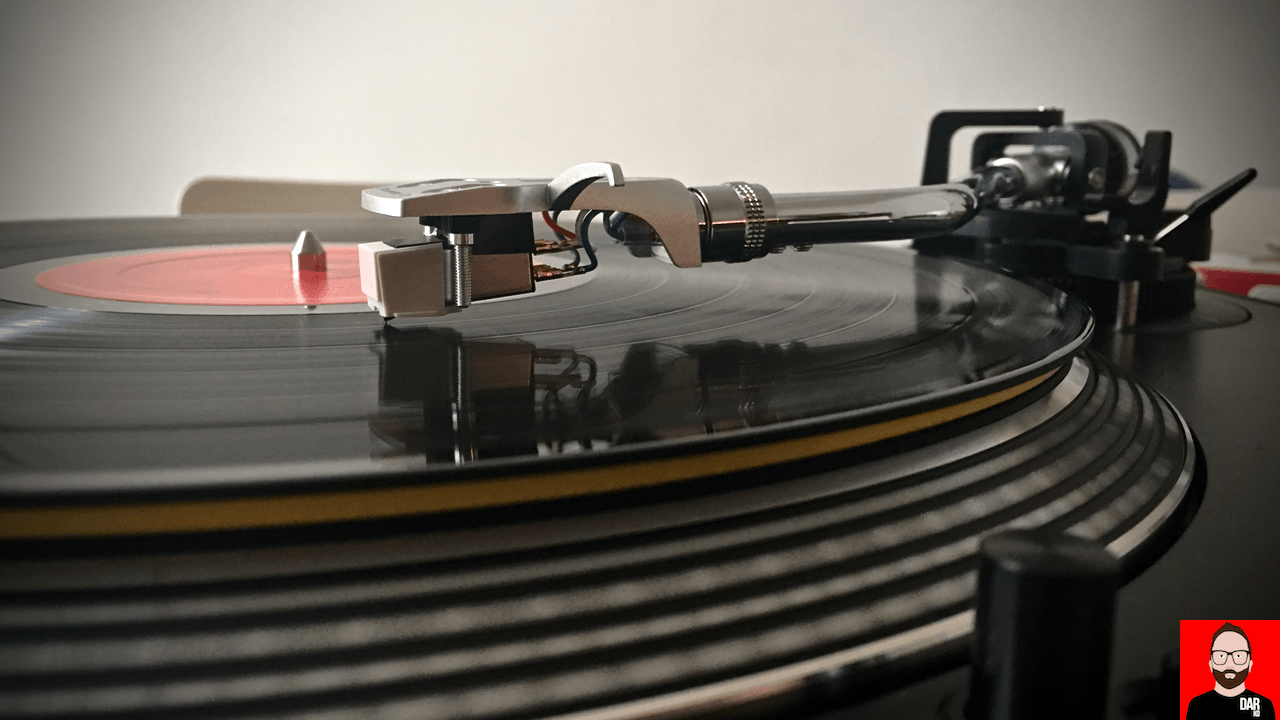 Music is a time machine like no other artform. Songs (and albums) can emotionally transport us to a time long since gone and they do so more readily than any painting or movie.

This is especially true of our formative years (read: younger) when our minds were more malleable and listening to music felt closer to a religious experience. This is where, to borrow from The Hold Steady, songs got scratched into our souls.

In rarer instances, an album can ziplock an entire period in time. Through the simple act of listening we can unpack and reanimate the feelings of the past.

For me, 2012 was drenched in McLusky. Specifically, “To Hell With Good Intentions” – arguably the greatest song of all time. For an emotional run through my first years in Australia (2001 – 2005), I’d pull up Death Cab For Cutie’s Transatlanticism or I’m Wide Awake It’s Morning by Bright Eyes. If I want to feel the cold, grey of Christmas Day 1995, Pink Floyd’s The Final Cut or The Stone Roses’ Second Coming. 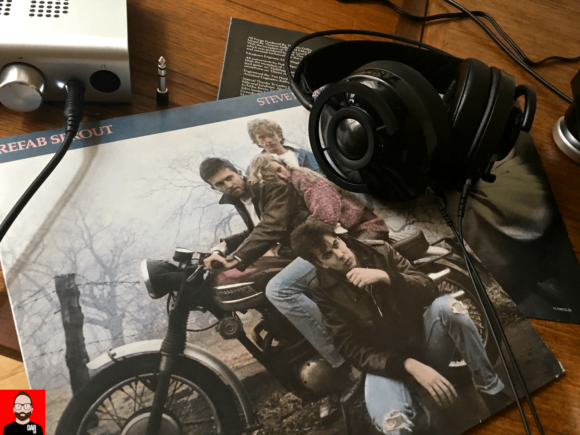 Capable of plugging me back into my teenage self in an instant are The The’s Infected, The Name Of This Band Is Talking Heads live 2LP and, the most effective time machine of all, Prefab Sprout’s Steve McQueen.

Paddy McAloon’s songs have always been wistful but with Steve McQueen produced by Thomas Dolby they take on a heavier melancholy.

Listening to rollicking opener “Faron Young”, from my mind’s eye I can picture the long shadows of an autumnal middle England at dusk. “The sunset makes a fence out of a forest” paints in the motion blur as I gaze out over brown fields from a car window. With Prefab Sprout piping hot through headphones thirty years after the fact, I can still picture that family car journey as if it were yesterday.

“Goodbye Lucille #1” recalls my first high school crush whilst “Moving The River”, for a fleeting moment, lets me feel the naivety of adolescence once again, if only for a moment.

My first copy of Steve McQueen wasn’t a CD or cassette but a vinyl record. In the late 80s, I’d listen to Prefab Sprout on my Dad’s Dual turntable connected to a Sansui amplifier that drove Philips headphones or B&W loudspeakers in turn. I spent endless hours dubbing vinyl to cassette for portable Walkman listening. Not a Sony, you understand, but some fifteen quid knock-off from a mail order catalogue.

Nowadays my Walkman is the real deal but the removable media is a microSD card full of FLAC files, not a cassette tape.

Alas, Prefab Spout-fuelled time travel doesn’t come so easily from digital audio. Dragging and dropping a FLAC rip of Steve McQueen onto the microSD card, inserting it into the Sony NW-ZX2’s underbelly (and hooking in a pair of Noble Audio Katana IEMs) permits greater physical portability but brings with it less metaphysical mobility. 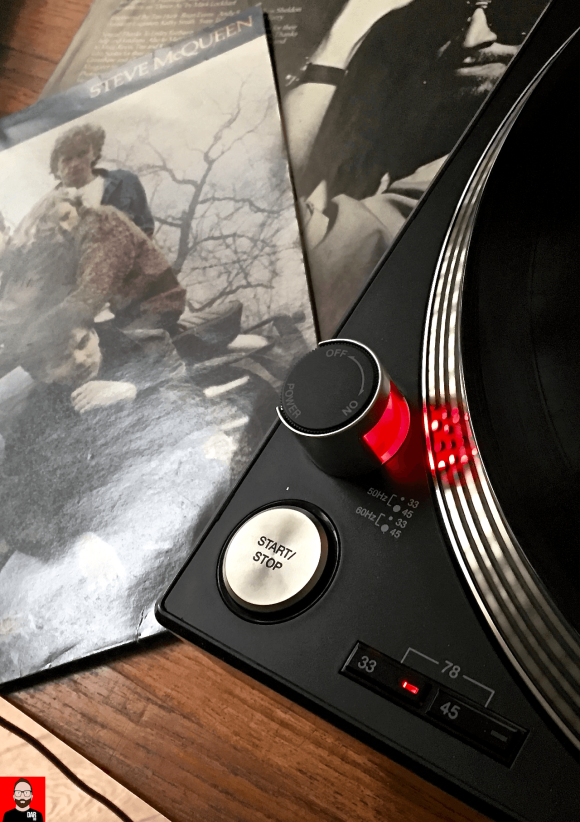 Nostalgia is a powerful player. Having a 12” x 12” object to hold as I listen only amplifies the enjoyment. Something to file away once the listening is done. This is how collections start. My German vinyl haul, already a full milk crate strong, features the aforementioned The The and Talking Heads albums as well as a bunch of 90s techno.

I enjoy the hunt & kill, carrying home my prize, tipping the record from its sleeve, placing it on the turntable, donning a pair of headphones and dropping the needle for twenty minutes of private investigations and, sometimes, if I’m lucky, a little time travel. 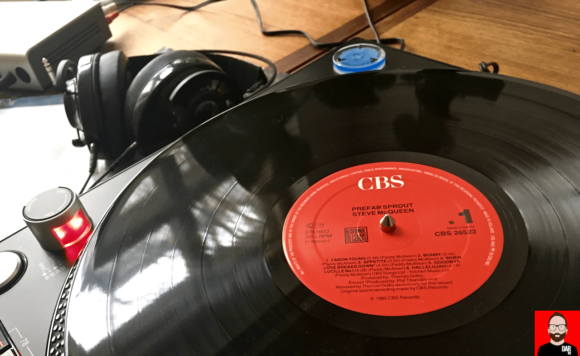 It remains a point of pride that I haven’t bent my music tastes to fit my role as audio journalist.. I listen to more Richard Thompson than I used to but also more Giant Sand and Thin White Rope. The latter’s swansong, The Ruby Sea, still takes me right back to the autumn/winter of 1991 and university life. Their Moonhead LP delivers a blast of summer 1992.

What has changed is the hardware with which I listen. Right now, a pair of AudioQuest’s NightOwl Carbon headphones driven by a Schiit Jotunheim amplifier complete with phono module.

The Pioneer PLX-500 turntable (€336) is a stand-in whilst a modded Technics SL-1200 comes together in Zu Audio’s Utah factory. The two are not entirely unrelated. The Pioneer’s design is a direct descendant of the SL-1200, most likely manufactured by China’s Hanpin to Pioneer’s specifications. Catch up on the introduction here.

I’ll confess to being a sucker for these DJ-type ‘tables: their solidity and build quality connote a sense of value that low-mass turntables, like those made by Pro-Ject and Rega, must work harder to attain.

Furthermore, SL-1200 clones like the Pioneer don’t demand the end-user lift off the platter and move the belt when moving from, say, The The’s 45rpm Slow Train To Dawn 12” to the 33rpm Infected LP. On the PLX-500, buttons for 33rpm, 45rpm and 78rpm sit right next to the Start/Stop button.

Direct experience with both direct- and belt-drive models has told me that the former, all other things being equal, offer greater speed stability and therefore less wow and flutter than the latter. The PLX-500’s strobe light keeps us constantly informed of the servo-controlled motor’s ability to keep time. 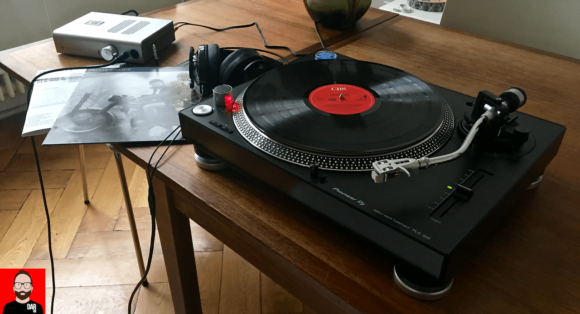 The second reason for choosing this particular Pioneer is its factory-fitted cartridge (make and model unknown). This makes out-of-the-box setup as close to plug-n-play as it gets: unpack the separately-wrapped platter and place it carefully onto the bearing, push the counterweight onto the back of the tonearm and turn it to adjust the tracking weight to 3 – 4 grams. It doesn’t hurt to double-check this with scales (as I did) before setting the anti-skate to match the tracking weight (as instructed by the manual).

Before all of that, a spirit level guided the the PLX-500’s adjustable feet to ensure the whole shebang was level. It is just me or do the majority of mass market turntable owners skip out on this all-important step?

Pioneer’s manual states that the arm’s lowest position (‘0’) is optimal for the factory-fitted cartridge. I looked at the SRA from the side and immediately thought more experienced turntablists might disagree – that the arm could sit lower still – but this is what Pioneer recommend and is therefore what 99% of PLX-500 owners will live with; I wanted to hear precisely that.

Thirdly, the PLX-500’s switchable in-built phono stage means we don’t have to worry about sourcing an external solution. Another box, more money. I skipped out on the Jotunheim’s phono module and fed it a line-level signal direct from the Pioneer’s twin RCA output.

How does it sound?

The PLX-500’s rear-panel also sports a USB port for handing over ones and zeroes to a connected PC or Mac. Here the Pioneer ‘table applies signal level lift and RIAA curve correction before an in-built (and probably fairly rudimentary) A/D converter converts the analogue signal to digital.

Time capsule ready to fire, I ripped the first side of Steve McQueen to Audacity, deleted all but the first three songs and then cut each down to their first minute. A little normalisation was applied before exporting the file to FLAC (Level 8). You can download it here [30Mb] 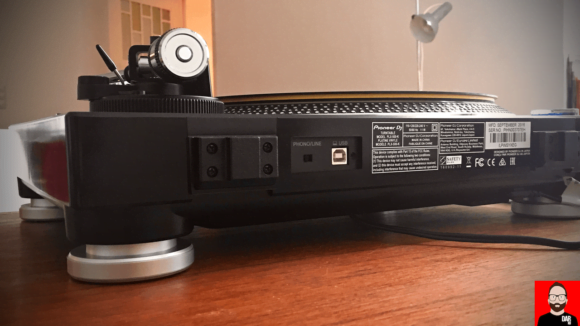 Readers wanting to compare this needle drop to its digital equivalent will need the original CD (rip) and not the 2007 remaster. On Tidal or Spotify, look for it double-packed with follow-up album From Langley Park To Memphis. Hot dog!

Maybe this PLX-500 needledrop sounds better than the CD. Maybe it doesn’t. Feel free to leave a constructive comment below. But ask yourself this: how many Pioneer owners will be conducting this same A/B. Not many, I’d wager.

And perhaps that’s the point. That PLX-500 owners are simply happy to have a decent turntable with which to play their record collection. One that likely offers better than average sound quality, especially when we stop to consider what that average turntable might look like.

According to data provided by the Consumer Technology Association (CTA) to Stereophile, Americans bought 1,610,000 (US$120m worth of) turntables in the first half of 2016. Do the maths: that’s a meagre US$75 per turntable. A figure that would suggest most vinyl collectors put basic functionality – the ability to commit needle to groove and watch the record spin whilst reading the liner notes and sipping on a little something – above things like dynamics, bass weight and tonality.

Think it sounds too cheap to be the average? According to Michael Fremer’s always thorough Analog Planet, a US$50 Jensen all-in-one turntable was Amazon.com’s top-selling audio product for Christmas 2015.

Perhaps for mass market buyers, like yours truly, vinyl playback is initially about far, far more than the pursuit of better sound. 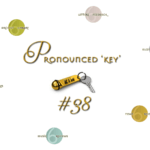 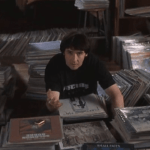