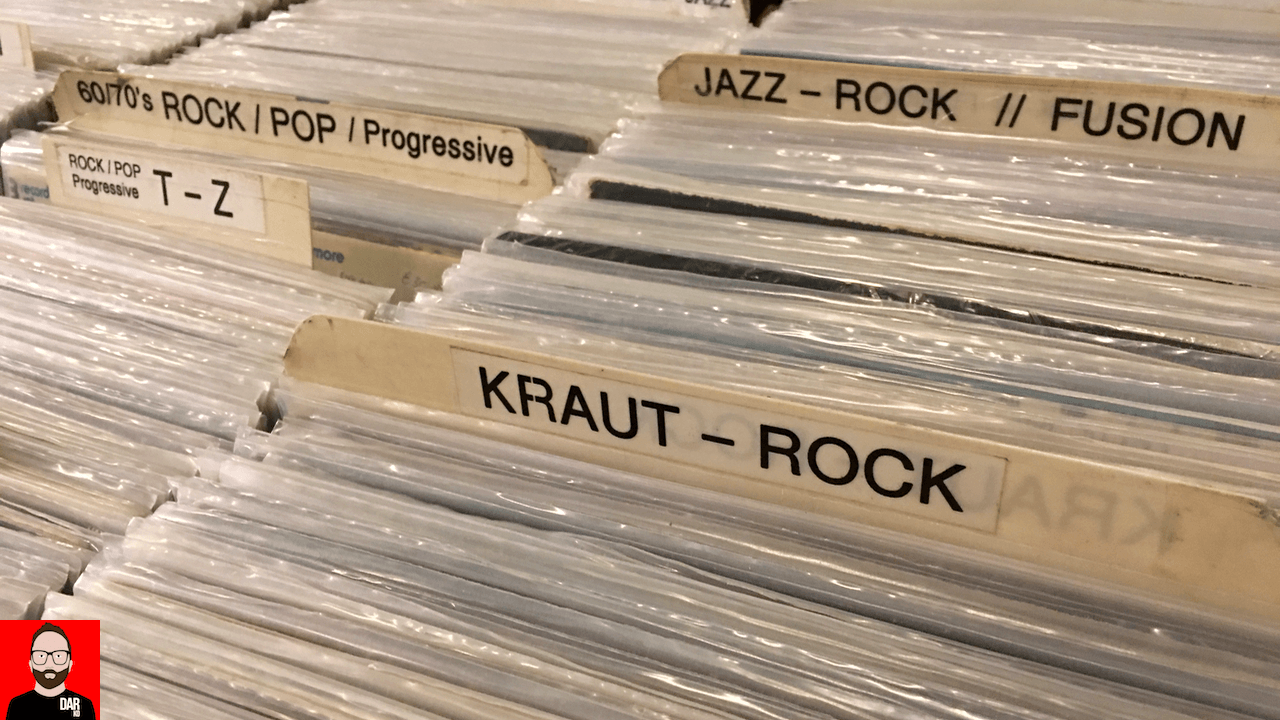 Nah und Fern – near and far – is a 4CD collection of Wolfgang Voigt’s ambient work, released under his Gas alias. Much of it is beatless but when four-to-the-floor pulses do emerge, they do so subtly. Often the throbs are as woozy as the synths that wash over them. Picture Biosphere’s Substrata drone re-moulded for the techno set.

Too late if you’ve yet to snag a copy – it’s already sold out. No mind. Gas’ music might be better suited to digital formats where surface noise cannot spoil the stillness. Or perhaps the crackle and pop of vinyl helps Gas better emote the slow decay of analogue tape or a night under the night stars, in front of a fire, in a midnight black German forest.

It’s Friday afternoon in Berlin and it is bitterly cold. The upside of a large coat is more pocket real estate for more portable audio hardware: a Sony NW-ZX2 Walkman, digital audio broken out over USB to a Chord Mojo, plus a selection of IEMs from Campfire Audio and Noble Audio. Soundtracking a three hour West Berlin walkabout are FLAC rips of Gas’ Nah und Fern box. The audio show tour comedown has begun. Time to ask: what’s next?

Farther away is a lautsprecher/loudspeaker system. Nearer is kopfhörer/headphone listening.

My home for the next three weeks is a first floor apartment in Charlottenburg. Its high ceilings and tall windows make for a bright, large and airy space but the walls and floors are paper thin. Even at lower volume levels, a loudspeaker-based system would disturb the neighbours. Delivery of the KEF LS50 Wireless will wait until an apartment proper – ideally a top-floor maisonette – is found. 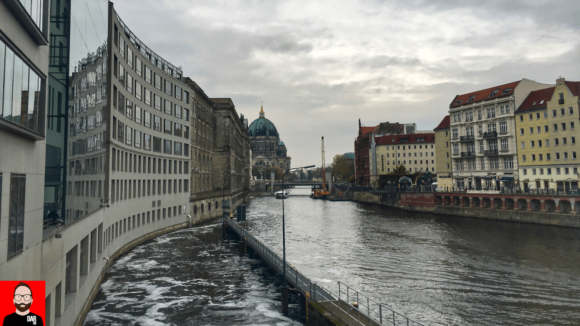 Ditto the Aqua Hifi Formula DAC, around which a second two channel system will be built. Vinnie Rossi has plans to send an improved LIO to yours truly before Christmas. It’ll hopefully arrive in the same time window as the Devialet Expert 200, presently being babysat in Melbourne by their Australian distributor. Passive loudspeaker choices will be determined by the room in which they are placed – an as yet unknown.

A pair of AudioQuest’s closed-back NightOwl Carbon headphones (US$699) are already in the air, scheduled to land on Wednesday. Their review coverage will come loaded with a video interview with AudioQuest’s headphone designer Skylar Gray, shot way back in May (but not too far from here) in Munich. 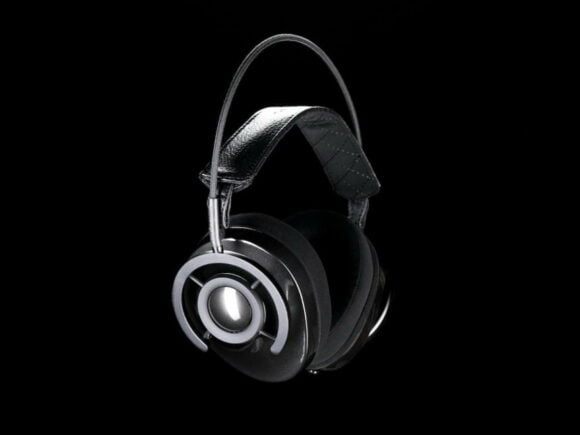 From the back of a Fedex truck this week will also spill another box from California: Schiit Audio’s Jotunheim headphone amplifier. I visited its circuit designer Jason Stoddard and digital co-conspirator Mike Moffat the week after RMAF 2016 at their Valencia, CA headquarters and filmed an entire factory tour as well as some terrific interview footage with the dynamic duo; this will undoubtedly fire from within the Jotunheim commentary.

Mine’s a Jono – Schiit’s in-house shorthand for a Jotunheim loaded with MM phono module (US$499 all up). As the loudspeaker-friendly apartment hunt continues, I shall build a headphone system around vinyl. Required still are a plattenspieler (turntable) and some records (schallplatten). These are easily found on the ground in Berlin. Time to go east. 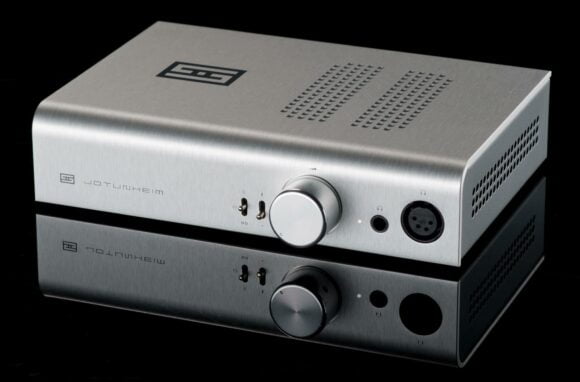 The walk from Adenauerplatz to Alexanderplatz and then south into Kreuzberg and Neukölln is almost fifteen kilometers but loaded with audio pit stops.

Saturn is Germany’s equivalent to Best Buy or Dixons. At Ku’Damm’s Europa Center we find one of their larger stores. Four floors of electrical goods with a large space given over to loudspeaker systems. At one end a Sonos stand. At the other, Bowers & Wilkins’ high end offerings are laid out in their own glass-walled demo room.

In between the two, an impressive range of entry-level turntables. Belt-drives from Pro-Ject, a hitherto unseen direct-driver from Onkyo, the digitising TEAC TN-300 and the similarly ADC-equipped Sony PSH-X500.

A digitising table was now on the menu – I could share rips samples on these pages from which readers could draw their own conclusions directly.

With a cartridge from Audio-Technica factory-fitted and DSD encoding lobbed into the bargain, Sony almost snagged this reviewer’s own cashish. Close, but no cigar: PSH-X500’s tonearm drop-lever is pure Fisher Price. Raincheck, please. 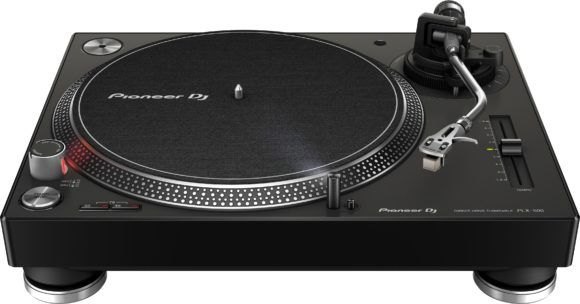 How about something from Pioneer? Their newly released PLX-500 trades in some of the finer points of the bigger PLX-1000 for a PCM-encoding ADC.

Like its bigger bro, the PLX-500 is another ‘Super-OEM’ Technics SL-1200 clone – direct-drive, bullet proof and almost €100 less expensive than the aforementioned Sony. The only downside was I’d have supply and fit my own cartridge.

Floorstock of this new, more affordable Pioneer had yet to reach the Saturn store. Instead, a visit to the pro/DJ-centric Just Music across town was required. This birthed a more unusual idea. 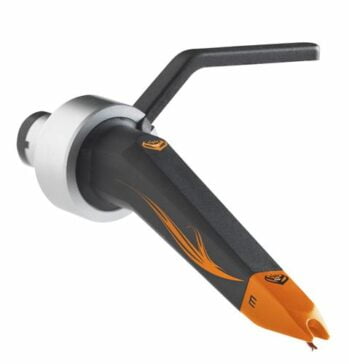 How about an investigation into what DJs hear? Rather than install an Ortofon 2M Red to the PLX-500’s supplied headshell, how about detaching it completely in favour of one of Ortofon’s ‘banana’ direct-connecting DJ cartridges? Going club cart would sidestep the alignment tool, leaving only VTA and tracking force between this listener and his vinyl playback. I buy the PLX-500 (€336) and an Ortofon Concorde Nightclub MKII cart (€126).

Rotational hardware sorted, I walk the twenty minutes from Just Music to Huxleys Neue Welt, a music venue in Neukölln. No band plays tonight. Instead, a CD and record fair organised by Schallplatten CD Börsen whose weekend-long event promises over 200,000 titles for collectors and casual buyers (like yours truly).

I buy up a smattering of the usual, the most expensive of which was stickered at €14: The Best of R.E.M., a career retrospective released in 1991 by former label IRS to cash in on the band’s and Warner’s success with Out Of Time. Elsewhere, I dig out Billy Bragg’s B-side compilation Reaching To The Converted (€8) and Momus’ Don’t Stop The Night (€5). Kitchens Of Distinction’s Strange Free World? €5. 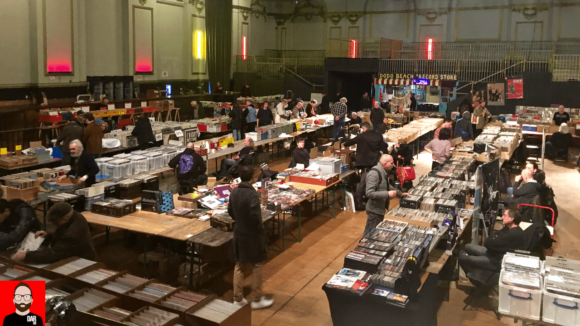 Contemporary electronic music, like that released by Kompakt, is notable by its absence. Perhaps its close proximity to Hard Wax, Berlin’s most well-known electronic music vendor, is why this record fair presents as squarely aimed at rock n rollers.

For fans of David Bowie’s late ‘70s ‘Berlin trilogy’ – Low, ‘Heroes’ and Lodger, only the first two thirds of which was actually committed to tape at nearby Hansa Studios – a sharper eye for separating the bootlegs from the real deals is required. It took visits to three different vendors before a decent and genuine vinyl copy of Low was found. €18.

With the software bagged and half the hardware in place, a heady, head-fi rig will soon be fermenting here in Berlin for yours truly. The stimulus for home-brewed review commentary will soon be ready to drink. Fern…und nah. 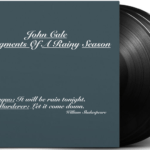 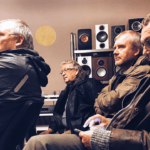