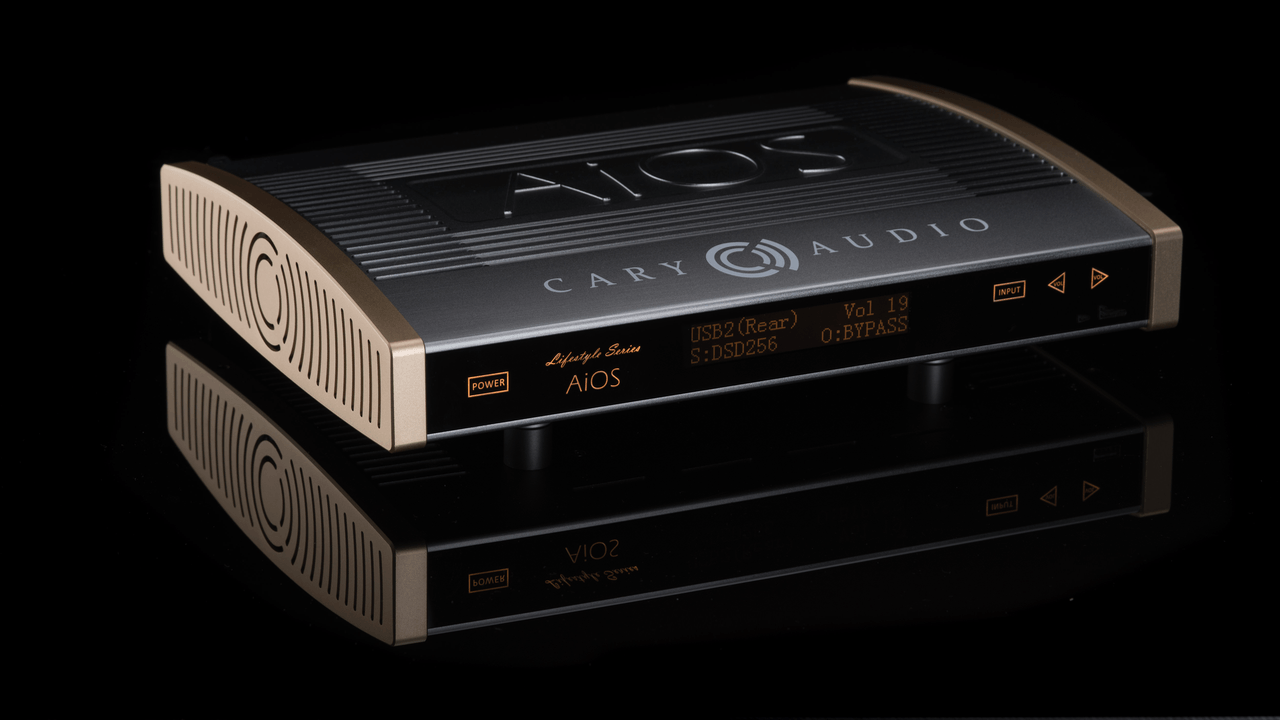 Analogue inputs number two, a pair of RCAs on each. Keeping it analogue, subwoofer and pre-amplifier outputs also show up to the party.

However, the appeal here is inclusivity – all digital sources under one roof: aptX-capable Bluetooth for drop-in guests who simply won’t leave until you hear their new playlist; 3 x USB sockets (1 out front, 2 out back) for the direct connection of external hard- or thumb drives; a front panel microSD card slot for those who load their DAP in a similar fashion.

Connect the AiOS to your local network, either via WiFi or Ethernet, and in comes Tidal, Spotify (presumably controlled via an iOS/Android app) as well as locally stashed content via UPnP/DLNA.

So far, so standard, right?

Cary Audio have loaded their AiOS with a couple of neat party tricks.

The first is Bluetooth transmission. The AiOS can send audio from any of its digital input sources via Bluetooth to any other suitably equipped device. The most obvious scenario here would be the AiOS feeding a pair of Bluetooth headphones. 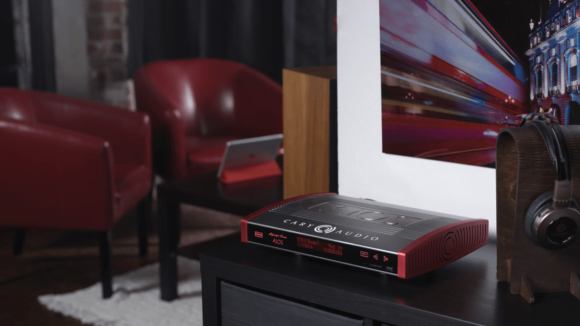 The AiOS’ colour coding doesn’t end there. With the press of a button, the AiOS will change its backlit keys, buttons and centre LCD display to one of six preset colours or one user-specified colour – yes, any colour you like.

That might be a lifestyle step too far for die-hard audiophiles but maybe – just maybe – this isn’t aimed at such folk. It’s for those of us who desire a nice sounding product from a pedigree brand with better-than-average Bluetooth connectivity and colour coding to suit our ever changing moods. Proof then that more mainstream appeal doesn’t necessarily have to hinge on affordability.

Shipping commences in December and pre-orders presently attract a US$500 discount. 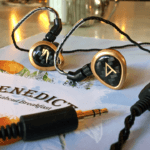 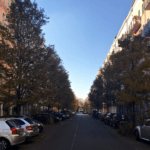