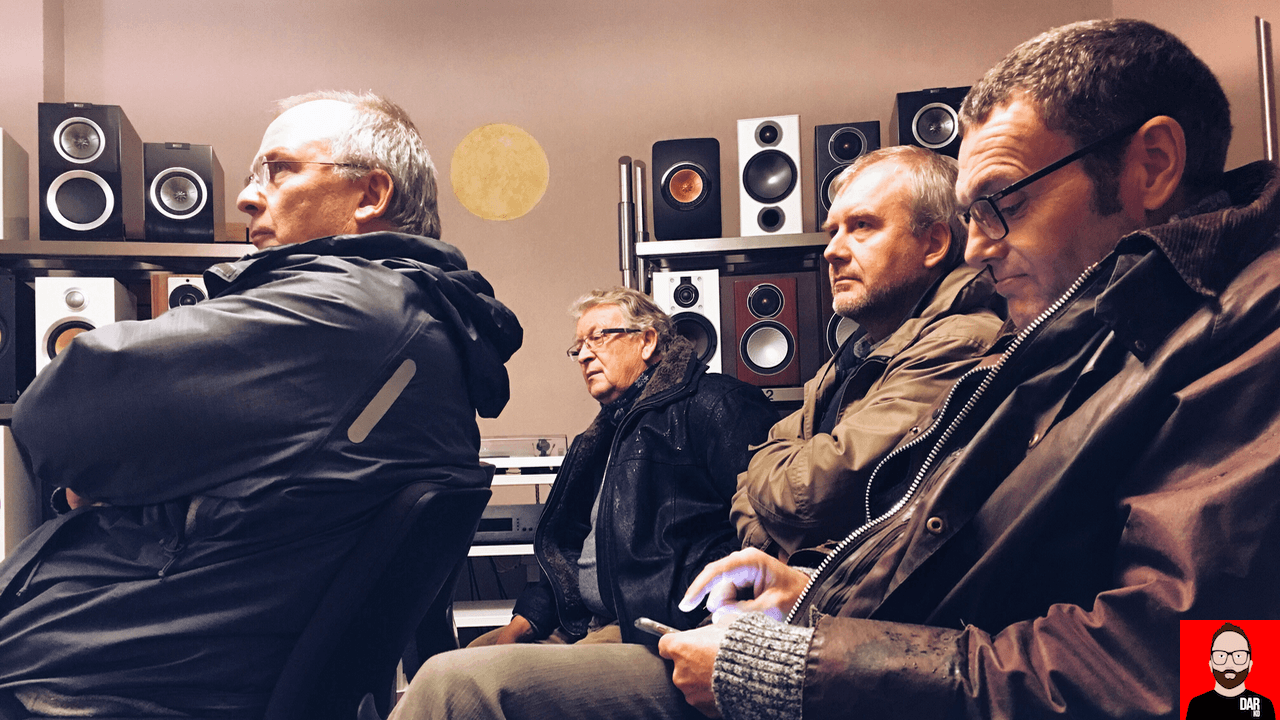 In front of a pair of Bowers & Wilkins 800 D3 loudspeakers driven by Mark Levinson electronics, all fed by an AURALiC Aries streamer, sit two rows of six chairs, not one of which is empty. The room is packed full of dudes, mostly middle-aged – it’s standing room only. Out in the street, more middle-aged fellas queue for entry. Huddled together under a canopy they dodge the rain but not the rapidly falling temperature.

This could be an audiophile meet anywhere in the world. It could be Los Angeles, Sydney or London…but this is Berlin; specifically, Hifi Im Hinterhof, one of the city’s most beloved and largest hifi stores.

On a cold, wet Saturday night, the store’s twelve demo rooms – that straddle both sides of Kreuzberg’s Großbeerenstraße – are set to run after hours until midnight. 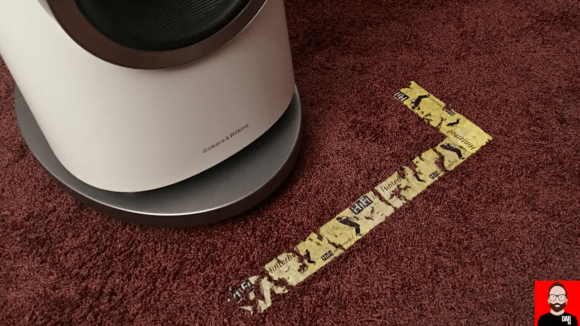 On the agenda are audio gear demonstrations from some of high-end audio’s most well-respected brands: AudioQuest are here to show off their Niagara power conditioners; Naim demonstrate an ongoing marketplace synergy with Harbeth loudspeakers; an entire room is given over to high-end headphones; across the courtyard are the UK’s Cambridge Audio, showing off their streaming media chops.

Tonight in Berlin however, Hifi im Hinterhof aren’t the only ones maxing out their demo spaces. Eight more of the city’s high street hifi retailers will also hold their doors open through to the stroke of midnight.

Joining the dots are half-hourly shuttle buses that take punters from Kreuzberg to Boxen Gross’ Linn Klimax demo and then on to the Dynaudio Contour’s local debut at King Music to a schooling in ELAC/Roon streaming at Hifiplay to Hifi Studio 10’s Martin Logan electrostats (and more).

In other words, a decentralised audio show, already in its ninth year, that sidesteps the setup challenges of hotel rooms and makes use of existing, well treated spaces. One that requires no external agency for its organisation and charges its exhibitors no room rental where appearances (presumably) become invite only.

This store-based audio show concept is rendered all the more potent when we consider the thirty or so rooms that made up the Chester Group’s recent shows in New York and Melbourne. In theory, each of the nine Berlin stores need only offer up four rooms each to top that. In reality, they deliver more.

An espresso and a grappa pull yours truly away before from the shuttle bus but I’ll be back next year for a longer, wider look. 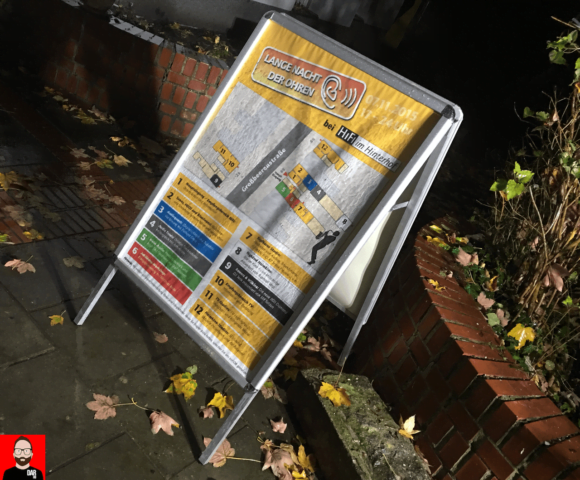 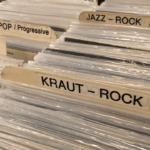 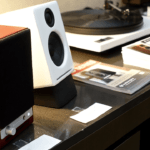