After six years kicking the headphone world in the seat of the pants, high-end audio’s equivalent of the Rebel Alliance are moving into two-channel territory. 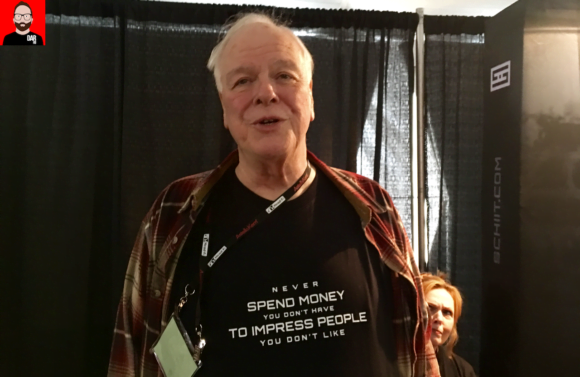 Meanwhile, Jason Stoddard could be found up in the tower on level 2 – the same floor as the affordable demo rooms. How appropriate. Stoddard formally describes the preview of his three new ‘two channel’ pieces as a logical extension of Schiit’s scope. From the straight face, a Schiit-eating grin emerges: one that knows what follows will shake things up among the Evil Empire. 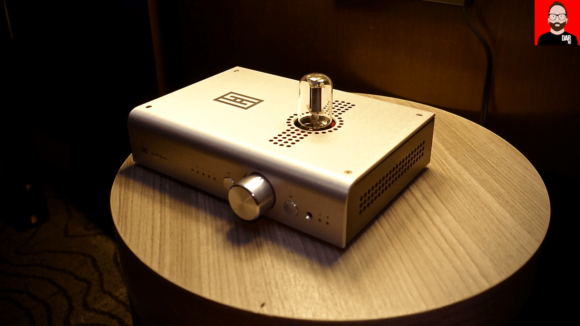 Saga is a US$349 remote controllable, single-ended pre-amplifier with 64-position stepped attenuator than can be run passively or with a 6SN7 tube buffer. That price again: US$349.

Got double the dough? Freya admits one to a balanced, remote controllable preamplifier world, this time with 128 steps of attenuation. The bigger unit can be run three ways: passive; with a JFET (solid state) buffer or via a quad of 6SN7. In case you didn’t catch it first time out, Freya will sell for US$699. 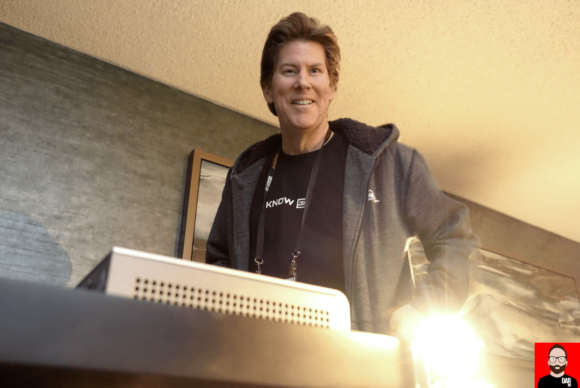 That brings us to Vidar. A Class A/B power amplifier that nets 100wpc into 8 Ohms, 200wpc into 4 Ohms. Other technical smarts include “current feedback, dual mono to the transformer design and intelligent amplifier management”.

According to Stoddard, Vidar won’t go into safety shutdown when hooked up to measurement gear. He was also keen to point out the cooling tunnel that aerates the internals from top to bottom.

Buy two and connect them with balanced XLRs to a pre-amplifier for a pair of monos that’ll drive 400wpc into 8 Ohms. KEF LS50 and ELAC Debut B6 owners, are you paying attention? 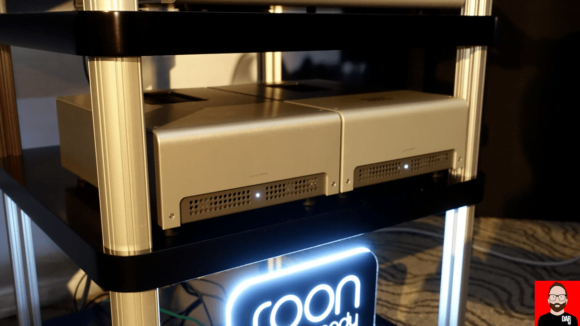 Vidar won’t be available until sometime in Q1 of next year but when it lands each unit will sell for US$699. Made in the USA. Five-year warranty. Such are the benefits of bypassing the traditional dealer network and selling direct to the customer. Everyone wins. Except for dealers.

…but five days later I visited Schiit’s headquarters in Valencia, CA. The obligatory factory tour coverage will follow in due course, as well an MQA-related ‘soliloquy’ from Moffat, but I also asked Stoddard about the company’s first incursion into a world where serious Class A/B grunt and multi-mode pre-amplifiers usually sell for way north of two grand.

Here’s how that most informative and entertaining segment of the day played out: