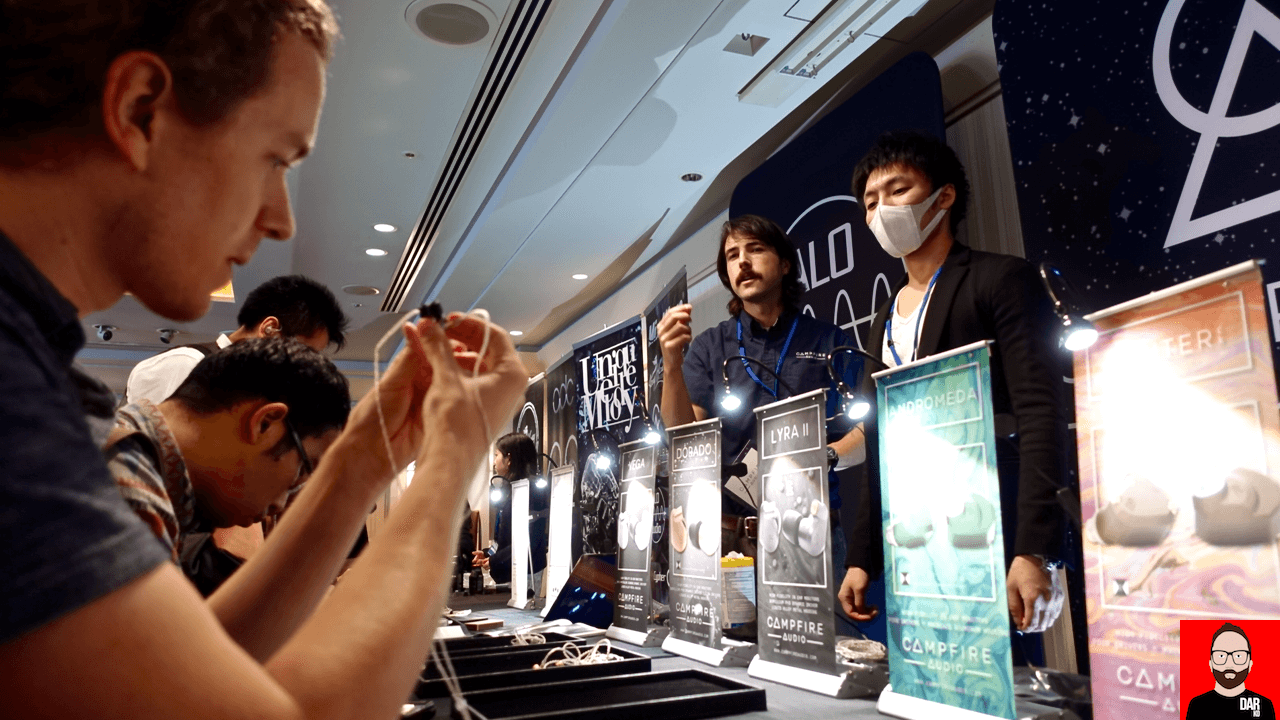 TAEC.That’s not a TEAC typo but the patent-pending technology used by Campfire Audio in their Jupiter and Andromeda IEMs in order to widen the Q of each model’s high-frequency balanced armature driver/s. Is this why I consistently hear the latter as airier and more abundant with spatial cues than when listening to the same playlist of Bowie, Eno, Luna, Joanna Newsom and Monolake via the 1st Generation JH Audio Layla via a Sony NW-ZX2 Walkman? Probably. The Andromeda is what I reach for when I want a listening experience that puts pedal to metal and delivers greater associated engine rev.

Ball’s elevator pitch for his TAEC tech might be: “a supercharger for your high drivers”.

Via email he elaborates: “Its basically a internal air space that sits right on the drivers output. The volume and shape of the air space will act as an acoustic resonator that extends the high frequency of the dual high drivers we use. This air space is a very tuneable tool and can also be used to attenuate resonance peaks.”

“Because your HF is extended on both ends of the HF curve this allows me to also let my woofers go all out. Normally you would not want to do this as tuning a IEM is all about a delicate balance of low mid and high frequencies. Too much of one will make for a bad sounding IEM,” he continues.

As an audio designer, Ball is as diligent as they come. He’s also careful about not throwing fresh findings into everything that he makes. Applying the TAEC resonator to the single BA Orion reportedly made it sound worse.

In case you were wondering TAEC stands for ‘Tuned Acoustic Expansion Chamber’. It does what it says on the tin. 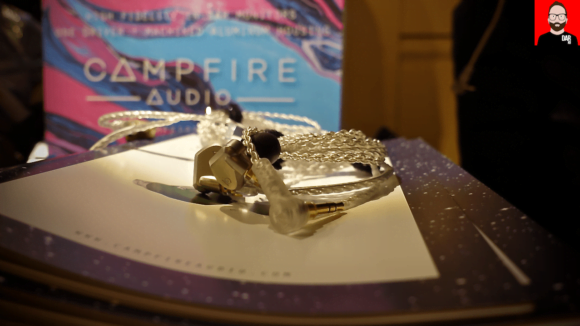 With a range of four balanced armature IEM models in the bag and selling (apparently) extremely well, one might think Ball would draw a line under product development, especially in the wake of recent news that his other brand, ALO Audio, has begun shipping the long-awaited Continental v5 portable amplifier and inked a co-branding deal with Westone Audio to include his ALO Reference Super 8 IEM cable inside the box of each pair of W80.

That Ken Ball also deals in amplification and cables might make him portable audio’s renaissance man. He dresses accordingly – rolled up jeans, crisp branded workwear shirts – and his sense of humour remains dark and self-deprecating throughout our show-based conversations. The tales Ball tells about overcoming or sidestepping manufacturing hurdles and roadblocks would make Jerry Harvey wince.

At Fujiya Avic’s Autumn headphone festival, Ball and offsider Caleb Rosenau man a table that, at one end, lines up Campfire Audio’s quartet of balanced-armature models: Orion, Nova, Jupiter and Andromeda. Four takes on a BA design, each with their own unique sound signature and appearance.

Right off the bat, Ball says that his intent is to “make earphones that look as good as they sound”. Machined aluminium enclosures, all made in Oregon, are the order of the day. The design aesthetic is none too masculine and a long way from the ‘chewing gum’ acrylic seen spilling from more of run-of-the-mill manufacturers. 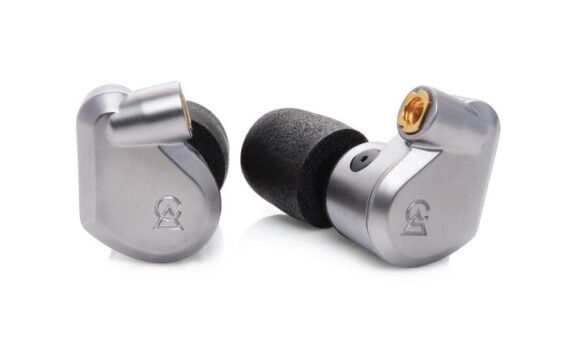 Tokyo’s treat is the official launch of three new Campfire Audio IEMs. As good a time as any then to sit down with Señor Ball and talk materials and why they matter.

The Lyra II (US$699) puts its predecessor’s 8.5mm beryllium PVD dynamic driver into a new suit of liquid metal alloy. On this, Ball says that the audible changes between v1’s ceramic and v2’s liquid metal are small but both sound markedly better than their acrylic prototypes.

The copper-toned Dorado (US$999) takes Lyra II’s liquid metal shell and beryllium dynamic driver before adding 2 x BA drivers plus the afore-detailed TAEC resonator. The result is a hybrid design that, to these ears and with the caveat of show conditions, approximates the warm, rich thrill-ride of the FitEar Air.

What I didn’t expect to hear ace was another newcomer, the Vega, ace the Dorado on presence region ultra-brilliance. The Vega specifies a single diamond-coated dynamic driver and sells for US$1299.

My pick of the three (and by quite some margin) is the Vega but that comes with a word to the wise: steer your Vega toward high/er quality amplification and avoid upstream electronics that come on as dry/bright. Both the Lyra II and Dorado will likely offer a little more forgiveness in this respect.

Oh – all three dynamic dancers ship with Campfire Audio’s superior-sounding and less tangle-prone Litz wire. All are PVD finished. All three are preferred by this tech-head over and above the BA models for adding a dollop of creamy wallop to Biosphere’s Microgravity or Kraftwerk’s The Mix, all without washing away the deeper detail dig, especially that effected by the Vega’s slightly more caffeinated lower treble.

In Tokyo, I likened the fundamental differences in the Andromeda and Vega’s gestalt to that of freshly grated wasabi versus the synthetic paste: the former’s more organic vibe versus the latter’s more overt intensity.

Our story doesn’t quite end here. Ball has full-sized headphone models waiting in the wings (read: under the table). They too will make use of beryllium- and diamond-coated dynamic drivers and ship in attractive zip-lock carry cases.

Is there anything Ken Ball can’t – or won’t do – when it comes to making the world of personal audio a more stylish and aurally attractive place? 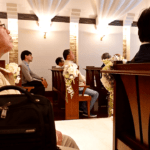 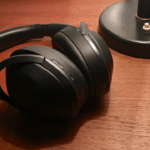