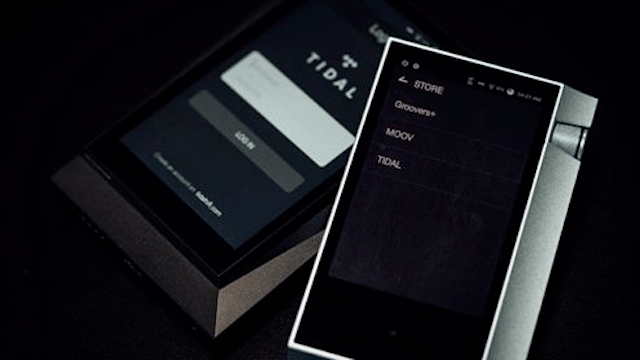 At T.H.E Newport Show 2015, Astell&Kern’s Californian marketing team claimed that Tidal support was merely weeks away. But no, nothing. At RMAF a few months later, this reviewer was made privy to a ‘work-in-progress’ Tidal demo running on an AK120 II. Then nothing again – and the news trail went quiet.

Since Tidal’s launch at RMAF 2014, many American audiophiles have gone ga-ga for the lossless tier. US$20/month for all-you-can-eat Redbook streaming from a library of 35m+ songs. Taking that out into the street with high performance playback quality meant either a smartphone (w/ optional dongle or Bluetooth DAC) or a DAP running Android and with Google Play Store (or Amazon store) access. Astell&Kern users were left out in the cold.

This time out we even have photographic evidence (see above) in which the tidy shot shows Tidal will soon join MOOV and Groovers+.

Henry Park, CEO of IRIVER, parent company of Astell&Kern said, “With the TIDAL integration, we are providing users with the best hi-fi streaming service available today.  We are very excited to offer this service to our loyal customers. Astell&Kern feels the addition of Tidal will help reach new audiences who want to receive their music selection delivered this way. Astell&Kern is always looking for new ways to provide music lovers with the best way to enjoy music at home and on-the-go.  Our line of high-resolution audio players is considered to be the best money can buy so we always want to be a part of the latest and greatest options currently available for music.”

TIDAL support will be available via an OTA firmware update and will roll out in tiers to Astell&Kern’s full product line, starting with the AK70, AK300, AK320 and AK380 portable high-resolution audio players.

Astell&Kern products can be purchased online directly at us.astellnkern.com and are found at high-end audio retailers around the world.

Astell&Kern is the audiophile high-end brand from IRIVER and was launched in October 2012. Included in the current product range are high-resolution audio players such as the AK Jr, AK70, AK100 II, AK120 II, AK240, AK300, AK320 and AK380, which can play back high-resolution music signals up to 32 Bit/384 kHz. With Mastering Quality Sound (MQS) and audio formats such as DSD, Astell&Kern players provide the highest sound standards. Astell&Kern’s lineup also includes accessories such as a full line of In-Ear monitors and headphones, Astell&Kern portable player docking stations, Bluetooth remote controls and home audio products including the 500N Network Music Server and AK T1 all-in-one sound system. 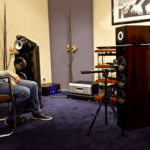