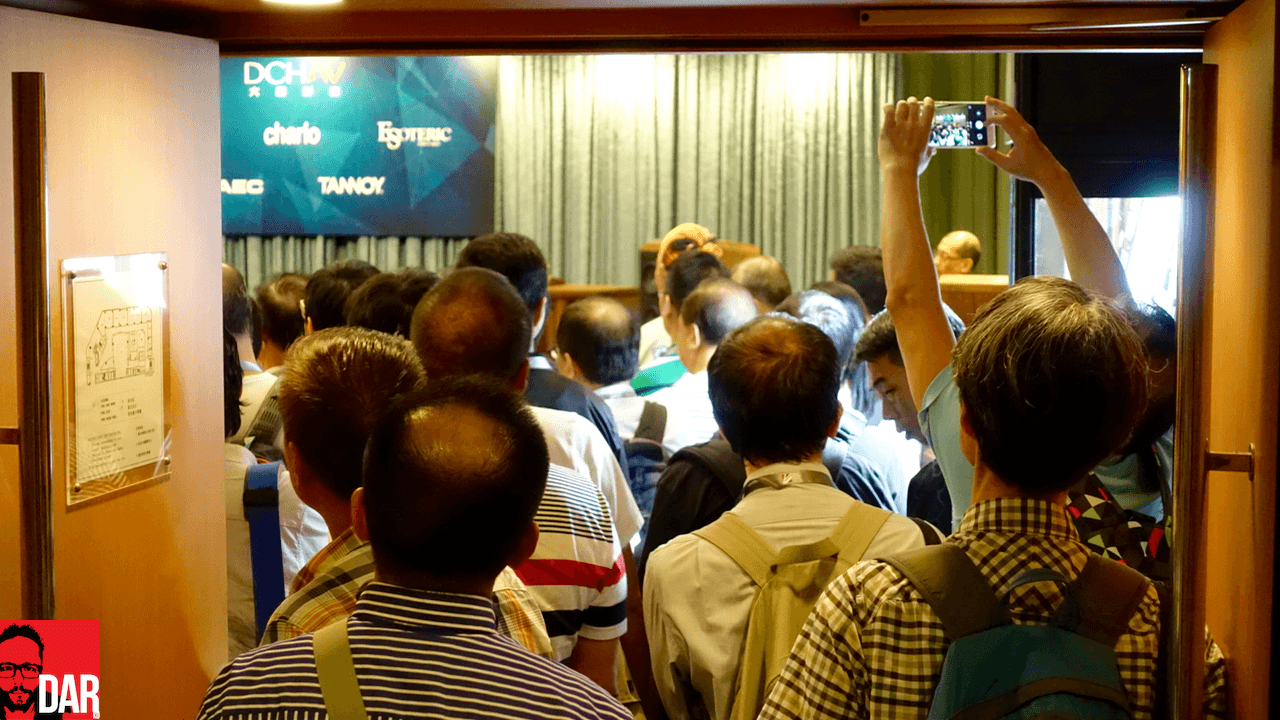 Three words to describe Audiotechnique’s Hong Kong High-End AV Show 2016? Busy, busy and busy. Day one tells us that this audio show isn’t the biggest in the world in terms of square footage but it’s certainly the best attended.

On Level 3 of the Hong Kong Convention and Exhibition Centre in Wan Chai, an open plan hall crosses (and downsizes) Munich’s Halles with CES’ Las Vegas Convention Centre to host a 50-50 split of portable audio and two channel. Not all displays lay exposed to the hall’s humdrum but several prefabricated listening rooms attracted lengthy queues. No more than the positively epic line for the show itself!

This video does the walking and talking:

For the $eriou$ stuff we move to levels 2 and 4 and their dedicated listening rooms — considerably larger than those of your average hotel-based show. Good, right? Not quite.

Anyone hoping to audition gear, even on a basic level, must negotiate the hordes of punters who often spill out in the hallway, craning their necks for a glimpse of the action. And more people also brings more extraneous noise.

A small minority of attendees seem to think nothing of puncturing demos with idle chatter or a mobile phone conversation.

Seeing so many people passionate about high-end audio in one place is a mixed blessing. Want to sit down and listen? Not a chance. Want the sweet spot? Fuggedaboudit!

Could it be then that the Hong Kong Hign-End audio show is more about looking than listening? 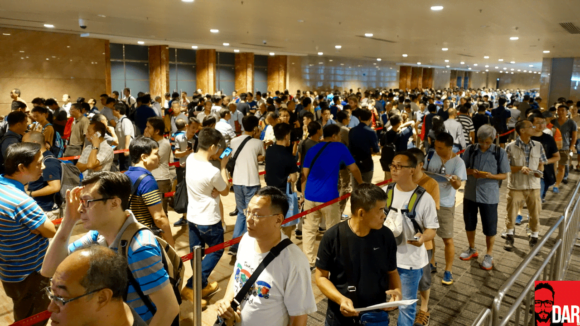 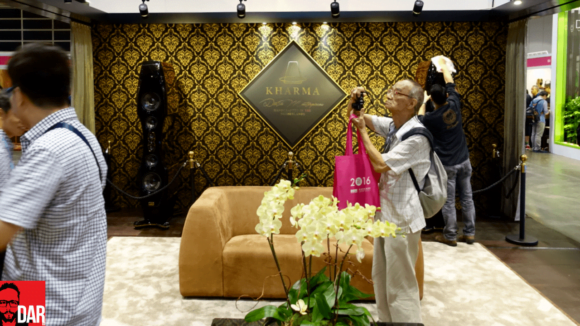 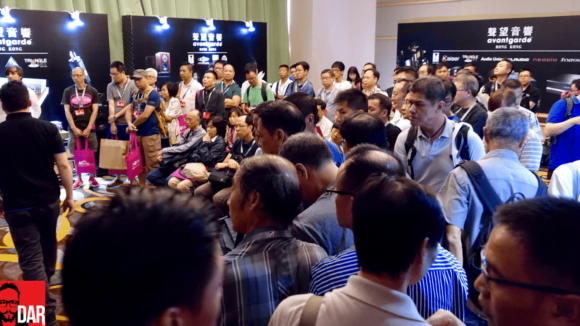 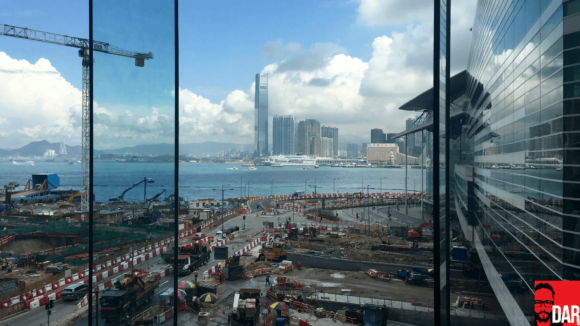 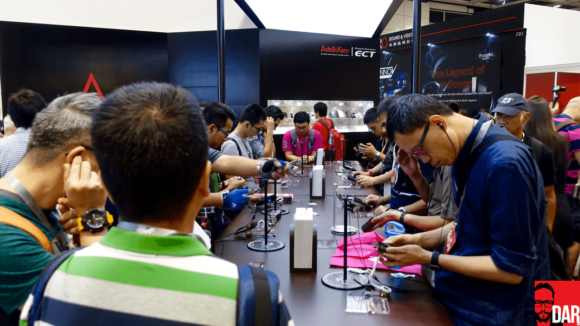 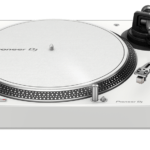 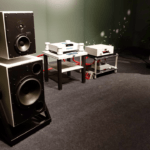