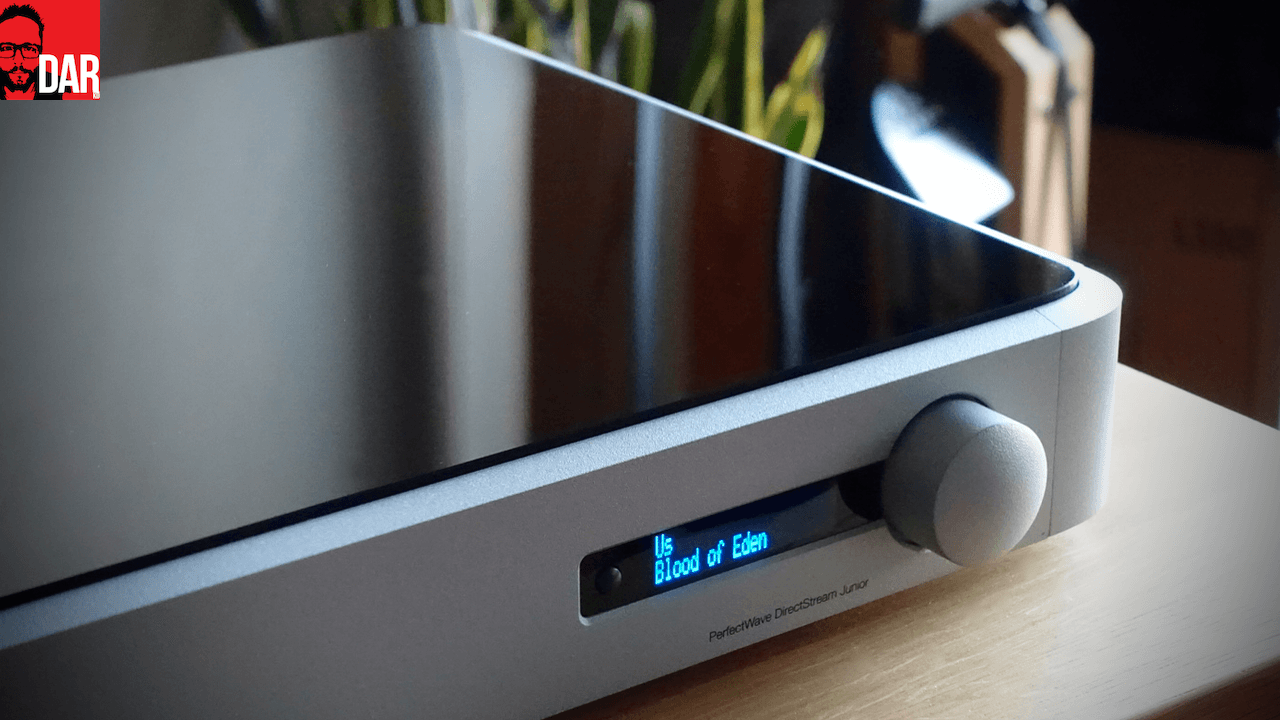 Continuing with our R theme, a remix, remaster and radio edit of that same converter’s review summary: a DAC that doesn’t shout about what it’s found; an absence of PCM tang; a veritable bounty of textural information; comes on like a reassuring hug from Mom; mellow and understated; sumptuous. Most of all, the DirectStream is the goto D/A converter below US$10K for vinyl fans who find digital playback too rigid and uptight.

How did we get here?

According to Smith we start at the end. “…the simplicity of a passive output filter to convert digital to analog was and is very appealing. I started out designing a DSD DAC and since I’m a software guy using an FPGA was a natural way to avoid repeated board turns. By its very construction all it takes to convert DSD to analog is a low pass filter. After I had an FPGA on board I threw on PCM inputs almost as an afterthought and assumed I could then code the conversion of PCM to DSD.”

Smith runs his digital filter from an FPGA, which converts all incoming data streams, including PCM, to a 30-bit 28.224MHz digital signal, applies volume attenuation and then converts the signal down to 1-bit 5.6448 MHz DSD before buffering it into an transformer-powered output stage. A single VXCO clock handles the bitstream’s exit timing. Beauty in simplicity.

“The math is weird and not easy to visualize,” says Smith.

As a result of extended post-review DirectStream playtime, I would add bold dynamics, larger than average soundstaging, opulent spatial cues and S e p a r a t i o n with a capital S to the DirectStream’s list of audible qualities. 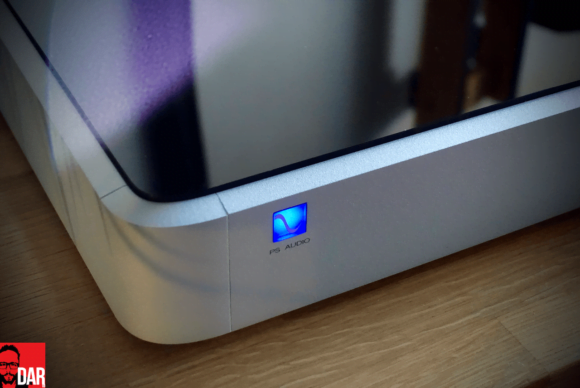 Such are the rewards of longer term ownership and exposure to PS Audio’s ongoing series of firmware upgrades. The finer details vary with each subsequent iteration of the DirectStream’s firmware – from the numerical versions to Pikes Peak to Yale to Torreys (the latest) – but application of one doesn’t preclude roll back to another. PS Audio host all DirectStream firmware versions in a website archive.

The upside for the end user is access to three or four ever-so-slightly different sounding DACs for the price of one but for reviewers it means hitting a moving target.

In attempting to make Ted Smith’s FPGA-fuelled DAC implementation more financially accessible, PS Audio rejigged the board design, lowered the casework’s profile and swapped out the touchscreen in favour of a more rudimentary display. The internal menu is accessed via an infinite rotary and selector nipple.

The DirectStream Junior – aka DSJ – sells for US$3999 and just like Big Daddy it is made at the PS Audio factory in Boulder, Colorado.

DSJ remains an FPGA-centric decoder and inherits its Father’s digital filter as is. “The FPGA code shares almost all source files unchanged. [It] is essentially Yale but with a few changes to talk to the new host processor code. AUTO input monitoring aside, it’s the same [as DirectStream] operationally and does the same bit munching,” says Smith. Just like the DirectStream, the DSJ re-samples all inputs before processing.

A far deeper technical exposition of the DSJ’s internals can be found in the first seven introductory pages of its user manual.

On the DSJ’s back panel, a single I2S HDMI socket – one less than the DirectStream – plus one each of AES/EBU, coaxial, asynchronous USB and Toslink. Outputs include a pair of balanced XLR and a pair of single-ended RCA. 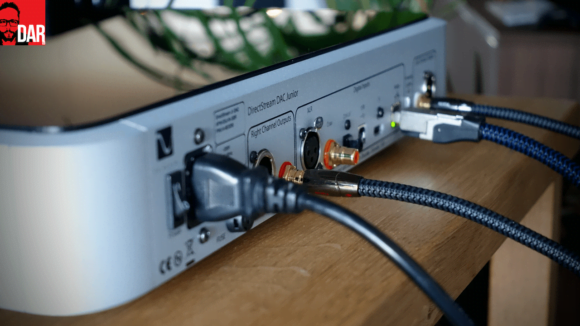 Let’s be clear from the outset, the DSJ is no Godzuki.

Listening via the single ended outputs hooked up to a pair of Red Dragon S500 monoblocks and driving KEF LS50, the DSJ comes on as every bit its Father’s son. Whatever is lost to a lesser output stage – “15%” according to the manufacturer – doesn’t translate to a fundamental shift in the DSJ’s sonic DNA; we still get kick-ass dynamics, clean layer separation and a richness that tops a slight hint of caffeination with a short layer of cream. Macchiato to the AURALiC Vega’s double espresso.

Comparing it to a pair of high scoring (but less costly) decoders, the DSJ is a moister cake with a broader range of flavour subtleties than the multibit Schiit Gungnir. It’s also more expansive in soundstage drawing and propulsive in the lower bass than the Aqua La Voce S2.

It’s worth noting that the DSJ and the Vega are the only decoders (so far) in our field of comparators to offer DSD support, a format that whose levels of message board chatter now more accurately reflects its catalogue size: minimal. 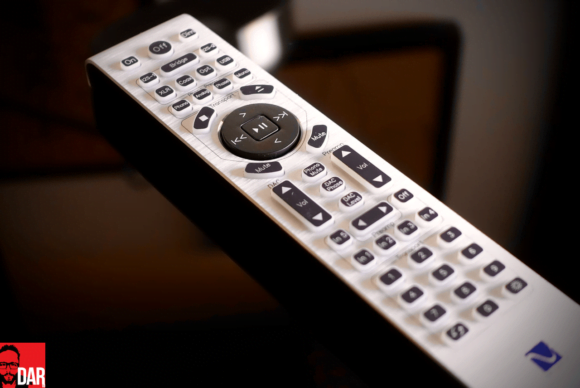 Heading back up the high-end DAC tree, the DSD-capable Resonessence Labs INVICTA (US$4999) plays it drier, harder which, like the Vega (only less so), displays more evidence of espresso-charged caffeination within its high frequency transient delivery. The DSJ connotes greater effortlessness – and less nervous tension – when delivering similar levels of acrobatic macro dynamics. Here these two rivals are separated by their qualitative differences rather than one being better or worse than the other.

Faced with the absence of headphone socketry on the DSJ, ear-freaks will prefer the Canadian for its pair of 6.4mm holes but like the DirecStream, the DSJ is a DAC that diehard vinylphiles might be more readily drawn to.

Junior’s sound is more different than it is similar to FPGA-loaded rivals from the UK’s Chord Electronics. The Hugo/Mojo both play it more skeletal on acoustic mass and are more likely to call for a downstream thickening agent will the DSJ. 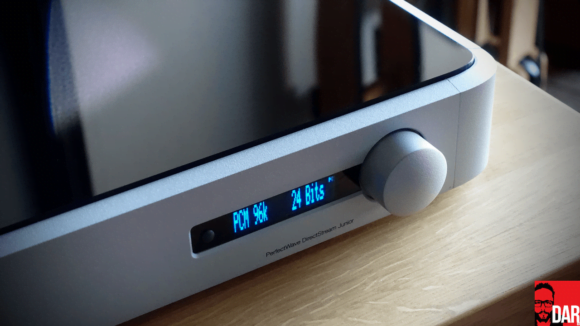 The PS Audio unit is also my preferred choice when going DAC direct into a power amplifier. If only the Vega or INVICTA offered a remote-switchable high/low analogue output level to prevent the deep digital attenuation that erodes resolution and squashes soundstage height; alas, they do not. Switching the DSJ over to low output when driving the Red Dragon monoblocks saw robust SPLs spill from the KEF LS50 standmounts at between 80% and 95% on its OLED dial.

Feeding it with a Macbook Air via Curious USB cable, the DSJ will readily expose Audirvana+’s audible superiority over iTunes.

The USB input also enjoys some improvement to overall avidity when either iFi USB iPurifier or Wyred4Sound Recovery are applied. Tinkering with third party streamers and their power supplies is there if you want it and you don’t need me to tell you that the Antipodes DX Gen 2 delivers lower eyelid glare than the Sonore’s SonicOrbiter SE.

You can drive yourself ‘round the bend investigating the many hundreds of streamer permutations should you so wish but, as I’ve said previously, you don’t keep a dog and then bark yourself. 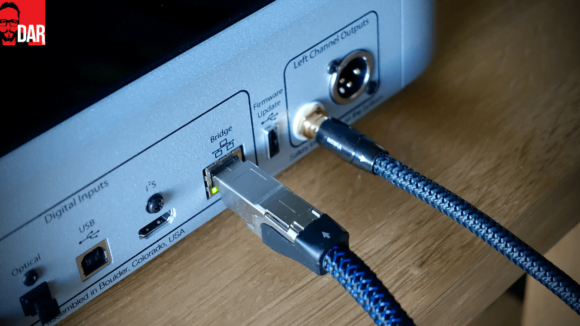 PS Audio’s Network Bridge II – a US$895 optional add-on to the original DirectStream – is cooked right onto the DSJ’s uniboard. An I2S link connects the Bridge II directly to the business end of Ted Smith’s software-loaded FPGA and output stage.

At its February launch date, that meant UPnP/DLNA compatibility only; fine for JRiver owners but a slice of meh for everyone else (myself included).

In late July 2016, the Bridge II was finally annointed as Roon Ready, punctuating this audiophile’s “What if?” train of thought (as it related to third party streamers) with a fat full stop [US translation: period].

[Side note: firmware updates to the DSJ are installed via USB stick rather than the DirectStream’s SD card method. Same horse, different jockey.]

With a Roon Ready streamer built right into the DAC we see external choices and their associated USB and S/PDIF cable connectivity more readily evaporate.

Despite its US$119/year expense, Roon takes the pain away. Audiophile nervosa, cured.

Connect the DSJ’s Ethernet port to a router and install Roon (Core) on any network-connected computer. The latter will automatically find the former and even the most non-IT-minded listener will find themselves up and running with network streaming in moments, not minutes. I run Roon on a NUC with a music-filled, USB hard-drive directly attached. It streamed to the DSJ without a single hitch. 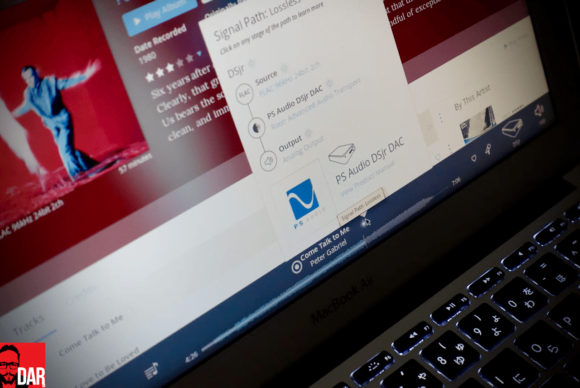 But it gets better. Album name and song title info are displayed on the DSJ’s OLED display – a nice touch – but where this unit’s user-friendliness really takes us into orbit is with volume attenuation. Not only is the tactility of the DSJ’s rotary more enjoyable than the more finicky finger-drag of the DirectStream’s touchscreen, the DSJ’s volume control enjoys two-way communication with Roon’s. Move Roon’s volume slider on an iPhone or Macbook and watch the volume change on the DSJ itself. Turn the DSJ’s infinite rotary and watch the Roon slider move.

The upshot is that PS Audio’s infra-red wand can be parked permanently once the output level is set and the network input selected. All remaining tasks – play, pause and volume – fall to Roon’s smart device or desktop apps.

Returning momentarily to third-party add-ons, the Antipodes DX Gen 2 wired into the DSJ over USB sounds a little richer here, a little smoother there – the DSJ comes on as more direct – but the Antipodes’ single-digit percentage amelioration is a tough sell when faces with its US$6500 asking price, not to mention its own rack space demands. A box that can’t be easily tucked out of sight spoils the DSJ’s unified simplicity. In this context, the finely-tuned digital output of a music server becomes a much tougher sell.

The DSJ, when combined with Roon, marks a turning point in home-based network audio. Roon makes DAC/streamer setup a breeze. Its interface is easily the most intuitive out there right now – the only audiophile-centric music player and library manager with proper Sonos-grade (read: mainstream) appeal. This is a high-end audio solution that our parents could use. Stupendous sound, fuss-free, intuitive and highly relatable.

Even for Roon refuseniks who prefer to traverse USB or S/PDIF on their own terms, the DSJ, like its Father, still delivers on the three Rs: rich tonality, robust dynamics, revealing of low-level detail, textural information and spatial cues. What a winner! 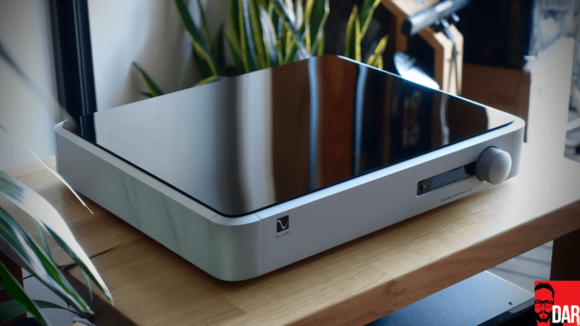 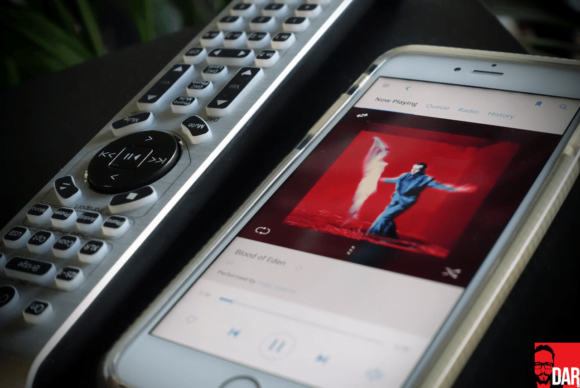 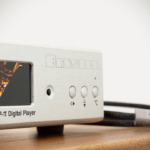 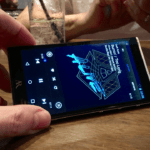