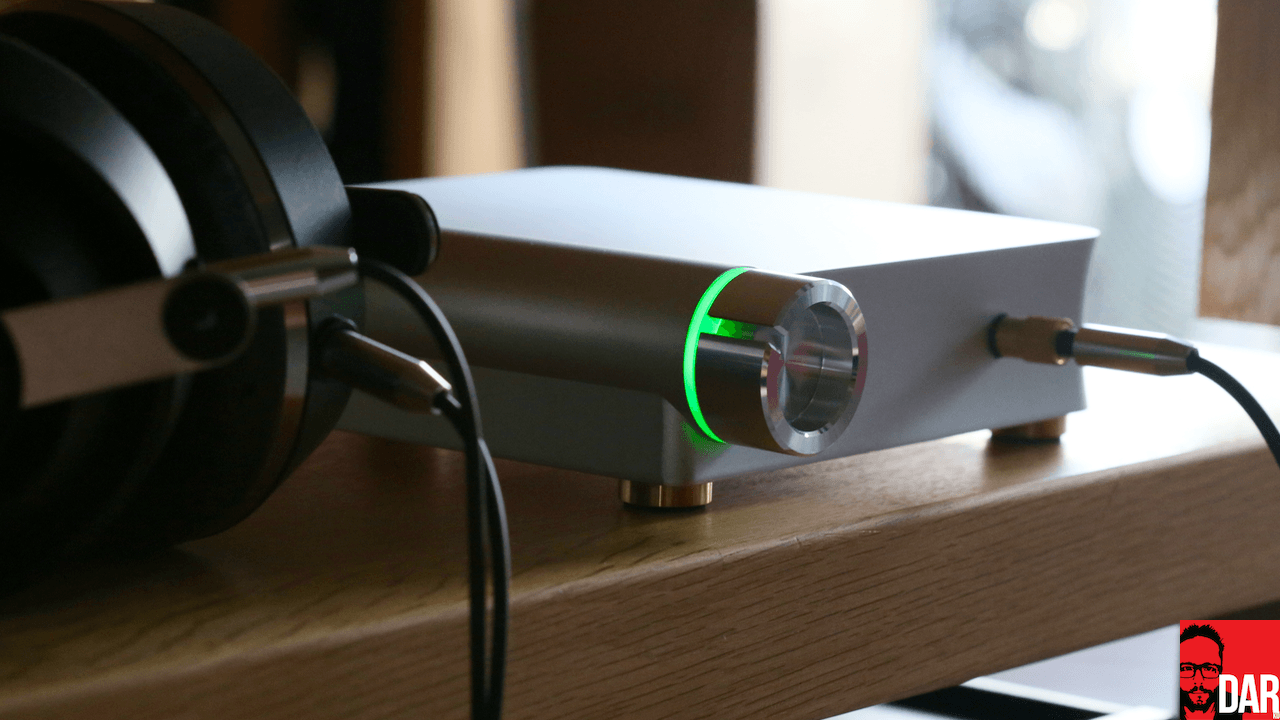 Potafesu, Tokyo. December 2015. The Diana Krall album propped up behind an 11” MacBook Air hollered “Nothing to see here” to this showgoer. Ditto the iPhone app promising The Eagles’ “Hotel California”. Ignoring the alarm bells and spying the Technics SL-1200, I moved closer…

Between turntable and laptop sat KORG’s DS-DAC-10R (US$599). To the casual drive-by inspector, it’s a USB-powered DAC and headphone amplifier with contemporary stylings. The volume pot is encircled by a colourful LED glow that indicates the incoming sample rate.

Rated by the manufacturer as serving 75mW into a 32 Ohms load, the KORG’s 6.4mm output socket sits somewhere between AudioQuest’s DragonFly Black (US$99, 45mW) and the better specified Red (135mW, US$199).

The KORG won’t win any price-bracketed awards for driving more challenging loads and if all you’re after is a USB DAC and headphone amplifier then the DragonFly Red is easily the better choice for PCM up to 24bit/96kHz and the Resonessence Labs Herus for anything above, including DSD.

However, headphone drive and D/A conversion are sideshows to the main event: the DS-DAC-10R is also an A/D converter that, when used in tandem with the company’s own AudioGate software application, provides digital audio encoding in PCM up to 192kHz, DSD64 (2.8Mhz) and DSD128 (5.6MHz).

On the floor in Akihabara, KORG could be found conducting live demos of their DS-DAC-10R’s vinyl ripping and playback capabilities. The SL-1200’s output was connected directly to the DS-DAC-10R analogue input which in turn pushed the digitally encoded signal over USB into AudioGate 4.0 running on an Apple MacBook Air.

Recording complete, this same app takes care of the freshly minted file’s playback, again in PCM up to 192kHz, DSD64 (2.8Mhz) and DSD128 (5.6MHz). On-the-fly up/down-sampling is yours for the taking.

One might reasonably ask: why rip vinyl? Why own a dog and then bark yourself? The Potafesu event provided the necessary portable audio context: to take the sound of one’s favourite turntable and phono stage out of the house with DAP or smartphone.

KORG’s own iAudioGate (US$9.99) lends a helping hand to iOS users but any hi-res content played back via an iPhone or iPad’s own audio circuitry will be down-sampled to 44.1kHz or 48kHz. A Chord Hugo/Mojo (or similar) will handle digital extraction for full exploitation of the app’s hi-res potential: PCM (up to 192kHz) or DSD (up to 11.2MHz).

A wide selection of hi-res-capable playback apps present for Android users but again a third party DAC is required for breaking through the smartphone’s own decoder chip ceiling.

This is where DAPs from the likes of Sony, Astell&Kern and Pono get a serious leg up. Hi-res file playback is baked into their circuitry.

Besides, not every vinyl-ripper has one eye on portability. A few months earlier I’d learned from one of Japan’s most respected audio reviewers that some of the country’s more fastidious record collectors often play their new records only once before storing them away, sometimes never to see a needle dragged through their grooves again. This first and only spin is used to digitise the turntable’s output.

Such digital time-shifting is mandatory for Devialet Phantom owners who don’t wish to drop between one and two thousand dollars on a digitising phono stage. 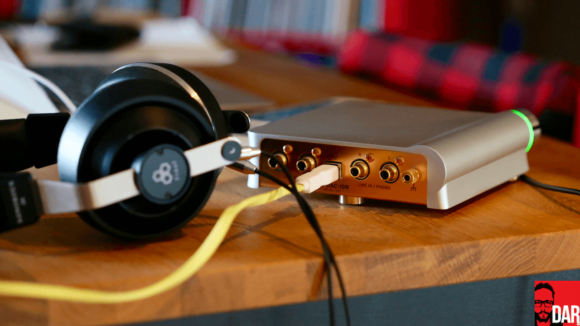 With “phono” optioned from the appropriate drop-down in AudioGate, a turntable’s output can be directly connected to the Korg’s back panel. For those who wish to add a phono stage to the mix, this same RCA input can be re-configured to a line level input via the same drop-down menu. MC cart runners have their hand forced here; the DS-DAC-R’s input impedance as phono is set at 50k Ohms and therefore calls for the upstream cartridge to spill with 2.5mV-ish.

According to the DS-DAC-10R’s circuit designer Naohiro Oho, the incoming signal meets with a “flat characteristic amplifier” before arriving at the ADC. EQ curve correction to MM signals is executed in the digital domain in AudioGate itself. The RIAA option will suffice for all but the oldest pressings.

As such, the DS-DAC-10R box is used to upgrade AudioGate to the full version, adding the DSD and “high-quality conversion” functionality required to converse with the 1-bit capabilities of the KORG unit’s internal Texas Instruments PCM4202DBR ADC and Cirrus Logic CS4398-CZZR DAC chips.

(Note: AudioGate 4.0 Lite is available as a free download for use with non-Korg hardware but its sample rate compatibility is restricted to 44.1kHz or 48kHz PCM).

This might not strike the right notes for DSD purists and it might also be of concern to everyone else if the resulting DSD rips didn’t sound sonically superior to any PCM equivalent creatively natively or downsampled/dithered using AudioGate’s file export function. I’m pleased to report that they do. DSD-encoded vinyl rips deliver more ambient information and spatial cues on top of more readily discernible layer separation.

As a format, DSD has no place in the streaming world because of its enormous file sizes but as an archive format for vinyl rips, it earns its keep. The storage cost of each DSD64-encoded 20-minute side of vinyl runs close to a gigabyte.

Is the DSD rip transparent to its vinyl-turntable source? An unanswerable question! Why? The digital rip must first make its way through a D/A converter before it meets the amplifier. This means varying degrees of colouration from the DAC’s receiver chip, re-clocker, decoder chip and output stage. DAC considerations go with the digital ripping territory. For some, they’re this process’ raison d’etre. 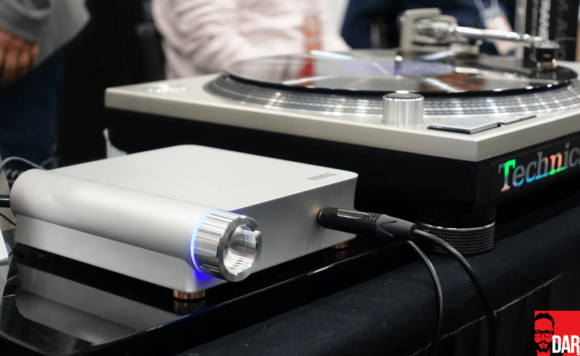 The DS-DAC-10R’s headphone socket and line-level output can be used to monitor the rip as it progresses or plays it back once recording stops. Either way, the sound is the same – the KORG unit’s internal DAC is put to work in both cases. A quick hit of ‘Rec standby’, the equivalent of a paused record, gives us a listen to an on-the-fly encode/decode without committing any data to the hard-drive. Useful!

The DS-DAC-10R gets its go juice from the USB bus so it’s easy to move from hi-fi rack to work desk and back again.

However, by configuring Roon to watch AudioGate’s destination folder, I can let those same DSD files fly free by having Roon fire them at a DragonFly Red connected to my desk-chained MacBook Air or at the Roon Ready PS Audio DirectStream Junior sat below the KORG box in the rack, all without any additional file manager copy/paste. Roon takes care of the downsampling required for AudioQuest dongle compatibility.

This brings us to our first and only quibble: when encoding to DSD, AudioGate creates DFF files which cannot be tagged for use outside of the app itself. I renamed the destination folder files according to album name and side e.g. “LiveRustD”, thus breaking any links with AudioGate’s own internal database.

The source files in AudioGate’s destination directory don’t reflect the changes made in the application itself. Any in-app written album/artist tags, file merges and track splits take place on (KORG’s own) meta level. 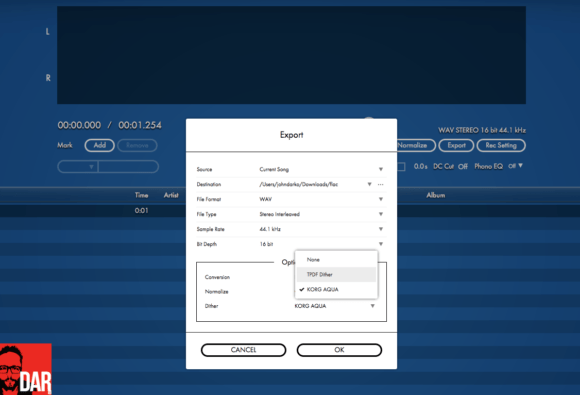 AudioGate’s file export function gives us the best of both worlds. It does exactly as you’d expect, allowing us to create a second copy of the rip for use in Roon, Audirvana+, JRiver or whatever, all whilst keeping the ‘master’ tucked up inside AudioGate.

Here we see yet more file flexibility: export options present for up/down-sampling and the dither algorithm used: TPDF or KORG AQUA. (Any differences between these two algorithms remains beyond the scope of this coverage).

Mercifully, there are no wizards to plough through. AudioGate’s clean intuitive UI makes for a pleasurable experience – one that’s generally in short supply in the vinyl-ripping world and unheard of at the DS-DAC-10R’s asking price. What a pleasant find. 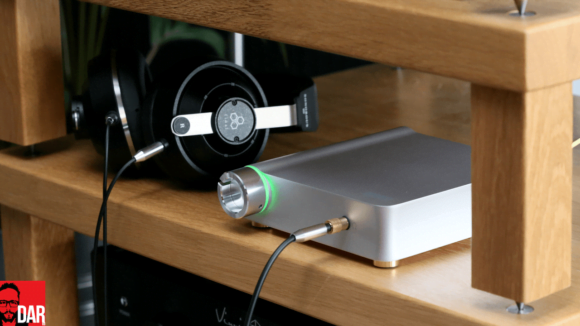 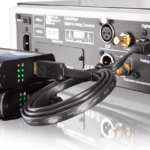 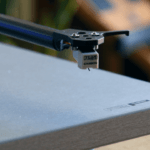