The most talked about standmount loudspeaker/s of the past twelve months is almost certainly ELAC’s Debut B5 (US$250). Pulling up in second place is the same company’s Uni-Fi UB5 (US$500). Why? Not simply because they each offer outstanding performance for the money but because their designer Andrew Jones knows how to woo the audiophile press with interesting demo music – deadmau5 and RATM played either side of a classical piece at CES 2016 – and his Yorkshire charm.

Before the Jones-fuelled ELAC, it was the KEF LS50 that enjoyed much of the limelight. Interested parties needn’t catch brand ambassador Johan Coorg’s carefully curated audio show demos – although it no doubt helped. The LS50’s coaxial driver array (also seen in the UB5) radical looks (not seen in the UB5) spoke for themselves: “We’re not like the others,” they whispered.

Lie they did not. KEF’s US$1500 standmounts conquered the entry level conversation soon after their 2012 launch, after which they and GP Acoustics’ accounting department never looked back. The front baffle’s ‘50th Anniversary Edition’ text was quietly removed and production was extended indefinitely and so beyond the initial twelve month window.

Last year, a limited run of coloured LS50 saw this reviewer, a long-time fan, trade up from black to red. I’ve had pair of these KEFs knocking about DAR HQ for the best part of four years now.

However, it’s been three years since I suggested three affordable amplifiers as possible dance partners and emails asking about the same continue to roll in. Time for an update, but this time out with one eye on the ELAC affordables [see Footnote 1]. 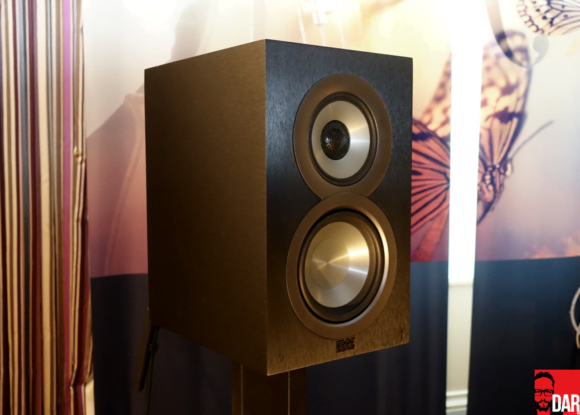 As alluded to by Andrew Jones in our conversation at Munich High End 2016, the UB5 share the LS50’s thirst for power, which often leads to a sting in each loudspeaker model’s affordability tail.

At CES 2016, Jones debuted the Uni-Fi UB5 with “$4000 worth of” Audio Alchemy electronics. He used the same six months earlier at Rocky Mountain Audio Fest. At the Debut B5’s Newport Beach (err) debut, Jones drove them with a Bel Canto C7R whose street price of US$3000 remains over ten times that of the loudspeakers themselves.

Like the Devialet Expert 200, such audible success comes at a price that might seem wholly disproportionate to the LS50’s asking price, even more so the UB5. What’s the wallet watching KEF or ELAC owner to do? 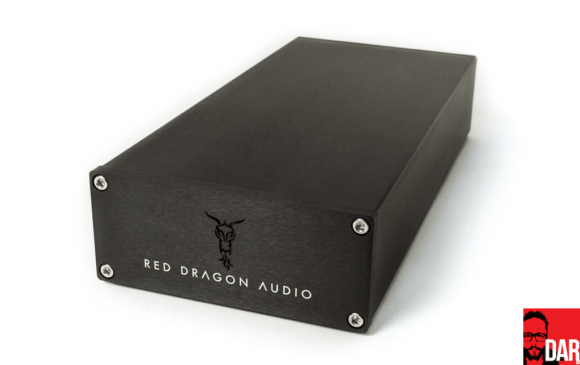 The obvious choice is to get as many watts for as few dollars as possible. If high current output isn’t specified by the manufacturer as an explicit draw card experience tells me that that least 100 watts per channel are necessary to hear the LS50 at (close to) their best.

One sure fire way to get the necessary go juice flowing into one’s entry level standmount is to go Class D which almost always returns a small form factor and an environmentally friendly power efficiency.

Soon after finishing my 2013 piece on a trio of integrated possibilities for the LS50, I took delivery of Wyred4Sound’s ICEPower mAMP monoblocks (US$1999/pair) that offered 250 wpc into 8 Ohms, 430 wpc into 4 Ohms. These were fed both by the matching mPRE (US$1099) and directly from a Resonessence Labs INVICTA Mirus (US$4995). The all W4S rig added greater tonal mass to the leaner, meaner sound of going DAC direct but in either configuration the mAMP’s drew such an enormously wide, deep and internally soundstage from the LS50 that I still talk about it to this day. The catch with the Wyred4Sound mAMP is you gotta run two. 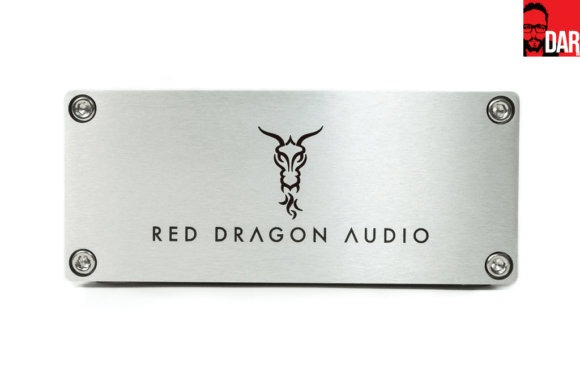 For their S500 stereo amplifier, Utah’s Red Dragon Audio drop a Pascal Class D module fronted by an in-house designed input stage into a single chassis and sell it factory direct for US$1999. Output power is rated at 250 watts and 500 watts into 8 and 4 Ohms respectively. However, bridge a pair of ‘em into mono as I have this year and you’re looking down the barrel at a gargantuan 1000 wpc.

Hooked up to the LS50, the Red Dragons’ big, clean audible personality comes immediately to the fore; there’s a take-no-prisoners attitude to dynamics and transparency that properly reward even the smallest upstream change. The S500 demand a BYO DAC/pre-amplifier.

Moving over the the Mytek Brooklyn (review forthcoming), DSD’s more laid back disposition is introduced via a Sonicorbiter SE streamer running HQPlayer and with upstream DSD upsampling enabled. What started life as slightly over-etched player outlines as PCM are transformed on-the fly into a presentation that the Red Dragons convey as finessed and delicate. 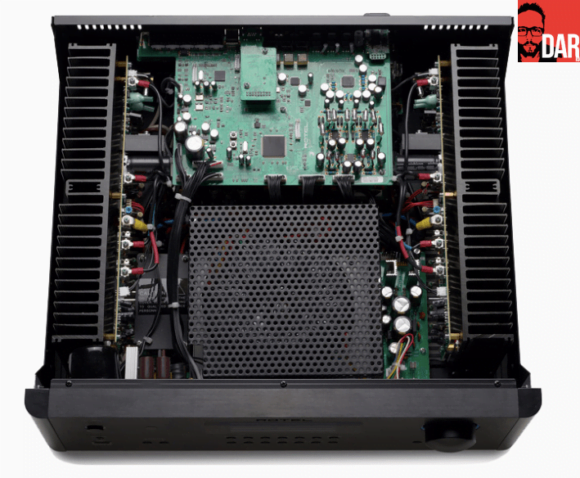 Don’t want the trial and error of matching (digital) pre-amplifier with a (pair of) shoebox Class D amplifier/s? You’ll need an integrated amplifier that doesn’t skimp on wpc and whose output stage runs in Class A/B.

Ty Pendlebury and Steve Guttenberg’s review of the ELAC UB5 reminds us of their nominal 4 Ohm impedance. The need for high current delivery comes as part of the deal. Then this:

“Finally, we put the NAD C 356BEE amp aside and hooked up a 200-watt-per-channel Rotel RA-1592 stereo integrated amp, and replayed some of the same music over both the Uni-Fi UB5 and RP-160M speakers. Both sounded better, but the Uni-Fi benefited more from the Rotel’s power reserves. The ELAC’s dynamics were now more viscerally felt, and our reservations about the speaker’s punch and energy all but vanished.”

The RA-1592 is a brand new (May 2016) addition to Rotel’s integrated amplifier line-up. So new that I’ve yet to hear it, hence deferring to Pendlebury and Guttenberg. A good time also to remind readers that this post should be seen as a heads up, not a review.

Applied to the UB5 or LS50 the RA-1592 would be for nought if it weren’t for its attendant muscle. As our CNET reviewer duo attest, the Rotel delivers. Its 200 wpc into 8 Ohms comes courtesy of a huge toroidal transformer, one that “won’t sag and distort under complex speaker loads or dynamic signal transients.” Rotel wind their own at their Zhuhai factory – been there, seen that – but the company don’t (yet) specify a power output rating into 4 Ohms.

Our third amplifier choice is also an integrated, one whose output rating might be wholly misleading if it weren’t for the manufacturer’s loud talk of high current delivery and peak power reserves.

Melbourne’s REDGUM Audio spent most of 2015 restructuring their line up of amplifiers. The wood-faced designs of old now make up the Amplifolia range. These remain made in Australia. The more cost effective Black Series see the same Ian Robinson-designed circuits but made in China; the remote control module comes fitted as standard.

Here, AU$3000 brings home 120wpc into 8 Ohms. However, experience with even the weaker Black Series EGi35ENR, an amplifier that drives the KEF LS50 at DAR HQ like no other modestly-rated integrated should, reminds us that REDGUM watts aren’t like other company’s watts. Theirs are altogether bigger. If you want to approximate the capacious soundstaging of the Wyred4Sound monos but don’t want to go with Class D, this is a fine choice; one whose 180 into 4 Ohms should work very nicely with the ELAC UB5.

Of course, those who don’t wish to play the game of mix n match; or those who think that dropping US$2k+ on associated electronics makes no sense; or those who would rather the connected amplifier/s be tailored to each driver and internalised within the speaker cabinet, you guys can wait for ELAC’s powered version of the UB5 or lobby KEF to activate the LS50.

Footnote 1: This shouldn’t be seen as an exhaustive list and readers are encouraged to share their own KEF LS50 or ELAC UB5/B5 amplifier pairings in the comments section below.