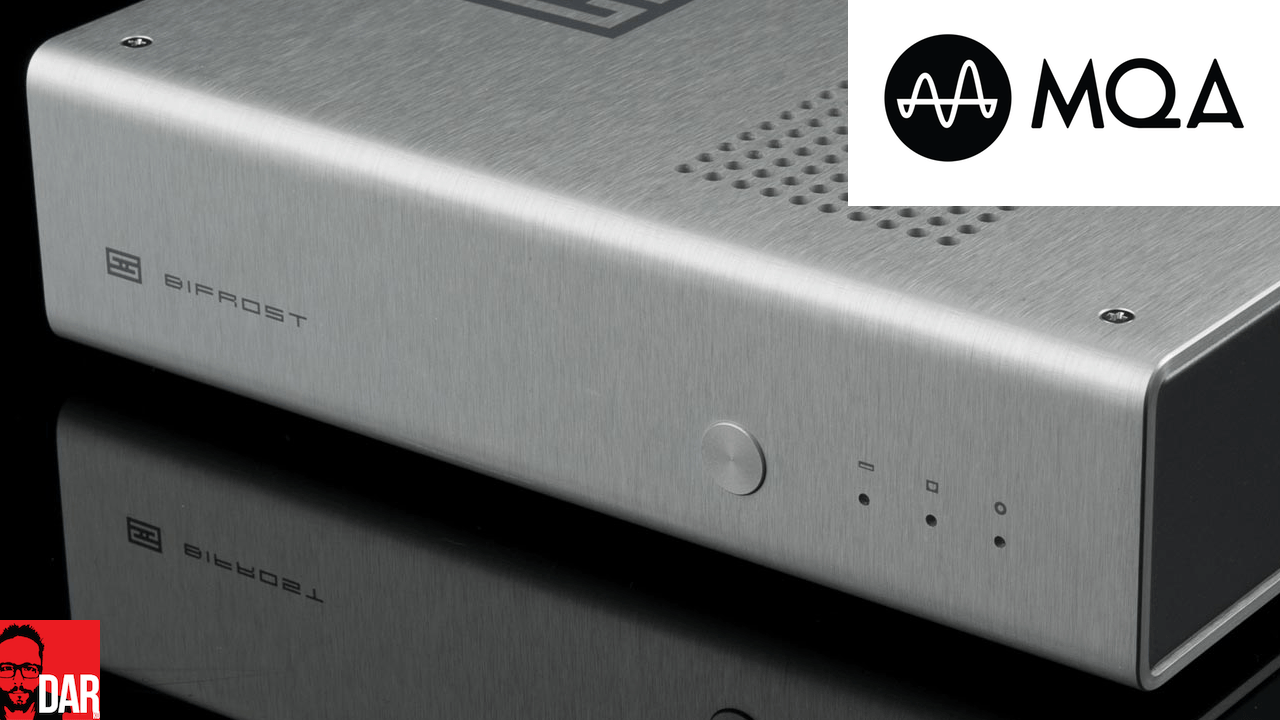 PREVIOUSLY ON MQA: a new file format that promises something for everyone but for which we would do well to wait until a sizeable catalogue arrives – 1000s not 10s – before getting all fired up about its potential to revolutionise the listening experience / music industry.

However, one Stateside publication has been quick off the mark to heap extensive and effusive praise on Bob Stuart and Peter Craven’s new digital audio format. “MQA revolutionises hi-res audio!” says the front cover. Too soon? Looking at the four DACs and two DAPs that ‘do’ MQA and a smattering of audiophile-centric downloads, I think it might be a case of premature enthusiasm. Liking what you hear is one thing but being certain of the future? I’m not so sure. That’s just me though.

It would appear that for others, promise of ‘The future’ is a powerful motivator. The word from more than one DAC company this month is that many audiophiles have begun phoning their respective headquarters, frothing at the mouth for MQA compatibility already despite their favourite artists/albums remaining unavailable in the new format. Do these guys not remember DSD?

Behind the scenes, a handful of DAC manufacturers are becoming increasingly restless that any premature press  coverage is effectively coercing them into including MQA compatibility in future products. It would seem that if it isn’t offered, catalogue be damned, a sale is lost. Who said the audiophile world was “all about the music”?

Several manufacturers have emailed DAR with these concerns but getting them to go on record hasn’t been easy. Rocking the boat, bucking the trend, going against the grain – or whatever – apparently isn’t their style.

Never ones to shy away from an opinion, Jason Stoddard and Mike Moffat, founders of California’s Schiit Audio, this morning issued a press release announcing something they are NOT going to do: offer MQA support in any of their D/A converters.

An unusual statement of intent demands an unusual approach from this commentator – to replicate said press release in its entirety. Copy, meet paste.

Before that, note that Stoddard and Moffat’s refusal of MQA isn’t a technical argument but one borne of market place and marketing logistics. “This decision is based on market factors, rather than any technical or sonic objections,” says Stoddard.

“Premature? Rash? Ill-informed? Contrary? Odd? Yes, perhaps it’s all of these things. But we thought it best to clarify our position on the proposed format, as a service to our customers or potential customers. They should be made aware of our decision, so they can choose another manufacturer who intends to support MQA, if they find the format valuable.”

And here’s the meat:

Schiit Audio announced that they would not be supporting MQA, a proprietary audio format claiming “studio quality sound you can stream or download.”

“Although there are still many questions to be answered about MQA, we feel we know enough to make a decision,” said Jason Stoddard, Schiit’s Co-Founder.

1. We believe that supporting MQA means handing over the entire recording industry to an external standards organization. MQA wants:

• Licensing fees from the recording studios

• Hardware or software access/insight into the DAC or player

• Subscription fees from every listener via Tidal, and/or royalties from purchases of re-releases by the recording industry

2. Our experience with standards-driven industries is sub-par. Consider the surround market. Companies making surround processors now have to support a dizzying array of different standards, none of which is a market differentiator, and the exclusion of any single standard can mean commercial failure. The result is a market in which competition is stifled and consumers are confused.

3. We don’t believe MQA is a differentiator for high-end DACs if it is available on phones. Consider SRS, the Sound Retrieval System, as an instructive example. Before being acquired by DTS, it claimed to be on “over a billion devices.” However, there is little evidence any consumers considered SRS a must-have, differentiating technology.

4. We consider MQA to be yet another “format distraction” that makes high-end audio more confusing and insular. This is a reflection of our position in the market—nearly 1/3 of our revenue is from $99 and under products, and we have one of the youngest customer bases in the industry. It is our experience that when someone starts getting into great audio, they just want a product that will make their current music sound better, rather than one that requires additional investment in streaming subscriptions or new releases.

5. We feel that, even from a market perspective, many questions need to be answered. When will we see MQA on Tidal? At what cost? What percentage of the library will be MQA? How many releases should we expect to see from Warner in the next 12 months? What will be the cost? Again, a historic example may be cautionary. Consider Sony and DSD. DSD is a Sony technology that they promoted, and yet they released very few recordings in DSD.

Mike Moffat concurred, saying, “In addition to the market questions outlined by my partner, there are many performance questions (about MQA) that cause great concern. Actual decoded bit depth for both MQA and non-MQA DACs, claims of ‘lossless,’ the need for MQA to tweak their decode algorithm for a specific DAC (and their ability to perform this optimization on-schedule for a DAC manufacturer who might be, well, a little smaller than HTC,) the impact on the DAC manufacturer’s own proprietary technology and product development, and the impact on the DAC manufacturer’s own competitiveness.”

Moffat further opined that Schiit Audio considers the further development of in support of the primary 16/44.1 PCM format to be of the most value to its customers, citing extremely strong
sales of Schiit Audio’s multibit DAC products, and the positive reception to its “DACs for the
music you have, not the music you have to buy,” message.

Asked if there was any chance Schiit Audio might support MQA if it became the dominant
format in the market, Moffat answered, “If it becomes the dominant audio technology, or even a very popular second-place format, we would have to evaluate it in the same way we evaluate other lossy compression standards, such as home theater surround formats, Bluetooth codecs, and MP3 variants.” [Our emphasis].

Some takeaways to cool your MQA fire:

MQA (the company) tell me that my own supply of MQA content is imminent. We will see. If my GMail inbox is anything to by, I suspect Schiit’s announcement won’t be the last relating to MQA; both against and for.

And isn’t the lynchpin of good journalism when covering more controversial subjects not to blindly subscribe to one position without first seeking out any opposing points of view and presenting them all to readers? Schiit’s is one such opposing PoV. However, it is only that – and a long way from calling for a boycott of MQA. 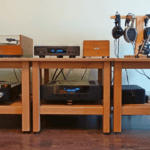 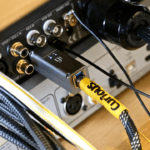