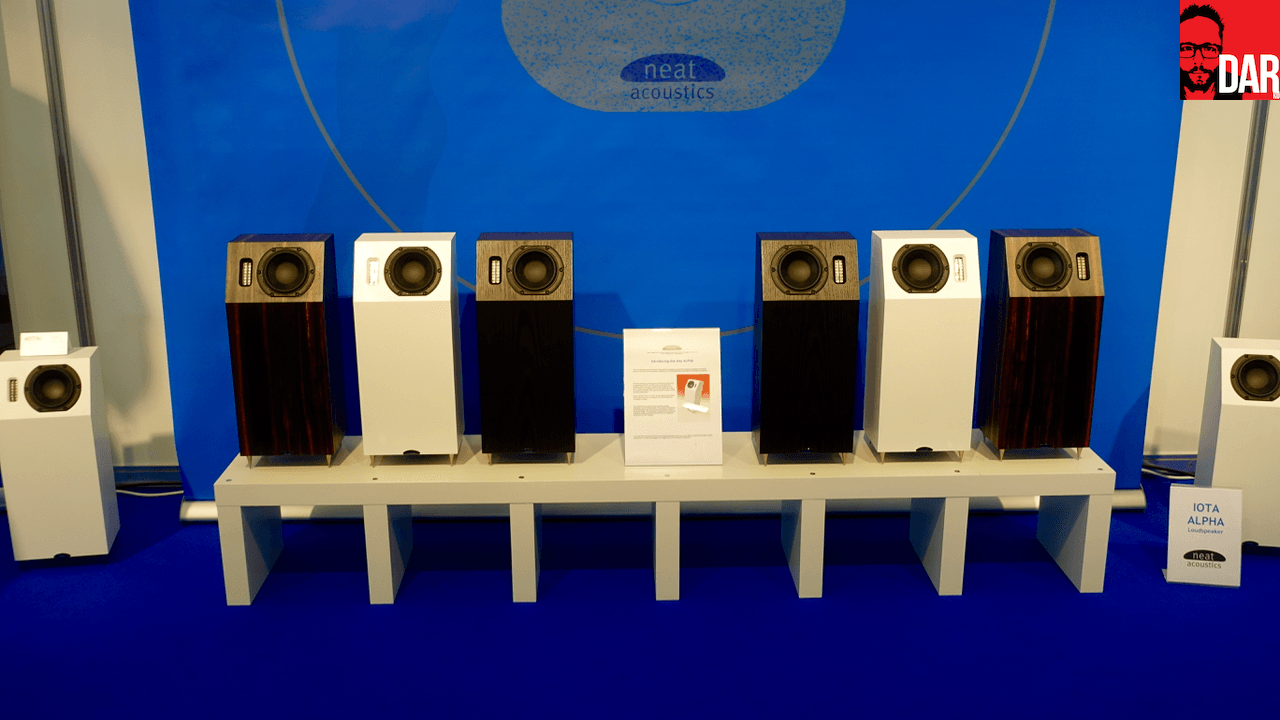 With one of the best names in high end audio, Co. Durham’s Bob Surgeoner heads up NEAT Acoustics, an acronym of North East Audio Traders – the hifi store run by Surgeoner before turning his hand to designing and making loudspeakers.

The IOTA’s unorthodoxy is that it is designed to sit on its side. That’s AOK for desks and sideboards but slightly more of a challenge when hunting down an appropriately styled speaker stand. Even more so if one opts for one of the IOTA’s livelier colour finishes: it’s available in satin black or satin white as standard but also Flame Red, Zinc Yellow and Ultramarine Blue.

At Munich High-End 2016, Surgeoner tackles the IOTA’s ‘which stand?’ issue head on with a small floorstanding iteration of the same. According to our host, the IOTA Alpha is an “IOTA on Steroids”; it’s for someone looking for a physically discreet floorstander. Surgeoner says his new baby will play even nice when positioned close to the front wall.

The newbie takes the same driver compliment as the original IOTA and seals it in the top section of the cabinet. Low frequency augmentation comes from a downward firing bass driver at the speaker’s base; some serious looking spikes provide the necessary clearance between driver and floor. Price in the UK? £1385 in standard satin black or white. The Ebony Macassar finish attracts a small premium (TBC). No word yet on colours; the blue pair were ‘show demo only’.

We’ll forgive Surgeoner the done to death Boz Scaggs cut as it showed off quite nicely the IOTA Alpha’s surprisingly wide soundstage along with its rather good bass weight. Quite the find. 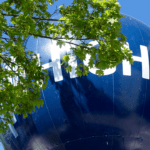 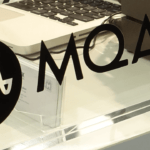