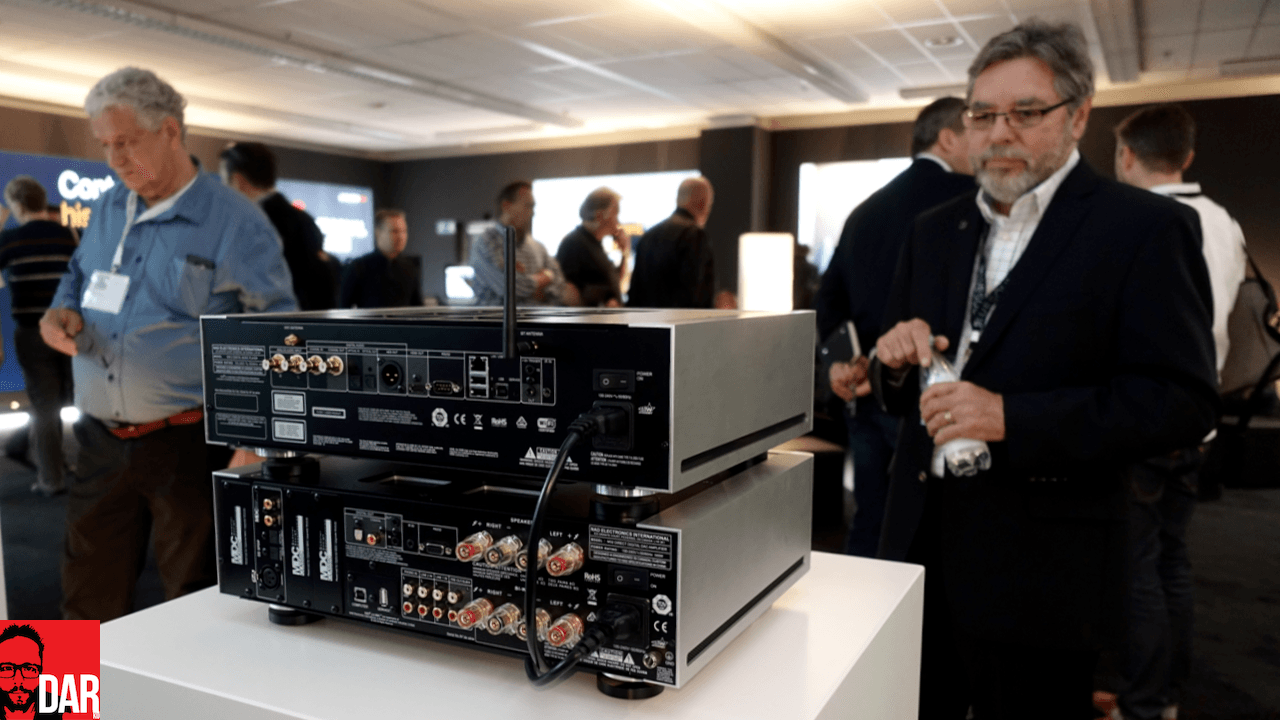 The most famous integrated amplifier of all time? A case could be made for the NAD 3020, an amplifier recently re-imagined by the now Canadian-owned company as the D(igital) 3020 (covered here, here, here, here and here).

Aesthetically, the D 3020 bears zero resemblance to the original. So too does the amplification technology featured therein.

However, both units share a common functional theme: integration of pre- and power amplifier staging with extras rolled in. The original featured an MM phono stage and headphone amplifier whilst the new fella traded in turntablism for D/A conversion.

In other words, NAD know integrated amplifiers. Which is possibly why NAD’s introduction of a new Master Series some two years ago had some folk scratching their heads at the absence of a Master Series integrated. NAD instead pointed users back toward the all-black Direct Digital C390DD (covered here and here). 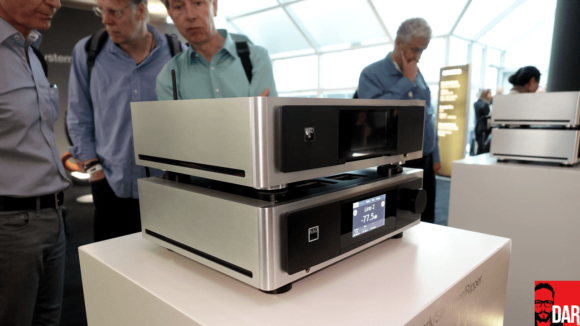 Good news for NAD integrated lovers from Munich High-End this year! Greg Stidson was on hand to talk us through the company’s new Master Series integrated: the M32 will sell for US$3499, roughly half the price of the M12/M22 pre-power combo, but Hypex fans should note that this is NOT an nCore-based amplifier.

Think of the M32 as a DAC that amplifies. Like the C390DD, the M32 is a Direct Digital (PWM) device that serves up 150wpc into 8 or 4 Ohms with “substantial current capabilities”.

Digital inputs include AES/EBU, 2 x coaxial, 2 x Toslink and asynchronous USB digital. Back on the menu as standard this time out is a MM phono stage and a pair of line-level inputs. All incoming analogue signals are digitised at point of entry before being sent down the line. 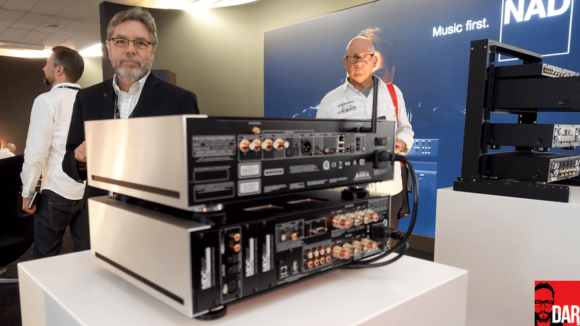 Outputs include pre-amplifier and subwoofer and two sets of loudspeaker binding posts which are for the convenience of bi-wiring only (and not dual zone). Configuration and control comes via remote wand or front-panel TFT touch screen (which didn’t feature on the C390DD).

Want more connectivity? The M32 retains the C390DD’s MDC modular board extensibility with the BlueOS streaming module available for an additional US$500.

This isn’t just an integrated amplifier but (what I call) a super-integrated.

Sat on top of the M32 in NAD’s (powered) static display was the second new product launch.

The M50.2 is a file server with 4TB of internal storage, a “more sophisticated” BlueOS streamer (than the M32’s MDC card), a CD ripper and – interestingly – a CD transport. BYO DAC though as its outputs are digital only. aptX Bluetooth connectivity is also included.

Recalling the Sonos Connect’s functionality, the 50.2’s line-level input can be streamed to other BlueOS devices on the same network. Pricing for the M50.2 clocks in at US$4000. 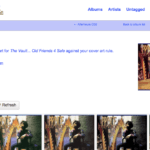 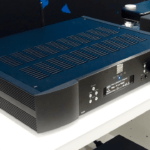